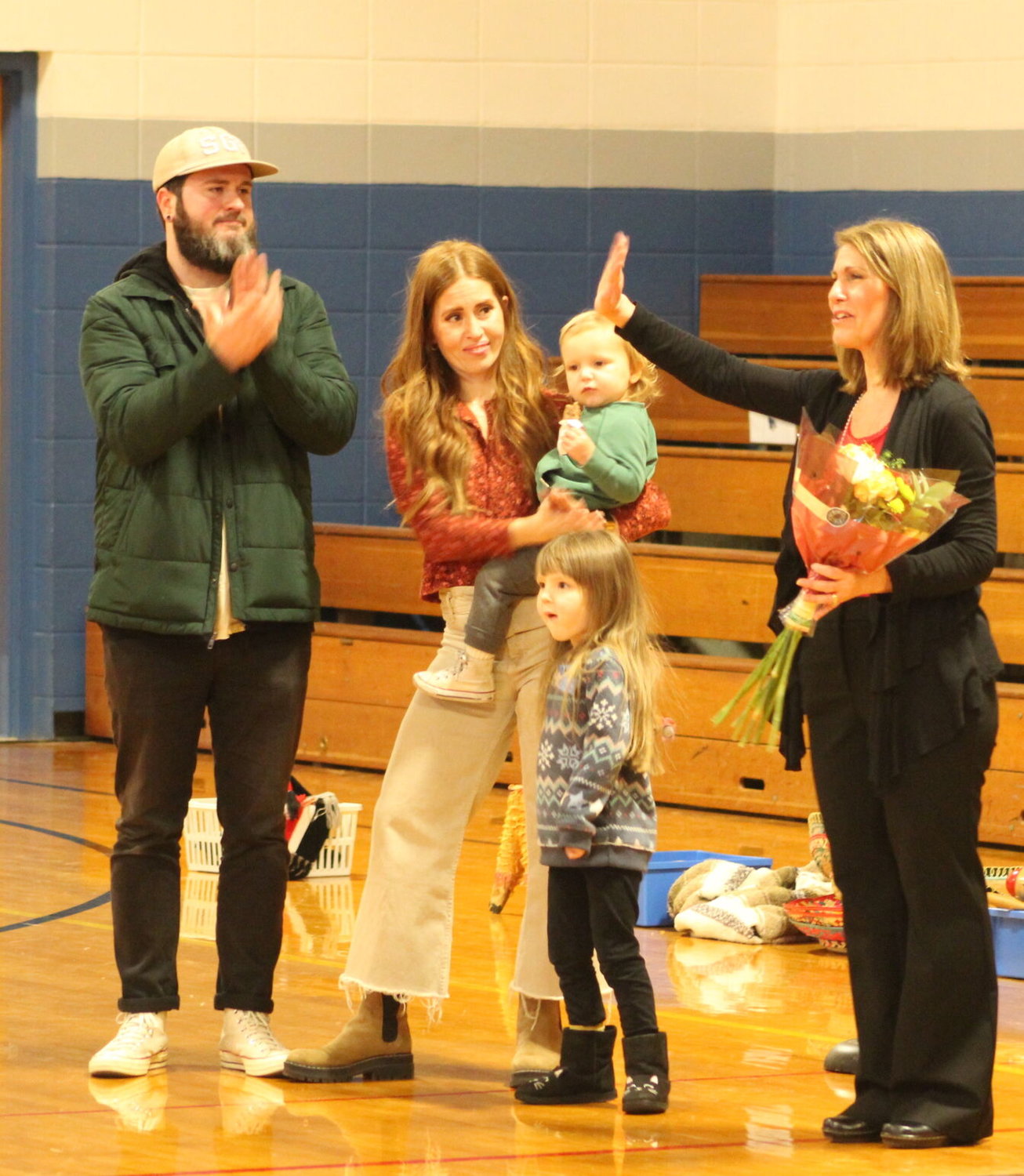 Give another round of applause! Standing with her family, Mrs. Kimberlee Kicker announces her retirement after teaching music to the students of Webster Elementary after 27 years. Mail Photo by John "J.T" Jones
Posted Wednesday, December 28, 2022 2:00 am
By John “J.T.” Jones johnj@marshfieldmail.com

The 2nd grader classes sang wholesome songs led by Mrs. Kimberlee Kicker. But this was not just a Christmas concert. After 27 years of teaching for the R-1 School District, Mrs. Kicker has announced that she is retiring this year.

During the school year, "I've had to reassure the students and tell them that I'm still teaching for the rest of the school year." Kicker giggles. She then reflected on her announcement. "It is a bittersweet moment. I'll miss the performances, even more so than the classes."

Kicker's 27-year career includes teaching every students of Webster Elementary. She also worked with the Bluejay Singers, formerly the Junior Jays. Kicker was also involved with the Jaywalkers for 12 years.

Just because Kicker is retiring does not mean she is slowing down. She has lots of plans.

"I have six grandkids I will probably see more often. I will also check in on my parents more often."

On behalf of Marshfield and Webster Elementary, we thank you, Mrs. Kimberlee Kicker, for the countless concerts and memories you helped create.