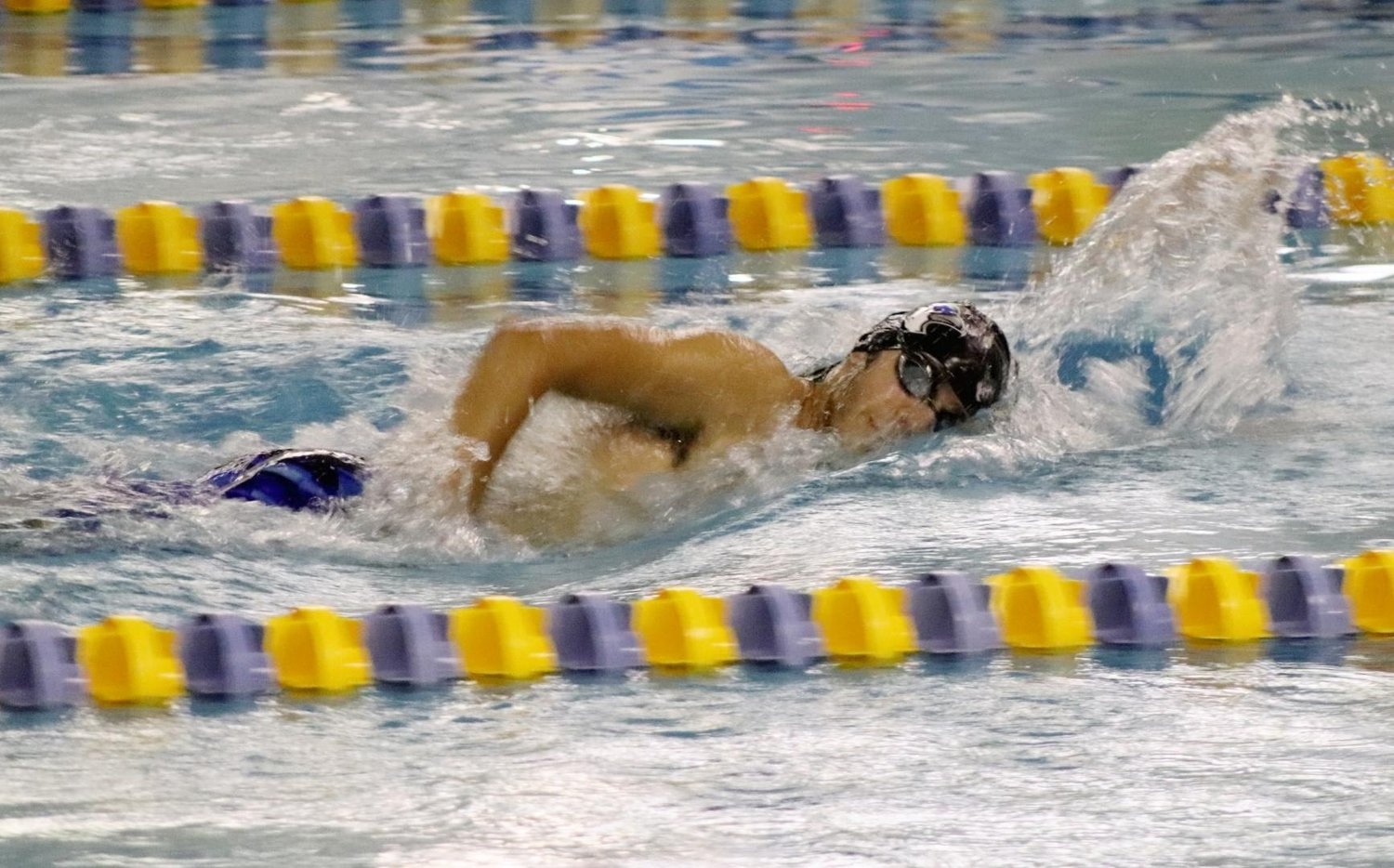 Senior Preston Dotson had two personal records and placed 3rd in the 100 butterfly and 3rd in the 50 Freestyle at the meet on Thursday September 15.
Contributed by Ann Leonard
Posted Wednesday, September 21, 2022 12:00 am
By Amber Brand amberb@marshfieldmail.com

The Marshfield boys swim team competed at the Foster Nat. On Thursday September 15 against six other schools. Several members of the team hit personal records at the meet.

*Preston Dotson had two PRs and placed 3rd in the 100 Butterfly and 3rd in the 50 Freestyle.

*Wyatt Davis had a PR in his 200 Freestyle and placed 5th, he also placed 6th in the 100 backstroke.

*Hayden Davis had a PR and placed 8th in the 100 Breaststroke.

*Josiah Howald had 3 PRs, Garrett Clark had 4 PRs, (taking as much as 7 seconds off his 100 Freestyle), and Cougar Vannest also had a PR in his 100 freestyle.