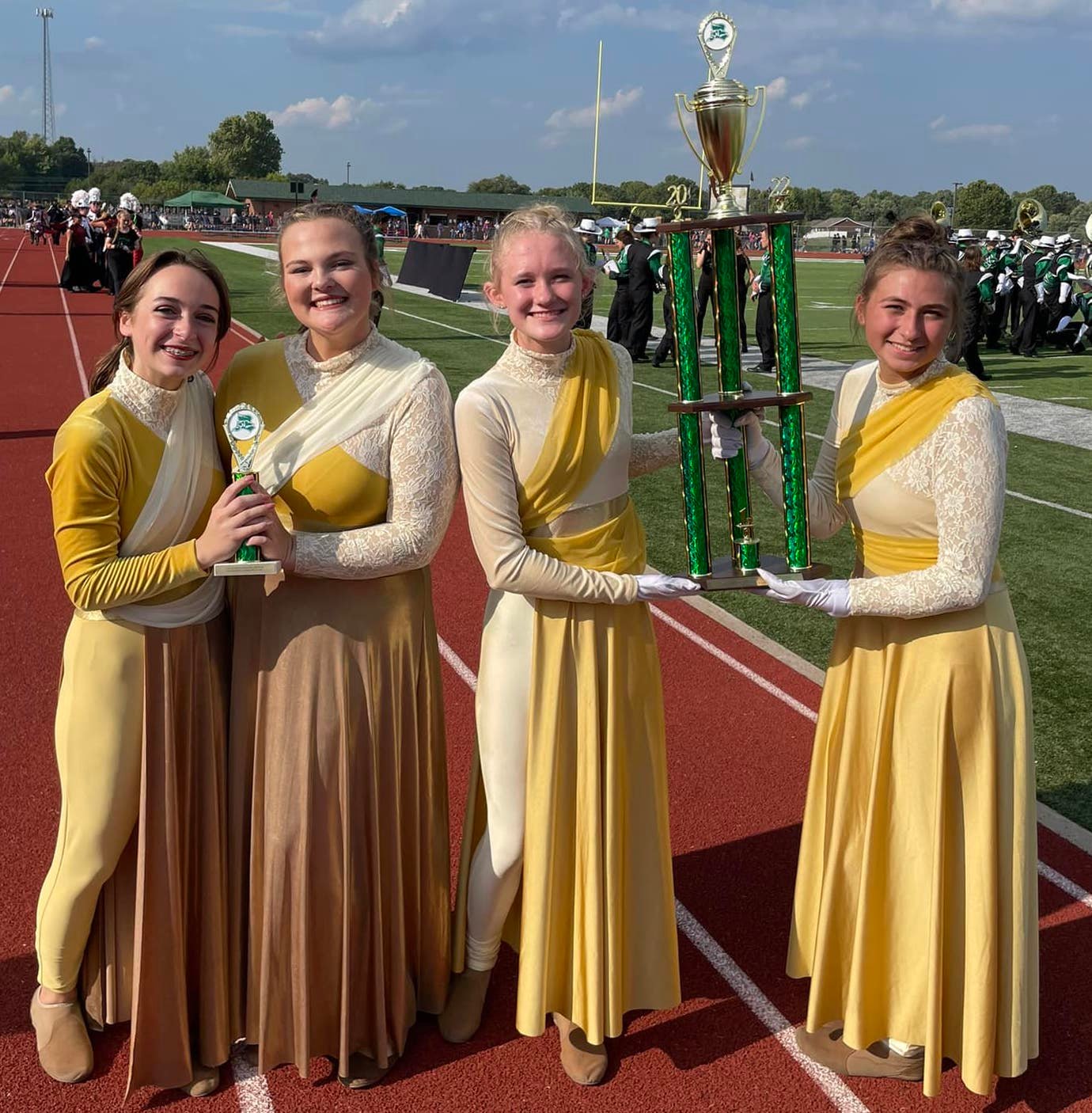 While the football fields on Friday nights, go to the football team; Saturday mornings, it goes to the bands. On Sept 17, several bands gathered at the Nixa football stadium to exhibit their performances. Marshfield and Logan-Rogersville were given a chance to toot their own horns. After performing, both schools received pointers from marching experts.

Using those tips, four buses full of L-R Wildcats band members shuffled their way over to Carl Junction to compete in their first competition of the year. Once they arrived, the L-R band competed against some of the state's best bands. The band performance is called Camp LR, which was full of beautiful sounds, props, and bears. The performance follows the band as they go on a camping trip. This delightfully campy performance earned the L-R marching band first place and grand champion. Talk about starting the year off on the right note.

Last Saturday, Sept 24, had both bands in different directions. The first note played was in Mt. Vernon high school, where the Marshfield Bluejays performed their show Elevated. The Bluejays' performance undoubtedly exceeded the judges' expectations. As a result, they were given silver wings, knocking out some serious competition, such as SC, L-R, Nixa, and Strafford. Meanwhile, in Rogersville, they held a talent show showcasing various students from the district and their unique skills. As the performances went on, a silent auction benefited the Wildcat band. The auction included baked goods, L&R merchandise, raffles, and services offered by local businesses.

"We are very thankful to all the kind people who donated and to the band boosters who did an amazing job organizing this huge event," shares a very grateful Steve Palen, Band Director for the L-R high school band.

Both bands will continue to march throughout the year, and we here at the Marshfield Mail will do our best to provide coverage updates.