Wildcats take it in 3 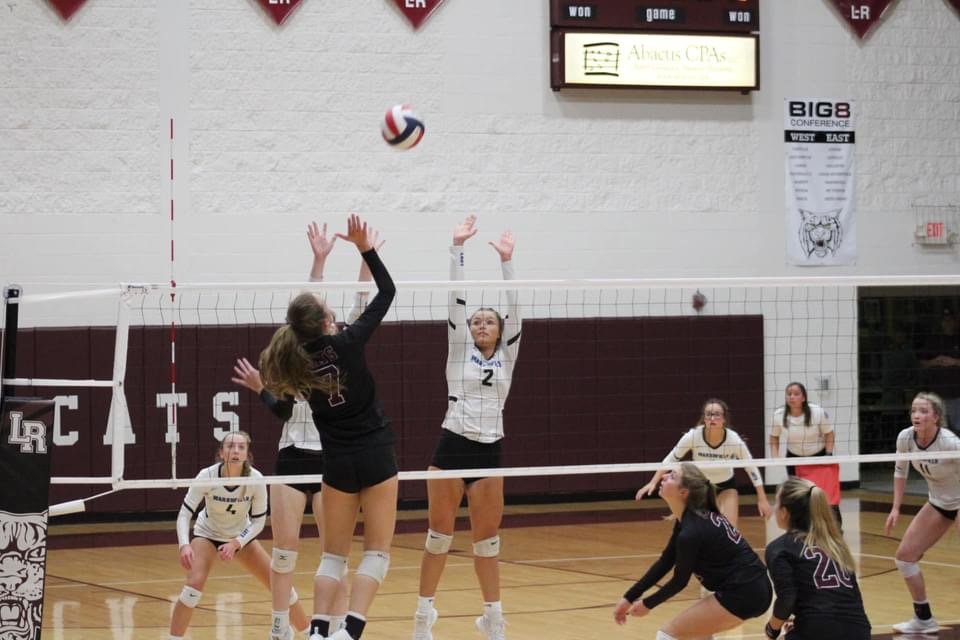 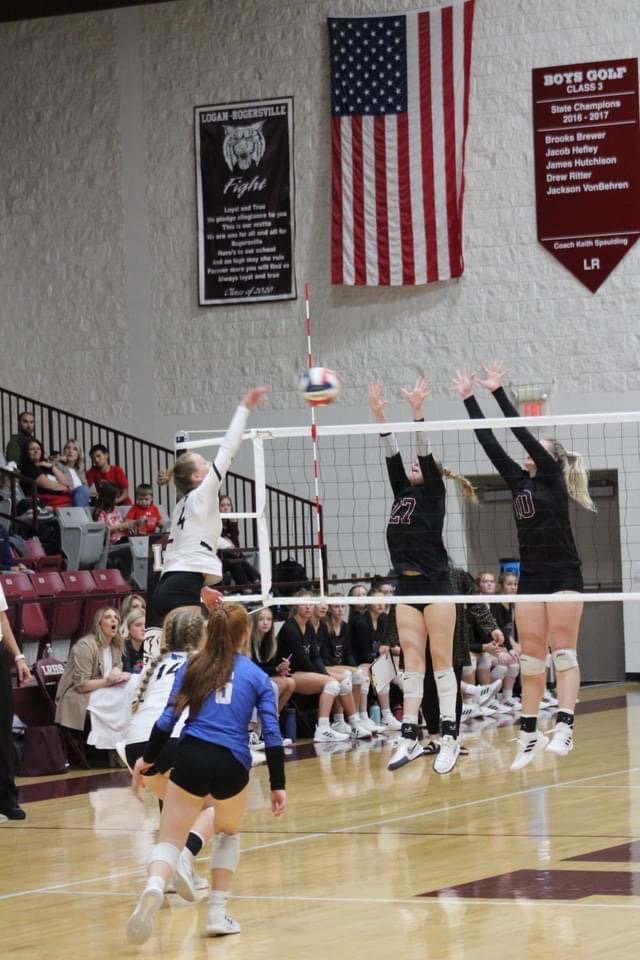 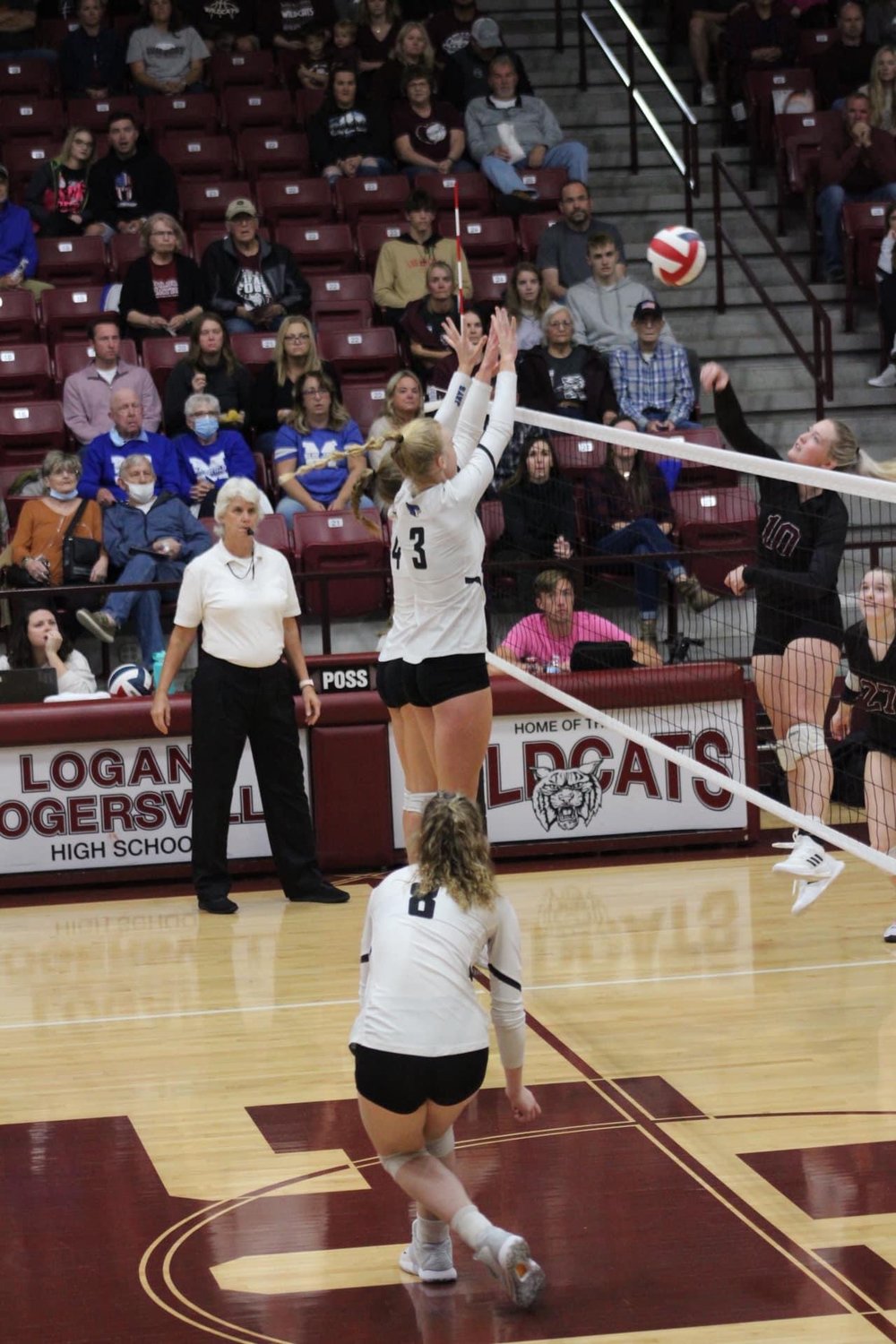 On Oct. 23, Marshfield High School’s Volleyball Jays faced the Logan-Rogersville Wildcats. The two were competing against each other for the first round of district play.

In the first set of the game, Marshfield and LR stayed neck and neck. With good defense and offense on both sides of the court each team had to work hard to earn their points.

“We had a great defensive game both at the net and in the back row,” Coach, Emily Hutcheson said. “We were connecting really well with our outside hitters. Both Linehan & Reel were swinging with power and executing well.”

In the first set Brianna Linehan, senior for Logan-Rogersville, was set up for a big outside hit. The senior hit the ball hard but Marshfield sophomore Lauren Luebbert was at the net blocking the ball allowing Marshfield to take the lead 6-5.

Rogersville trailing 6-7, Linehan goes back up for a hit. Abby McBride, sophomore for Marshfield dug the ball allowing the volley to continue. Sophomore Mollie Thomas, for Marshfield, was then set up for an outside hit missing by just a few inches tying the score 7-7.

Volleying back and forth for the entire first set and not getting within more than 5 points of each other, Logan-Rogersville ended up winning the first set 20-25.

The second set held the same outcome as the first. The teams did not get within a five point spread of each other. McBride went up for a hit early in the set, making it over and unrecoverable, she allowed Marshfield to take the lead 3-2. At the end of the second set, Marshfield’s Lubbert had another great block, but Logan-Rogersville was able to come back and take the set 25-22.

“We played 3 close sets with Rog, and we just weren’t able to finish any of them,” Jarod Olson, head varsity coach said. “The biggest challenge we faced on Saturday was our passing. We struggled to get in system so we could have a consistent offense. That allowed Rogersville to have a lot of offense, and they did a good job with that. We did do a pretty good job defensively, and we made it difficult for a ball to hit the floor on us.”

The district game went to three sets. While the Jays battled defensively and offensively, Logan-Rogersville took the game 3-0.

“I definitely had nerves going into the game,” said Hutcheson. “There is a lot on the line. I also think that nerves are a sign of respect for your opponent. You understand the strength of the program and team you are going up against. Marshfield is a young athletic team with a great coaching staff. I focused on reminding our players to control our game, play by play.”

The Wildcats competed against Willard on Tuesday, Oct. 26 at Logan-Rogersville High School for their second game in district play. See more in next week’s edition of the Marshfield Mail.