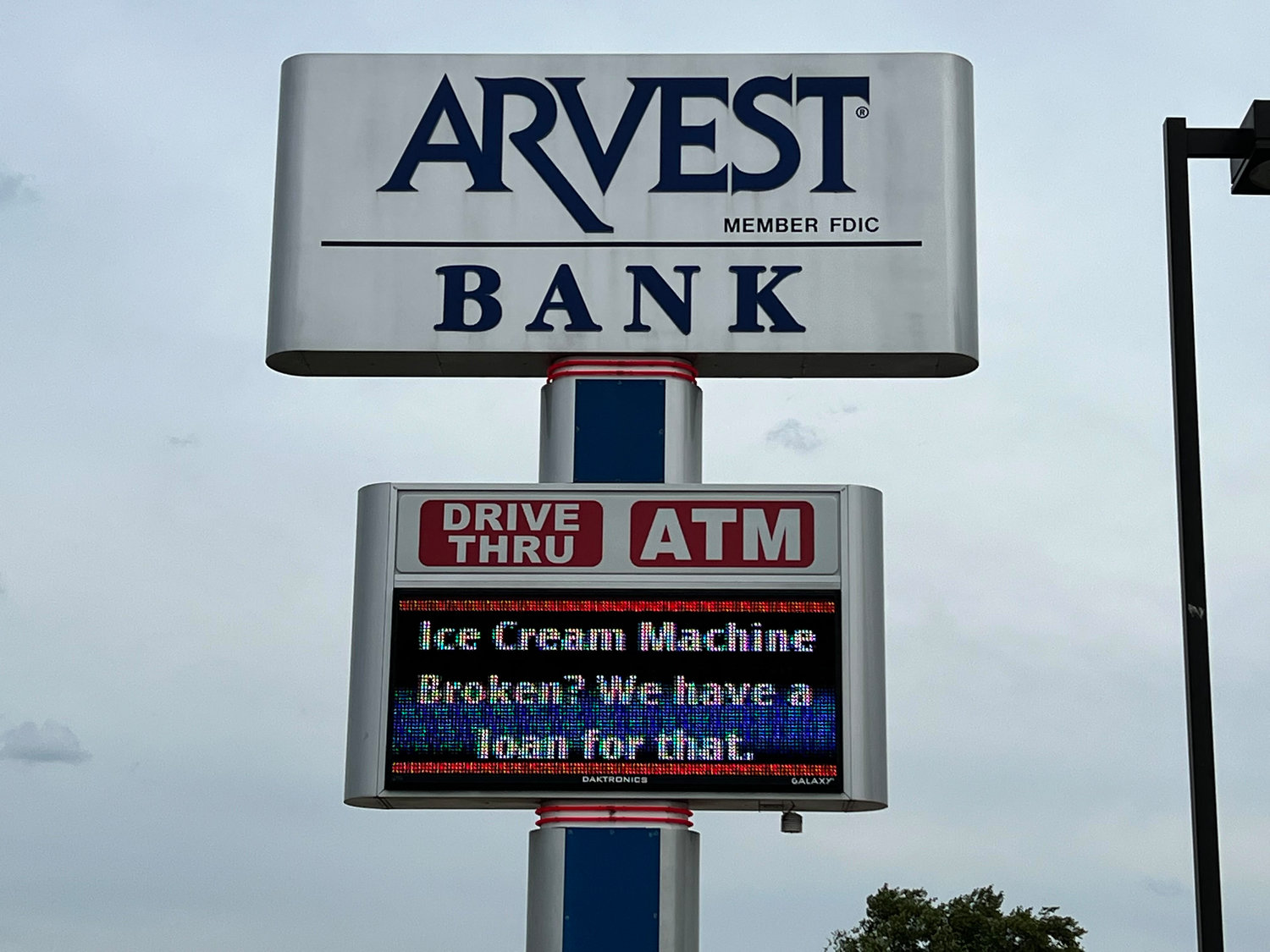 Arvest chimed in with an invite to apply for a loan. According to the comments on Facebook, Arvest was being touted the “winner” of the internet for this sign.
Contributed Arvest Bank 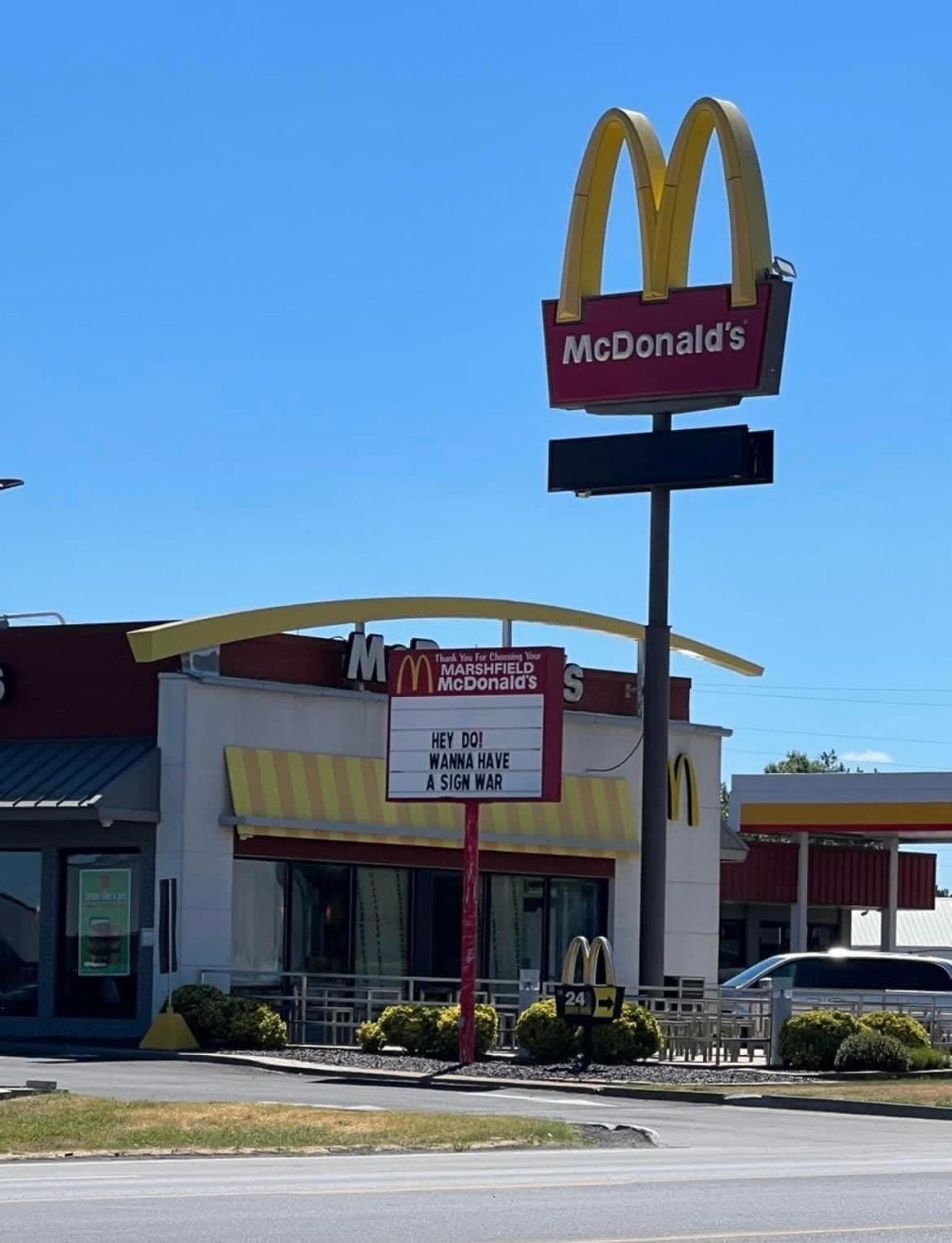 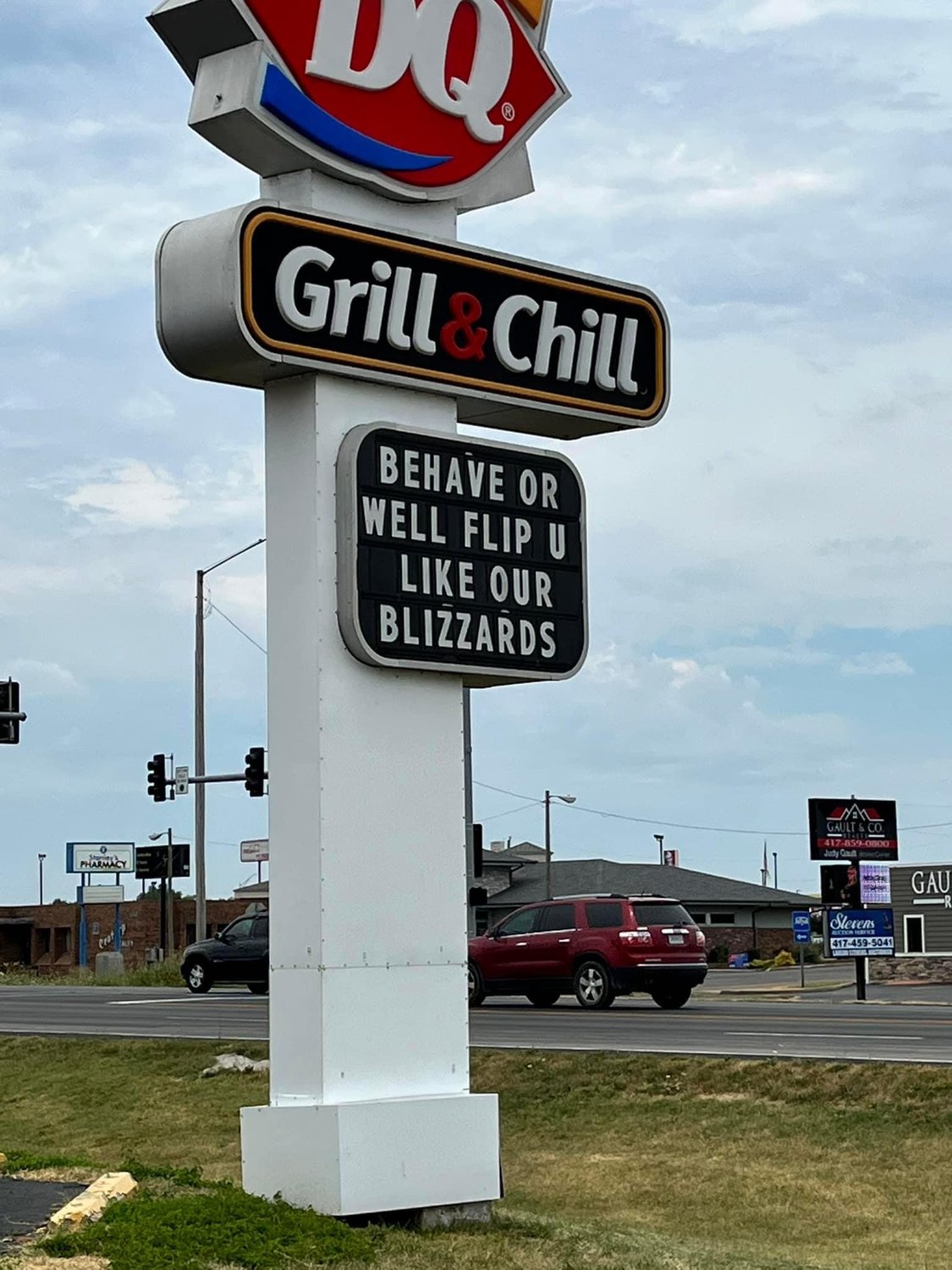 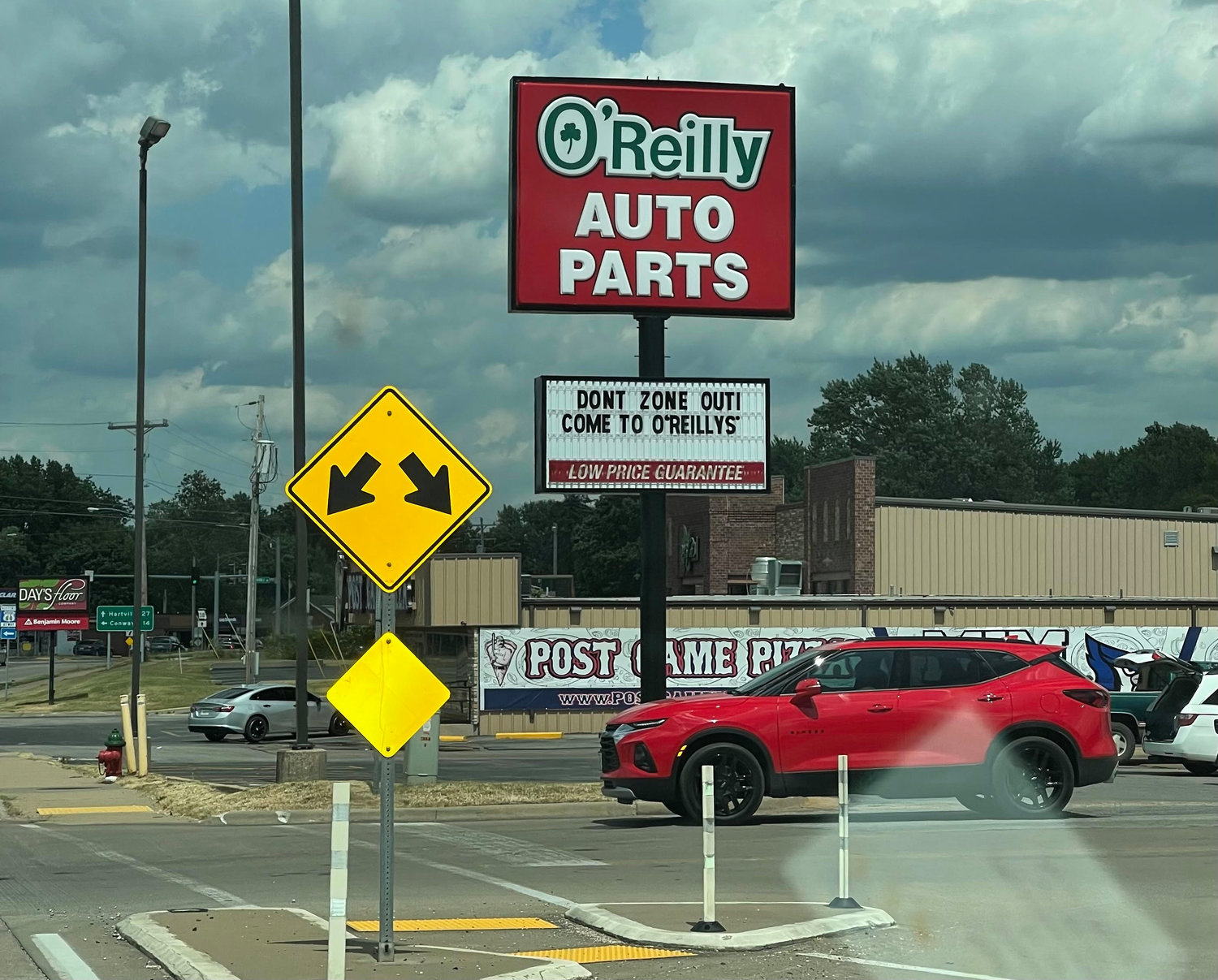 O’Reilly jumps into the sign war with a play on words. Is that a challenge to their neighbor Autozone across the street?
Amber Brand
Previous Next
Posted Wednesday, July 20, 2022 12:00 am
Amber Brand amberb@marshfieldmail.com

This past week started out as any other hot week of July. The natives were restless, hot and a little bit irritable. With gas prices in a holding pattern at just over $4 and the heat wave and drought beating down on Marshfield, the whole city was in a bit of a funk.

That is until one local McDonald’s employee named Mario had an idea. “We were just trying to find something to bring some fun to town, and we came up with that,” shared Mario. “I give a lot of credit to Kelsey the GM that let me do it.”

The sign war started on Thursday July 21 with McDonalds changing their sign board to say “Hey DQ! Wanna have a sign war”. Within hours of the sign going up, citizens of Marshfield and Webster County were on the edge of their seat waiting to see how DQ would respond.

DQ clapped back to McDonald’s to say “We would but were too busy making ice-cream” and from there, the war was on. Arvest Bank and Judy Gault were two of the others businesses to join in the fun right away.

The Marshfield Area Chamber of Commerce made a post on Friday saying “We are enjoying watching the sign wars!…” the post went viral on Facebook with over 10 million views and nearly 100,000 shares; people across the U.S. started to tune in for sign updates.

By Saturday several businesses from banks to boutiques had jumped into the sign war while McDonald’s and DQ continue to go back and forth.

With most of the fast food joints on the main strip participating in the sign war, what has followed has been days of fun, laughter, and anticipation as Marshfield (and now the world) watch to see who can one up the next.

The sign war was picked up by today.com, usanews.com and people.com which has lead to an even larger interest across the United States with people commenting on the Marshfield Chamber Facebook page all the way from California to Pennsylvania and as far as New Zealand-and pretty much everyone has the same thing to say, “We needed the laugh”.

“I love Marshfield…it’s a great community. It’s a very close community and very supportive. I am glad we could bring some fun…,” shared Mario when he found out that his little bit of fun had gone viral.

To see all the signs from the sign war follow the Marshfield Area Chamber of Commerce’s original post. Signs are being posted to the comments as they come in.