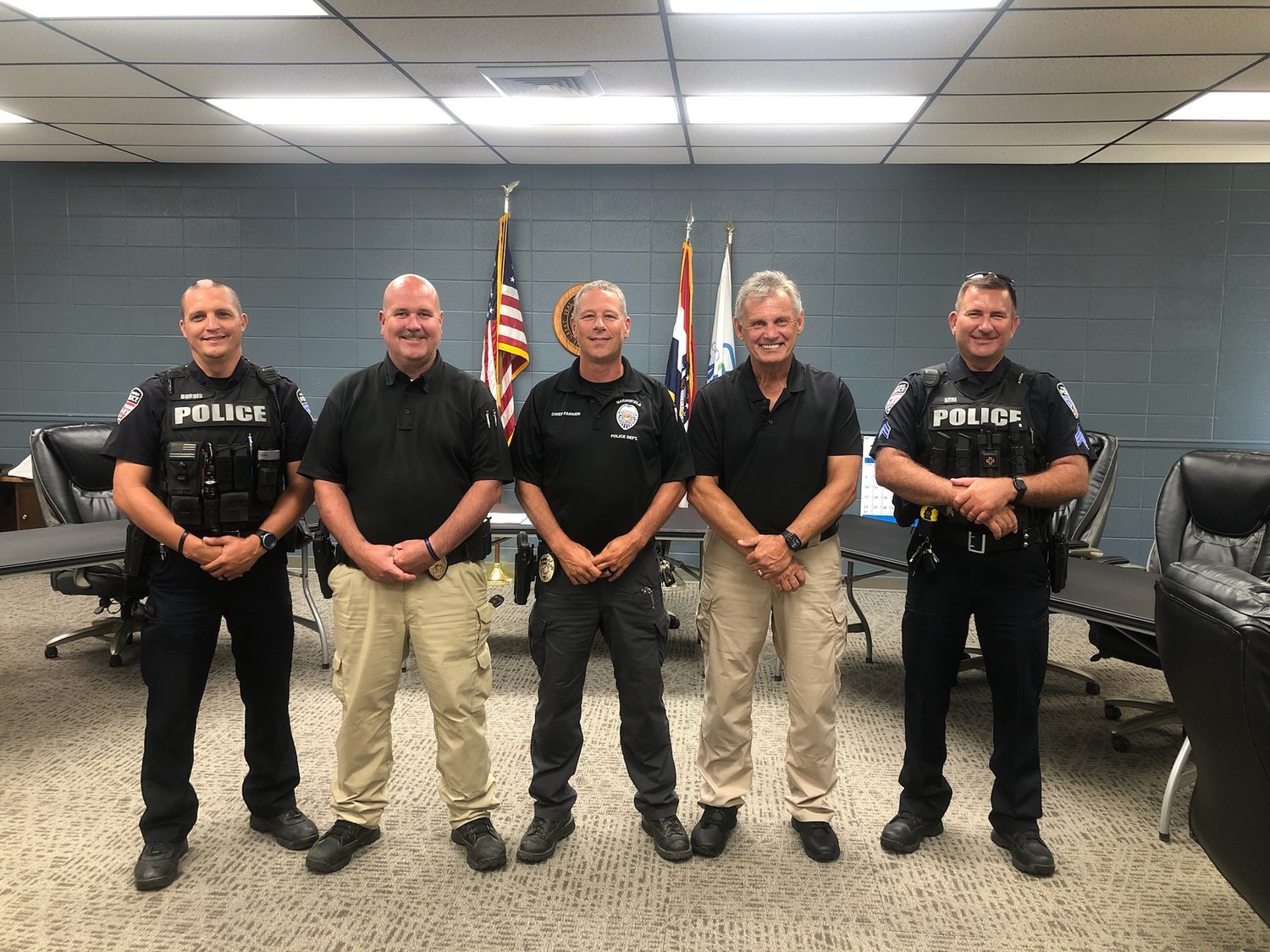 Marshfield’s Finest stands together as they welcome a Rick Hamilton as their newest on-reserve detective. “We are so lucky to have Hamilton, he has about 25 years experience. He is known for having a pretty hard work ethic and being thorough. We are very grateful, and all our guys are supportive,” shares Marshfield Police Chief Doug Fannen. Pictured from left to right: Officer Josh Burris, Detective Joe Taylor, Chief Doug Fannen, Reserve Detective Rick Hamilton, and Sergeant Richard Neal.
Mail Photo by Alyssa Andrews
Posted Wednesday, August 10, 2022 12:00 am
By John “J.T.” Jones johnj@marshfieldmail.com

There is a new name joining the ranks of Marshfield’s law enforcement., but make no mistake, this new name brings years of experience under the badge. His name is Rick Hamilton, who was sworn into the Marshfield Police Department on Aug 8 as Marshfield’s latest Reserve Detective. Hamilton will be working with Detective Joe Taylor, and Marshfield’s Police Chief Doug Fannen is more than excited to bring a seasoned professional on board.

“Between Hamilton and Detective Taylor, they have the most experience in investigations, knowledge, solid backgrounds and certifications,” Fannen explains. “He (Hamilton) is bringing experience to our department that we couldn’t get by hiring a young officer… We feel pretty lucky.”

Hamilton worked previously at the Webster County Sheriff’s Office, where he worked as an investigator for about 25 years. Hamilton’s main focus with the Marshfield PD will be crimes against children, drugs, and human trafficking.

Hamilton retired from the Sheriff’s Office less than a month ago and received numerous offers from other departments and counties to join their force. When considering working for another department, Hamilton admits there was no contest, “I knew Fannen for years and have always admired Marshfield PD, I’m impressed with their level of professionalism and so for me there was not even a choice.”