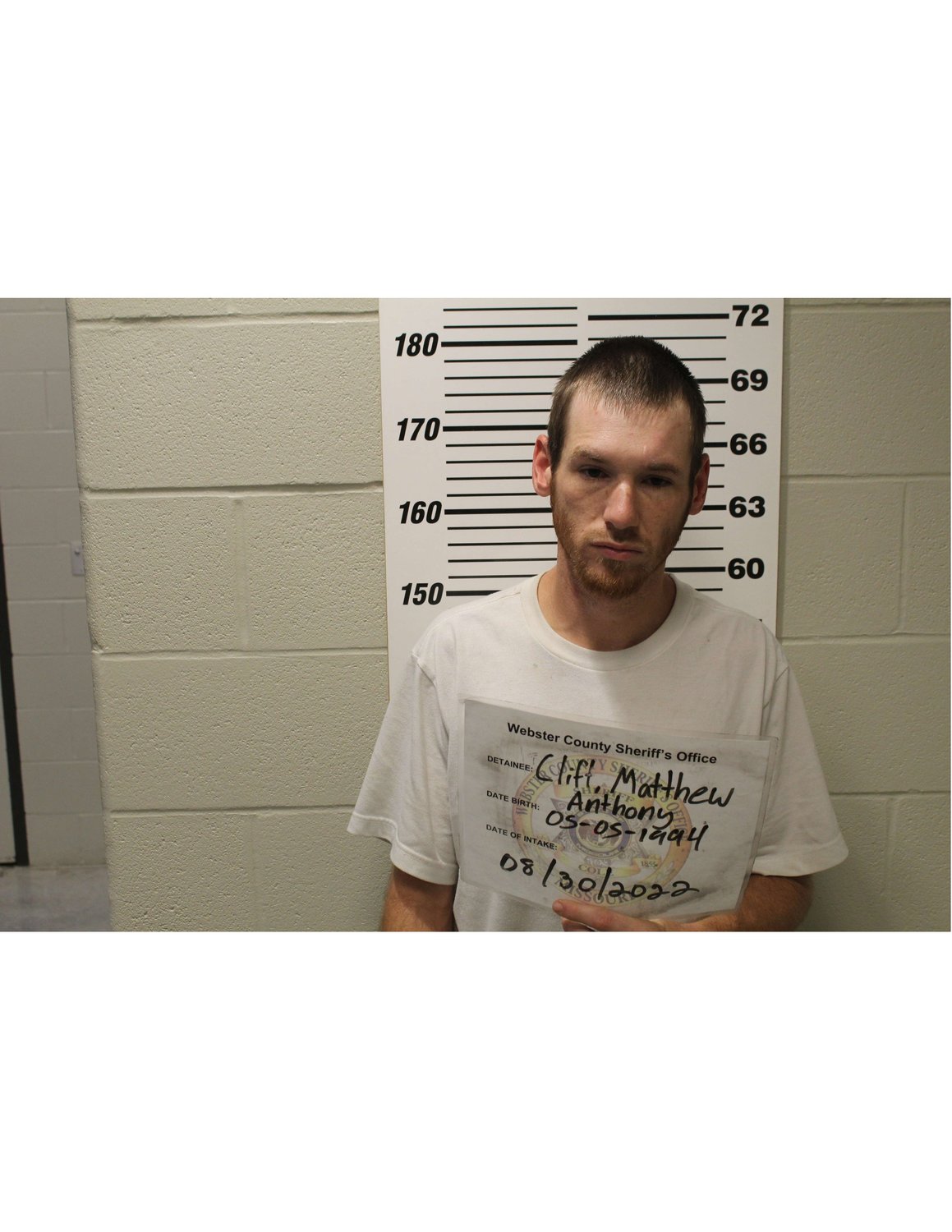 Matthew A. Clift of Marshfield is facing multiple charges following an incident on Aug 28. Clift is charged with Class B Felony for second-degree assault, Class E Felony for resisting arrest, and Class A misdemeanor for Stalking in the first degree.

The incident started late in the evening of Aug 27; Clift and the victim both attended an encounter group, and both got into their respective vehicles. As the victim was driving home, they noticed Clift's car was following them. Upon arriving home, the victim hid as Clift pulled into the driveway of the victim's house and proceeded to look through the windows of the home with a flashlight. Frightened, the victim called a family member, who then made a call to  911.

Not long after midnight, Deputy B. Dudding of the Webster County Sheriff's Department arrived on the scene where he found Clift's car still in the victim's driveway. Dudding saw Clift approaching him from the victim's house. The deputy identified himself and ordered Clift to show his hands. Clift ignored the command. After the second warning, Clift complied by showing his hands but continued to walk toward Dudding. After ignoring multiple orders to stop, Clift lunged toward Dudding, attempting to grab him. Dudding assisted Clift to the ground and attempted to arrest Clift, however, Dudding realized that with Clift’s free hand, Clift attempted to grab a weapon off Dudding's belt. Alerted to the potential danger, Dudding quickly restrained Clift.

Clift pled not guilty to the charges at his initial appearance in court and is currently in jail with a $100,000 bond. Clift will have a bond reduction hearing with Judge Chuck Replogle on Sept 13.