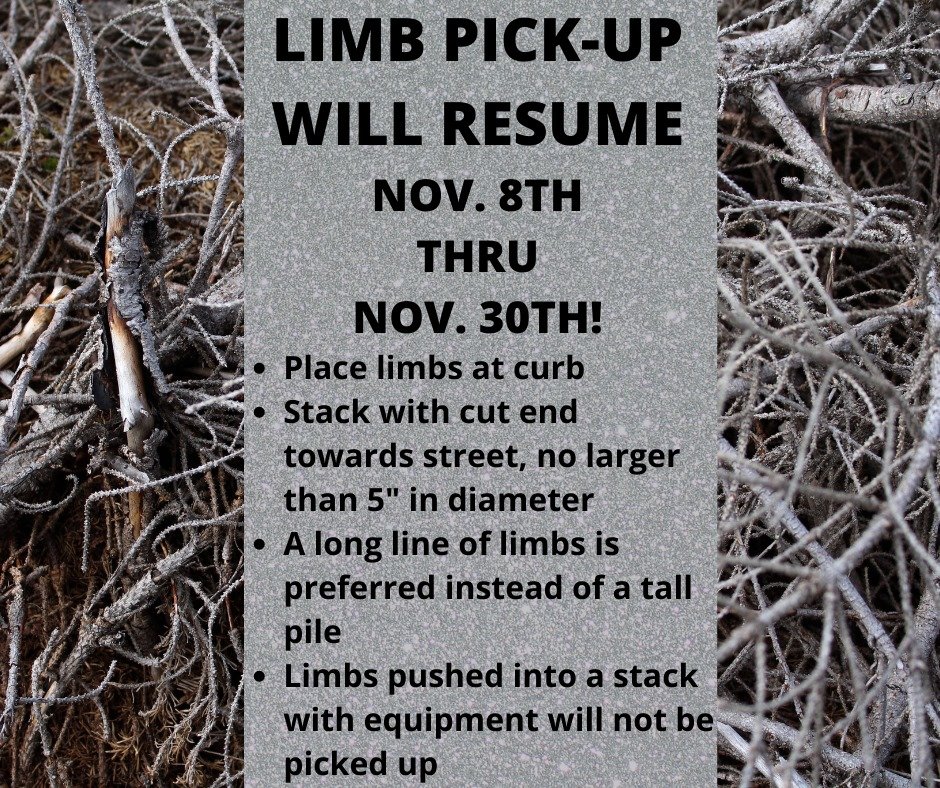 Crews from the City of Marshfield will pick up limbs from residential addresses starting Monday, Nov. 8 through Tuesday, Nov. 30. This service is meant for non-commercial disposal of limbs throughout the city.

“We have a leaf dump that we’re going to be opening but there are absolutely no limbs that will be able to be dropped off at that,” said City Administrator Sam Rost. “That’s why the city goes curbside to pick up limbs three or four times a year.”

Requirements for limb pick-up are as follows:

– Limbs need to be placed at the curb, clear of any ditches.

– The brush needs to be placed on the curb with the cut ends facing toward the road.

– No larger than 5 inches in diameter

– Avoid stacking large numbers of limbs in large piles. A long line of limbs is preferred over a tall pile.

“It takes our crews a long time to pull limbs that are in a large pile… if they’re stacked so high they just tangle and get stuck together,” Rost emphasized. “We would rather have those limbs stacked in small piles all along the edge of their property, rather than one big pile.”

Additionally, limbs that have been pushed into a stack with any kind of equipment will not be picked up.

“If you use a machine to pile your limbs, we can not pick them up,” he added. “They have to be separated and in manageable piles for us to haul them off.”

Those planning to take advantage of this free service from the City of Marshfield should have their limbs out no later than Sunday, Nov. 7 to ensure pick-up.