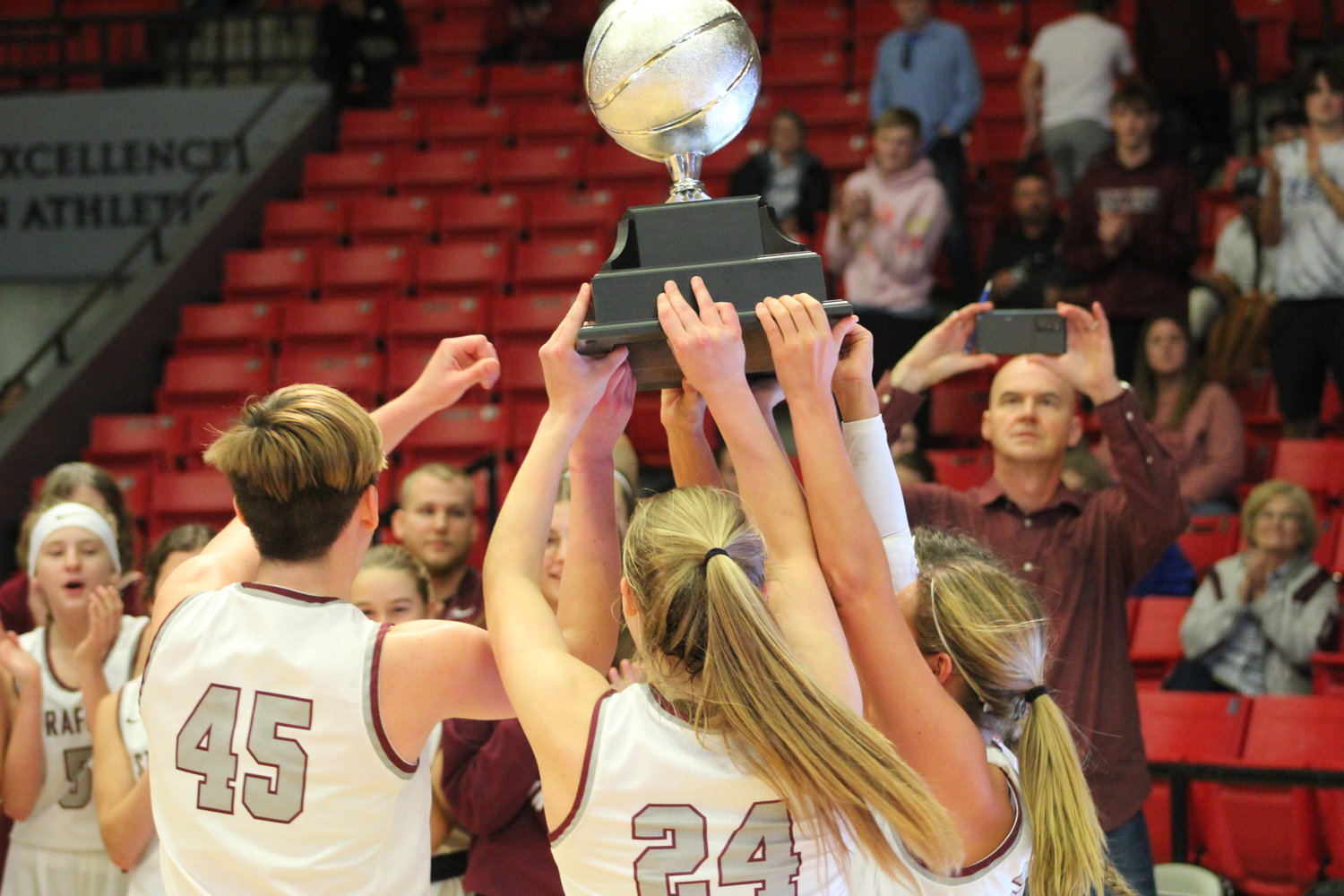 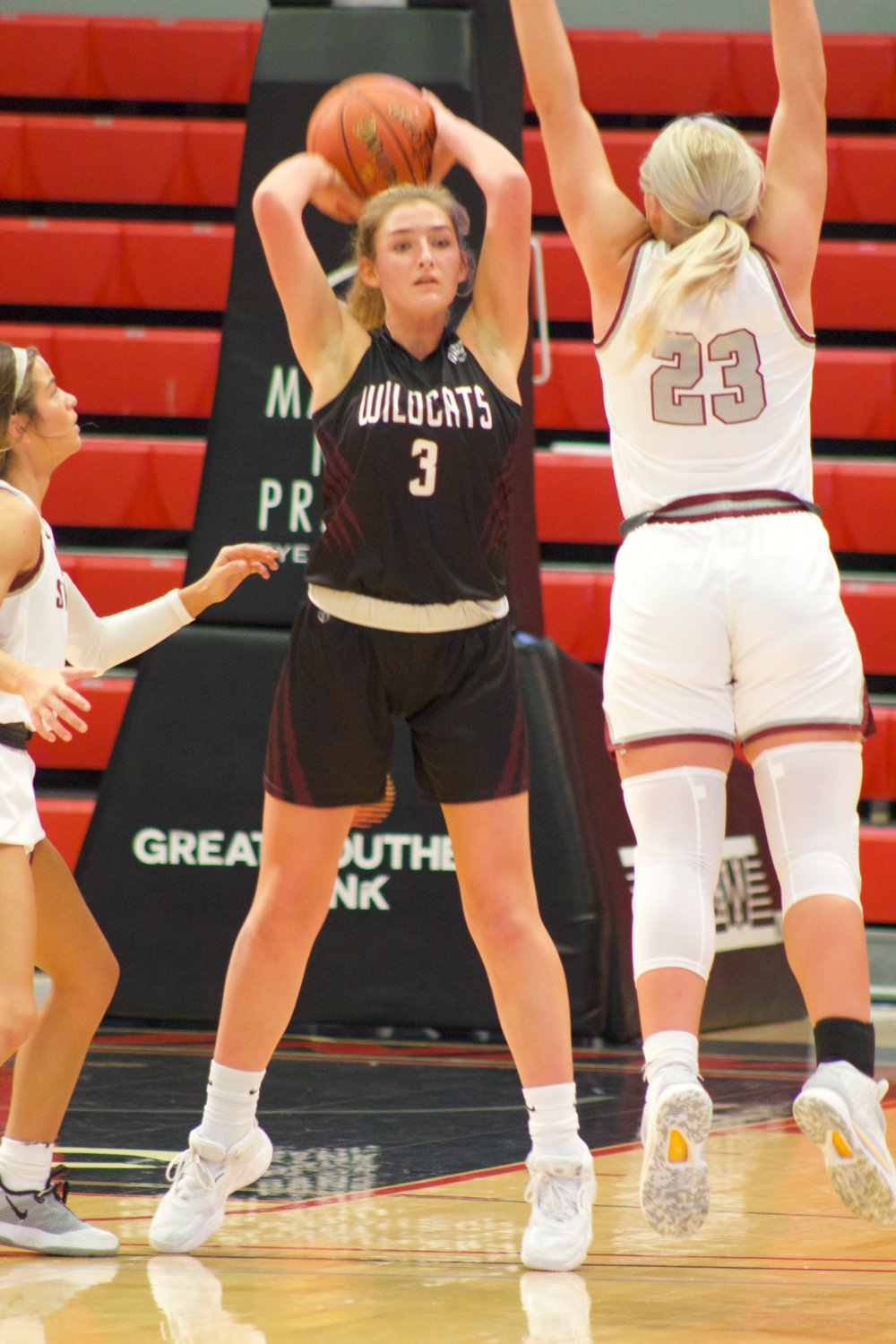 Lady Wildcat Emma Mullings looks through a Strafford defender to pass in day one of play.
Mail photo by Abigail Swanigan 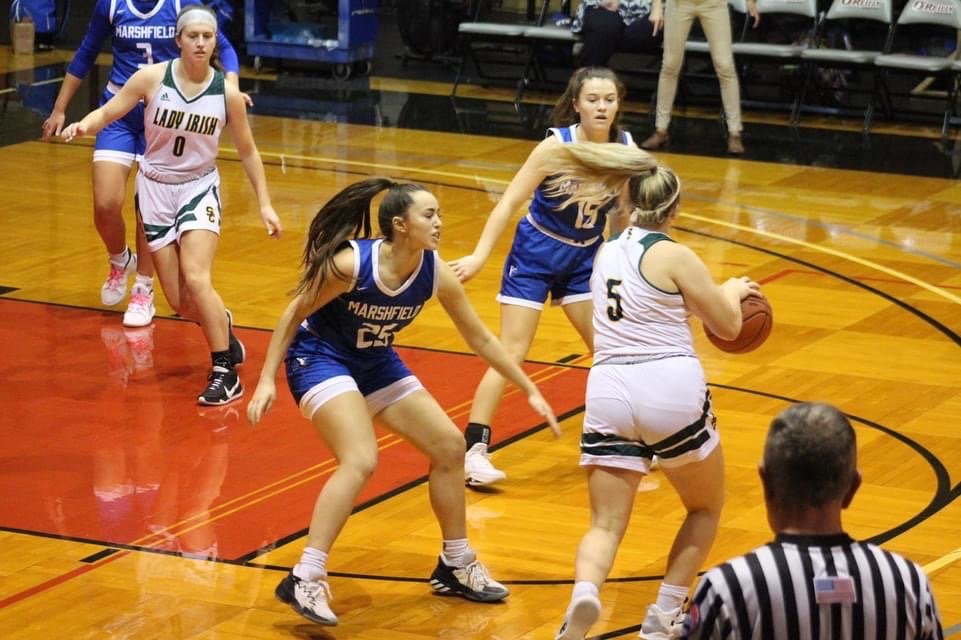 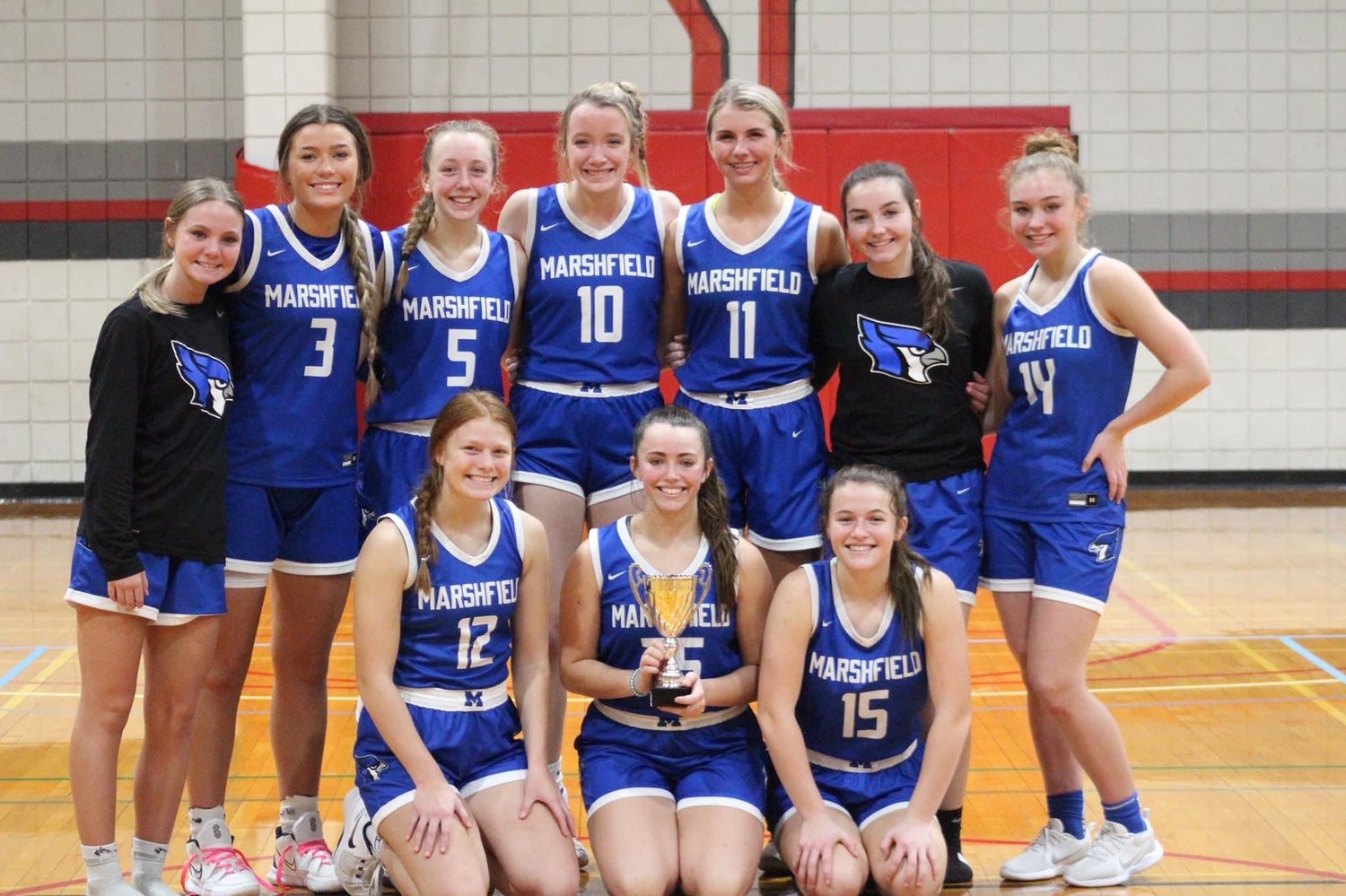 The 2021 Pink & White tournament ended with Webster County’s very own Strafford Lady Indians taking home the first place hardware. The tournament spans over a total of four days and is spilt into a pink division and a white division.

Three Webster County teams competed in the tournament, Marshfield, Rogersville and the champions Strafford. In the white division, Marshfield and Logan-Rogersville were unseeded while Strafford was seeded 3rd.

Facing West Plains in the championship game on Dec. 30, the girls had to fight for a win. The Lady Indians stayed down in the first, second and third quarter.

Going into the fourth with a score of 24-32, Strafford is forced to pick up the pace. Barley allowing West Plains to make it over the half court line before turning the ball over allowed the Indians were able to lessen the lead making the score 30-32 with 6:43 seconds left in the game.

West Plains held a strong defense forcing the Lady Indians to shoot above the 3-point line and barley allowed for any post shots. However, this was no challenge for senior Emma Compton. Compton took the lead for the Lady Indians with a 3-point shot making the score 36-34 with only 3:36 left in the fourth quarter.

With this being the shift Strafford needed, the Lady Indians seal the first place win 45-43.

“I was super excited for them.” Head coach Dustin Larsen stated in regards to the win. “It is something our girls can hang their head on and take pride in. Our defense got that final stop and it was a great way to end the week.”

Going 4-0 in the tournament. The team will be back in action on Tuesday, Jan. 4, at Carthage High School.

The Lady Jays came to the court with a different mindset this year: make it to day four and doing just that the Lady Jays took home some hardware.

Losing in the first round of play to El Dorado Springs, 56-36 the Lady Jays were bumped into the consolation bracket where they made a run for it.

Facing Hillcrest on day two Marshfield took a 34-16 win letting them advance to day 3 in the bracket. The team then went up against Camdenton where the Lady Jays still were there to play winning yet another game with a big lead, 54-44.

With the win against Camdenton the Lady Jays were given a shot to play in the consolation game. The Lady Jays defeated the odds winning over Catholic 50-42 winning the bracket.

The Lady Jays went 3-1 during the tournament and will take the court again at home on Thursday, Jan. 6 against Branson.

Being beat by Strafford 61-50 in the first round of tournament play, the Lady Wildcats were forced into the consolation bracket.

Facing Catholic on day two the Lady Wildcats were unable to seal a win, losing 46-55. This defeat ended their time at the Pink & White with a 0-2 record.

The team will be traveling to Webb City on Thursday, Jan. 4, for the next day of play.