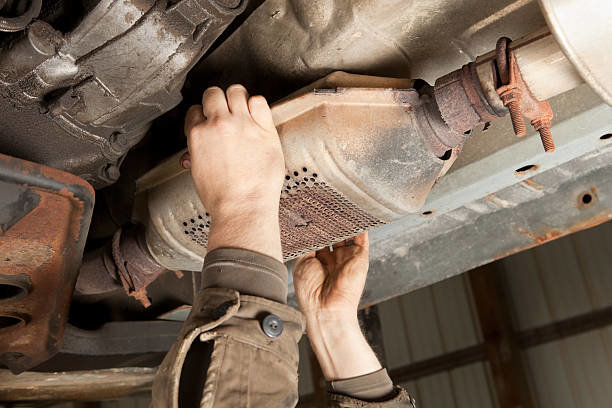 In Oct. 2021, Logan-Rogersville resident and junk auto seller Evan Marshall, age 24, was arrested for several charges, including possessing an unregistered firearm and transporting stolen property across state lines. Marshall became a suspect in a federal investigation for two years after Greene County authorities noticed a rise in auto thefts, specifically catalytic converters. Federal investigators found that Marshall had been purchasing and selling stolen catalytic converters. Of which he was selling to other shops in other parts of Missouri and Arkansas.

Catalytic converters are sought after because they are composed of various materials and precious metals. In particular, palladium, rhodium, and platinum. As a result, many car thieves will try to steal this component, hoping to make a quick buck.

Back in 2019, Marshall started selling catalytic converters to companies. Initially, he would buy junk cars and sell the parts. However, by the end of that same year, he began purchasing already-removed catalytic converters from other junkyards and sellers. To make this a successful operation, Marshall started recruiting help. In 2019 Marshall would recruit Camren Davis, age 24, who was also from Rogersville. Davis’s role was to purchase catalytic converters from sellers using cash he received from Marshall. Davis would then sell the converters back to Marshall to make things appear legitimate. Later, in Feb 2021, Marshal would recruit Cody Ryder, age 30, from Springfield for the same job as Davis.

Both Davis and Ryder would admit to buying at least 3,000 stolen catalytic converters from other criminals and then selling them to Marshall. Marshall, at the time, knew that many of the converters he was buying were stolen. He was even contacted by Springfield Police Inspector back in 2020 about purchasing some converters from known thieves. Yet despite being noticed by authorities, Marshall continued with his operation.

Some of the actual thieves posed as sellers for the stolen catalytic converters. Enx Khoshaba, age 29, Eric Klattenbach, age 37, and couple Leslie and Danielle Ice, ages 22 and 33, all from Springfield.

The thieves were given various tools and resources to make their tasks successful, including batteries for their electric saws used to cut the converters out of the vehicles and lists targeting particular vehicles. After they cut the converters free, the thieves would send a message to Marshall, Davis, or Ryder, who would use the numbers imprinted on the converters and then offer a price. The operation ended when authorities arrested Marshall in Oct 2021, and the other six were arrested soon after. The total number of members involved is seven, and all are being tried in federal court.

On Aug 16, 2022, Danielle Ice, now 34, pled guilty to stealing and selling catalytic converters. She was the final defendant to do so and, like her husband, faces up to five years in federal prison without parole. Marshall, on the other hand, faces up to ten years in federal prison without parole. The case is still ongoing and is being prosecuted by the U.S. Attorney.