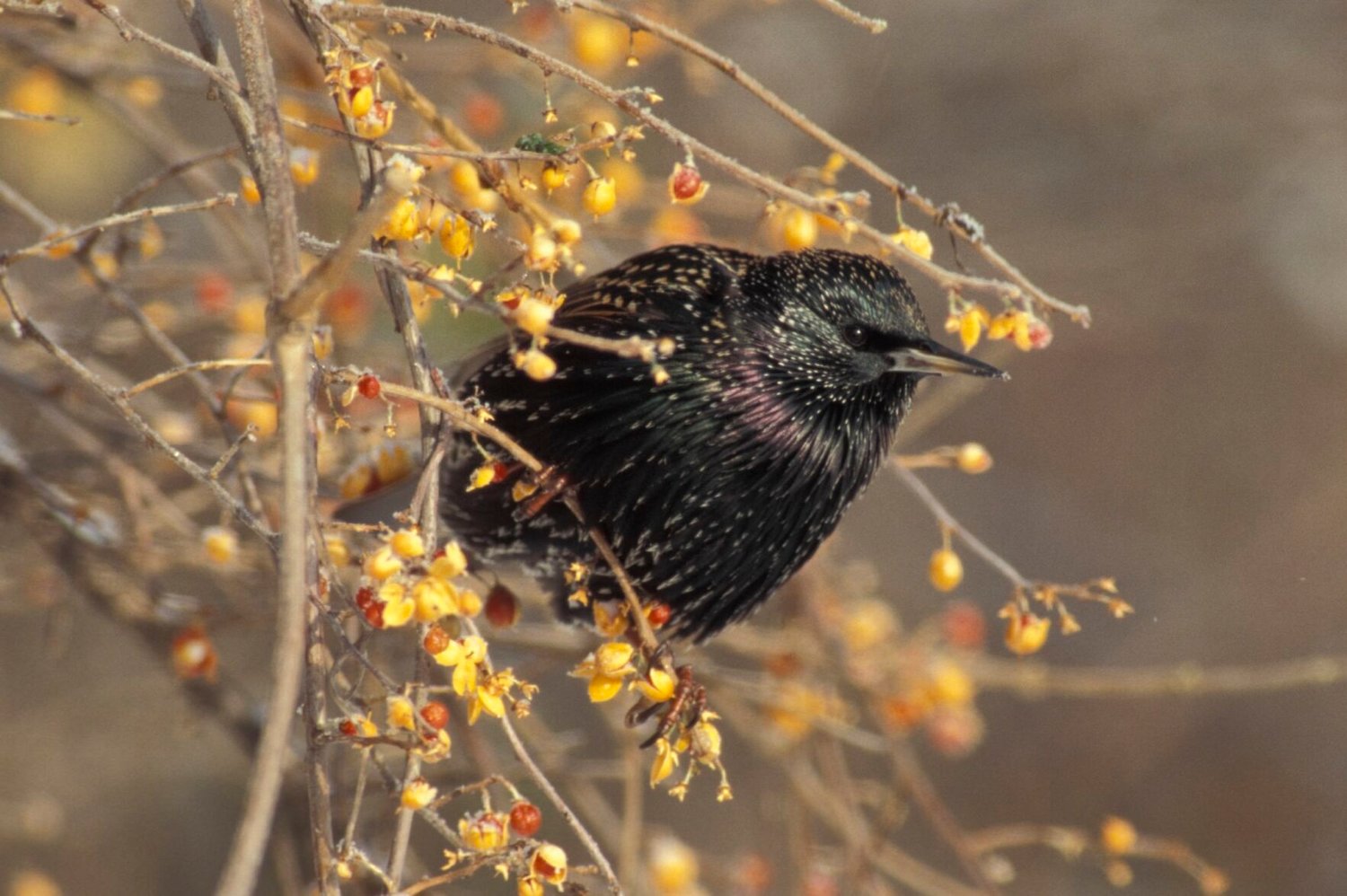 Let’s be clear: Knowing European starlings have the unique ability to imitate human voices, car alarms, barking dogs and a variety of other sounds is probably not going to change the negative opinions most people have of this non-native bird. A starling’s talent for mimicry is simply a case of a fascinating trait of a bird that no one

cares to be fascinated with. There are a number of reasons people dislike starlings. This native of Eurasia and North Africa has exploded in population since first being introduced to North America in the 19th century and is now a common sight in Missouri and elsewhere throughout the continent. From the biological perspective, starlings can pose problems for several native bird species because they compete with them for cavity nesting spaces. Eastern bluebirds, purple martins and some species of woodpeckers are among the species thought to be negatively impacted by the continent’s starling abundance. (North America’s starling population is estimated to be

somewhere around 200 million.) Starlings can also be troublesome to humans, particularly in winter when they gather in flocks that can number well into the thousands. These mega-flocks can damage crops in rural areas and create problems by the fecal matter they deposit when they congregate in urban areas. Their non-native heritage, coupled with the problems they cause, are the primary reasons Missouri’s hunting regulations – as is the case with the hunting regulations of most other states – offer no protection for European starlings. Yet, underneath all of this dislike is a trait that even the most ardent starling hater has to admire just a little – the bird’s ability to mimic other sounds. Starlings aren’t the only bird in Missouri that can replicate other sounds. Missouri’s best-known mimicker is probably the northern mockingbird, a native species that can imitate a number of other bird songs.

While mockingbirds have been known to mimic non-bird sounds, their main claim to fame is the varied repertoire of the calls they do of other bird species. On the other hand, Youtube is filled with clips of starlings imitating human speech, ringing phones and other human-oriented sounds. Like their close relative, the mynah bird, starlings have a knack for imitating the varied sounds of the audio environment around them. When you consider birds don’t have vocal cords, lips and other features that we humans use to transform sounds into words, a starling’s ability to replicate our speech (and other sounds) is impressive. Being able to imitate sounds heard on the landscape has several advantages in the bird world. For starters, it’s probably a great way to impress females. It’s theorized that

demonstrating a great vocal variety is one way a male bird shows a female its intelligence and ability to survive.

Mimicry can also provide nest protections. Being able to imitate a hawk’s cry or an owl call may scare birds (and perhaps a few other animals) away from a nest where a female is tending either eggs or offspring. Providing a multitude of calls is also a good way to protect a food source. Sounding the calls of several species may convince a visiting bird that there are far more birds in the area than there actually are and the newcomer simply moves on rather than challenge all the birds it imagines are in the vicinity. As far as imitating human speech, barking dogs or car alarms; it may just be a case of a bird trying to blend with its environment. If something that’s deemed a potential threat (human,cat, etc.) hears nothing but sounds it usually hears, he/she/it will move on and not spend time looking for a starling (or a starling on the nest).

More information about birds found in Missouri can be found at mdc.mo.gov.