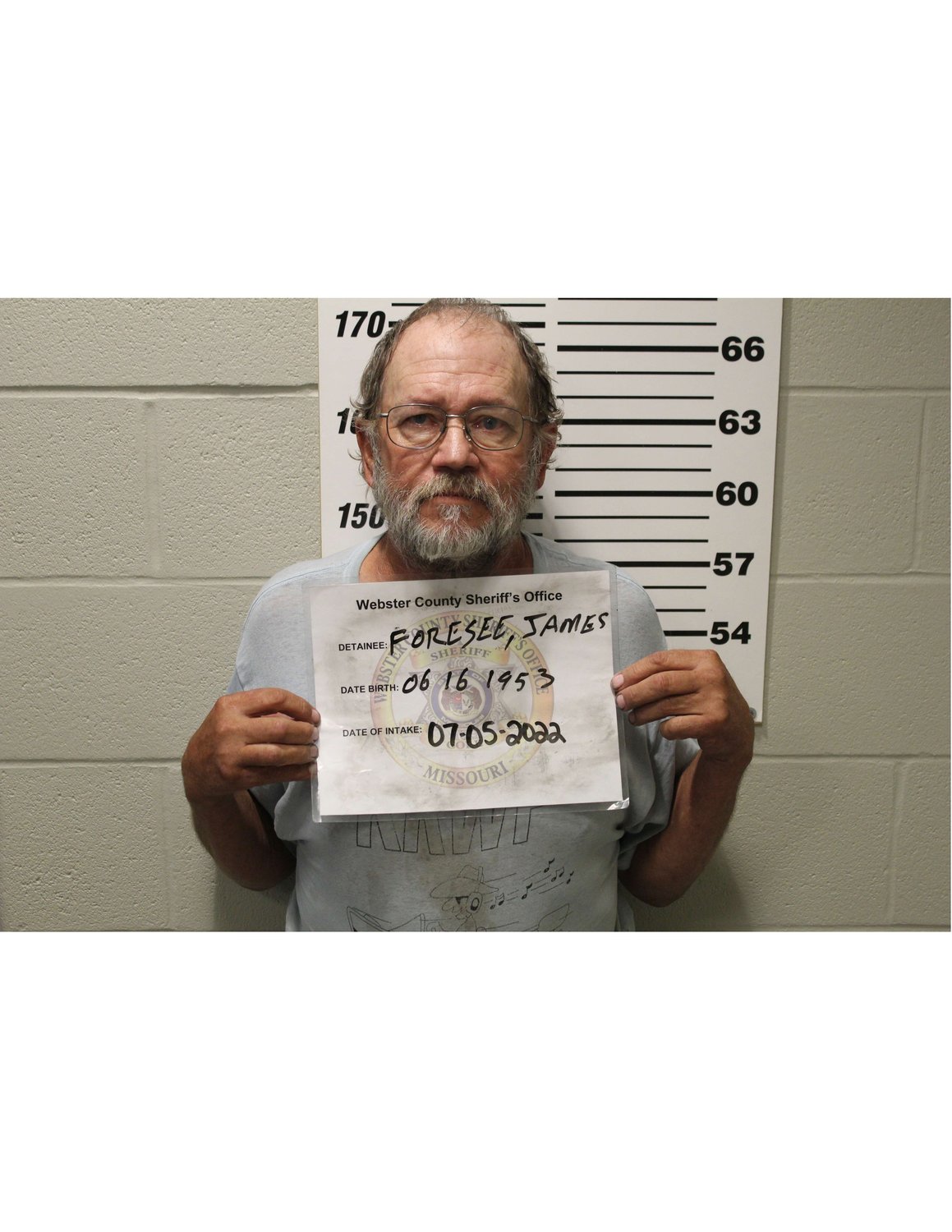 James A Foresee was charged July 18 with a Class E Felony for leaving the scene of an accident and causing physical injury.
On June 24, Marshfield Police Officers were dispatched to State Highway 38 and Spur Drive for a report of leaving the scene of an accident.
Officers arrived on the scene and made contact with two victims. A tow truck driver was assisting a driver with a flat tire. As the two victims were standing on the shoulder of the road, a vehicle traveling westbound on State Highway 38 ran over the tow truck driver's right foot and then struck the other driver, knocking them to the ground. The vehicle continued westbound without stopping. Both the tow truck driver and the driver suffered injuries as a result of the accident.

During their investigation, officers interviewed witnesses and reviewed surveillance footage from surrounding businesses that confirmed the vehicle that left the scene belonged to Foresee.
As a result, Foresee has been charged with a Class E Felony-Leaving Scene of Accident and causing physical injury. Foresee is set to stand in associate circuit court in front of Judge Chuck Replogle on Aug 9. Punishment for a Class E Felony is up to four years in jail and or a fine of $10,000.