You HERD it here first 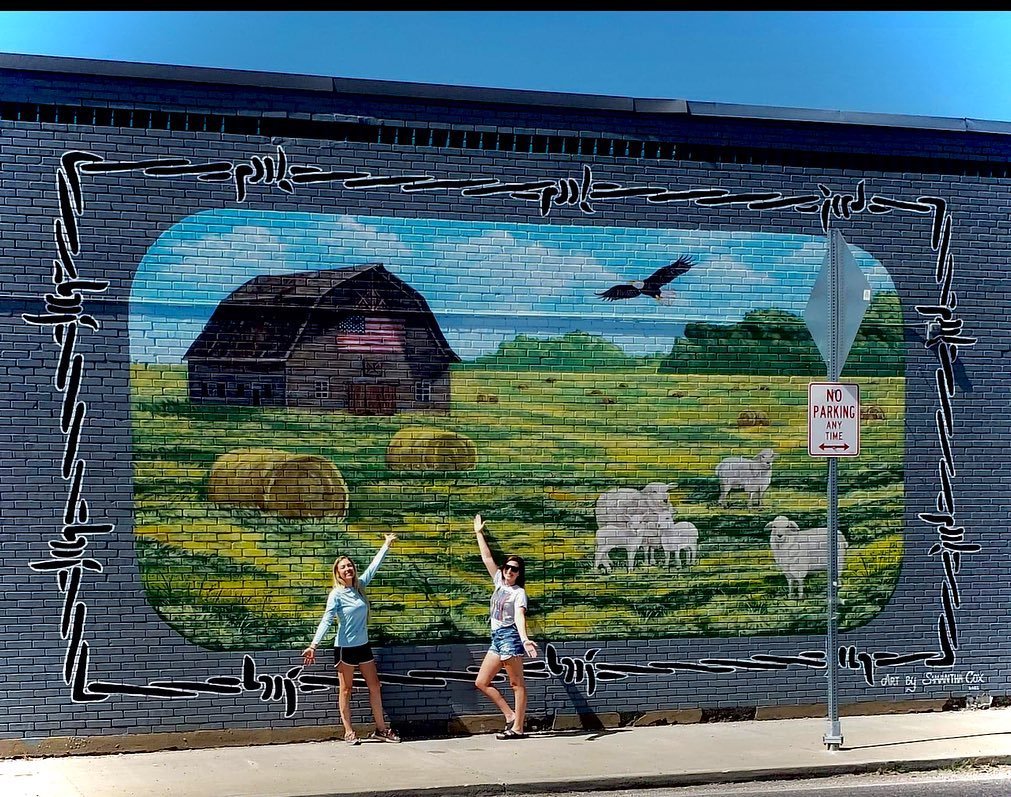 Last week commuters and residents of Marshfield received a gift at the intersection of E. Jackson St. and S. Crittenden St. Local artist Samantha Cox created a mural in collaboration with the Shabby Sheep Boutique. The mural has Marshfieldians and visitors in awe. Cox worked with Shabby Sheep Boutique owner Lorissa Ellis. Together, the two created a work of art paying patriotic tribute to Marshfield and Ellis’ family.
Cox, a local artist, has completed other murals throughout Webster County and had done previous work for Ellis. The two saw the potential for the south wall facing the intersection and started throwing ideas around.
Needing to have that small-town feel, Ellis wanted to “intertwine” the town's characteristics together: a barn, an American flag, a bald eagle, and of course, sheep.
“Sheep are the most mentioned animal in the Bible. When I first bought the business I didn’t like sheep at all,” laughed Ellis. “But we ran with it, we rebranded and I was able to study sheep and I thought they were actually pretty cool.”
The barn played tribute to Marshfield's long-standing history with farmers, pictured nestled among rolling green pasture and golden hay bales. The American flag and bald eagle represent Ellis’ admiration to those on the front lines, however, the eagle had a sentimental value too.
Ellis expressed that the eagle represented her late uncle, Wesley Crisp.
“Before we reopened back in Feb. of 2020, we were remodeling the store. He (Crisp) stepped in and took on the job. It was like a family gathering every day and week as we worked together getting ready for the reopening,” reflected Ellis.
Crisp passed in Nov. of 2021. Ellis noted that during his service, a bald eagle was seen circling above. “We knew we had to incorporate him into the mural somehow, ” said Ellis.
The mural's completion came at no better time, with the Webster County Fair just around the corner. It will definitely be a conversation starter and a wonderful addition to the season.
“Samantha did an awesome job. She is a very great person to work with,” smiled Ellis.
“Hopefully, there will be a couple more murals in town. They help bring life to the town.”