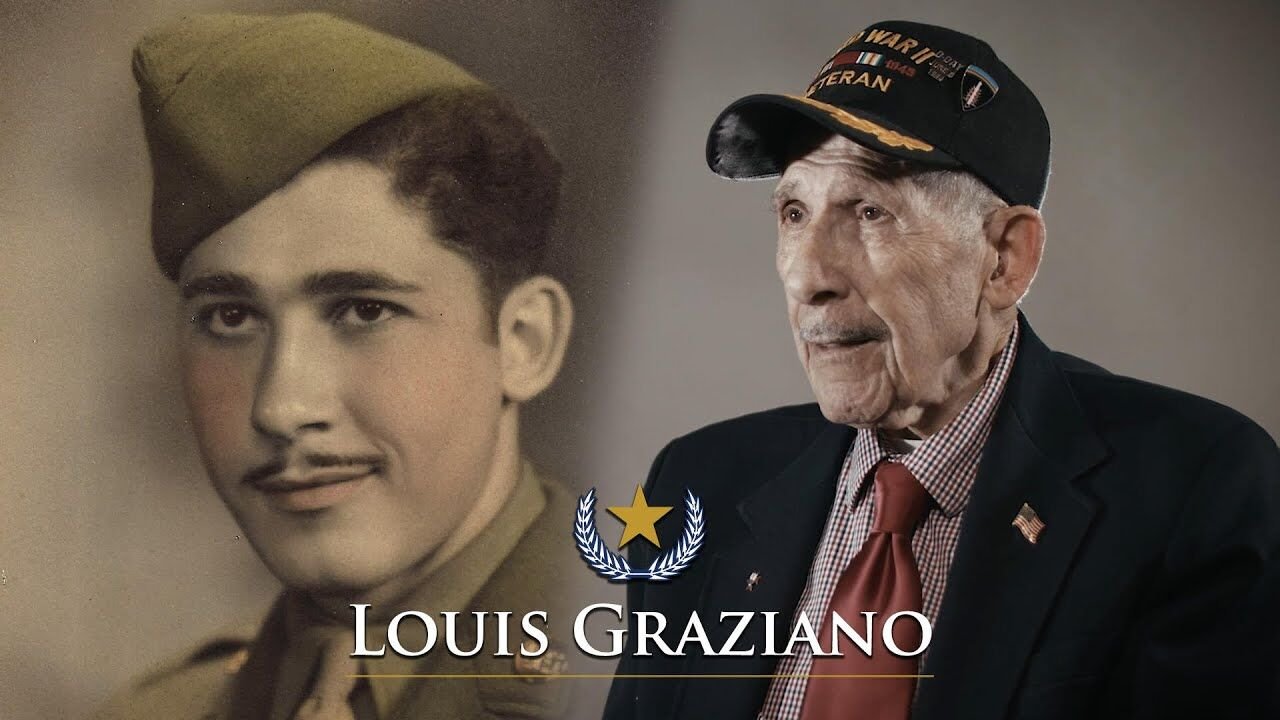 Then and now: Graziano was drafted into the army in 1943 and details his journey throughout the war and beyond in his memoir, “A Patriot’s Memoirs of World War II: Through my eyes, heart, and soul” 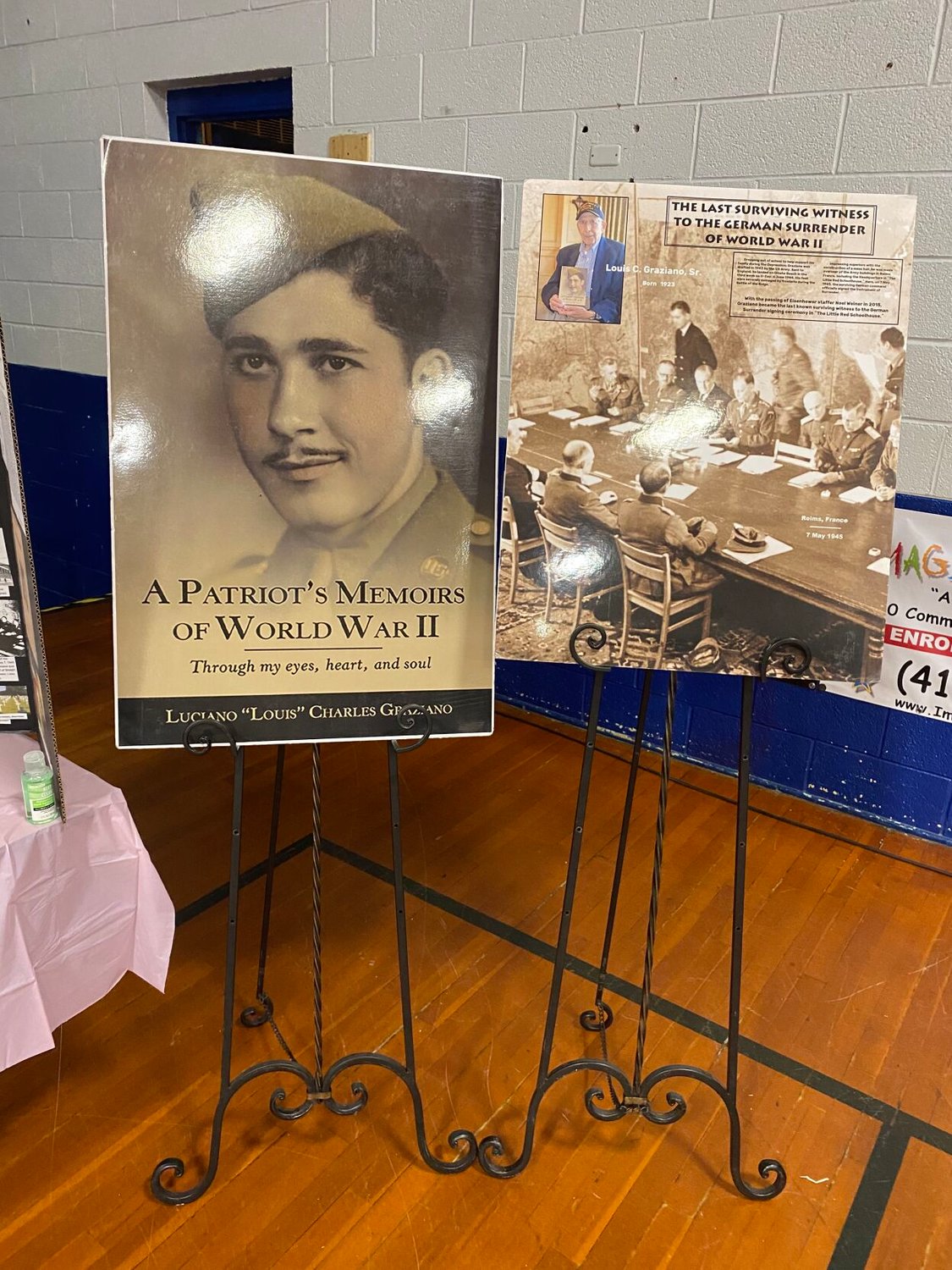 Luciano “Louis” Charles Graziano’s booth at the Nostalgia Autograph Festival had copies of the 98-year-old’s memoir available for purchase.  The WWII vet was happily taking photos and signing autographs at the festival. 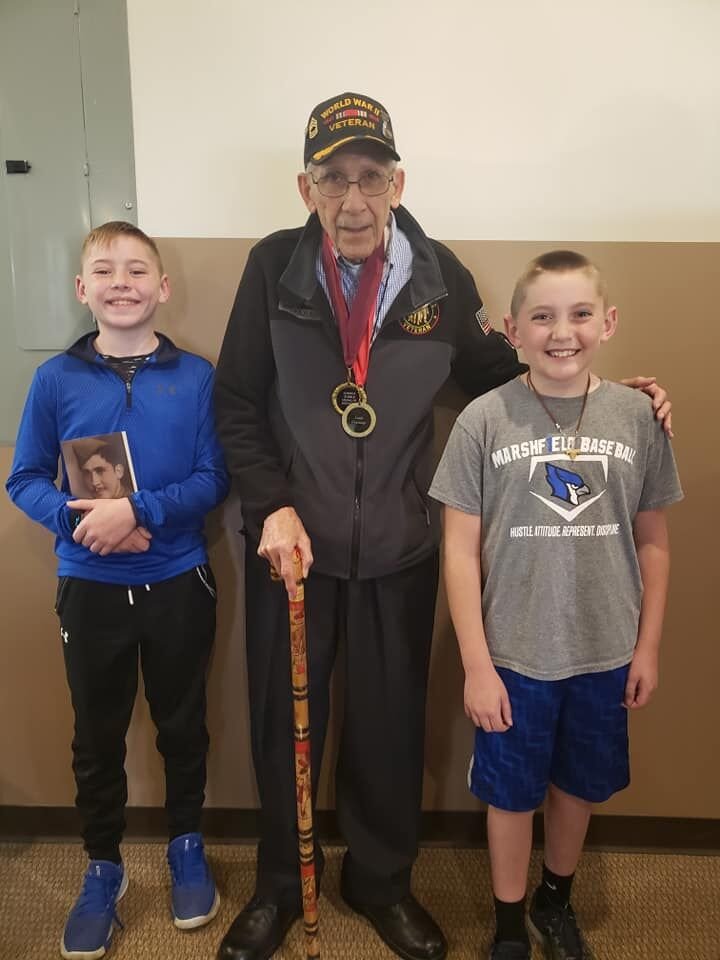 Graziano is the last surviving witness to the German Surrender of World War II, and is a hero to many of all ages. Marshfield students Mason (left) and Blake (right) Lawrence were enthralled by his speech and can’t wait to read their new copies of his memoir.

Previous Next
Posted Thursday, April 29, 2021 5:05 am
By Shelby Atkison shelbya@marshfieldmail.com

The last surviving witness to Germany’s surrender in World War II, Mr. Luciano “Louis” Charles Graziano, visited Webster County to share his story with those in attendance of the 16th Annual Missouri Cherry Blossom Festival in Marshfield. He participated in the Nostalgia Autograph Festival at the Marshfield Community Center as well as attending numerous other events throughout the week.

A group of history students at Marshfield High School were able to listen to Graziano share about his experiences through life.

The 98-year-old traveled from Georgia to share his story and it was well received by folks of all ages.

Graziano landed on D-Day in the third wave on Omaha Beach and was later in the Battle of the Bulge. He is last living eyewitness to the official German surrender at Reims, France that ended the European Conflict in World War II.

The veteran opened the floor for questions once he was finished speaking and gave anyone who wished to ask questions the opportunity to speak. Children ranging from elementary school up to grown men and women were able to pick his brain and witness a part of history in action.

Graziano penned a book, “A Patriot’s Memoirs of World War II: Through my eyes, heart, and soul” which he had available for purchase at each Cherry Blossom Festival event and willingly signed for those who looked up to him.

Graziano’s speech from the Missouri Cherry Blossom Festival in Marshfield, Mo can be viewed HERE.