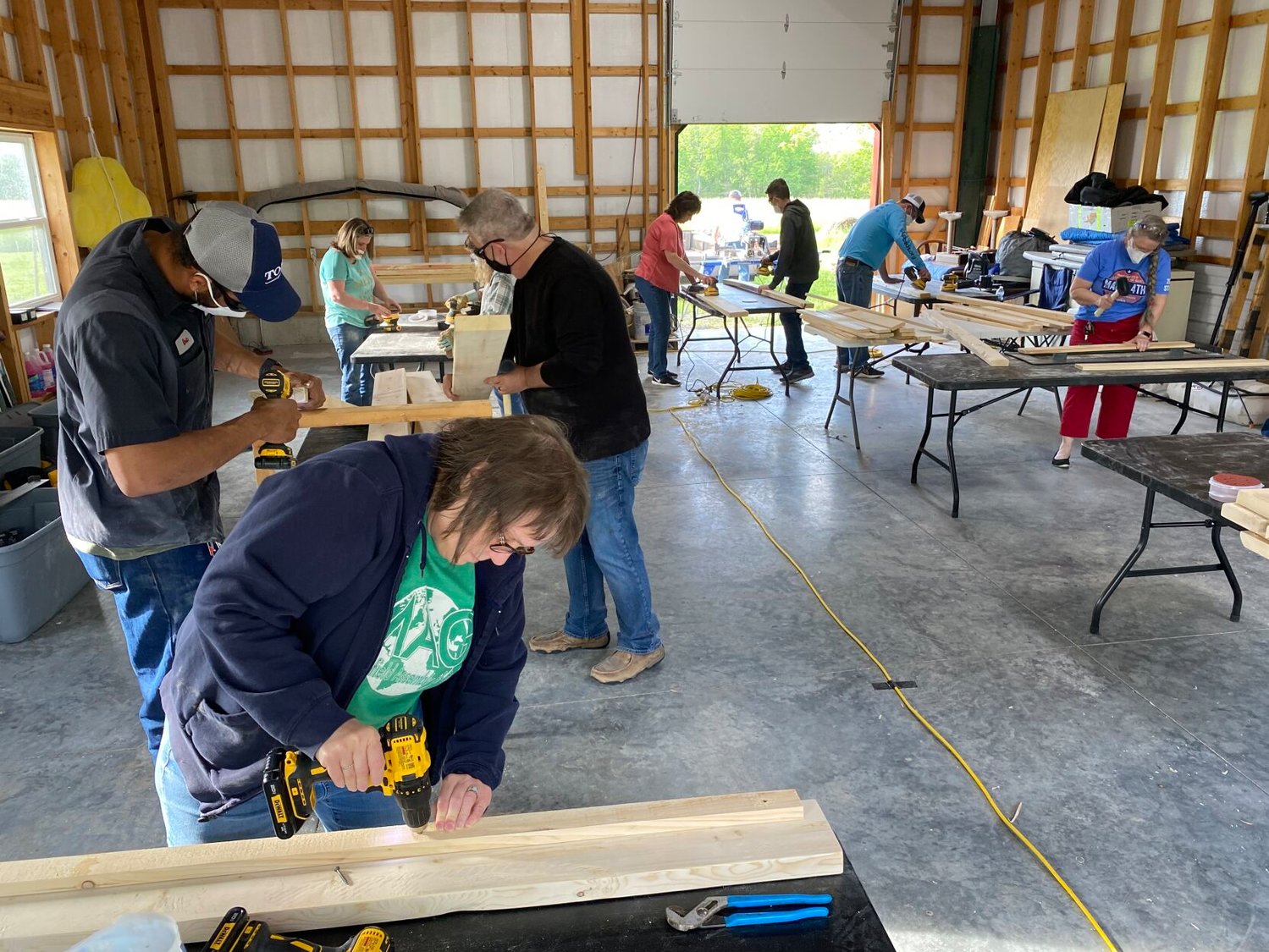 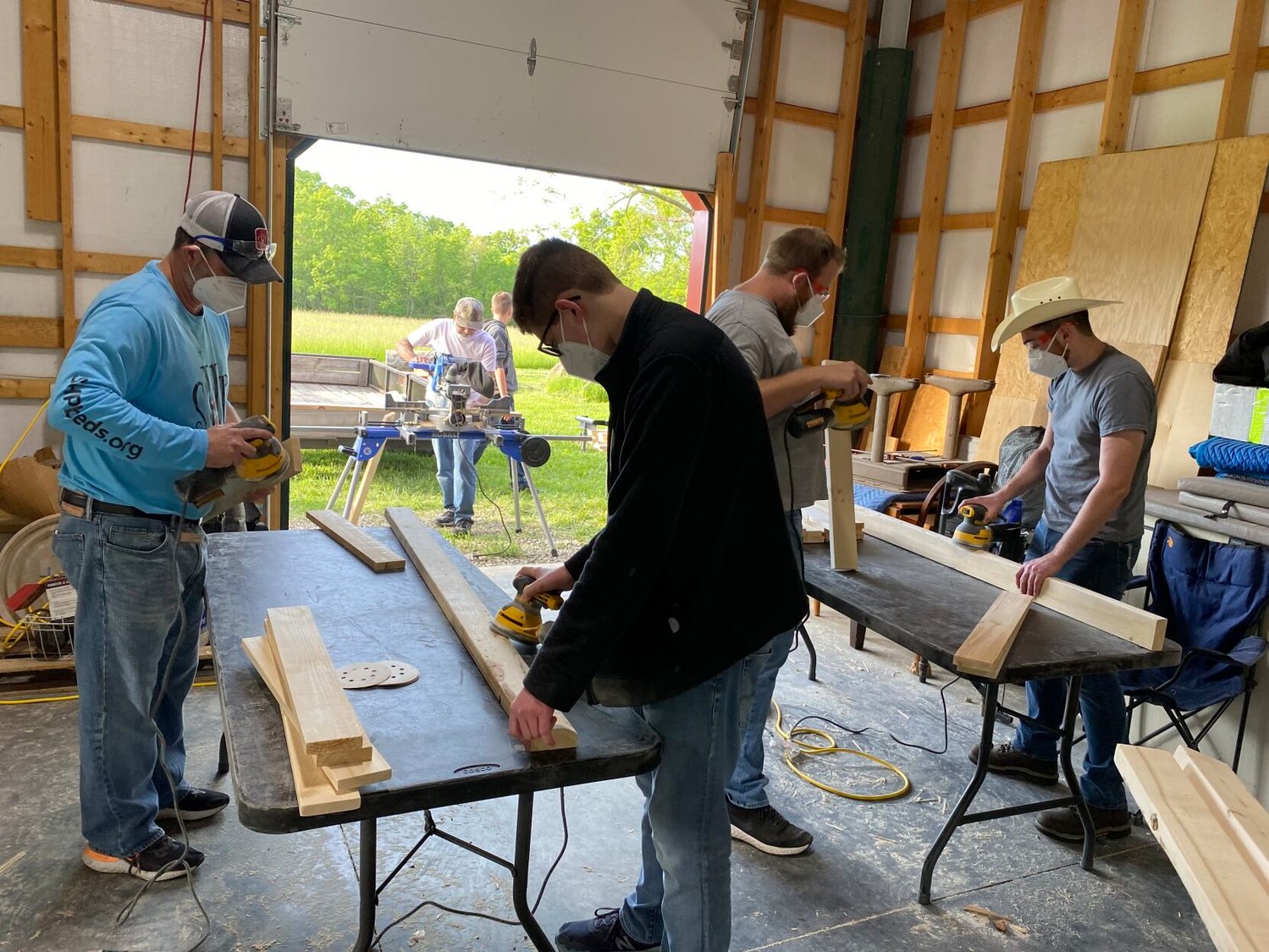 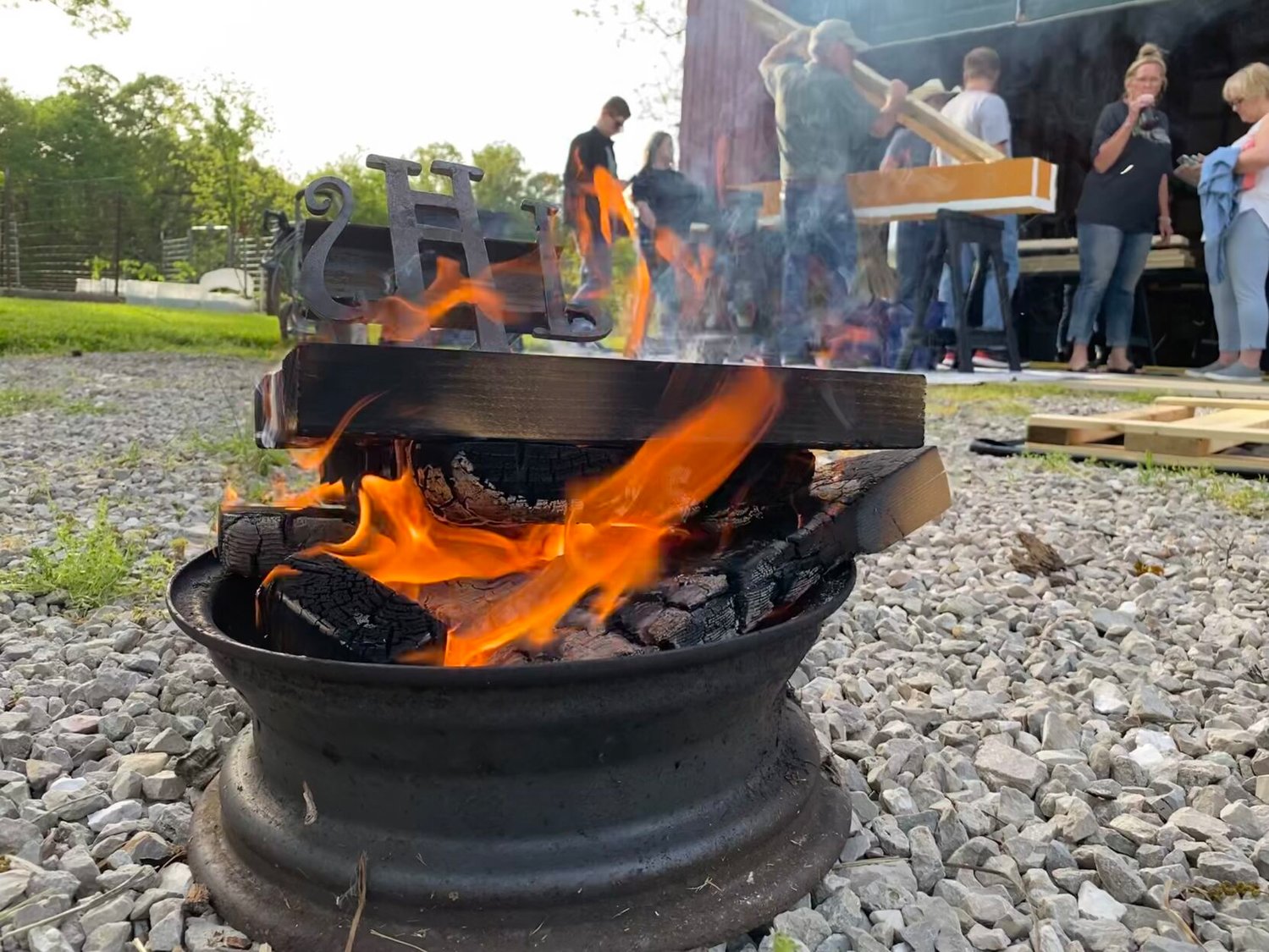 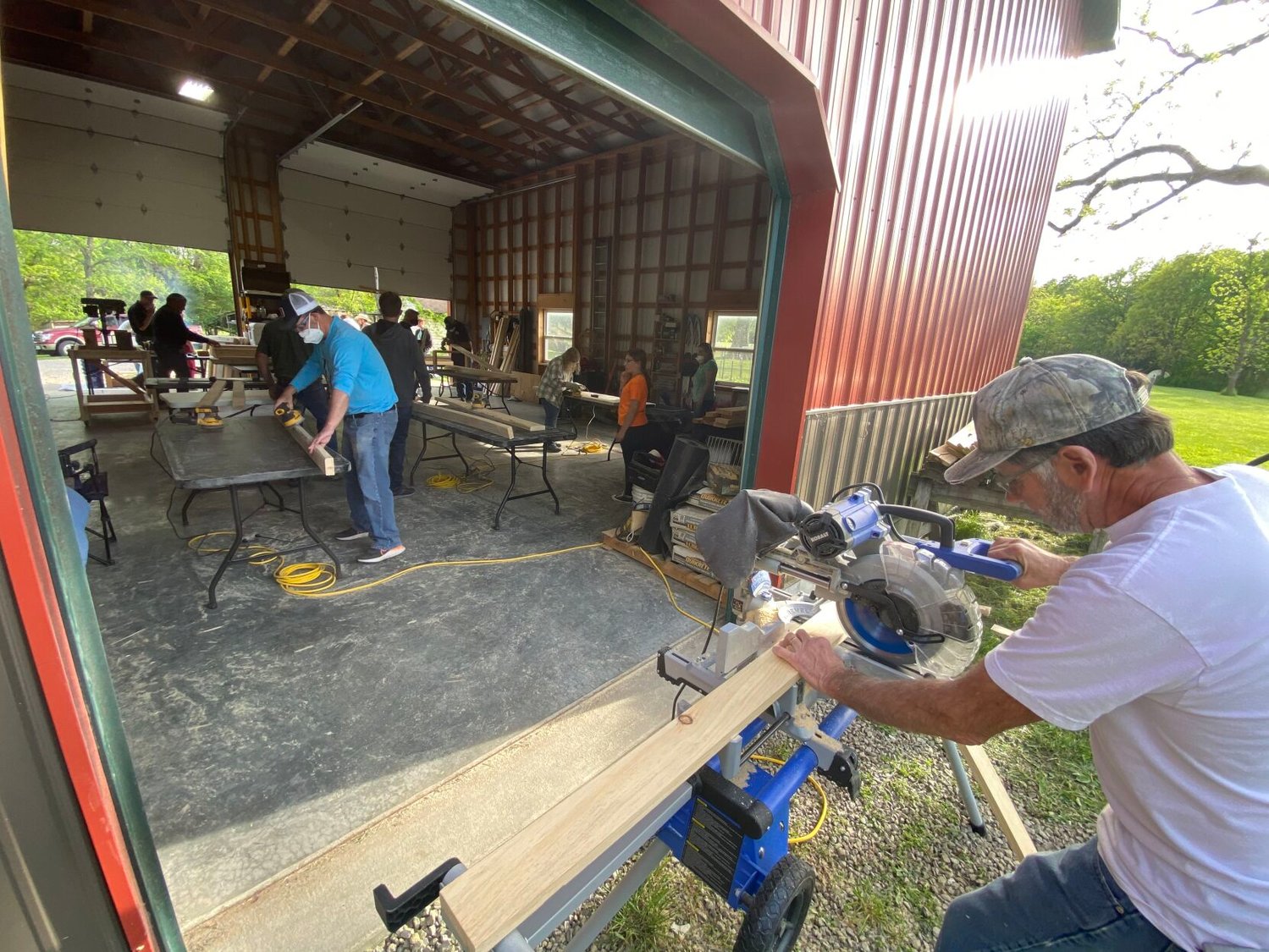 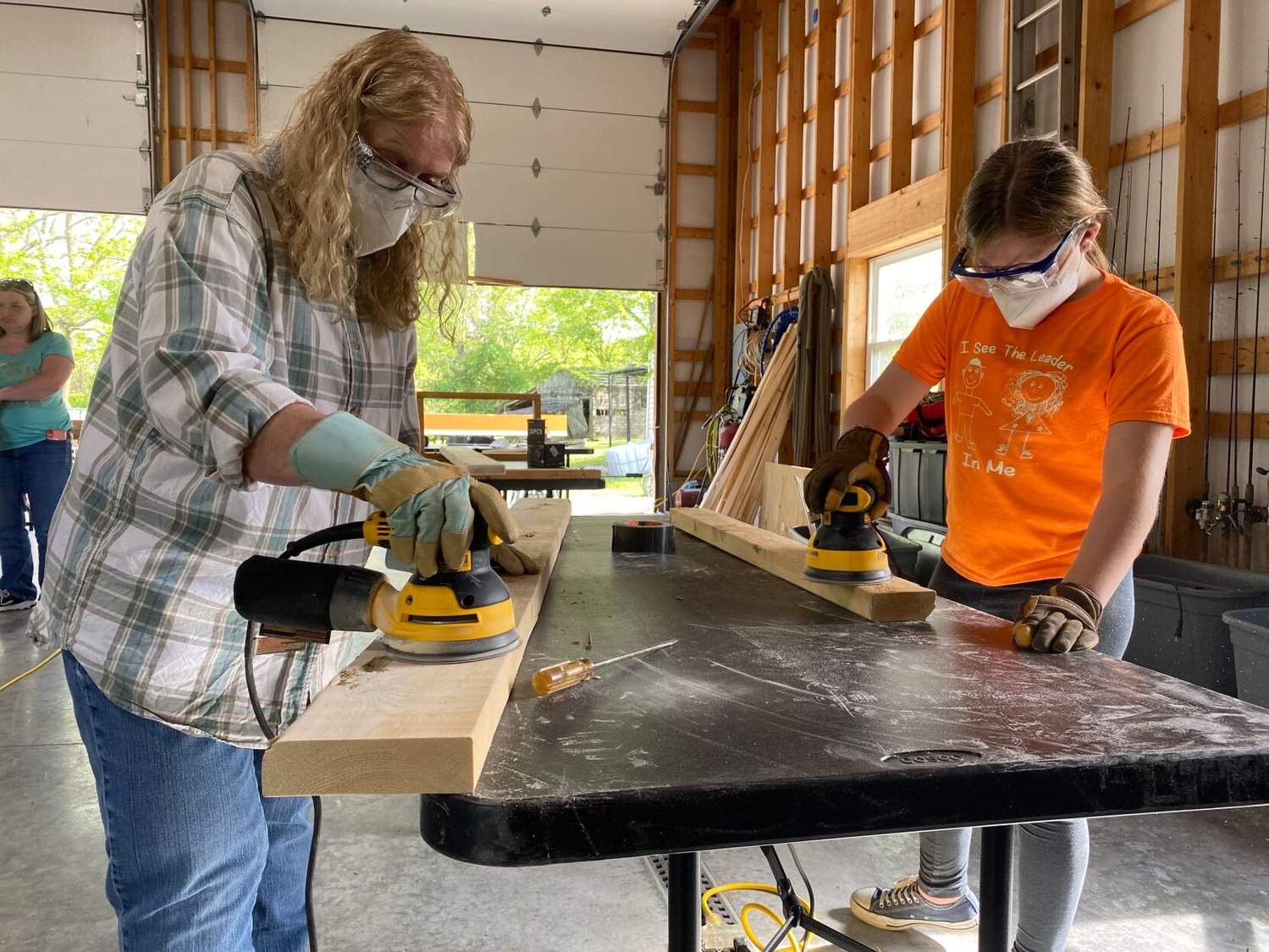 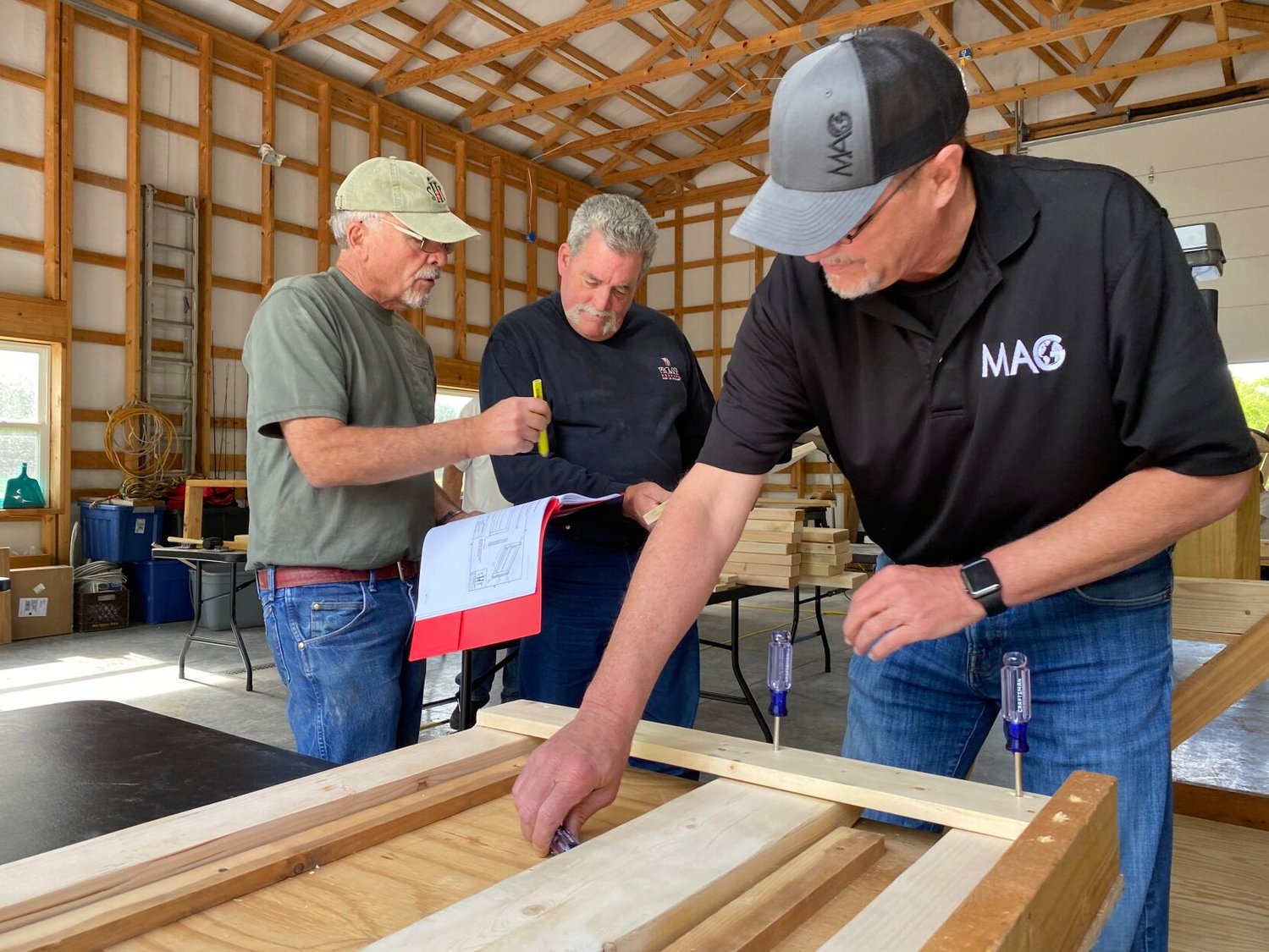 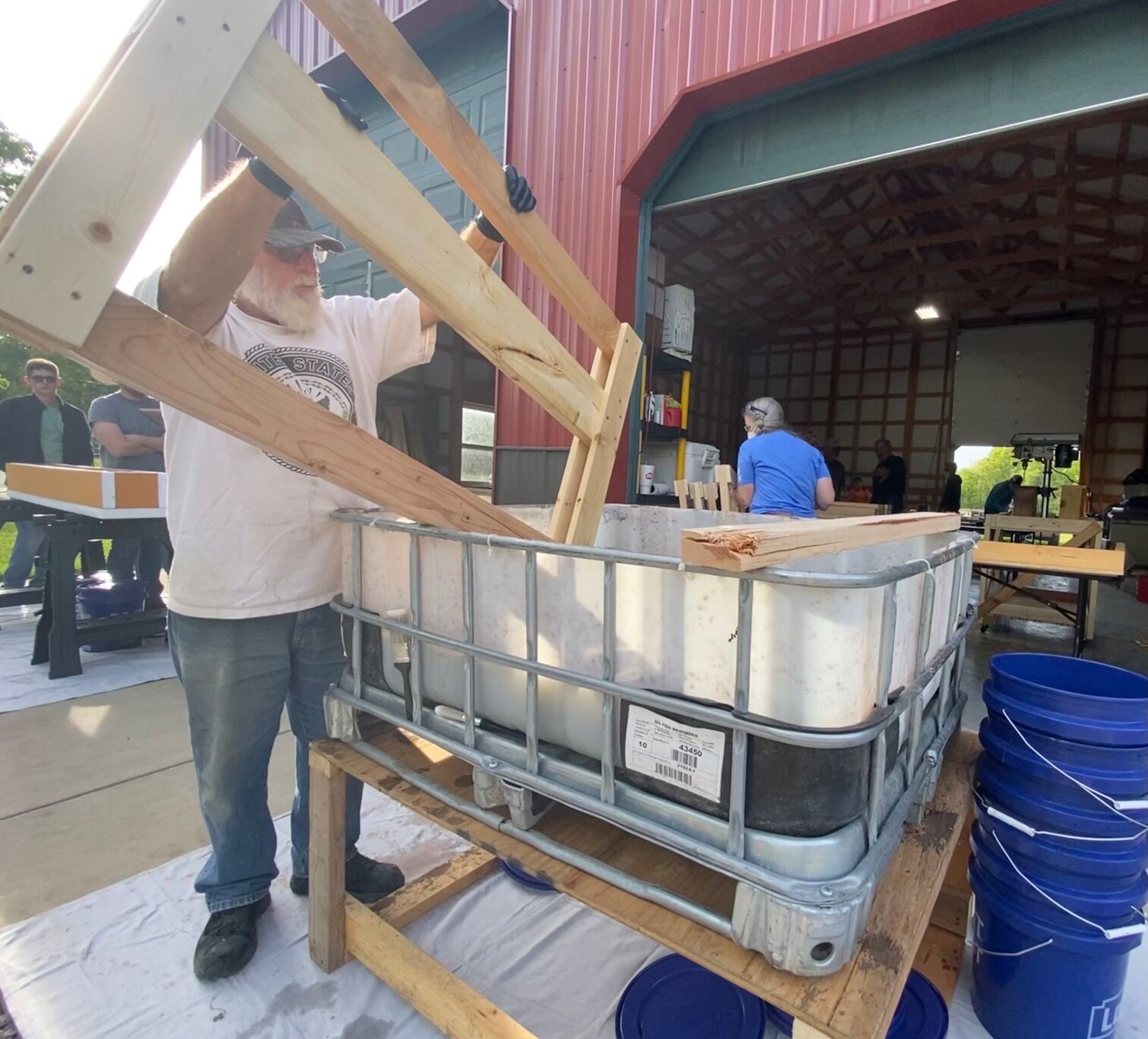 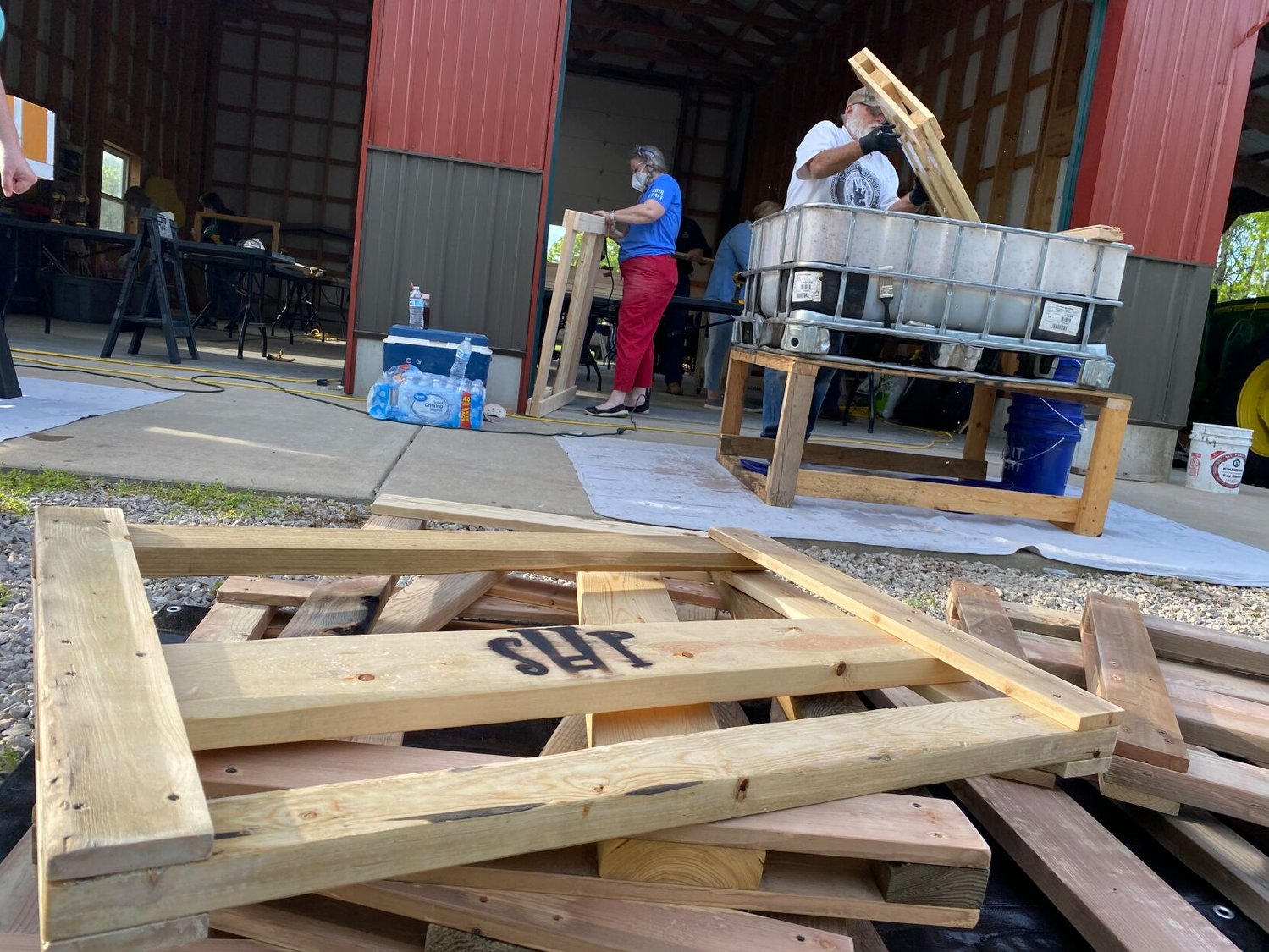 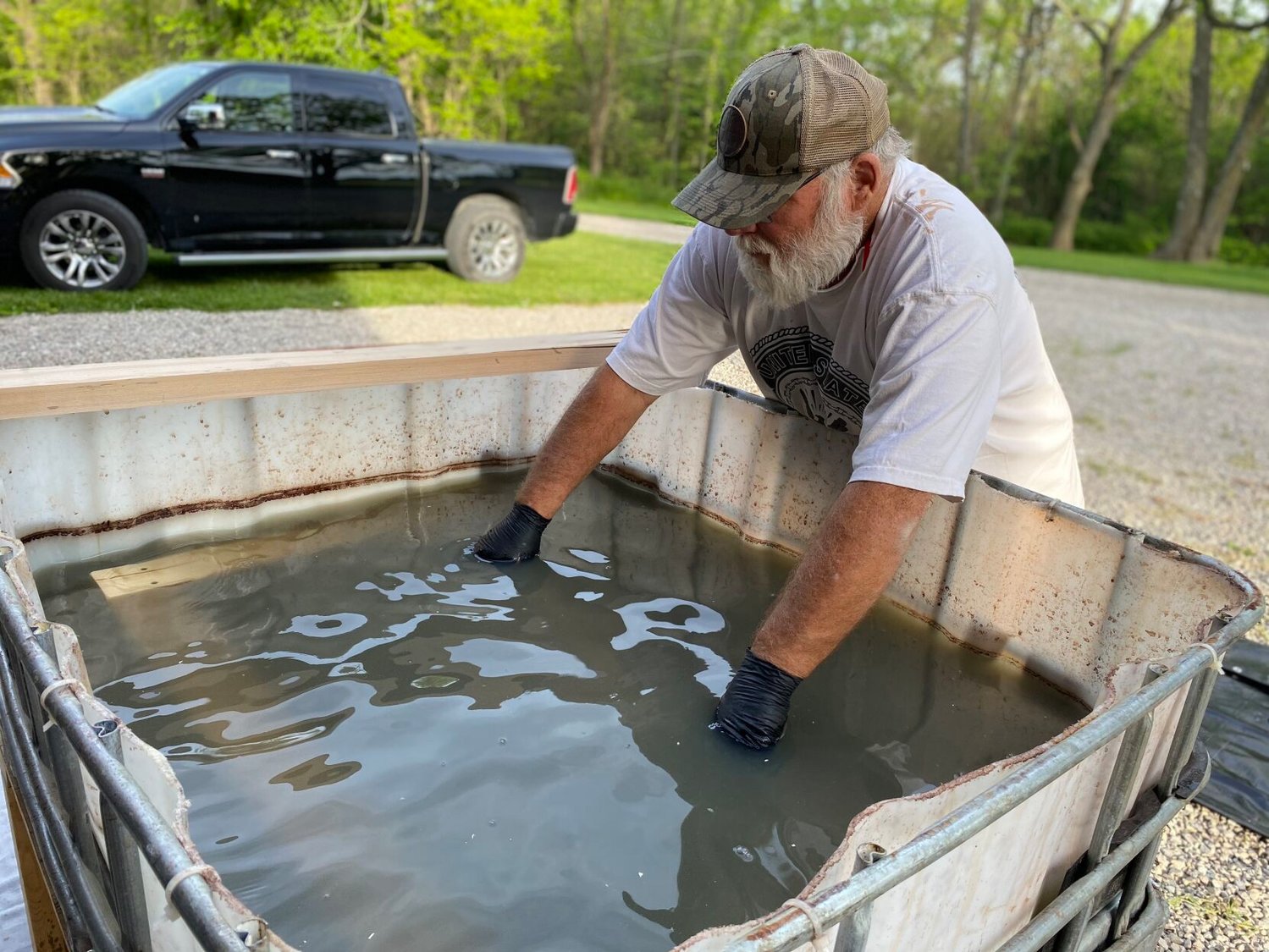 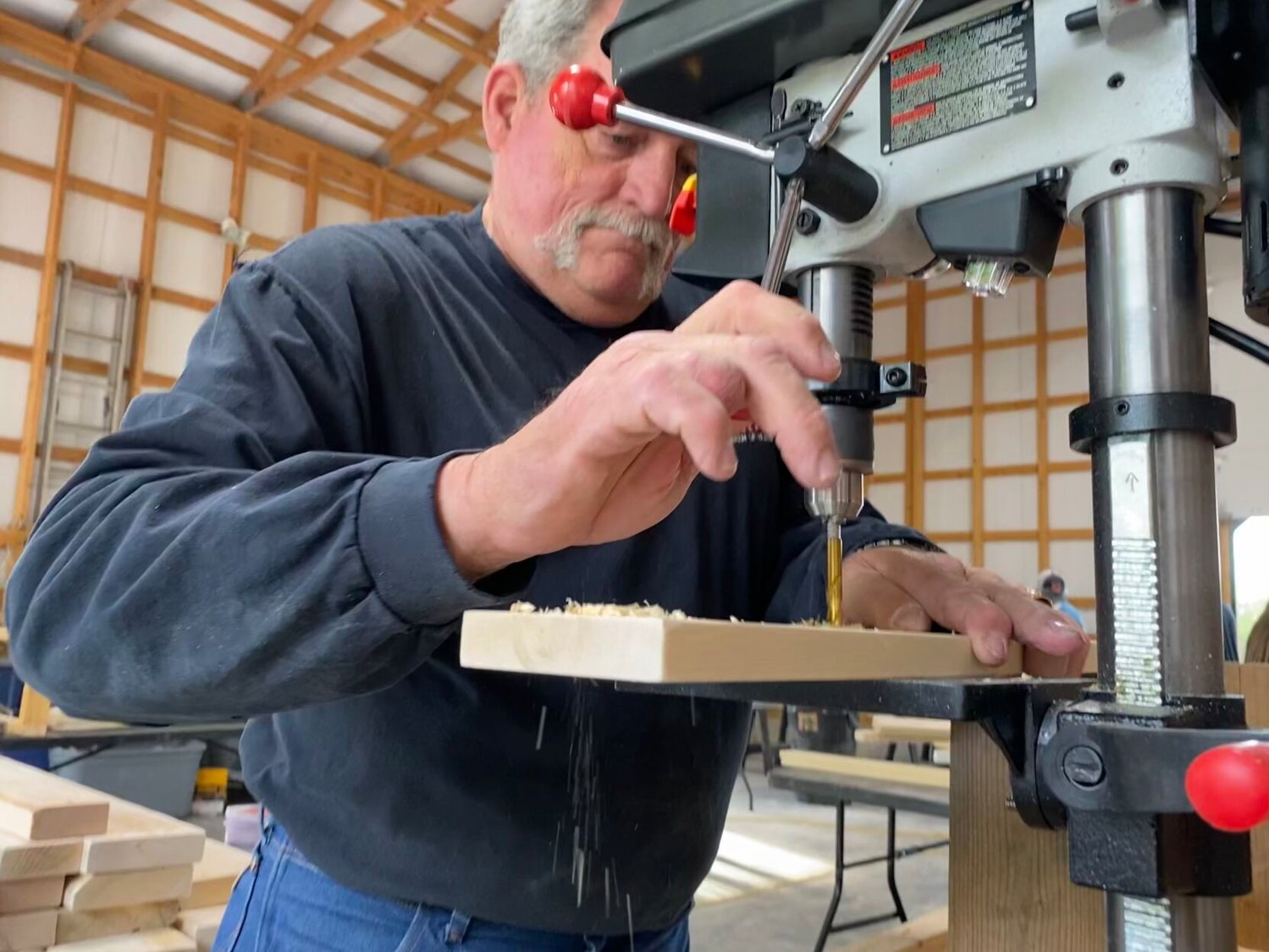 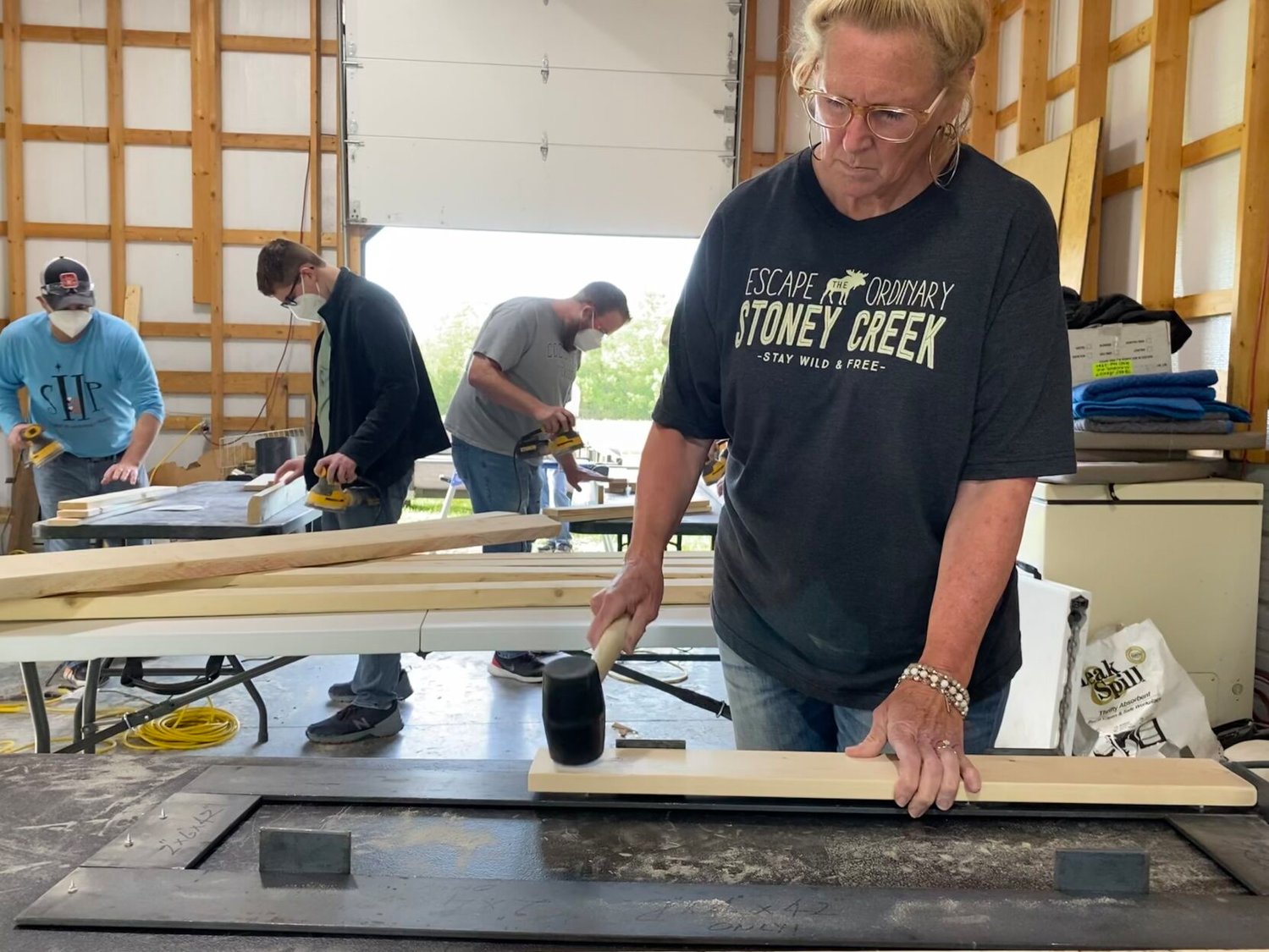 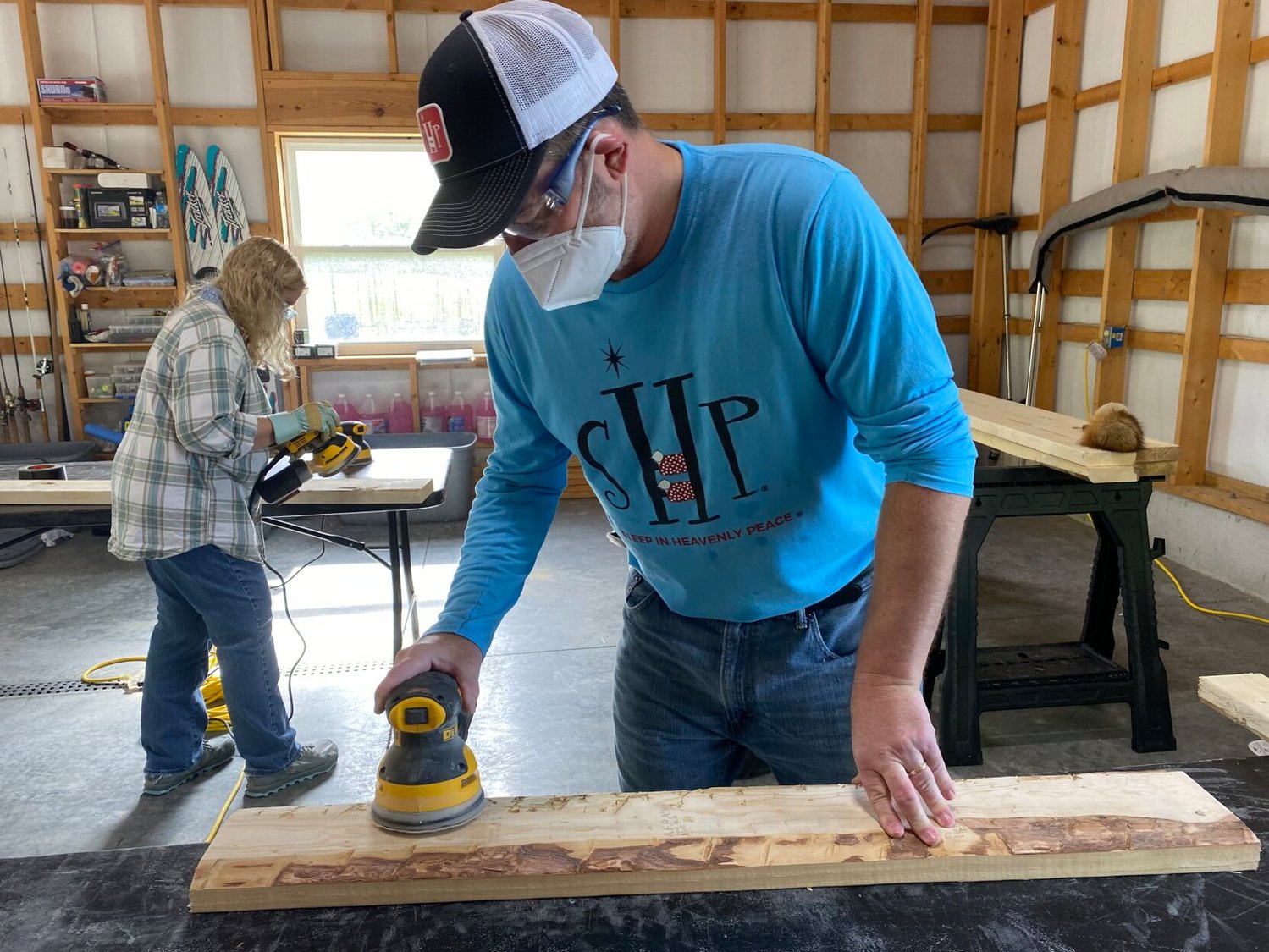 sss.JPG
Previous Next
Posted Wednesday, May 19, 2021 7:00 am
By Shelby Atkison shelbya@marshfieldmail.com

Sleep in Heavenly Peace has hit Webster County and is now accepting applications for the first 10 beds built at the first core team build. The five founders of the local chapter gathered at Terry Arndt’s shop to complete the task required to begin offering beds to Wester County youth.

“We’re set up in stations with marking and sawing outside, then the wood goes through the sanding stage before being marked and drilled,” said Arndt. “Then the boards are assembled and dipped in our homemade stain before being branded with the SHP logo… When we do this again, it will be a 20 bed build so things will be a little more spread out, but it’s the same concept every time. The process is designed to be seamless.”

The SHP organization is dedicated to finding and providing the resources, logistics and labor necessary to ensure every bedless kid in Webster County has a bed. SHP believes that all children deserve to have a safe, comfortable place to lie their heads each night. Notably one of the coolest resources coined by the organization is the homemade stain used for the beds, which is created by soaking steel wool in vinegar.

“Statistically there’s 1,250 kids in Webster County that don’t have their own bed,” explained Williams. “If we do, lets say six 20 bed builds in one year, we’re not actually reducing the number of bedless kids because as time goes on, the ones who age out or receive a bed are replaced by new kids… so we need to do more than that. We need to do 20 and 40 bed builds to effectively reduce the number of children in our county that don’t have beds.”

According to Williams, it takes about three hours to complete a 10 bed build. However, the SHP team will need more tools to be able to build more beds at an event.

“We need more tools and we still need a trailer, but it has to be 16 feet long, 7 feet wide with 7 feet of clearance height-wise,” he added. “The sooner we can get one, the better.”

Whenever an organization sponsors a build at their location, SHP would need the trailer to transport tools and lumber to the site, then back to wherever they’re housed once the beds are built. Then again it’s needed when the beds are being delivered to the approved applicants.

According to Williams, the organization has requested to utilize the old recycling space that’s vacant and owned by the City of Marshfield. The Board of Aldermen were set to discuss the topic at the Thursday, May 13 meeting, which was cancelled due to the events of the propane company explosion and will be rescheduled at a later date.

“Tonight we’re doing this build in our barn here in Niangua, but we need a home in Marshfield and a larger place to conduct on-site builds for SHP, as well as for storage,” said Arndt.

The first build was sponsored fully by John & Marty Foglesong, Carl & Karen Gore, Adam Blanch and the lumber was provided by Marshfield Lumber.

“Marshfield Lumber has been awesome, they’ve actually donated the lumber for this build and are offering a great price for future builds,” added Williams. “In addition to the cost of lumber, each bed will go to children with mattresses and bedding, which the organization will pay for if they are not donated.”

SHP is now accepting applications for the 10 beds built at Friday’s core team build. Anyone can submit an application for a bedless child by visiting www.shpbeds.org/chapter/mo-marshfield and clicking “Request a bed.”

“We’re looking for a few resources to be where we want to be; a trailer, a place to call home and bedding and mattresses,” Williams said. “Those are the types of things we need if anyone feels inclined to help.”

At the SHP Marshfield website, supporters can also make donations toward the cause or sign up to help with the next bed build, which is open to public participation. This 20-bed build will take place on June 12, see more details by visiting the website. For a full gallery of photos and videos from the inaugural build, visit www.marshfieldmail.com.

Find the organization on Facebook at Sleep in Heavenly Peace – Mo, Marshfield or contact Robert Williams at (417) 234-4786 or robert.williams@shpbeds.org for more information on developing a partnership, volunteering or donating to the cause.