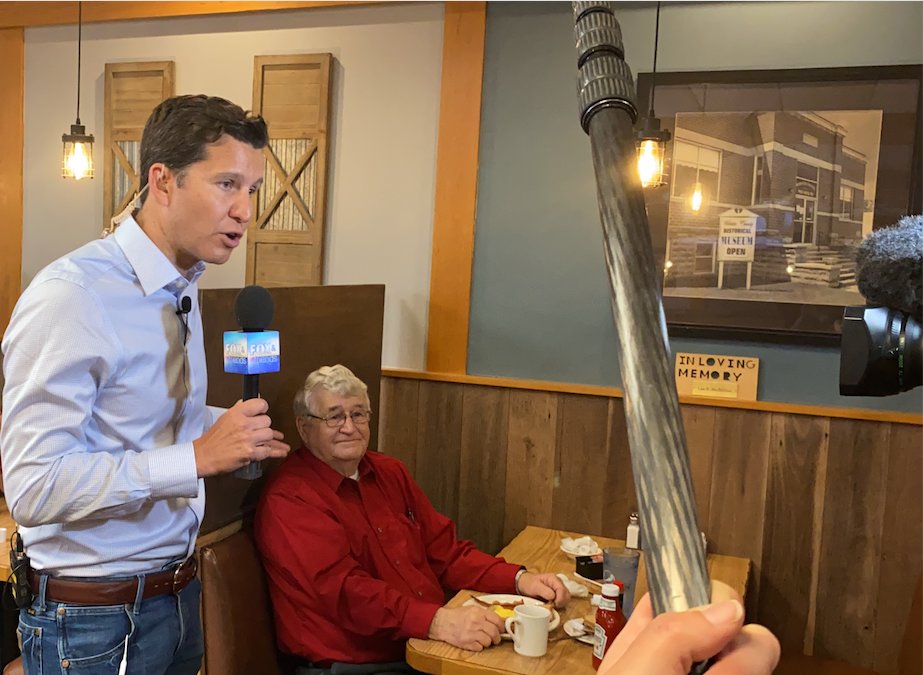 Jack Dinwiddie, of Marshfield, was interviewed live during his breakfast at Grillos as part of the Fox News “Breakfast with Friends” broadcast on Wednesday, April 28. 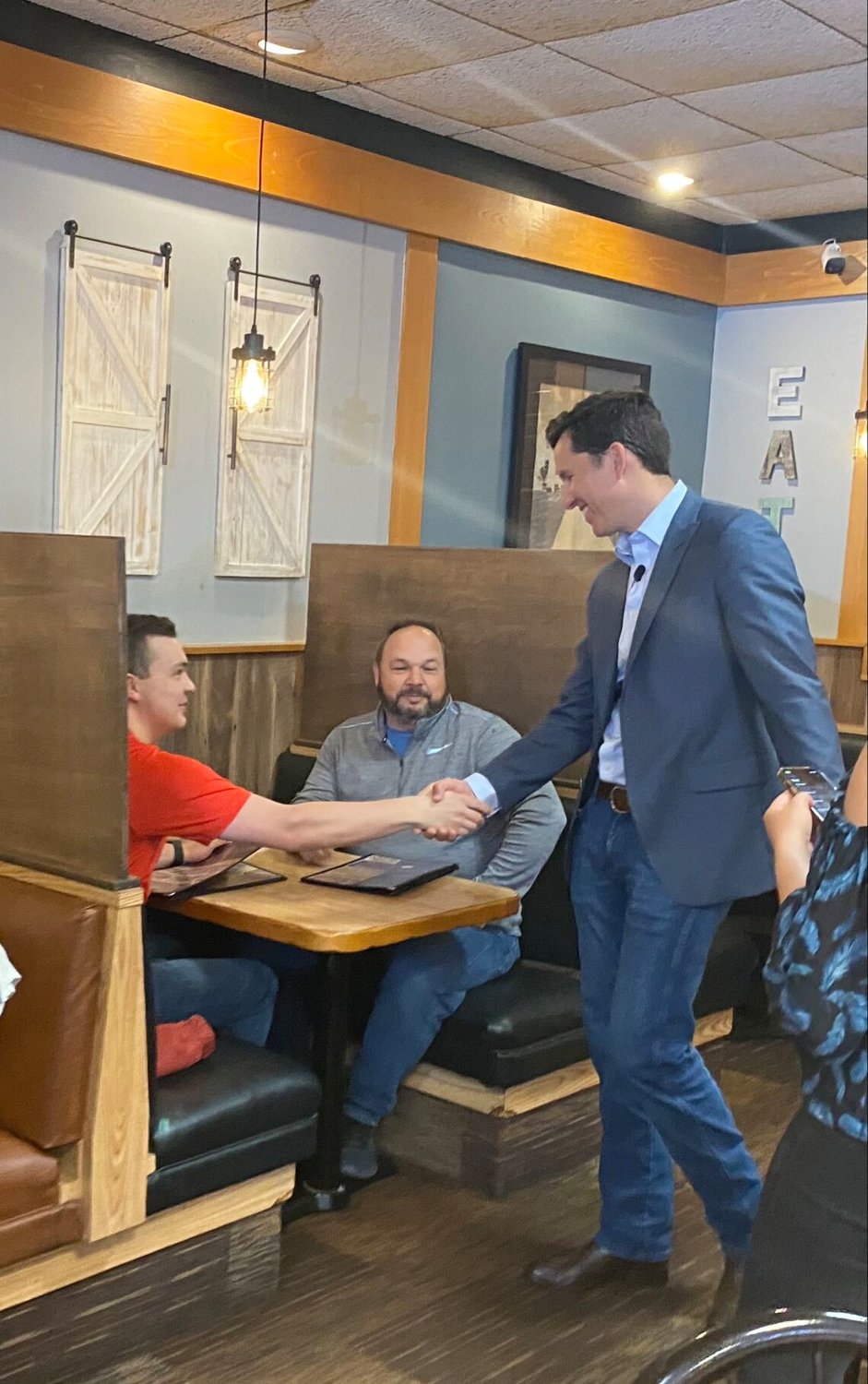 fox & friends
Previous Next
Posted Wednesday, May 5, 2021 4:00 am
By Shelby Atkison shelbya@marshfieldmail.com

Fox & Friends co-host Will Cain stopped by Grillos Cafe on Wednesday, April 28 to have breakfast and interview Marshfield citizens.

“We’re happy to be here… we do this a lot. We go around the country to various diners and the goal is to get outside of the New York City and Washington D.C. bubbles to hear their perspective on the state of the country,” said Cain. “We try to go to new places all the time. We’ve done so many different diners and… we chose Missouri this time.”

The television news special is titled “Breakfast with Friends” and airs live from small diners in places countrywide, from the Texas border to Atlanta to the coast to interview real people about the things that are happening in our country.

“I’ve never been in Marshfield before we got here yesterday and I’ve already talked to quite a few people this morning,” he added. “One of the things I hear right now over and over… is that there’s a lot of difficulty in finding help. I’ve heard it time and time again. You see these managers, these business owners working ridiculous hours and the bottom line is because they can’t find anybody to hire.”

Cain interviewed several Marshfield citizens who spoke of these issues, as well as some people who caught the news early and made close to an hour long drive to Marshfield to be a part of the broadcast ahead of President Joe Biden’s speech, which took place later that day.

“You do hear directly from them that the reason why is the amount and length of unemployment combined with stimulus payments have made it to where people just aren’t incentivized to work,” Cain added. “Especially at these more entry-level jobs. Like bussing tables or wait staff even, it’s a real challenge. It’s a policy in place that you see the real world effect of, you see the impact on peoples businesses and lives.”

See above for videos of the Fox & Friends crew inside Grillos cafe.