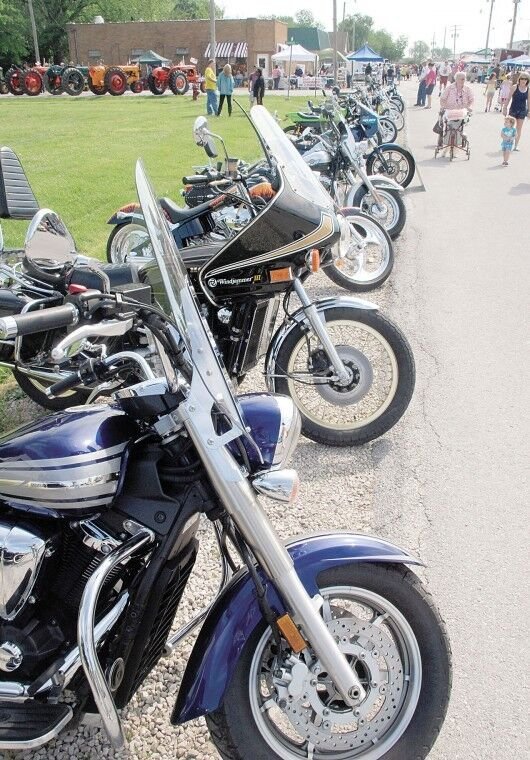 motorcycles
Posted Thursday, May 6, 2021 4:00 am
By Shelby Atkison shelbya@marshfieldmail.com

With warm weather arriving, motorcyclists are eager to hit the roads and take some trips. May is motorcycle awareness month and the Marshfield Police Department has some tips to ensure road safety this spring.

“I’ve personally seen one crash locally, on the Marshfield overpass,” described Detective Joe Taylor, MPD. “It was a low-speed crash between a truck and a motorcycle, with minimal damage to either vehicle… but serious, serious injuries to the motorcycle driver who did not have a helmet on.”

Missouri law does not require motorcyclists to wear a helmet, IF they are over age 18 and are able to show proof of health insurance. However, a helmet can be the difference between walking away from a crash or sustaining life-altering injuries.

According to Fannen, a helmet is just an extra layer of protection while motorcyclists are driving in an everchanging environment. Other recommendations for motorcycle drivers include obeying traffic laws, avoiding high speeds and never driving distracted or impaired.

“It’s not typically the motorcyclist that’s the treat in most accidents,” said Taylor. “It’s the driver that pulls out in front of them or just didn’t see them… I always recommend high visibility clothing.”

“It’s important to maintain distance and to be as visible as you can. It’s rare to have a motorcycle at fault versus the car, the motorcycle wasn’t even damaged in the case Taylor responded to on the overpass,” added Fannen. “But the driver hit his head on the asphalt several times and that was the largest injury sustained… a helmet could play a huge part in preventing head injury while riding.”

Other things to keep in mind when it comes to sharing the road with motorcycles:

Motorcyclists must also take precautions to remain safe on the road. Motorcyclists can increase their safety by following these steps:

“Statistically, distracted driving is one of the most underreported types of accidents… mainly from cell phones now but eating and that type of thing qualifies as well,” added Taylor. “May is motorcycle month.. but yearlong we need to watch out for motorcycles. Be aware.”