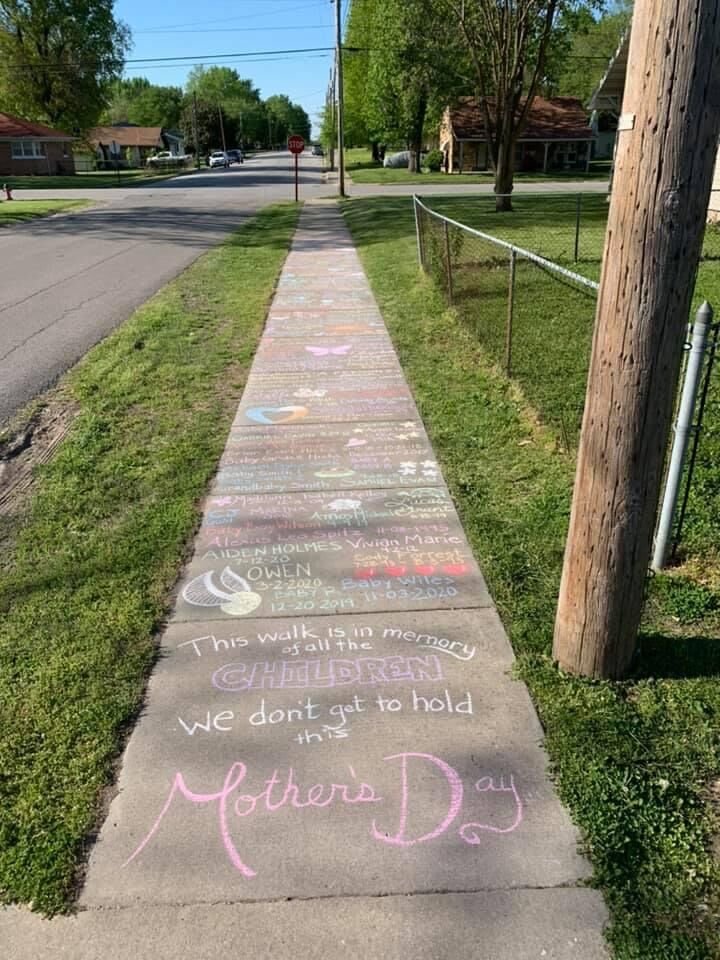 "This walk is in memory of all the children we don’t get to hold this Mother's Day."

Brianne Mansfield took to the sidewalk on Locust near Washington Street to honor 215 angel babies. The Marshfield mom has made a tradition of creating the chalk art memorial for Mother's Day as a way to encourage mothers and remember their children who have passed.

Mansfield dedicates her time to the project since infant and child loss a topic that most don’t discuss, but many have experienced, herself included. Last year, the memorial honored 117 babies who are no longer with us. This year, that number nearly doubled.

“It definitely seemed to reach a lot more people this year,” she said. “It took 10 hours to cover 13 squares with 215 babies honored.”

Baby names were submitted from all over Webster County, some even as far as Springfield, Republic and Clever. Each child’s name held special meaning, some donning symbols that were special requests of the mothers, some with dates and personalized colors. The project proves that those who have gone before their mothers are still just as loved as the ones that are here to celebrate Mother’s Day and Mansfield makes it her mission to honor them.

"Some days you feel like the world has forgotten your baby,” Mansfield explained of the project. "It's heartbreaking to think that you’re the only one who holds their memories. Mother's Day is particularly hard for mothers with children in heaven. I never want them to feel like they are the only ones who remember."