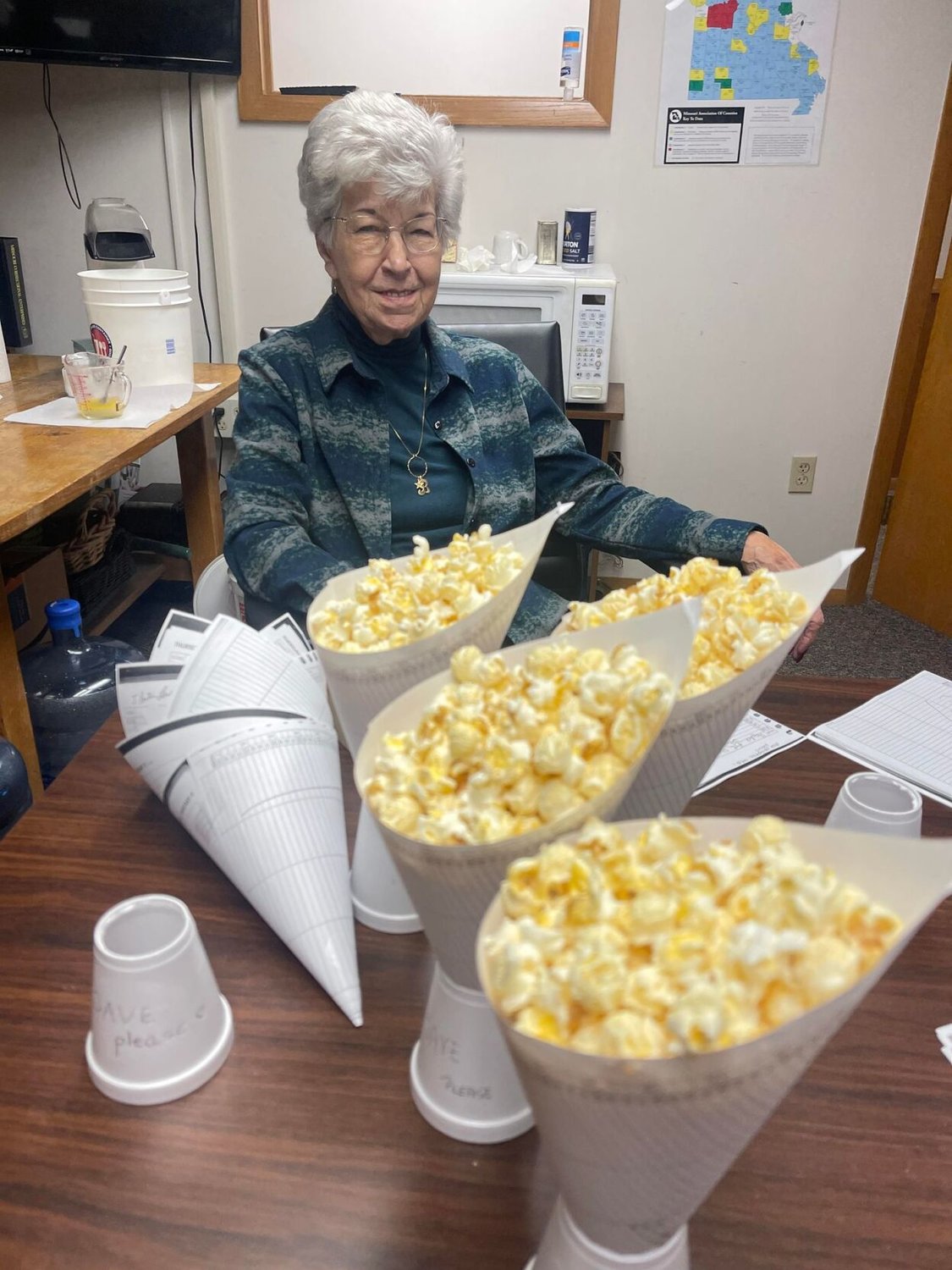 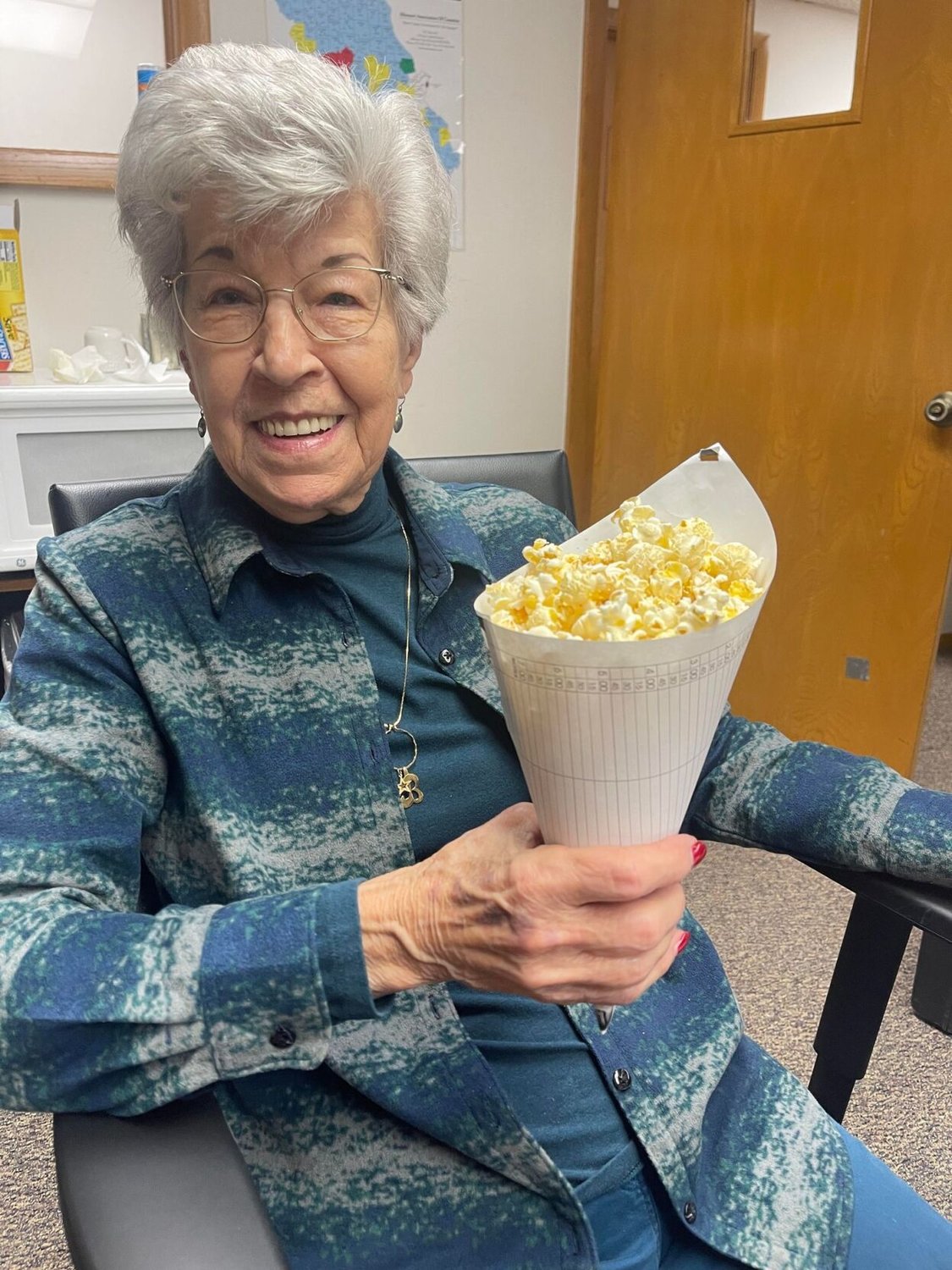 Previous Next
Posted Tuesday, January 24, 2023 11:43 am
By Shelby Atkison shelbya@marshfieldmail.com

Former Associate Court Clerk Barbara Ehlers first moved to Marshfield from Competition, Mo in Laclede County in 1974. Judge Childress hired her in 1977 and she worked in the office through 1999. The 45-year tradition at the Webster County Courthouse first started in 1979, shortly after Judge Daniel Max Knust was elected.

Ehlers was asked to pop popcorn for the courthouse law enforcement, judges, staff and county employees each Wednesday morning. Though she retired in 1999, she hasn’t put away the oil and corn kernels just yet…

“Judge Knust just really liked popcorn,” she giggled. “When I was ready to retire in 1999, he told me I could retire from my job but I couldn’t retire from the Wednesday morning popcorn.”

Ehlers uses recycled court docket sheets to create the cones for the popcorn. Her routine is the same now as it was over four decades ago. She pops the popcorn, prepares the court docket cones and fills them for folks to grab as they come and go.

“Here’s one of my special ones right here… My favorite part of this is all of the people,” Ehlers said after welcoming the Sheriff and distributing a cone of popcorn. “That’s why I keep doing it. I love coming up and talking to people.”