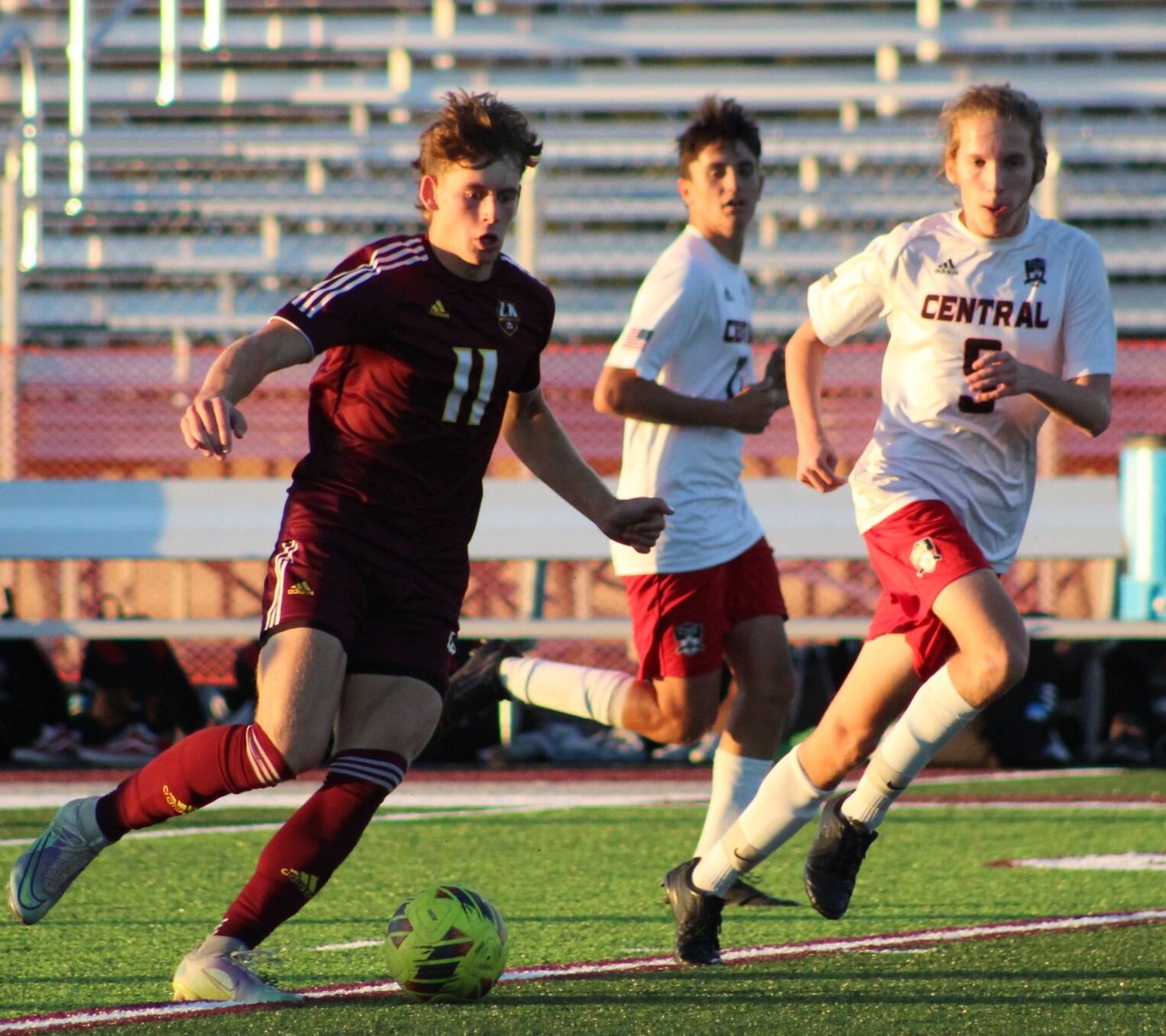 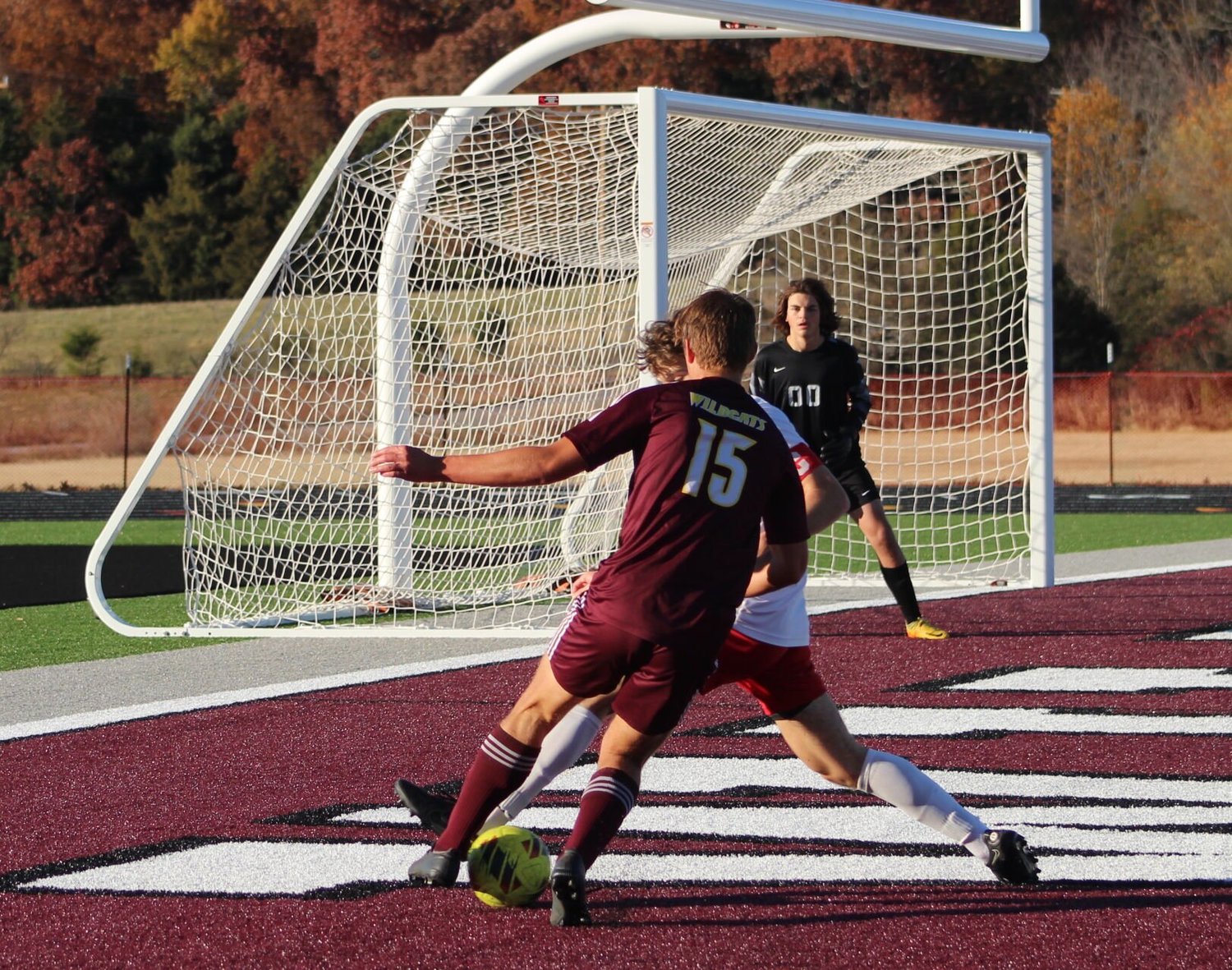 Weaving through the Bulldogs is Sophomore Marcus Sirb, scoring the first goal of game.
Previous Next
Posted Wednesday, November 2, 2022 2:00 am
By John “J.T.” Jones johnj@marshfieldmail.com

Last Thursday, Oct 27, was the final game of the regular season for the Logan-Rogersville Boys Soccer team. The Wildcat's opponent was the Central Bulldogs. But it would be the cherry on top of a sweet record-breaking season if L-R won.

The game kicked off with both sides' solid offensive and defensive plays, including great blocks from sophomore goalkeeper Brandy Goodson. Recently Goodson set a new record for goalkeepers, 14 "Clean sheets," meaning he prevented the other team from scoring a single goal. Then, roughly halfway through the first quarter, #15 Marcus Sirb would achieve the game's first goal. The game continued but was halted when Goodson sustained an injury and was pulled from the competition. Just as the first quarter was winding down with 38 seconds left, the Bulldogs would score a goal tying the first half of the game 1-1.

The second quarter would see both sides play more aggressively, trying to score that coveted goal. Finally, #11 Stewart McDonald would be honored and kick the final game-winning goal for Logan-Rogersville. This marked the 20 official wins for the Wildcats, setting them up for success in Districts.

"It has been a great season," reflected Brett Wubbena, Head Coach for the Wildcat Boys Soccer team.

And what a great season indeed on Oct 31, the Wildcats would begin their journey through districts. Their opponent was the Cassville Wildcats. Well, this tournament is only big enough for one Wildcat. The winner, with 4-1, was the Logan-Rogersville Wildcats. The next round will see L-R Wildcats (21-3) at home against Osage (17-6) tonight, Nov 2, at 6:00 p.m. you want to attend this as the winner of this round will advance to the State tournament. Let's go, Wildcats!