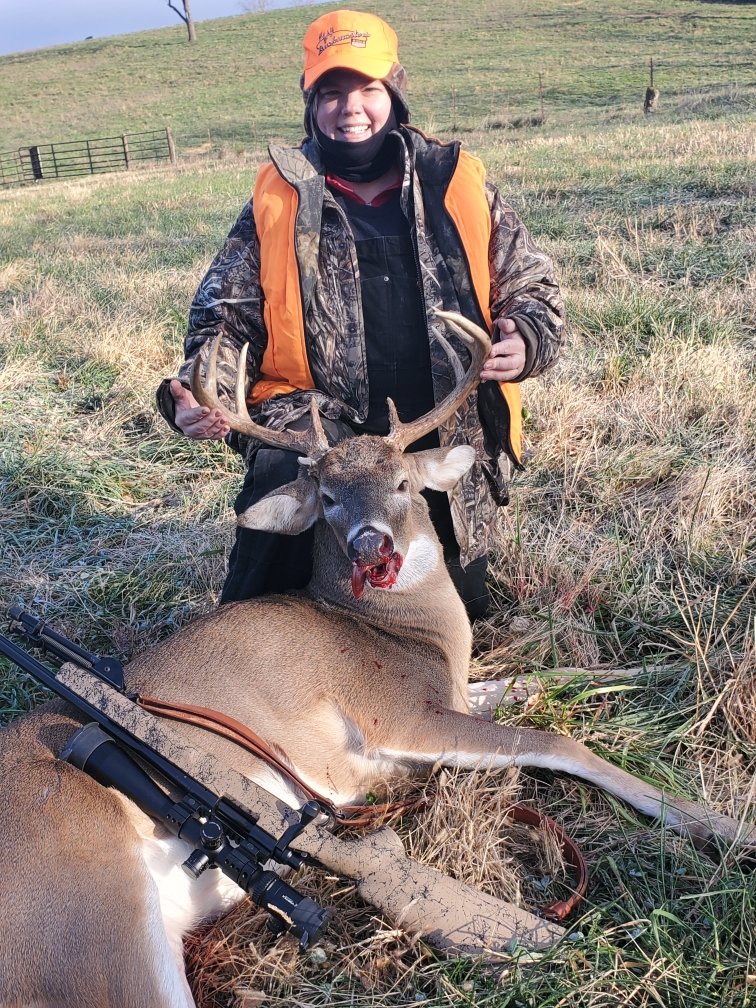 Tara Hunget takes a 200-yard shot to harvest a 9-point buck on her family’s land north of Marshfield. 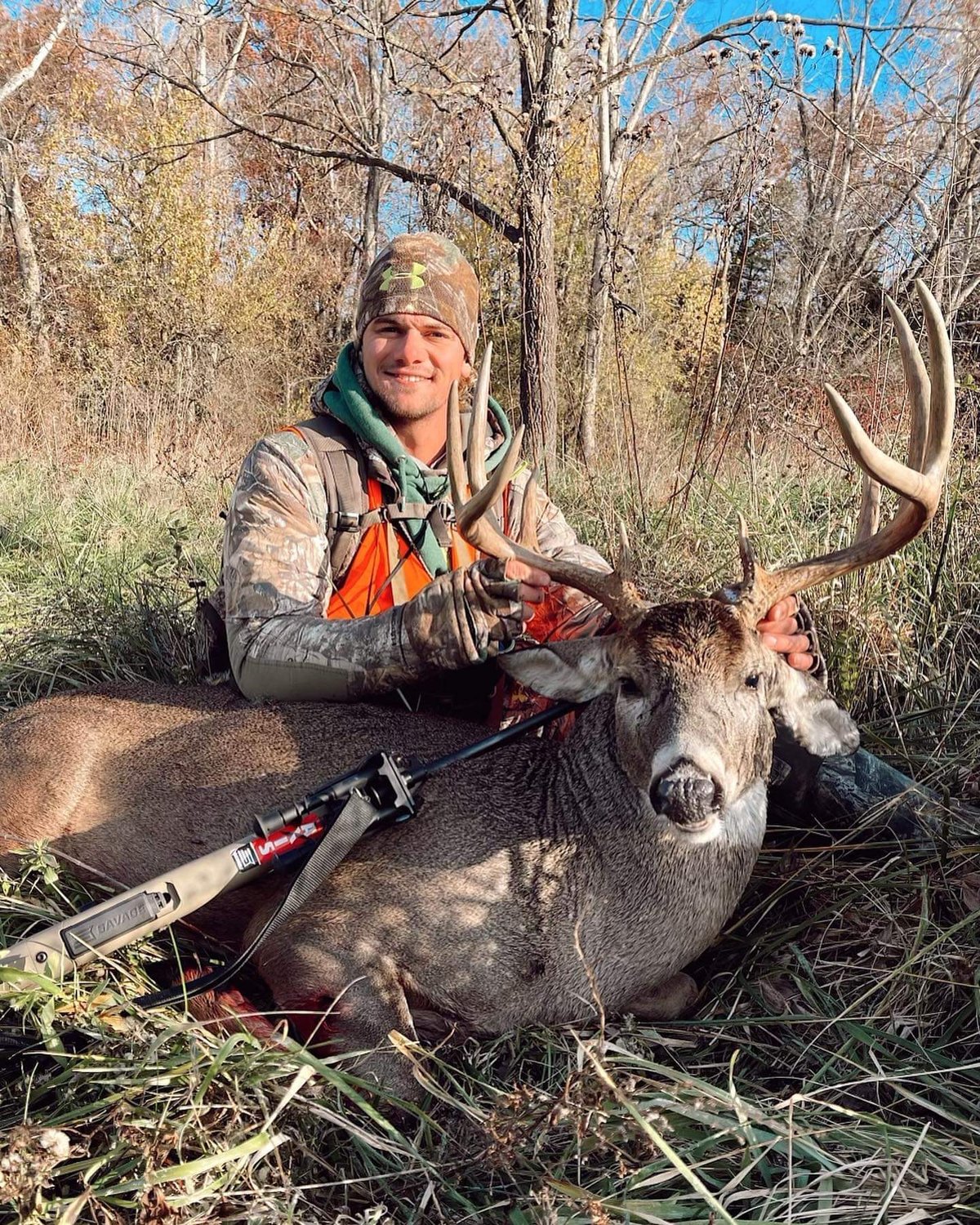 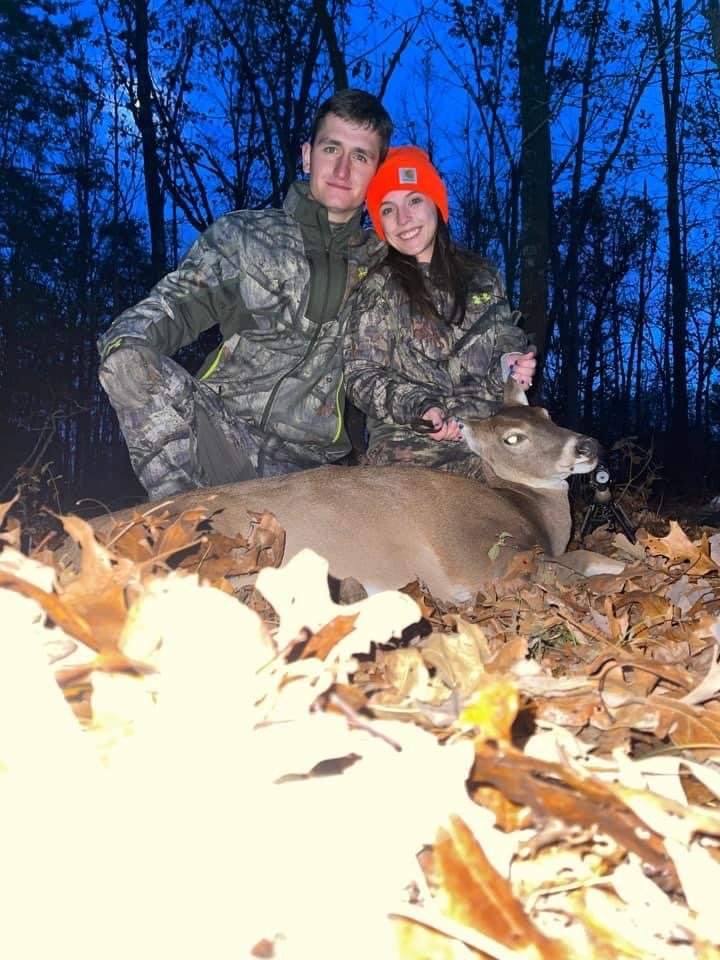 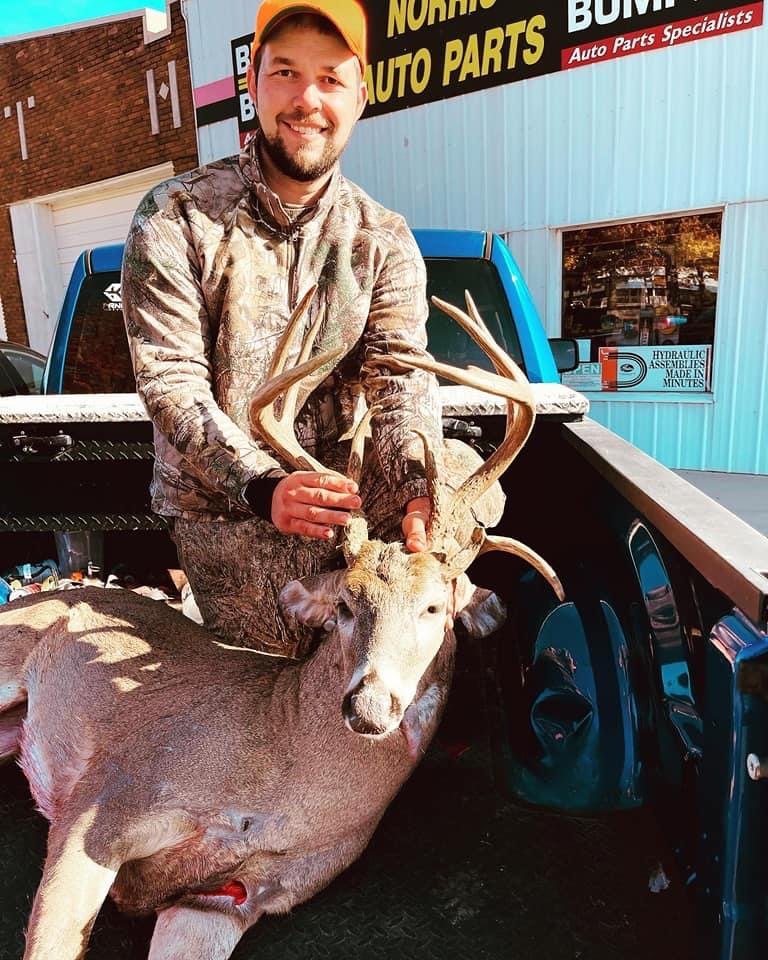 Dustin Wierman took down a once in a lifetime buck just west of Seymour. The 10-point buck had three different antlers. 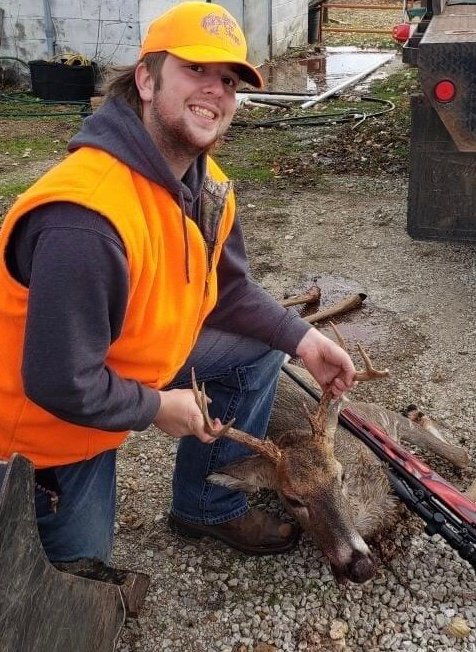 Gabrial Wilcox spent his Sunday morning hunting near Elkland. He was lucky enough to go home with this 7-point buck. 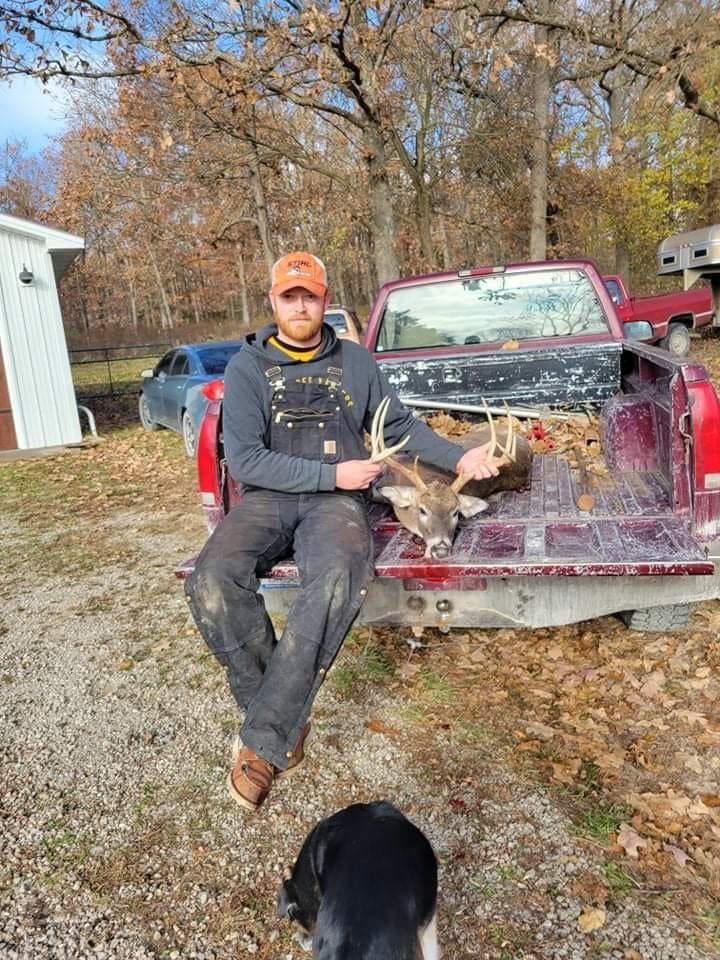 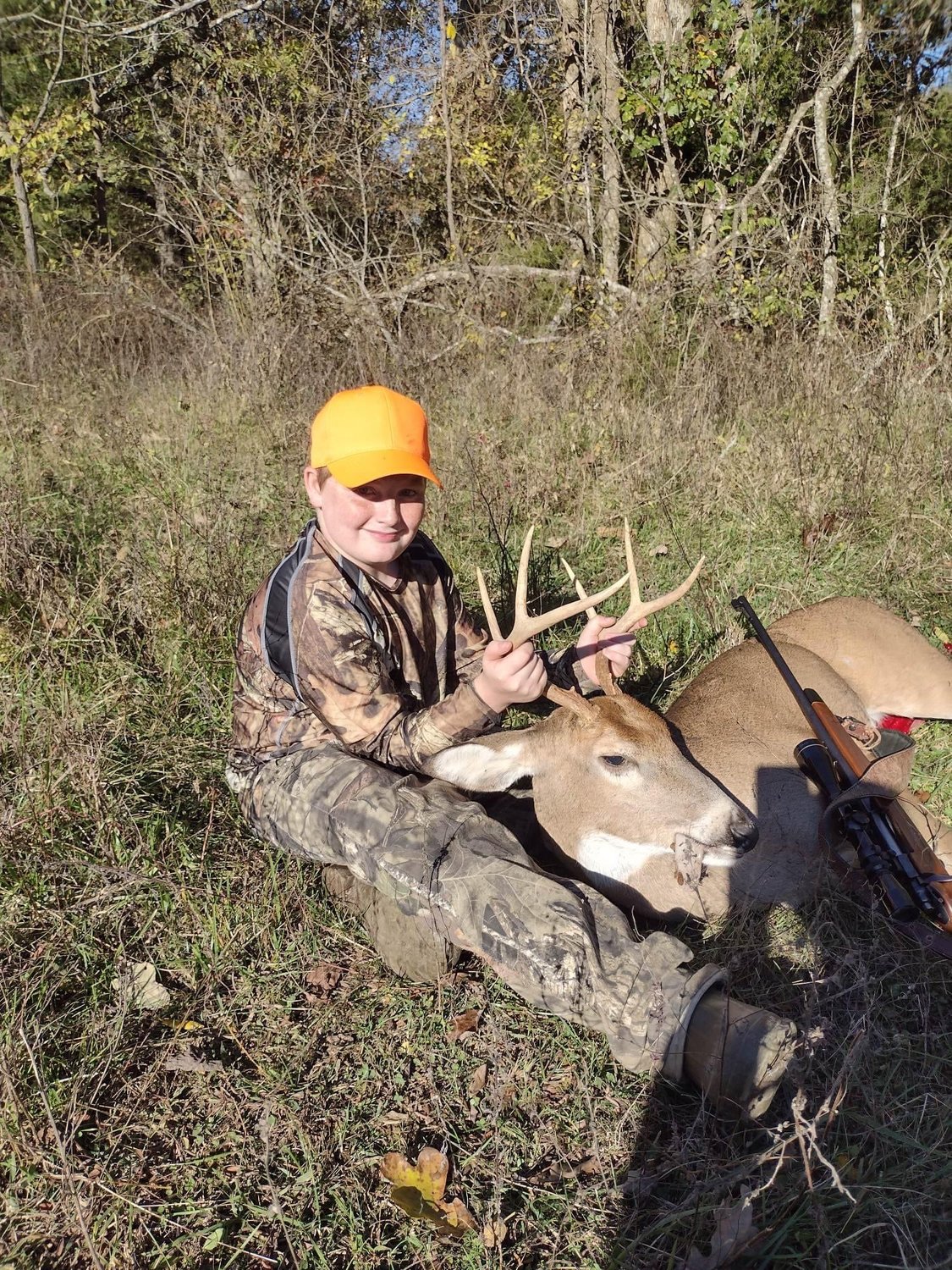 Tuff Crawford presents the 6-point he proudly shot around Niangua. 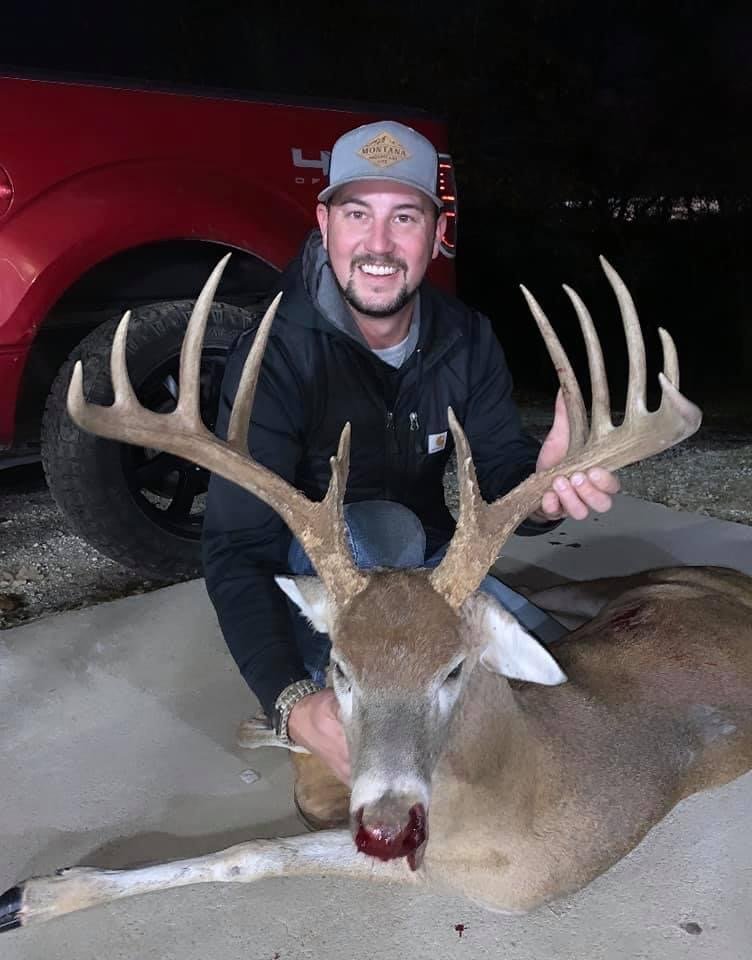 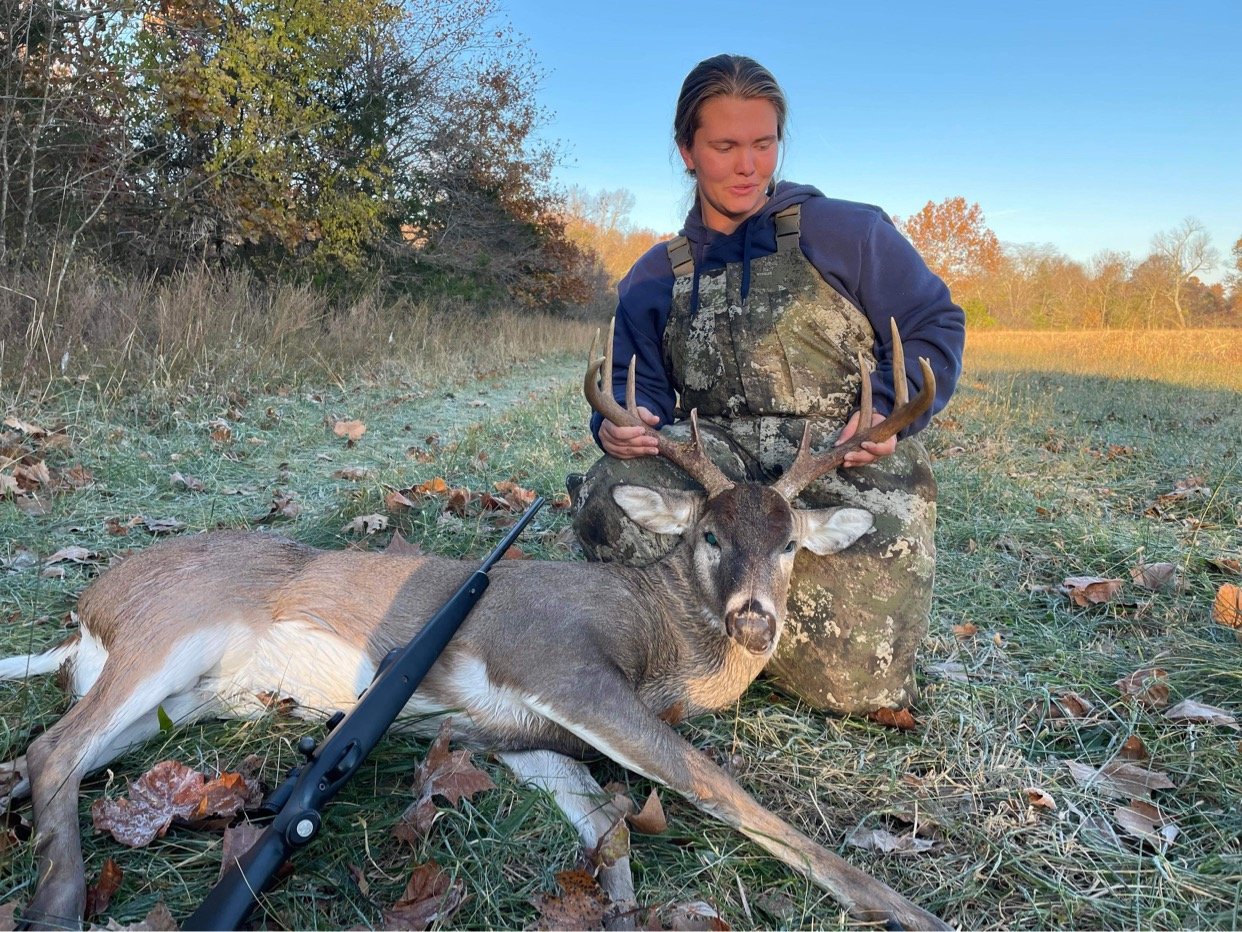 It is a family affair. The entire Weaver family has a successful hunt near Marshfield. Lacey Weaver pictured with her well earned 10-pointer. 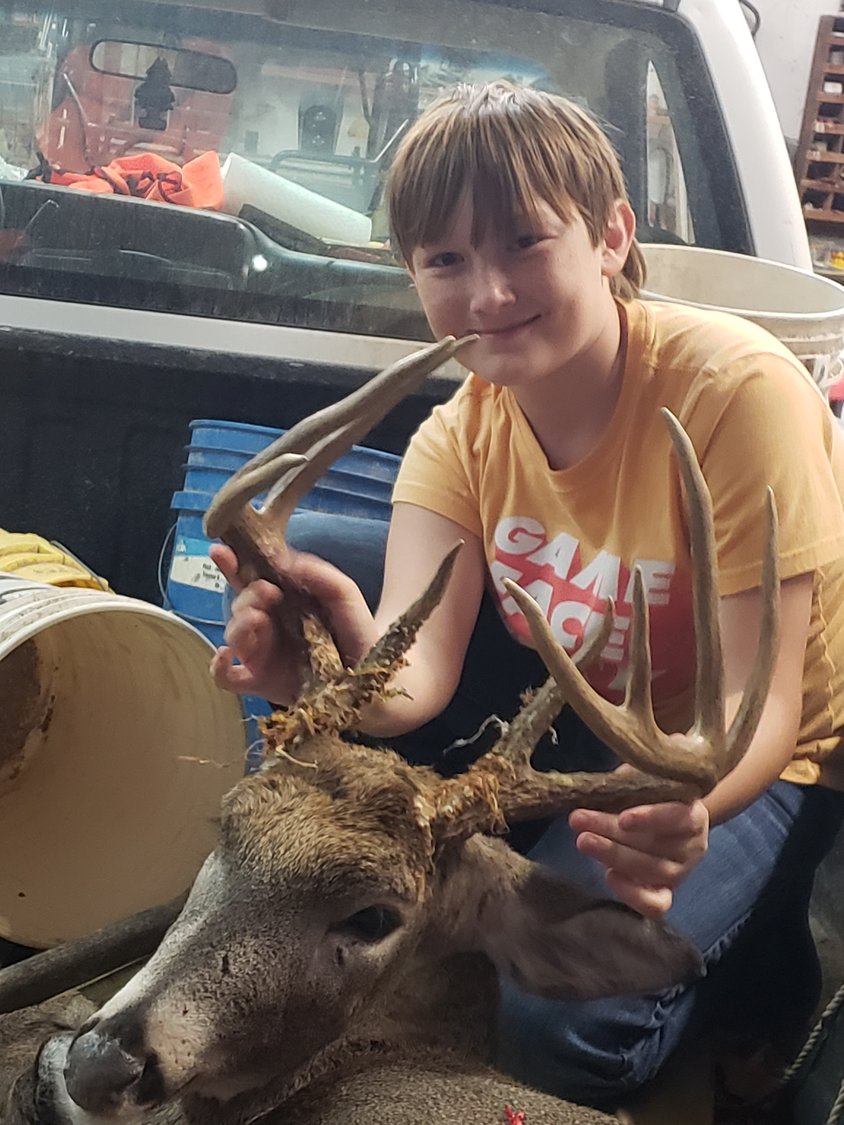 Good things come to those who wait. However, Marshfield native, Tara Hunget was not convinced while bundled up at 6 a.m. on opening day, Nov.13.

Between the chatter of her teeth and the wind howling and swirling her scent around, Hunget expected to see nothing. The sun rose and the clock ticked away. It was almost 8:30am by the time Hunget saw her prize walk into the open field. The only problem was that it was 400-yards away.

Hunget snuck herself closer until she was approximately 200-yards from the large buck.The antlers seemed to grow the closer she got. She crawled through the winter brush until she could line up the perfect shot. With the squeeze of the trigger, the buck took its final steps until it laid down for the last time.

This number will only increase as hunters get the opportunity to get outdoors. Hunget embodies all the qualities of a great hunter; loves the outdoors and understands that deer conservation is necessary.

“My favorite part of hunting is spending time outdoors. Enjoying nature and all its beauty is always the best. I also think hunting is a vital wildlife management tool and a good way to put food on the table,” explained Hunget.

Many more will attempt to “put meat in the freezer” before the end of season. The MDC expects to see around 180,000 deer harvested based on previous years numbers. The official last day to use firearms during deer season is Nov. 23, ending at sunset.