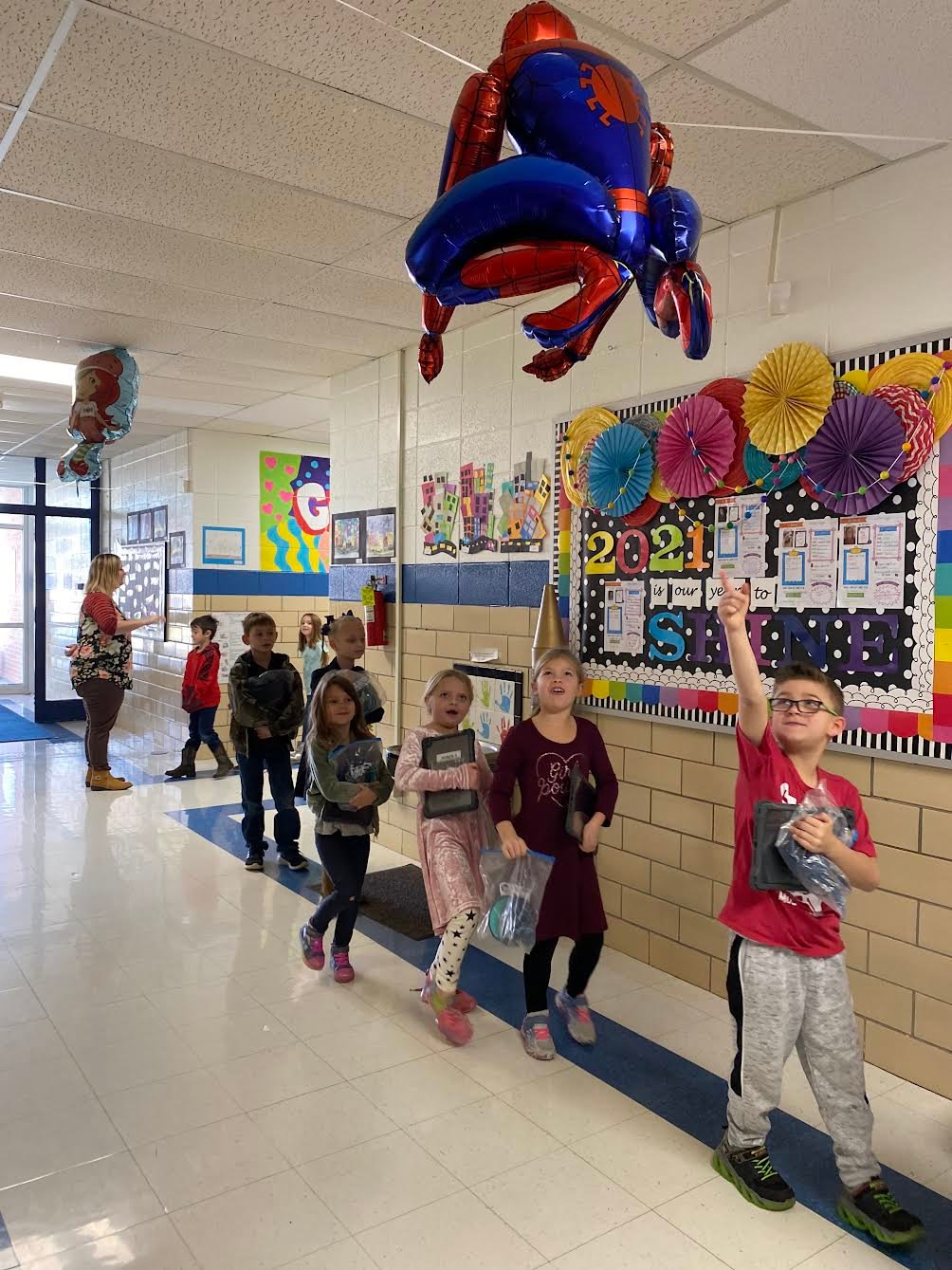 Spiderman was a main attraction for Monday’s parade.
Photo by Shelby Atkison 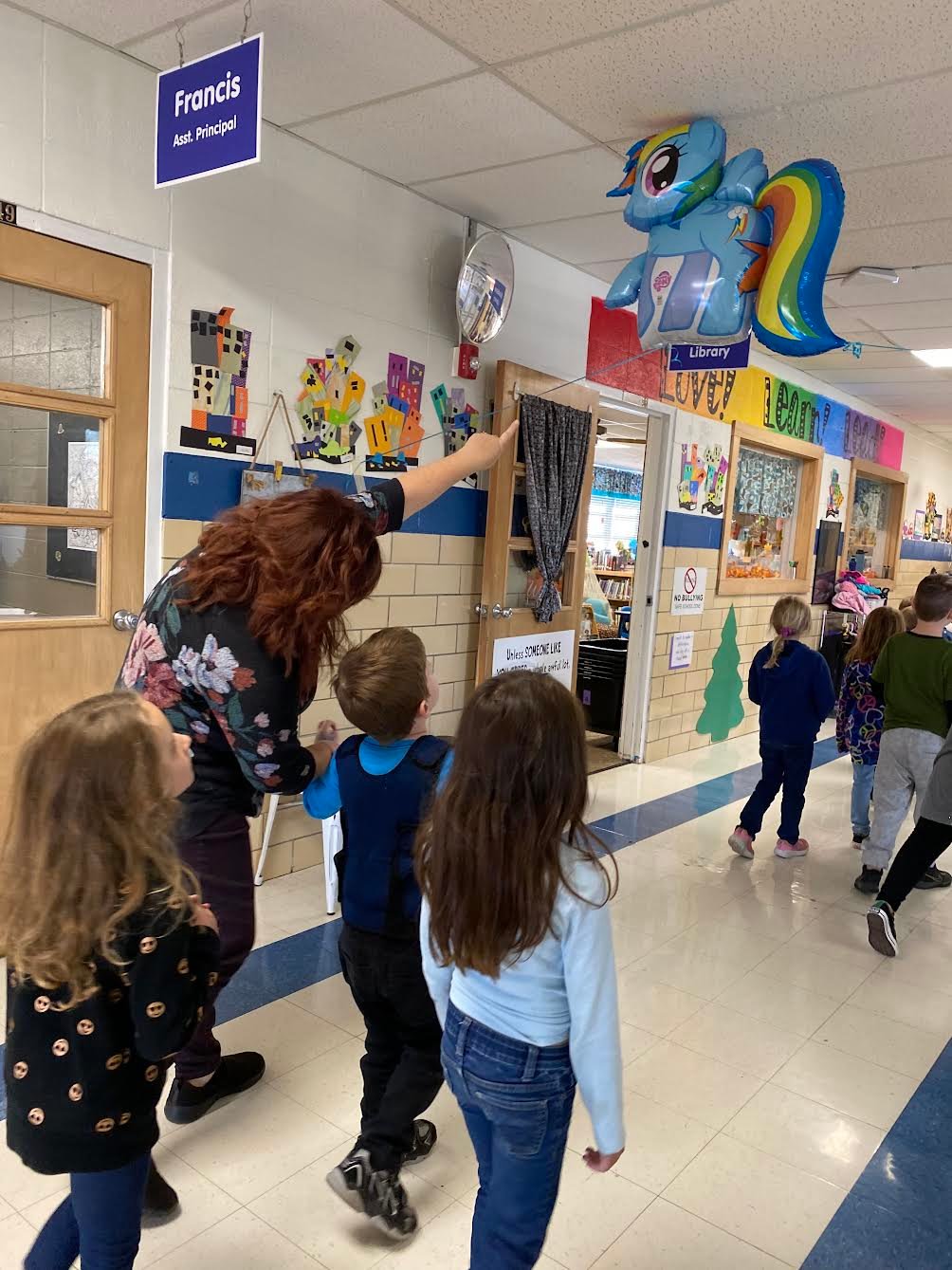 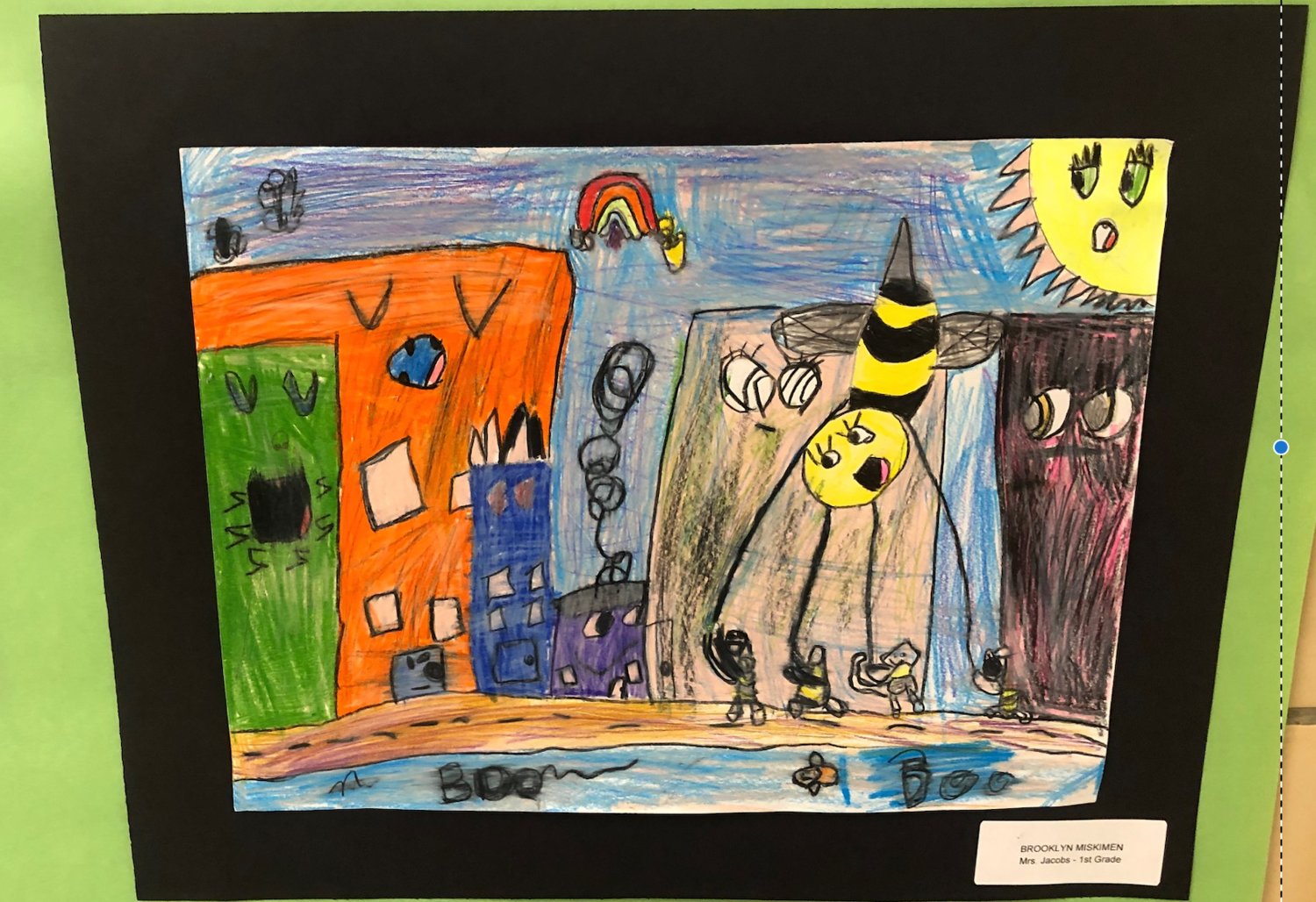 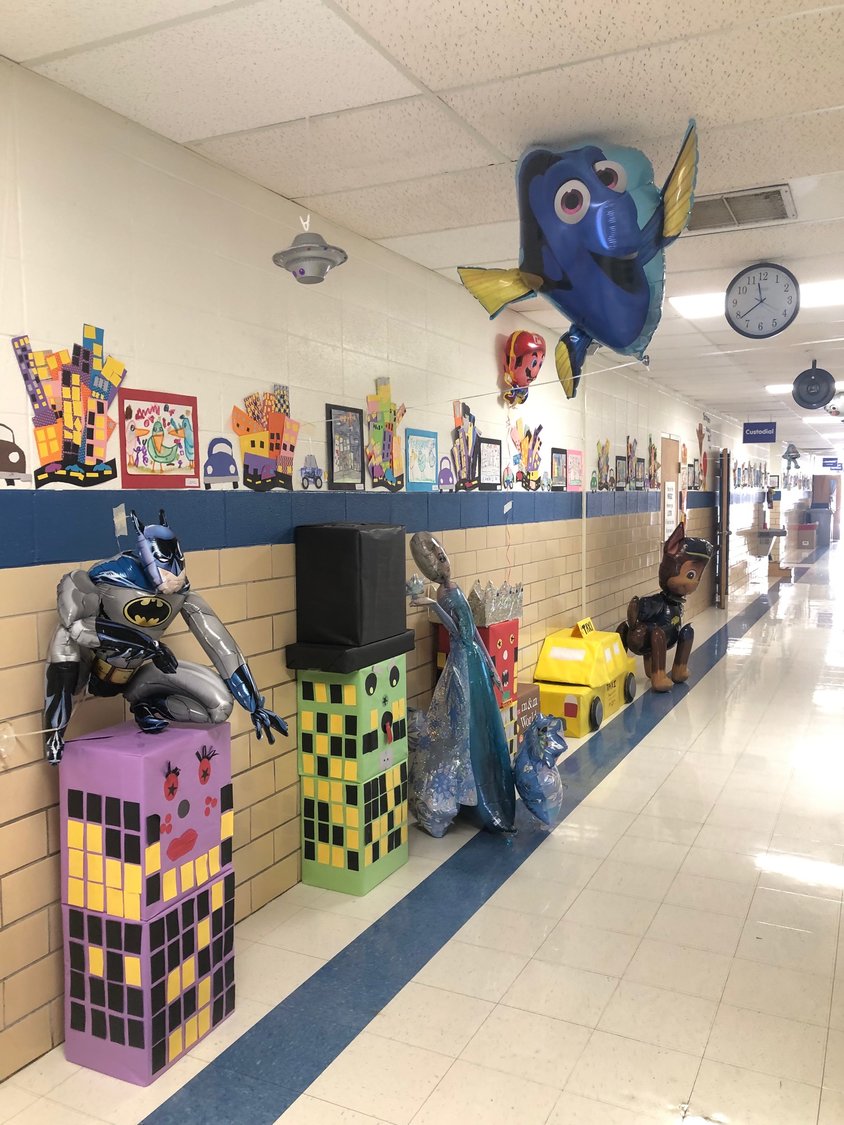 Buildings and balloons decorate the hallway for the Hubble parade.
Photo by Alyssa Andrews 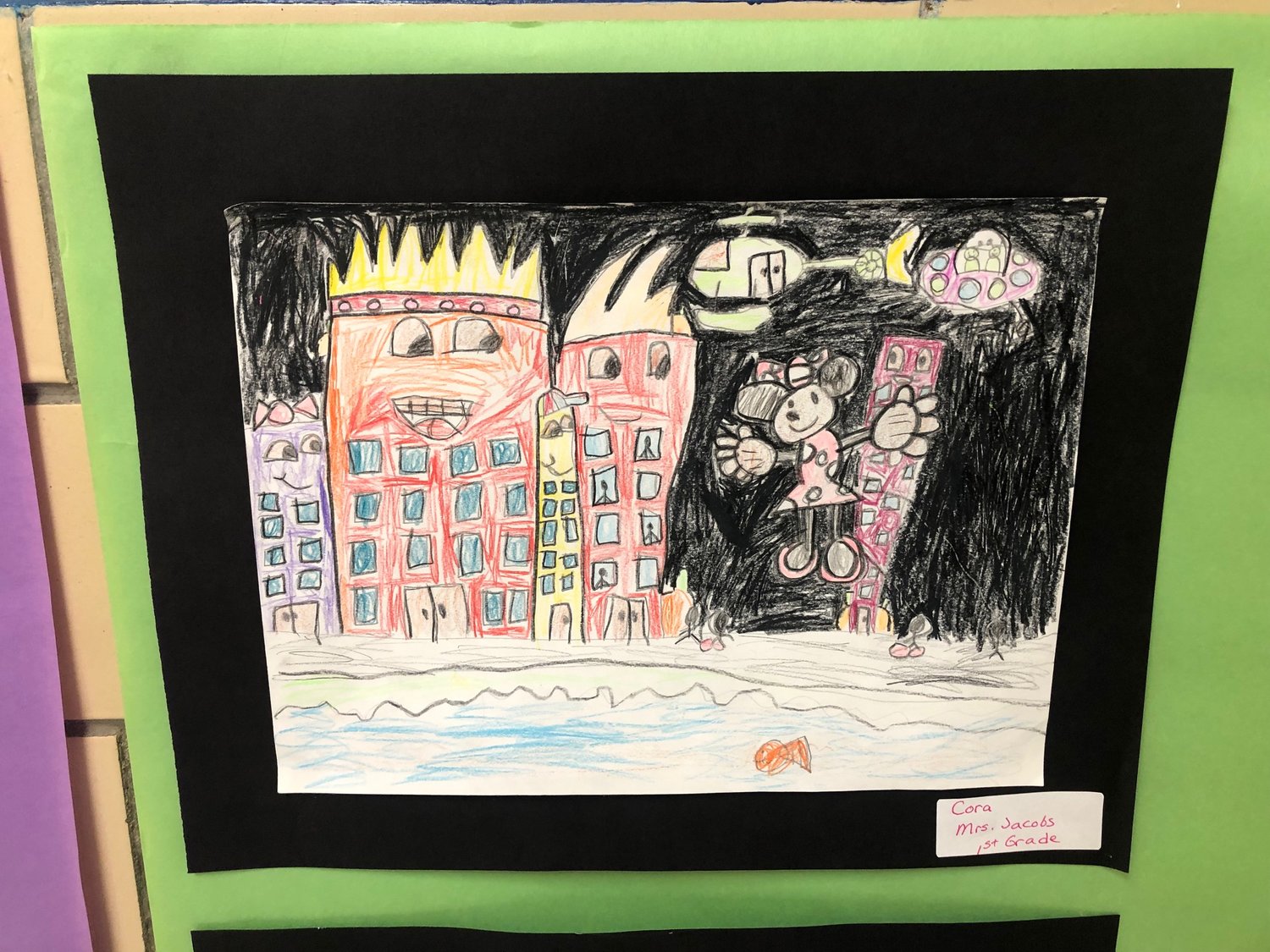 Summers made the project student-involved and instructed her kids to craft their very own James Rizzi inspired artwork in class.

“Rizzi is a fun artist, from New York that the children could emulate in their own drawings,” said Summers.

According to Summers, she was inspired not only by Rizzi’s child centered art but Conway schools who also implemented the art in their own parade.

Summers recreated an elementary themed Macy’s Thanksgiving Parade with the help of fundraising. With the purchase of balloons and the final touches of the students art work, the main hall of Hubble was ready for the high energy parade cheering down the halls.

“I am so proud of how hard my students worked to create great pieces of art,” smiled Summers.

For a video glimpse into the parade, visit this article at www.marshfieldmail.com.