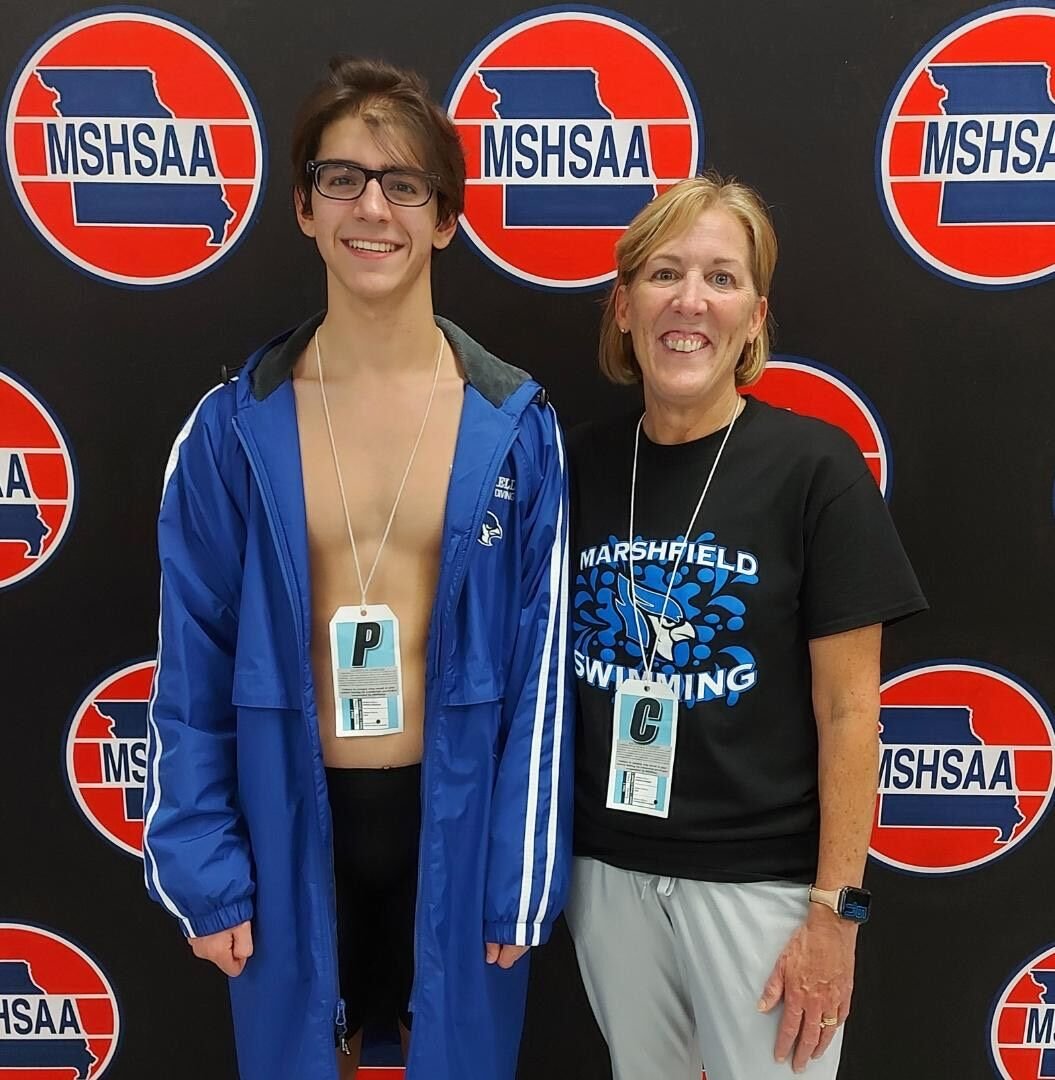 Dotson poses for a picture with swim coach Ann Leonard after competing at the state competition.
Contributed by Ann Leonard 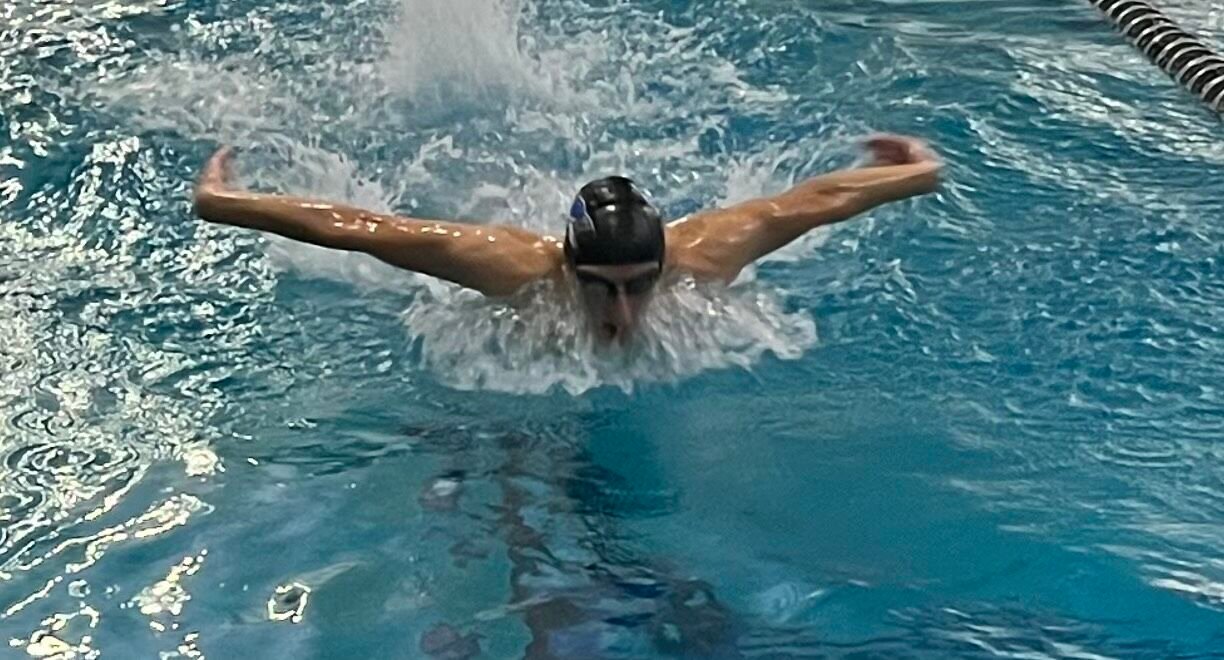 Dotson swam the butterfly in his fastest time of the season, completing it in 56.56 seconds. “I am very grateful about the opportunity to swim at state. Last year, I set a goal for myself to make state and it feels great to have achieved it. I really love swimming and for now, I plan on swimming in college,” shared Preston Dotson.
Previous Next
Posted Wednesday, November 16, 2022 2:00 am
By Amber Brand amberb@marshfieldmail.com

Dotson was able to beat his personal record swimming the butterfly in 56.56 seconds. While he did win his heat, he did not make it to finals.

"I can’t explain what a pleasure and honor it is to have been able to coach Preston. If you look up “hard working” in the dictionary there is probably a picture of Preston," commented Marshfield Boy's Swim Coach Ann Leonard.

"He set a goal last year of making it to state by his senior year and he worked so hard to accomplish that goal! He works hard in the pool and as hard in the classroom as he has a 4.0 GPA. I am so proud of him.“