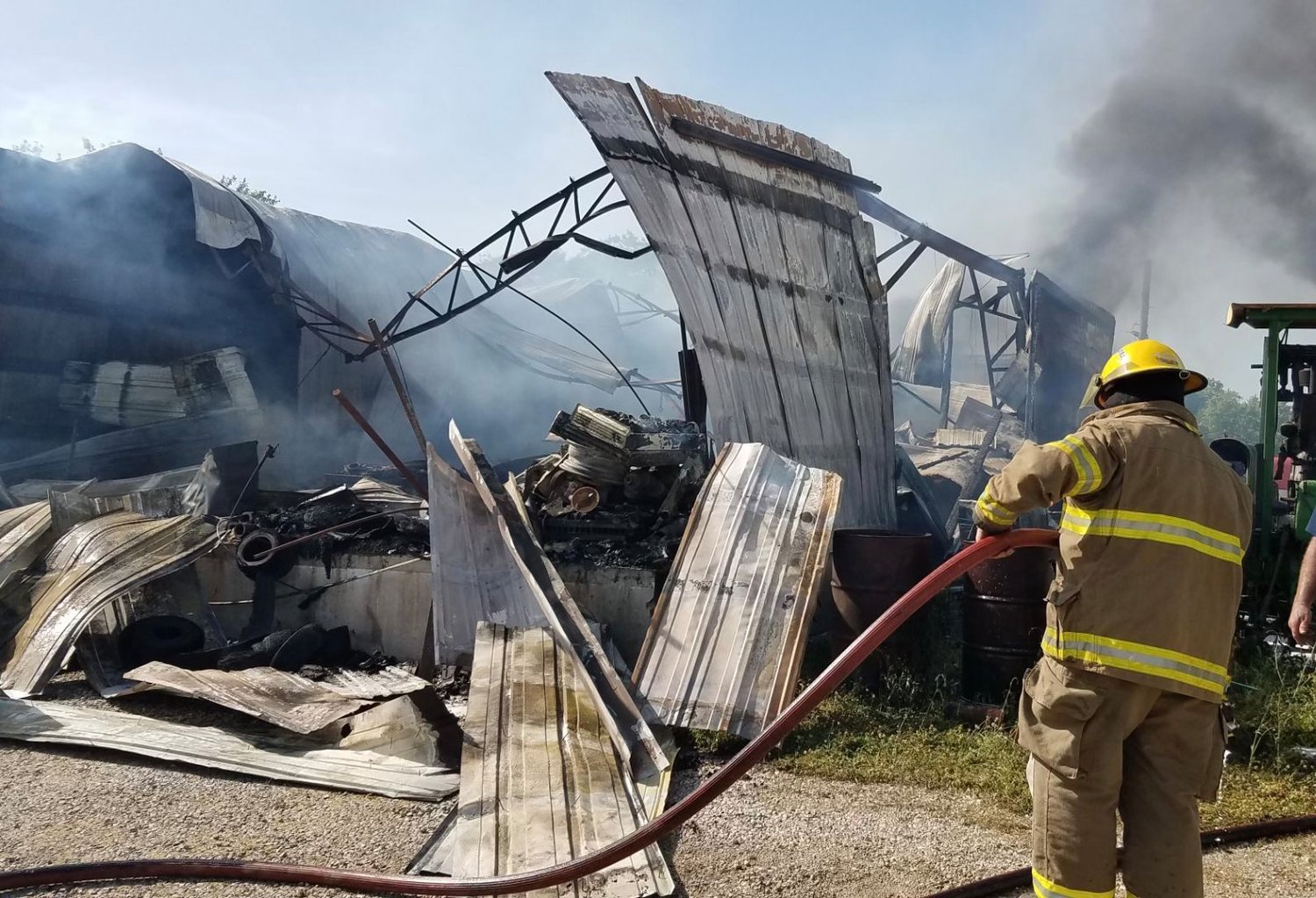 Elkland, Marshfield and Buffalo firefighters respond to a fire in Elkland, MO on June 16.
Contributed Photos by Kayla Underwood 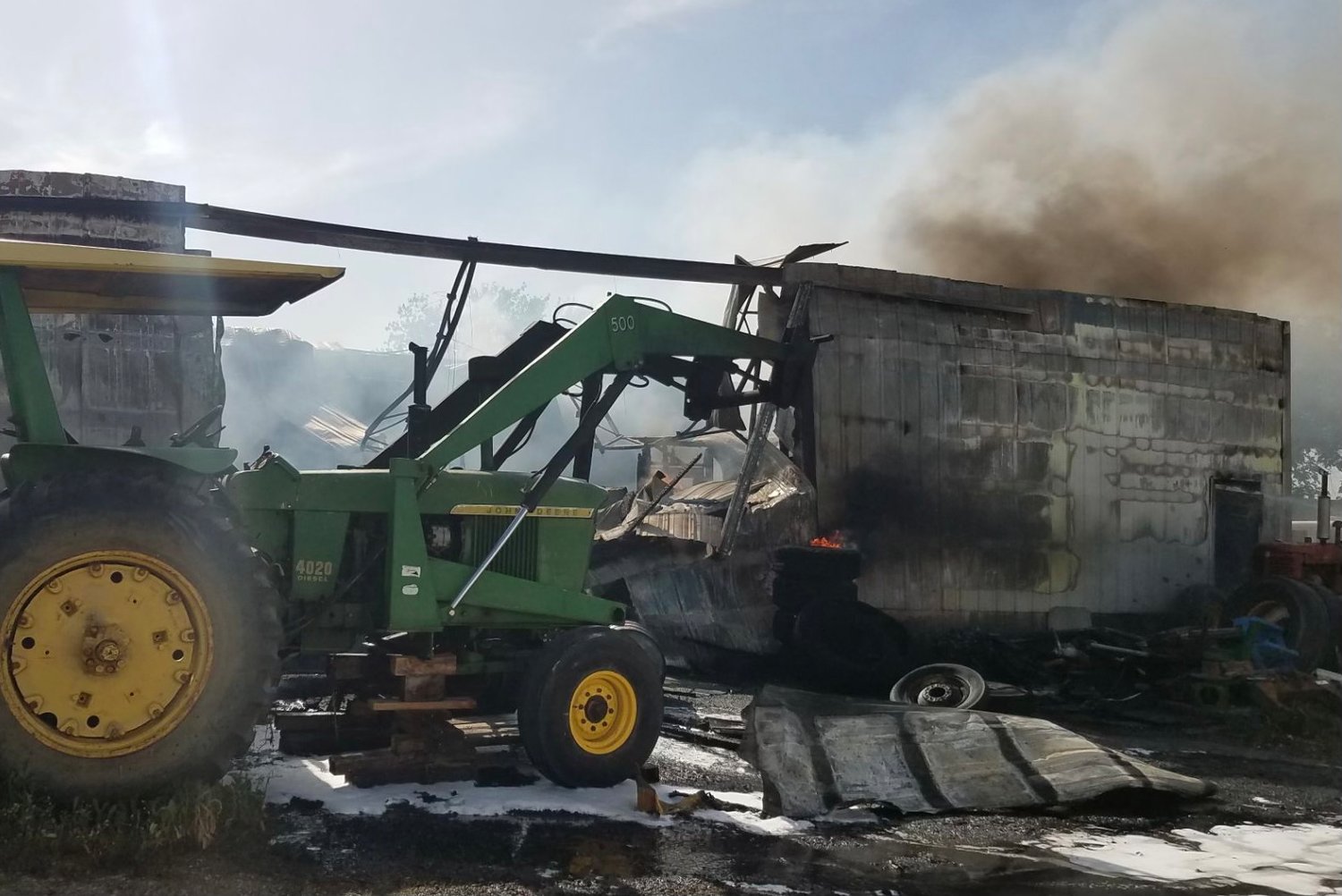 The remains of the Uchtman’s building off of HWY 38 in Elkland, MO.
Contributed Photos by Kayla Underwood
Previous Next
Posted Wednesday, June 22, 2022 12:00 am
By Alyssa Andrews

On June 16, a devastating fire destroyed a property in the township of Elkland, MO. Located off of MO- 38, a shop filled with heavy machinery and equipment caught fire.

Local resident and board member of the Elkland Fire Protection District, JB Underhill, called 911 and reported smoke billowing from the windows of the building.

The Elkland Fire Protection District is located across the street from the burning building, however, updates were being made to the facility and the trucks were displaced at the time of the fire.

The building housed numerous flammable liquids, heavy equipment and combustibles, prolonging the life of the fire. The fire was reported at 3:30 p.m. and major fires were out by 5:30 p.m.

The cause of the fire is currently still under investigation, however, suspected sparks from a grinder within the facility are thought to have started the fire.

No injuries were reported. Russ Douglas, the Emergency Management Director of Webster County, delivered 24 cases of water on behalf of the Red Cross. The Red Cross also delivered food to the firefighters on the scene, with the help of Hannah’s Gas Station providing additional water and ice.

The Elkland fire department is composed of approximately 10 volunteers from the area. Chief Sam Parrot of the Elkland Fire Department has served for 35 years. For more information about the fire department, contact them at (417) 933-5454.