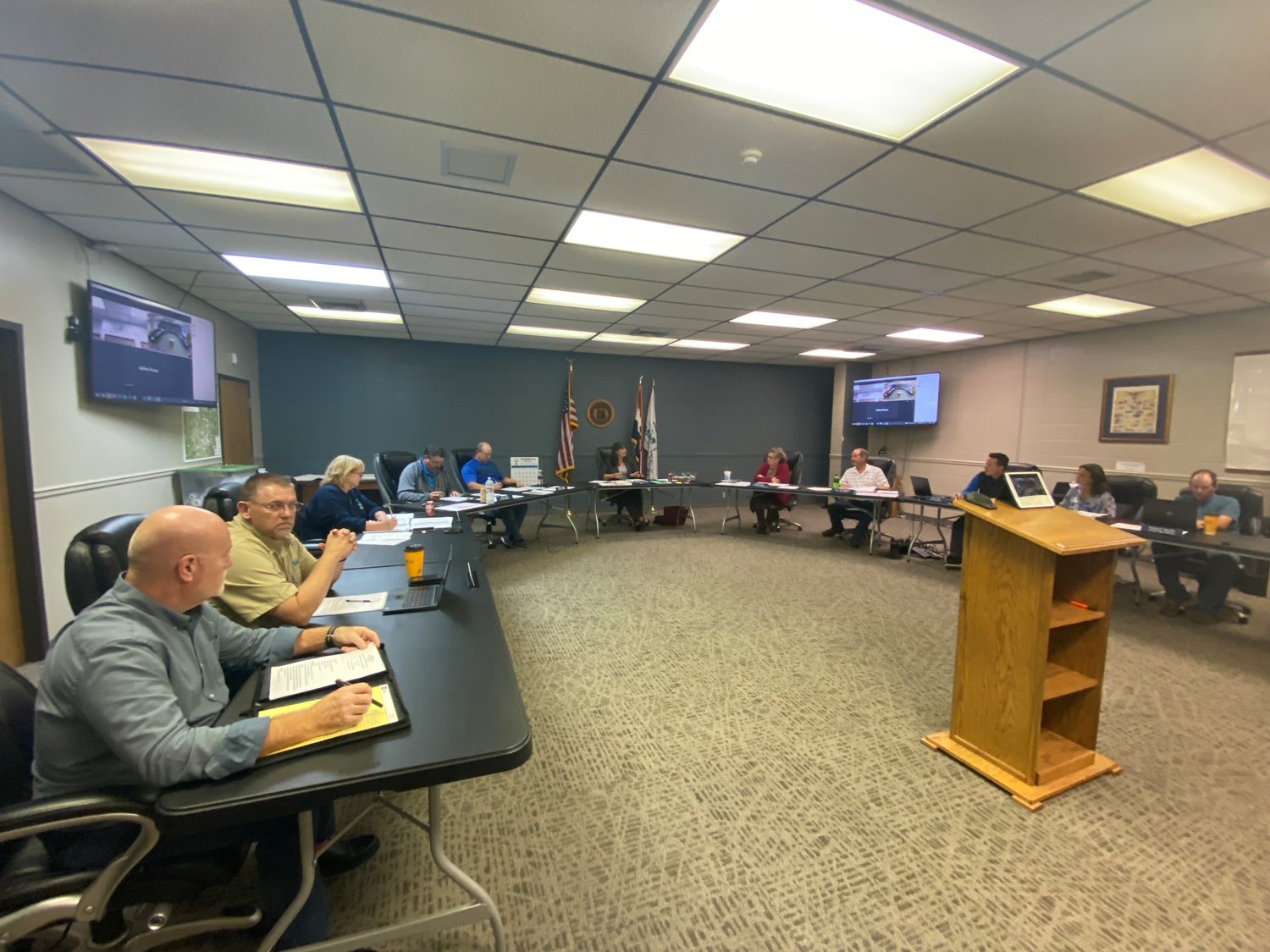 The Marshfield City of Aldermen met Thursday, Oct. 14 at City Hall. The full Zoom recording of the meeting is available online at marshfieldmo.gov.
Posted Friday, October 22, 2021 11:19 am
By Shelby Atkison shelbya@marshfeildmail.com

“We’re very excited bout the background and the unique opportunity we have to put Steve on staff,” “I think he’s a really great fit and we’re excited for what he brings to the table.”

The Christmas Parade route was presented by Marshfield Area Chamber of Commerce’s new coordinator, Kellee Fiscus. Kasey Mathews, former chamber coordinator was in attendance to introduce Fiscus (virtually) to the Board of Aldermen.

“The event is on Saturday, Dec. 11 this year. We’d like to close off the square starting at 8 a.m. until the parade ends approximately around 11 a.m.,” Fiscus said via Zoom. “The parade will start at 10 a.m. and will be the same route as normal.”

Next up was a request for approval to serve alcohol at annual Chamber meeting, to be held at the Marshfield Community Center.

“We requested Boat Town Brewery to come and serve their beer and Missouri wine for a two-hour social session prior to the ceremony,” explained Kasey Mathews.

“The Marshfield Christian school is located in the same building. It’s our code requirement to provide a letter to every property owner within 300 feet of that before the board can discuss or approve that liquor license,” added Sam Rost. “To my knowledge we didn’t receive anything back.”

The license’s intended use is for the one-time, Saturday night event.

“Boat Town Brewery has applied but hasn’t received their catering license yet, so I would suggest it be voted on contingent upon the receiving that,” offered City Clerk Karen Rost.

“We’re looking for a motion and a second on approval of a temporary liquor license, contingent upon Boat Town Brewery providing a copy of their caterers license to Karen [Rost],” said McNish.

The issue was opened to the board, moved to approve by Stacy Lee and seconded by Robert Boggs.

Moving on to unfinished business, the board discussed the on-call water engineering services agreement with Great River Engineering.

“We went through the process and brought the results back to you all, what I can tell you is that the fees associated with this are in direct alignment with what we are spending on the transportation and on the wastewater transportation services,” explained Rost. “This is the contract that will allow us to move forward and start working on our water system with our new engineers so the staffs recommendation is for approval.”

All offices for the City of Marshfield will be closed on June 19 in observance of Juneteenth, a holiday commemorating the emancipation of African-American slaves.

“Juneteenth is officially a national holiday and has also been adopted by our state government so… We can have our employees work but they’re going to be limited in most everything they do,” said Mayor McNish. “Most everything is going to be closed so I think it’s a big step for us to acknowledge this as well within our benefits package as well and include it in a paid holiday for our staff.”

It was moved by Stacy Lee, seconded by John Quinn and approved by the board, making it the 12th paid holiday for the City of Marshfield.

The next item on the agenda was to set the meeting dates for the remainder of the year.

“Our November meetings fall on Veterans Day and Thanksgiving, which we’re closed for. It’s been proposed by city staff to move those meetings,” said McNish.

Sam Rost suggested turning the Nov. 4 meeting into a work session to get through parks and general budget in one meeting.