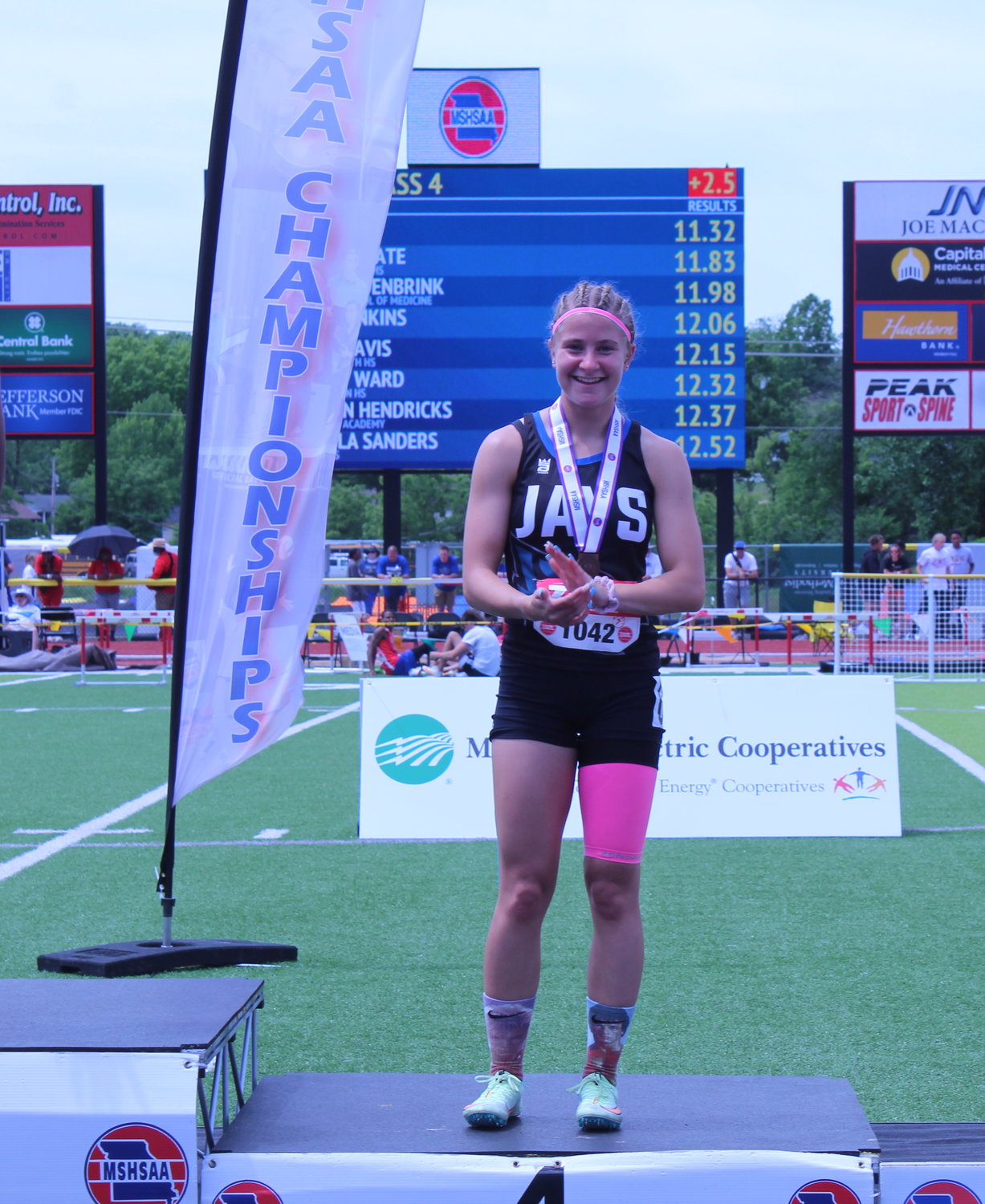 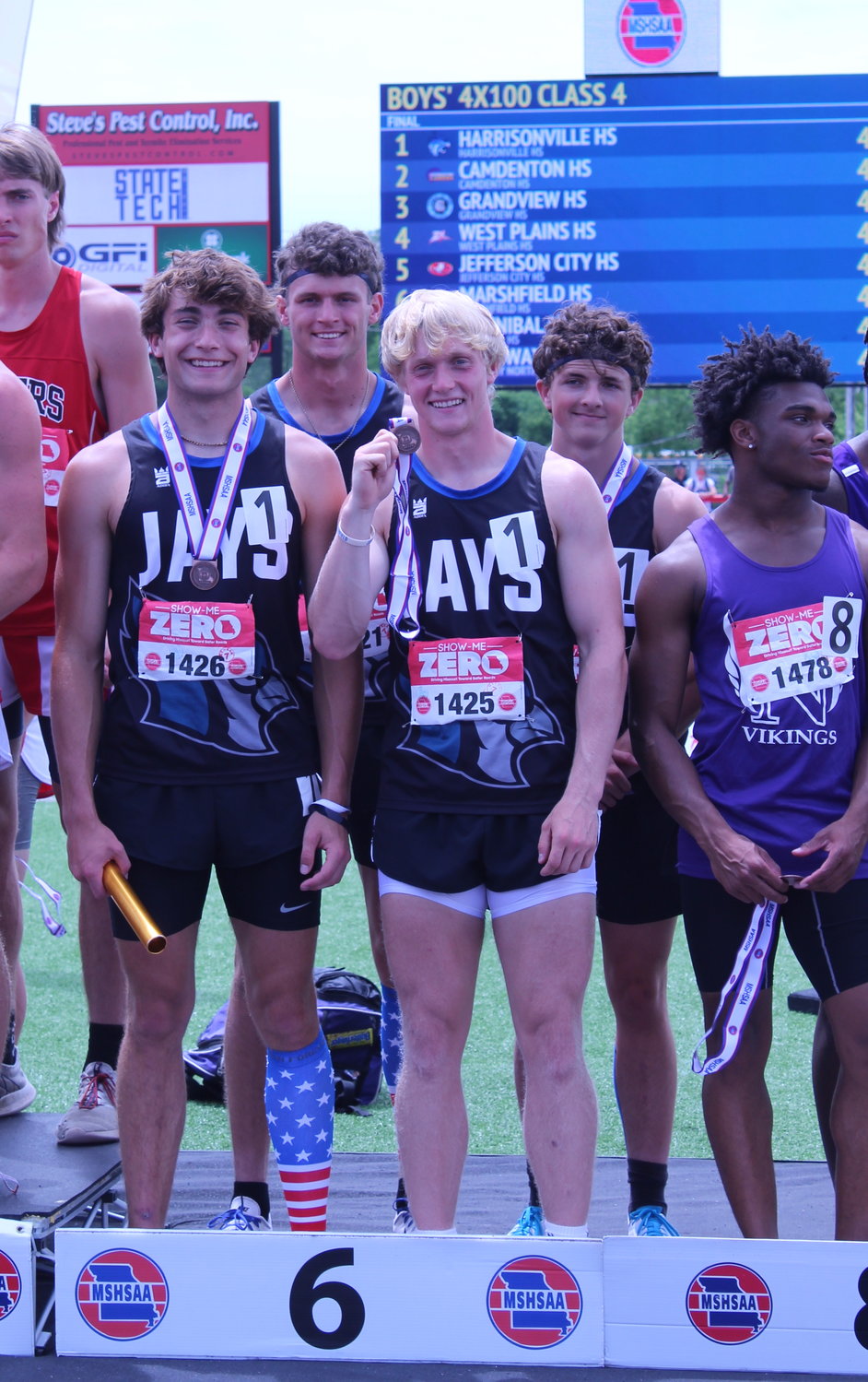 Both the 4X100M(6th) and 4X200M(5th) relay teams earned top spots on the podium at the MSHSAA Class 4 Track and Field Championship. (Front row, left to right) Peyton McBride and Cooper Kimrey. (Back row, left to right) Bryant Bull and Marcus Blackstock. 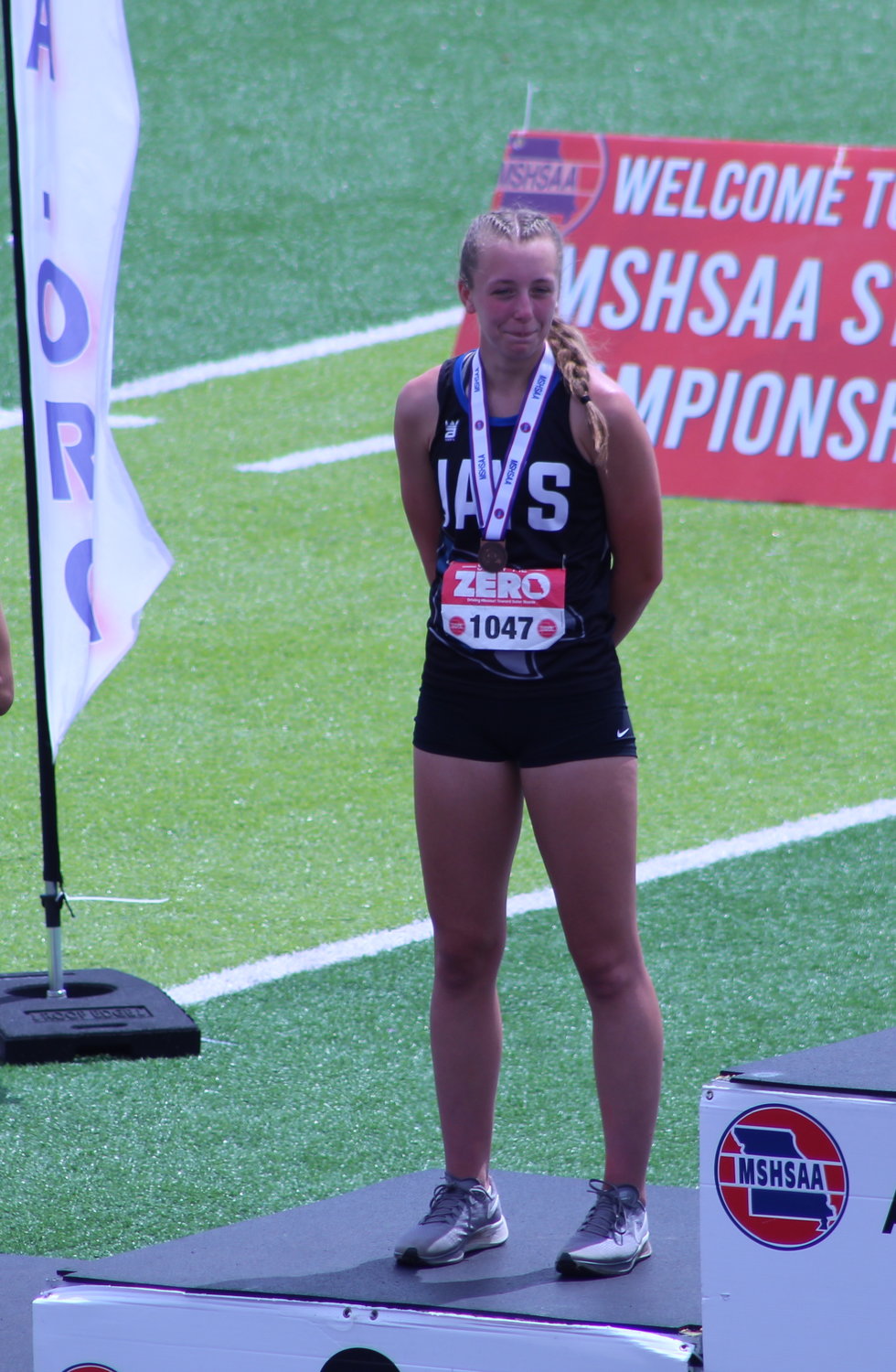 Abby McBride earned 3rd in Triple Jump with a leap of 36’3’’at the MSHSAA Class 4 Track and Field Championship. A personal best for McBride. 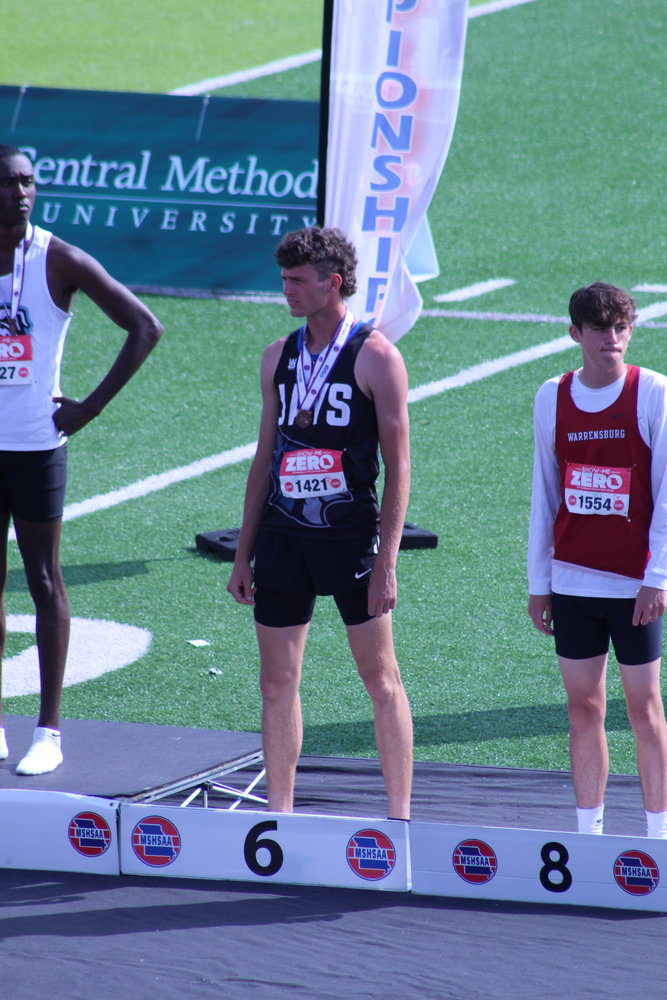 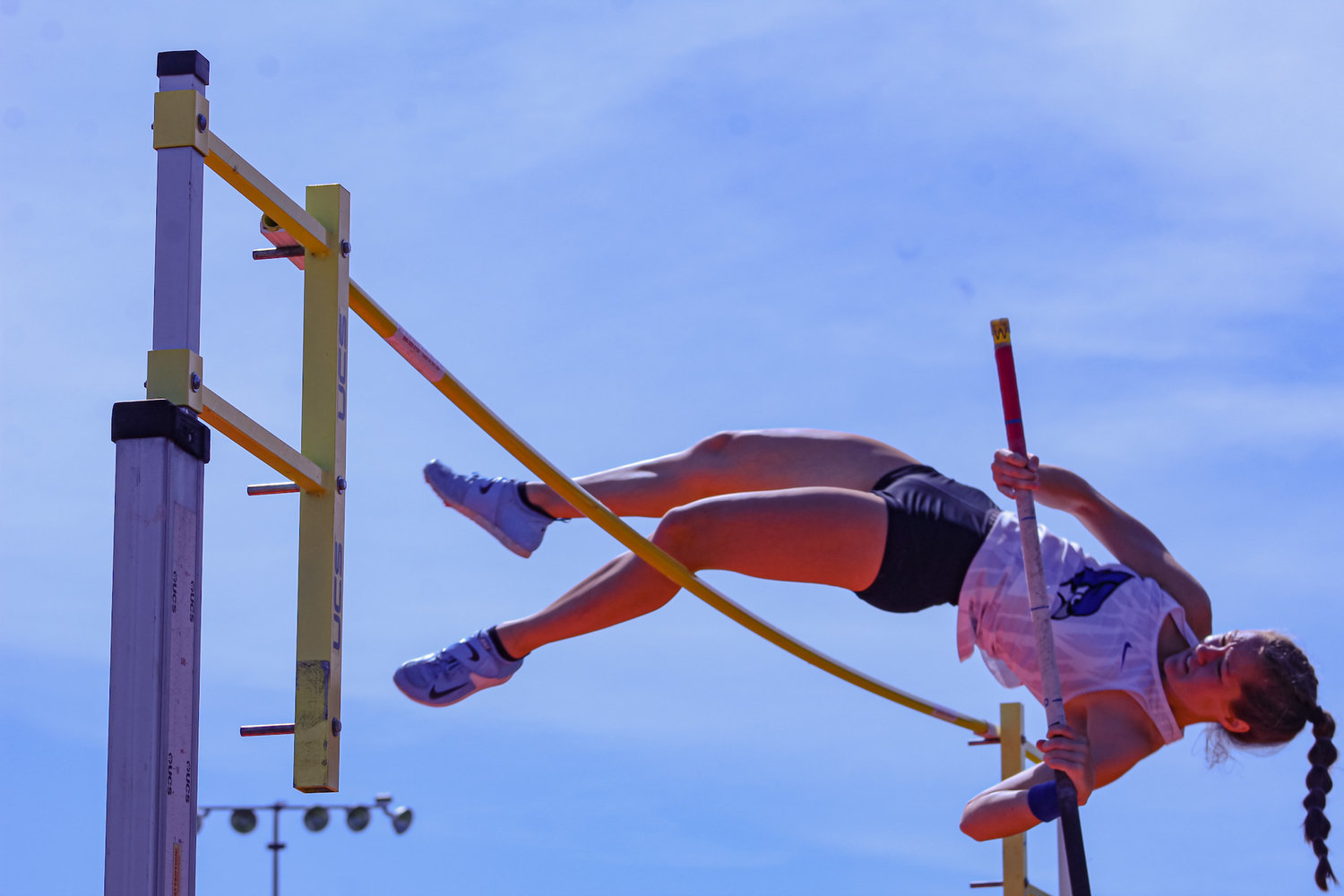 Chelsey Brown finished off her high school track and field career with a 5th place finish in Girl’s Pole Vault at the MSHSAA Class 4 Track and Field Championship. 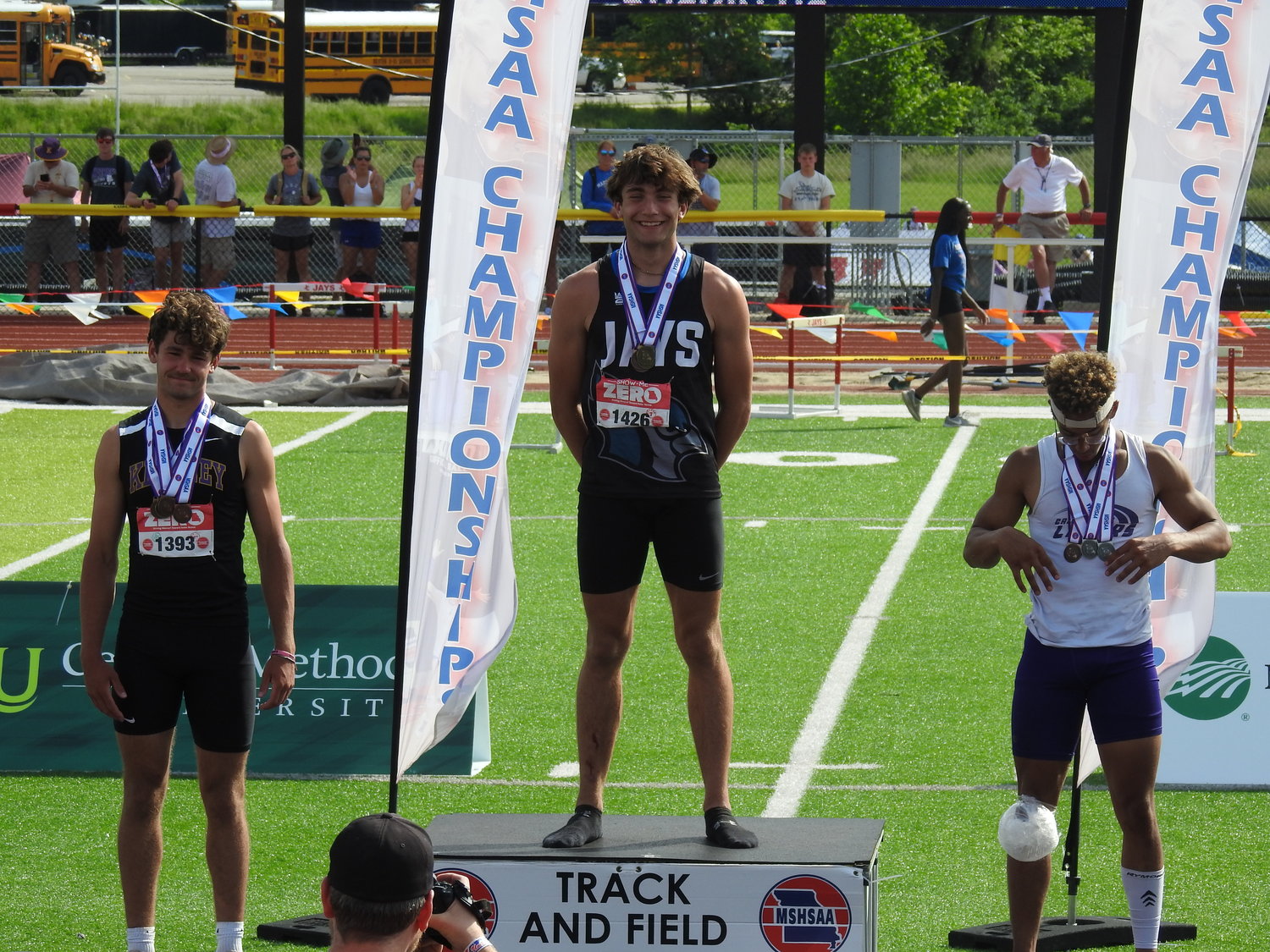 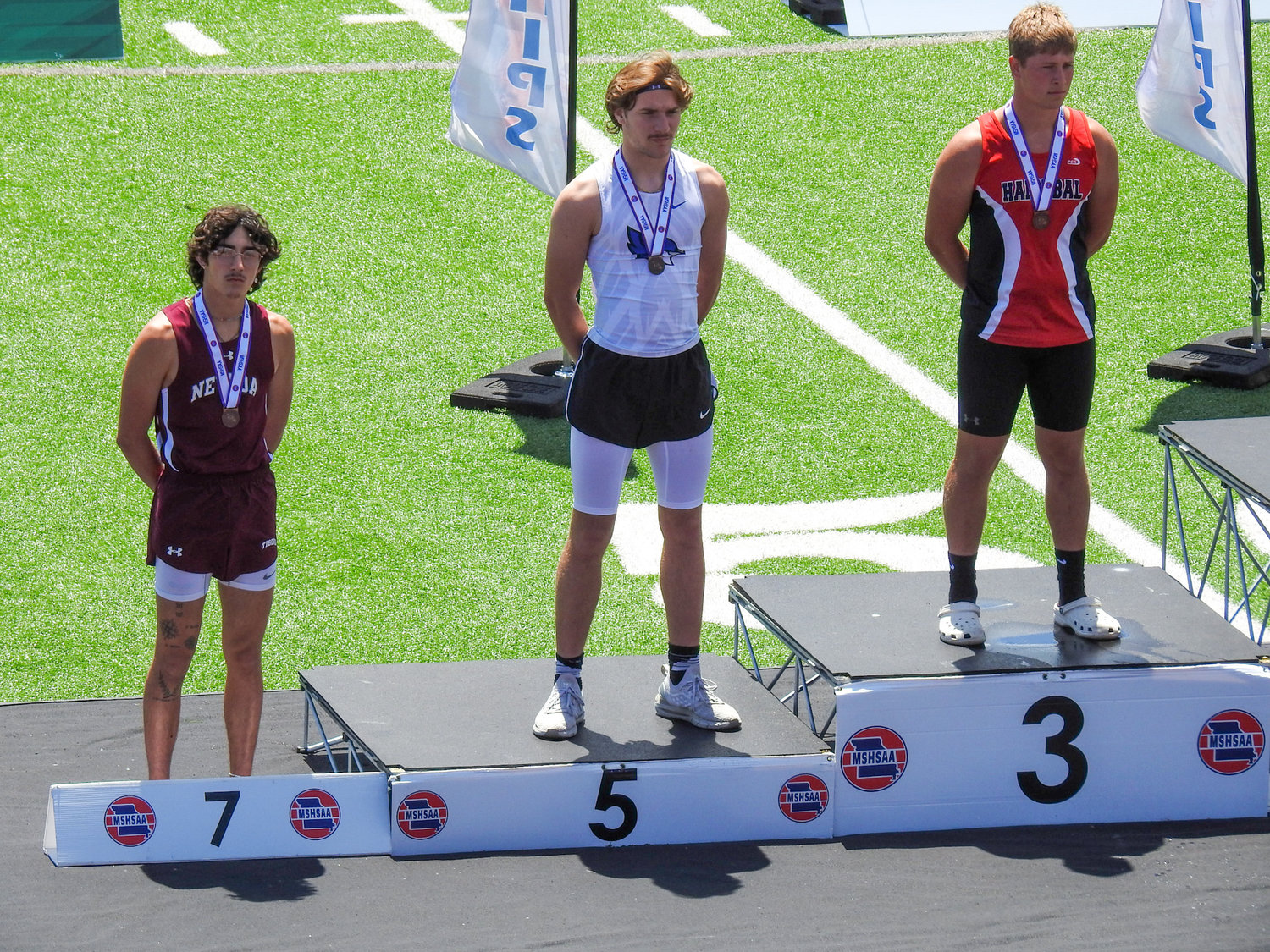 The Marshfield track and field program finished off the 2021-’22 season with a hoard of top performances The team took home 15 medals in 9 events at the MSHSAA Class 4 State Track and Field Championships. Possibly the highest number of medals earned and first time a Blue Jay became All-State champion in two events.

“Peyton McBride, no one has corrected me yet, is the first athlete to win two events at a state championship in a single season. A new first for Marshfield,” explained Marshfield Track and Field Coach Roy Kaderly. “That's always nice moving forward. Starting to have new records and new standards. We talked about that as our motto this year: raising the standard. This whole group of kids have definitely done that and just continued to build up the program.”

The following athletes earned All-State recognition at the MSHSAA Class 4 Track and Field Championship on May 27 and 28:

A number of athletes were just on the bubble of competing at the championship level, however, Kaderly expects that will not be the case for next year.

“We lost some seniors. You don't ever say you can replace the seniors, because you can’t. They all bring something different to the table, but we are a fairly young team. We've got a lot of the kids that qualified for state returning to us next year and that's very exciting,” commented Kaderly. “The heartaches are tough, but sometimes you bounce back better than you think after a tough loss or some sort of adversity. You come back even stronger. That's what I'm looking for those kids to do. Come back stronger and use the adversity they faced as motivation for next year.”

Reflecting on the season, it’s obvious that Kaderly and the athletes are already gearing up for the 2022-’23 season.

“I just can't imagine being anywhere else other than Marshfield. The staff that I worked with poured everything they've got into the kids and I couldn't ask for any more from them,” said Kaderly. “I think what we've got going on at Marshfield is going to continue to grow and get better. This is just the starting point for Marshfield and we're going to continue to dominate. They (the athletes) are creating a legacy…. One of the girls, Abby McBride, said after the meet was over that we're gonna hang a banner next year. Which was very good to hear. They've already set their goal on hanging a banner and I'm excited for that.”