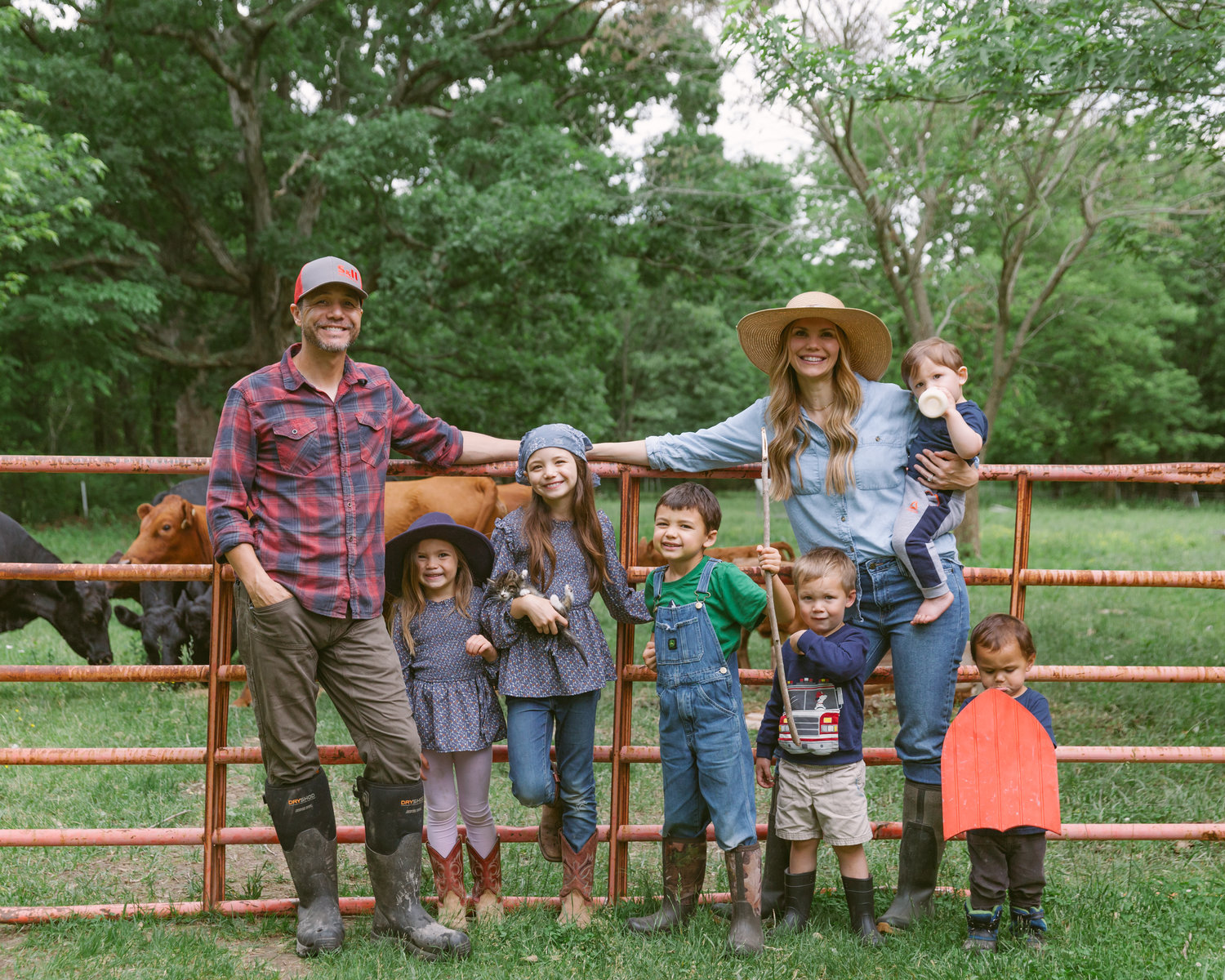 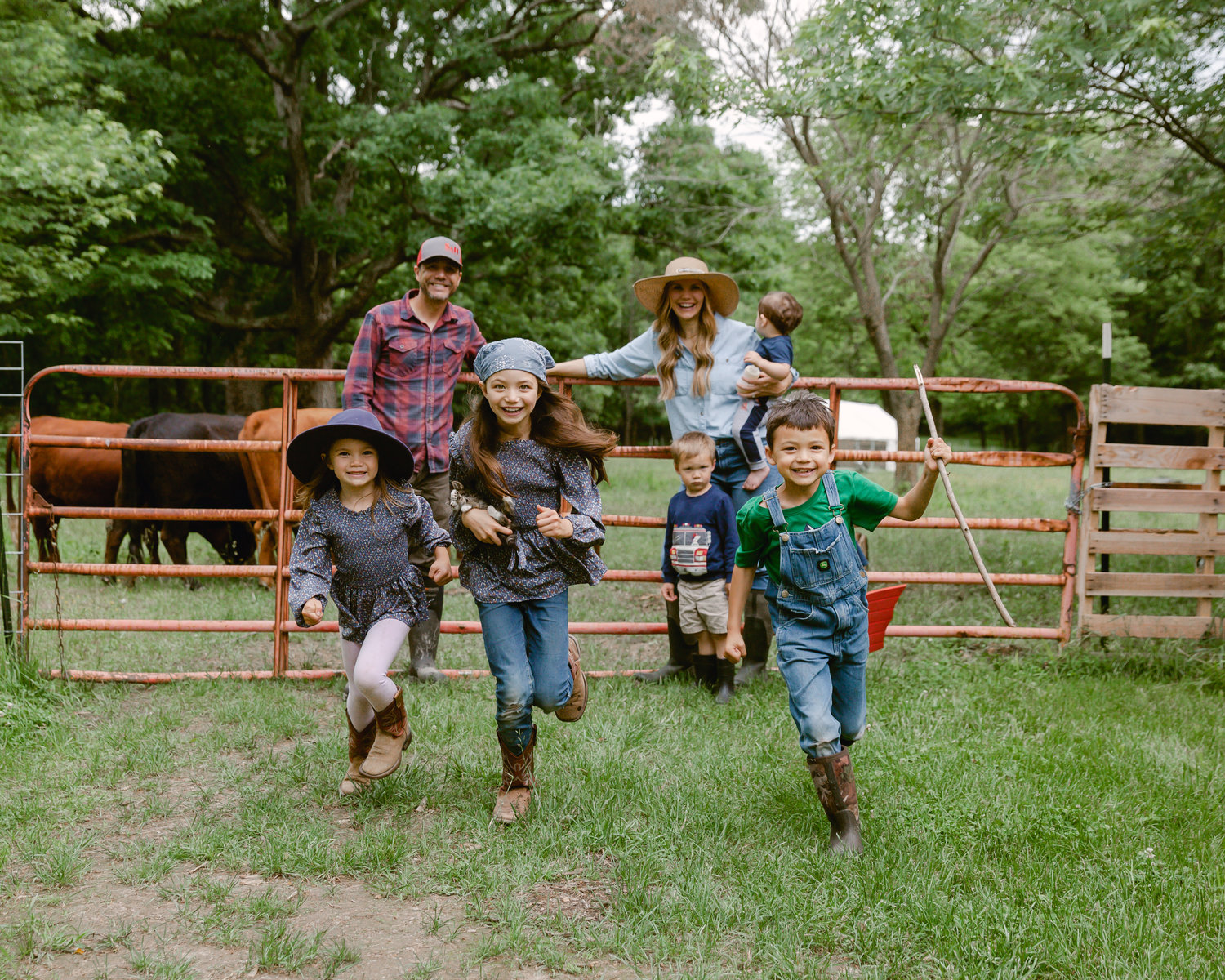 The Big Family not only tends to pumpkins, but also Dexter cows, chickens and hogs. The Soldinie family are finding that farming is more than a job, it is a way of life, a happy life at that. 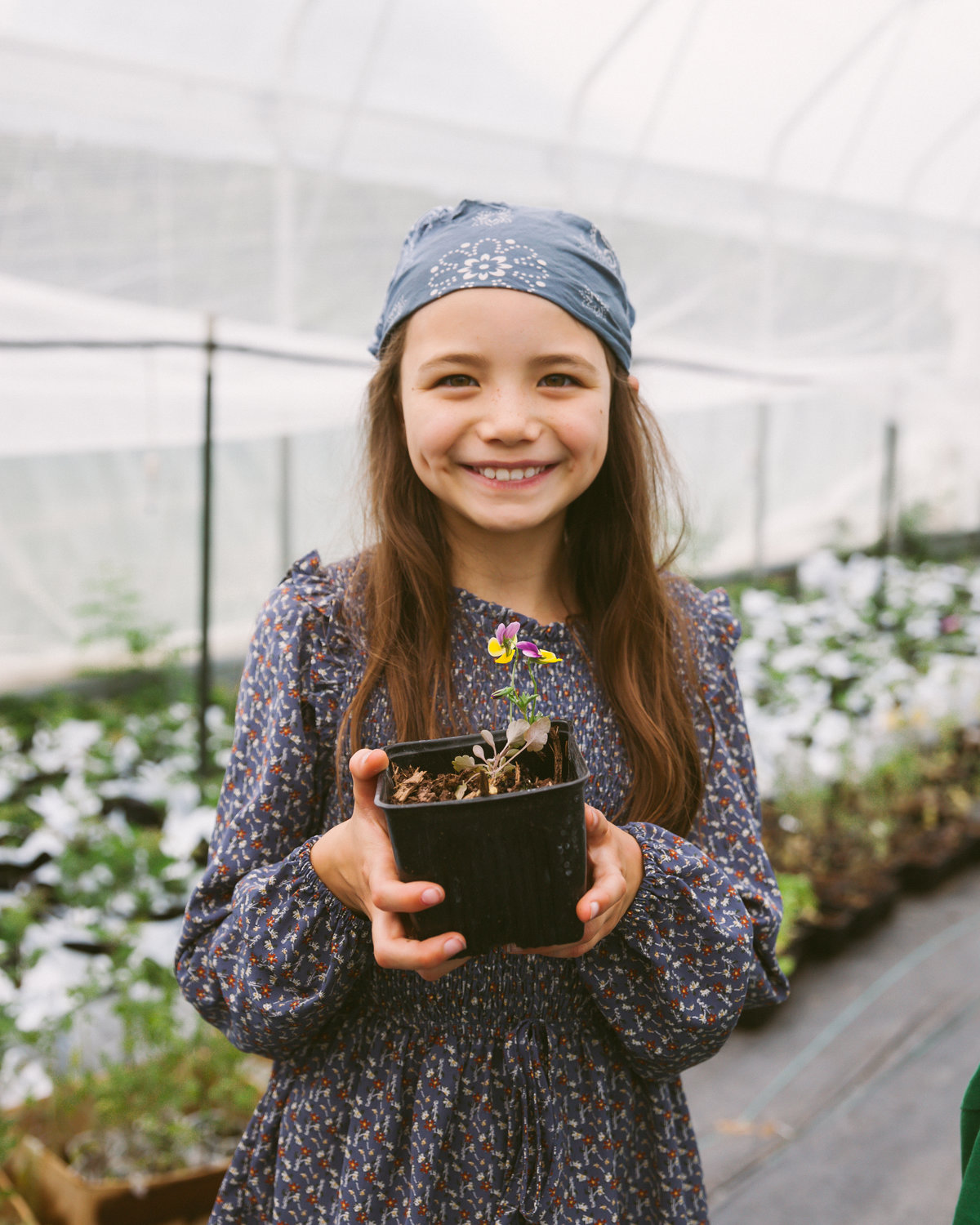 Just across the railroad tracks outside of Fordland, Mo., lies a newly planted pumpkin patch and what neighbors refer to as “The Big Family.” The Big Family, or the Soldinie family, includes six children, mom, Leah, and dad, Ricky, all residing in a cozy farmhouse nestled in the Fordland countryside. The moment you enter the sprawling property, you are greeted by two Great Pyrenees, clucking chickens and Soldinie children running about letting nature fuel their curiosity and entertain their summer days. The Soldinie family make homesteading look easy: subsistence farming, food preservation, raising livestock, keeping bees and home-schooling their children.

However, their life has not always looked like the modern-day “Little House on the Prairie.” After being a contestant on “America’s Next Top Model,” Leah (now a Catholic speaker, author and entrepreneur) and her husband, Ricky (a Green Beret and former firefighter), escaped the hustle and bustle of St. Louis and moved to the quaint city of Fordland. There, the Soldinie family have sought slow living, accompanied by the dream of owning an agro-tourism business: The Big Family Farm & Nursery.

“We got to the point where the pandemic gave us an awesome opportunity to sit and rethink our dreams and goals for our life, and what to do as a family and how we want to raise our kids and with our faith involved, and just who we are and things like that,” explained Leah.

“We started just dreaming and making big plans … What would our dream life look like? And our dream life for us is a really big farm with lots of land for our kids to run and play and get to know each other. Depend on one another, as brothers and sisters. We wanted to also work the land, and we wanted to create something that brought families together.”

That dream began with the purchase of a farm, previously known as Byers Peach Orchard, a local treasure that started in the 1990s. Giving tribute to the farm’s history, the Soldinies preserved a handful of peach trees, but made way for their dream: a large pumpkin patch.

Ricky jokingly refers to himself as a “rookie” farmer. So, when contemplating on what to grow, his friend and business partner, Jordan Chell, suggested a mini-nursery and pumpkin patch. Chell, who previously worked on a 300-acre bell pepper farm in California and an employee of Baker Creek Heirloom Seed Co., has played a large role in the development of the farm.

“He’s (Chell) great. He’s very talented. He’s very smart. I’m so thrilled to have him with us,” shared Ricky.

The duo have planted a large group of perennial seedlings, installed irrigation systems and planted hundreds of pumpkin seeds by hand. Rick, who is no stranger to formidable tasks, has endured the hardships and long days that accompany farming. However, the crop is expected to yield 11,000-25,000 pumpkins this fall, and the family hopes to receive an enthusiastic response from visitors, locals and pumpkin pickers.

“We’ll have a lot of pumpkins to sell,” chuckled Ricky.

The family has additional plans for the site, including a mini-nursery, a petting zoo, corn maze, and a performance stage for bluegrass and live music.

The concept of creating an authentic space for families to enjoy the outdoors is what fuels the Soldinies’ dream. Inspiration from their new surroundings may also play a large part in the farm’s development. After spending a year in the Ozarks, Ricky wishes he would have moved his family sooner.

“If I had to go back and do it all over again, I wouldn’t have moved into the city, I would have started somewhere here. Somewhere in the Ozarks,” smiled Ricky. “It’s different here. You meet everyone. No one’s a stranger. You’re waving at people. You’re talking to people in the grocery store. They’ll stop and talk to you … there’s more to be said about not just the lifestyle, but there’s an ethos, there’s a culture here. We’ve been pleasantly surprised at how welcoming everyone is, and they’ve been so helpful.”

Leah references the film “Field of Dreams,” and the famous line, “If you build it, they will come,” when discussing the future of their operation; believing and praying that if they build it, visitors and families will come to enjoy this unique experience.

“I just want to be in the middle of everything with people,” commented Ricky. “We want to bring people together so that other families that don’t have farms can enjoy some sort of a semblance of a farm life and give their kids exposure and experience.”

The Big Family Farm & Nursery will open Oct. 1, with every Saturday deemed “Pumpkin Days” and will be accompanied by entertainment from 10 a.m. to 7 p.m. Visitors will have access to the pumpkin patch, children’s corn maze, hayrides, concessions, vendors and live music.