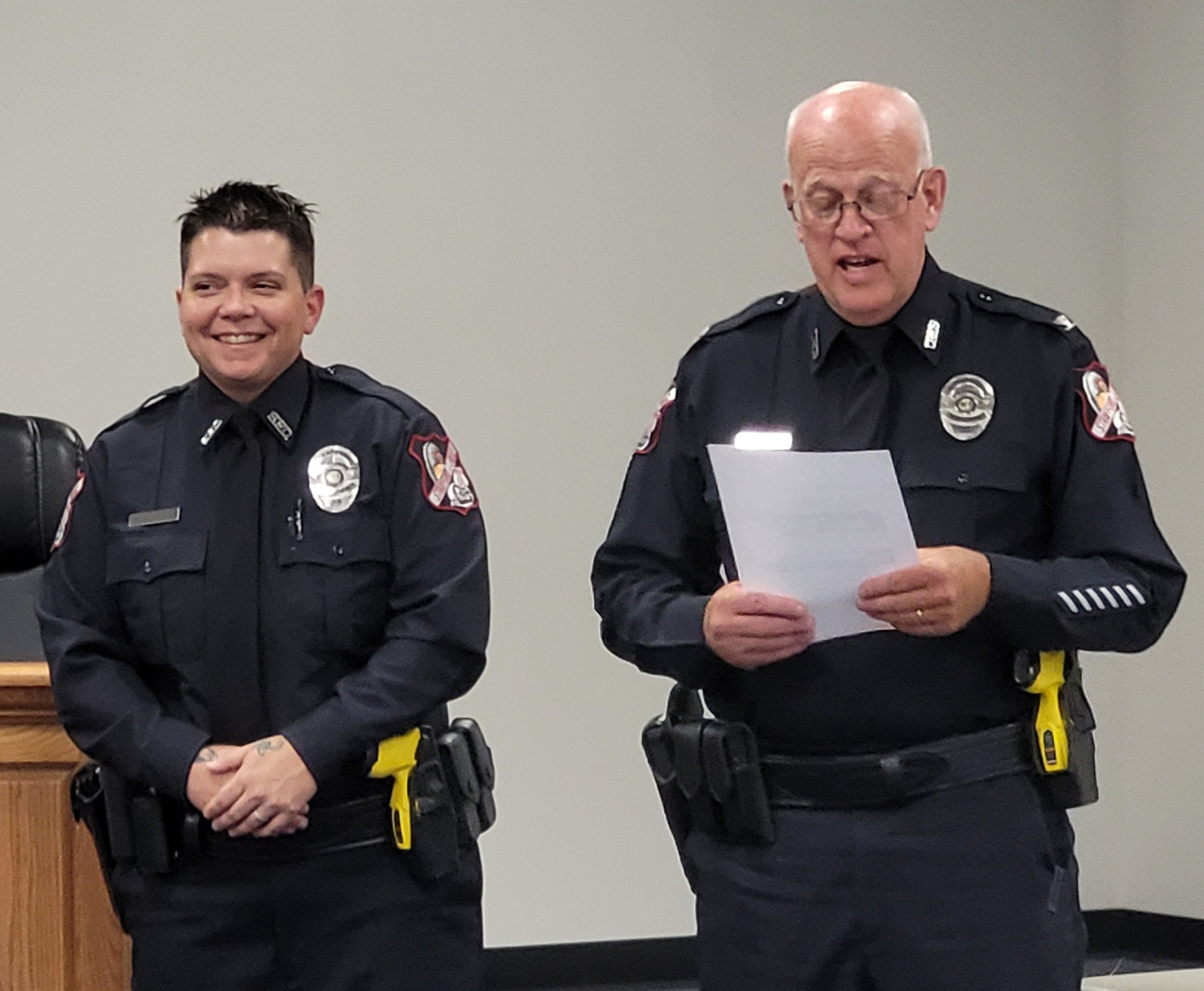 "You have to keep the audience on their toes." Chief Dennis Shook gives his speech welcoming Officer Chandra Calhoun, sprinkling in some humor to get everyone smiling. 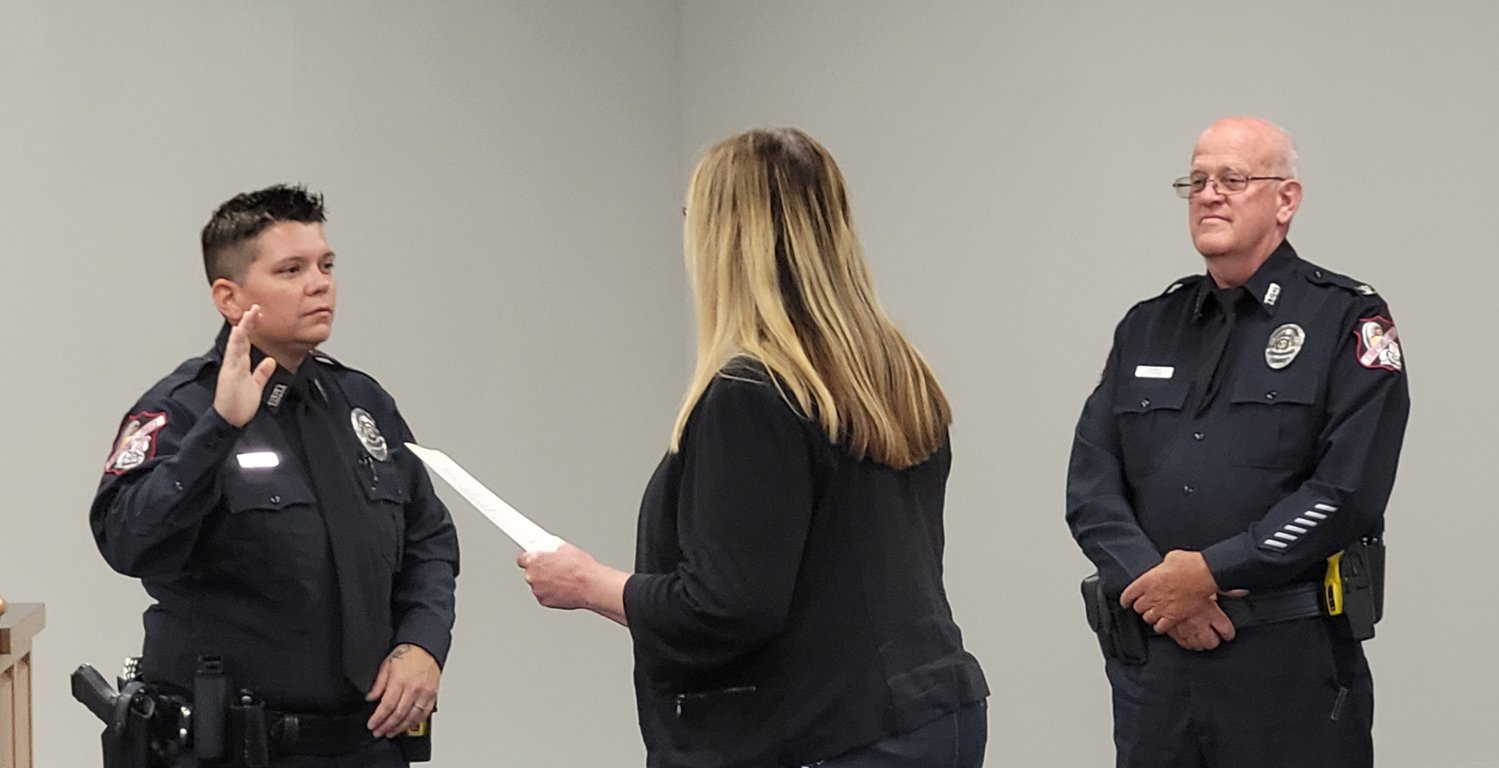 Following a very successful parade and celebration under their belts, the Aldermen of Strafford were ready to tackle the agenda presented on July 5. The items on the docket included: approval of a new bank contract, approving grant applications, allowing Wilson Logistics to update their planned unit development and swearing in a new officer for the Strafford Police Department.

After opening the meeting, the board discussed Wilson Logistics. A representative from the trucking company explained the company is looking to update some of the original plans set back on Sept 21, 2021. The updates include adding a second training pad for truck drivers, a self-storage facility, and a hotel. Wilson Logistic also mentioned the possibility of having a state-of-the-art shooting range facility on the property that would be available to both the Strafford and Greene County Sheriff's department. The board, sheriff's department, and Wilson Logistics all look forward to the future of the development as the updates were all approved.

However, one resident in attendance addressed an issue with these approved developments that could not not be overlooked; public safety. Jill Norton, a Registered Nurse, shared her concerns about Wilson Logistics future developments. Specifically, the utilization of Evergreen Road. Evergreen Road will be used not only by Wilson Logistics, but other commuters too. The road has many hills, twists, and turns, all of which could result in wrecks. Norton herself has worked on two fatal accidents that have occurred.

Norton’s concerns not only involve the terrain and route, but that Evergreen Road is only a two-lane road.

“I’m not speaking against this, but I really want to serve the City of Strafford well. You have got to think about public safety.” The board agreed and ensured safety is their top priority.

Following the trend of growth, the board also approved the City Administration’s permission to move forward with applying for American Rescue Plan Act (ARPA) grants. If the city receives the grants it would be used to improve storm and wastewater management. The board then moved on to approve the city administration’s request to enter a contract with Central Bank as being City Depository. After crunching all the numbers, Central Bank appeared to be the best fit for what the city administration needs.

The meeting ended on a high note, Chandra Calhoun was sworn in as the latest member of the Strafford Police Department. Calhoun’s previous works include working with the Strafford Fire Department for 12 years and animal control for a year, both things Chief Dennis Shook expressed would be beneficial. “She (Calhoun) is going to be a great asset to this department and the community. We’re just glad to have her.”

Strafford Board of Aldermen meetings are held at 6:30 p.m. on the first and third Monday of each month.