Round One Districts Recap 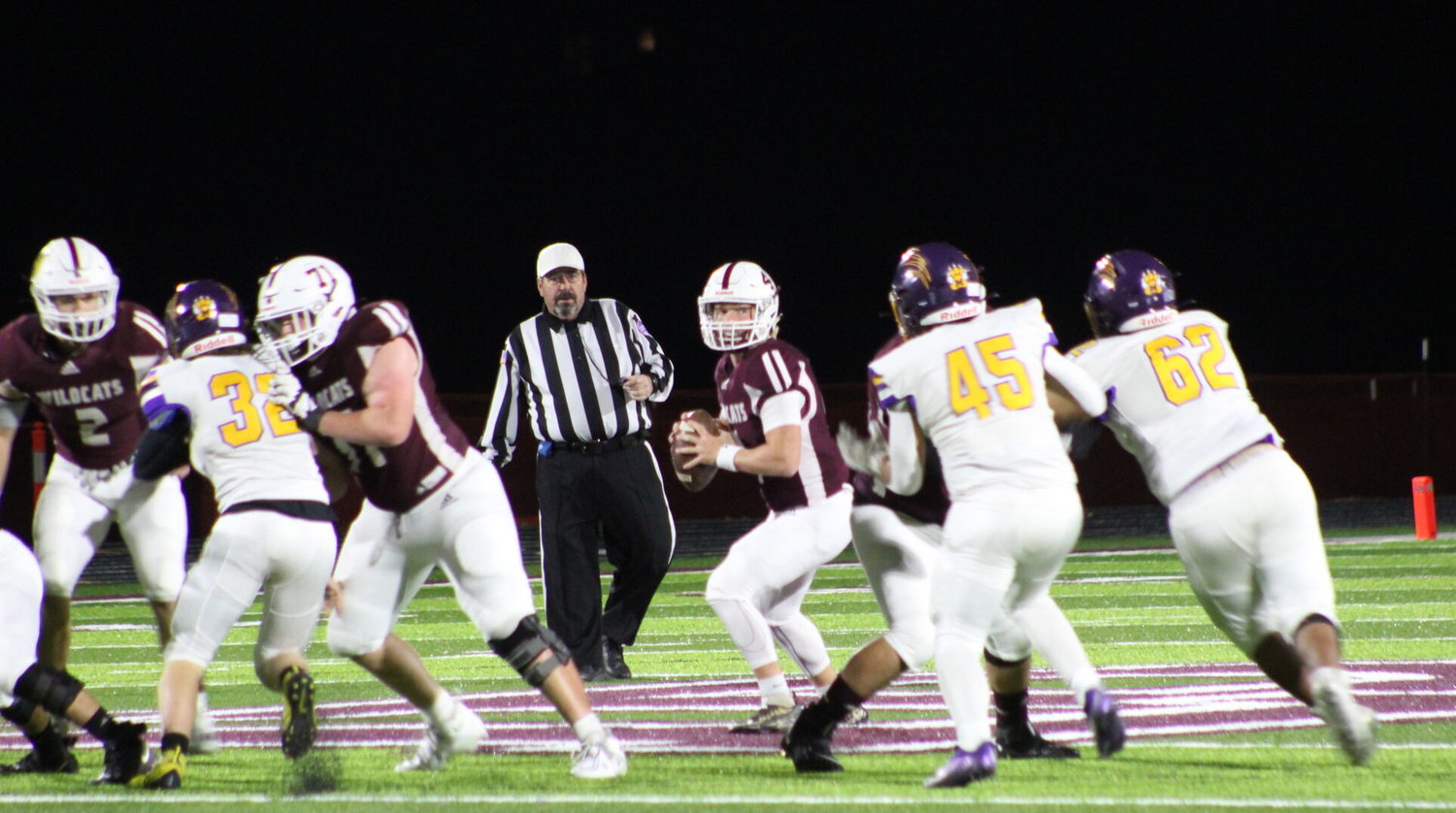 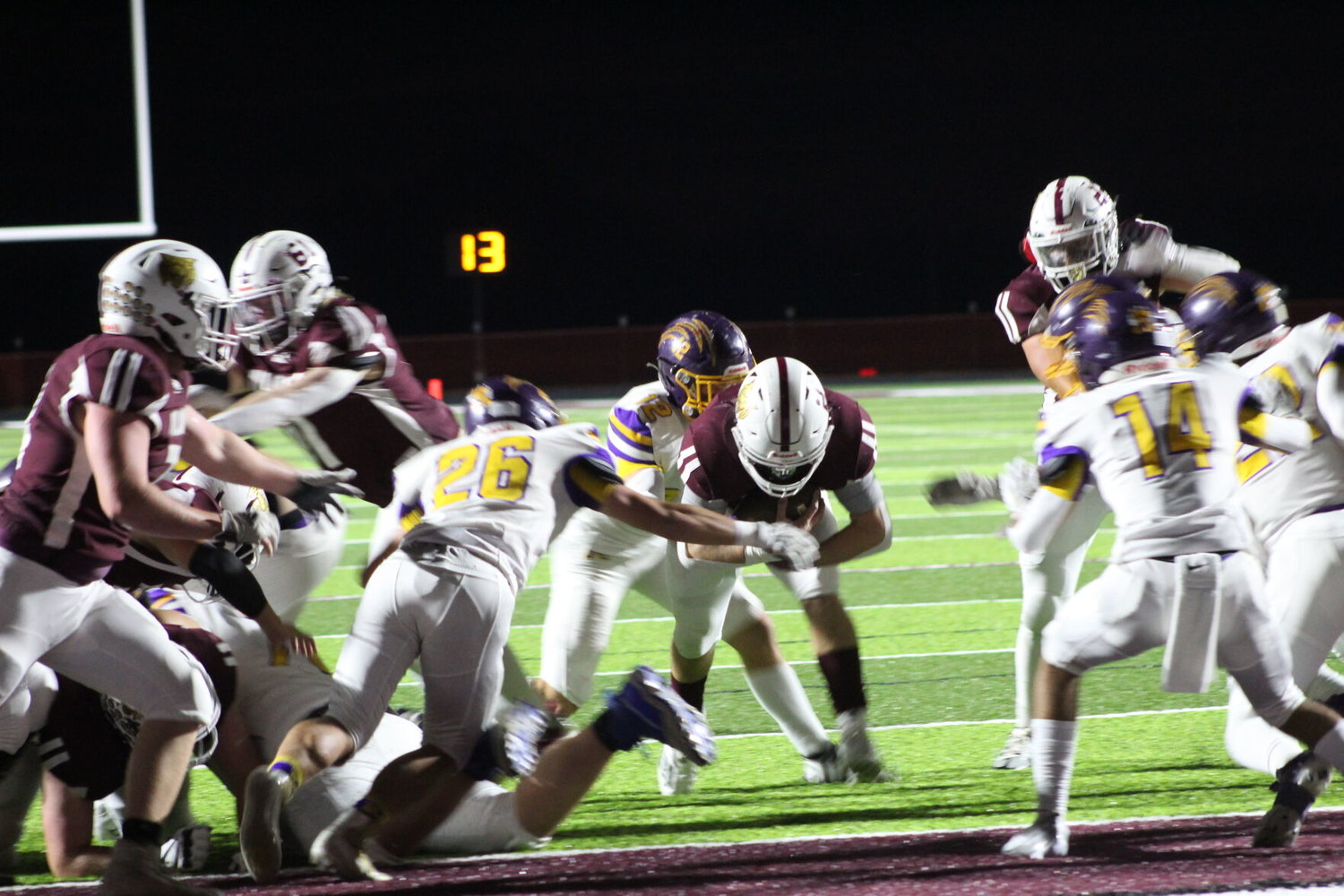 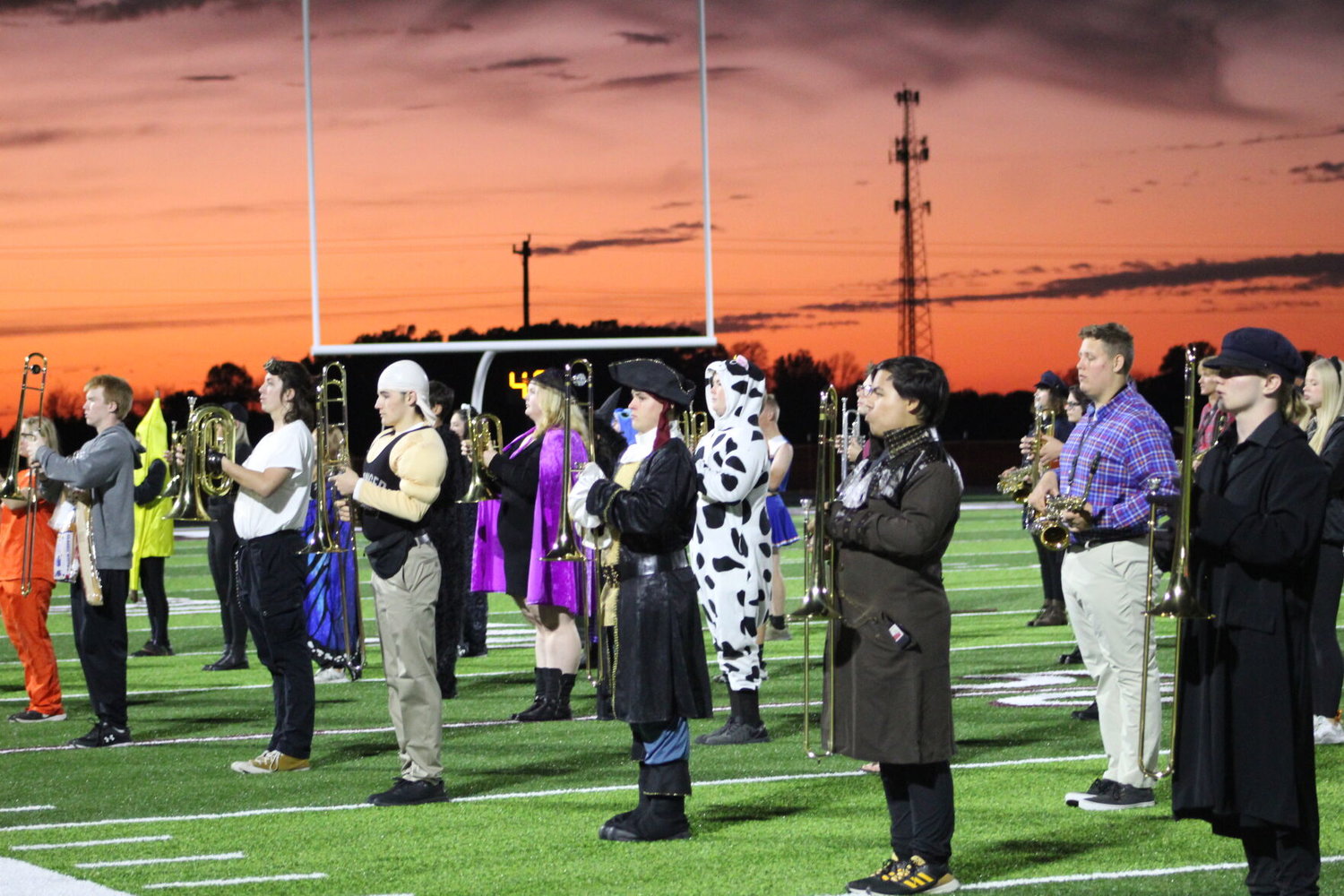 As the sunsets on that Friday night, the L-R Wildcat Marching Band prepares to pump up the crowd. Mail Photo by John "J.T." Jones.
Previous Next
Posted Wednesday, November 2, 2022 2:00 am
By John “J.T.” Jones johnj@marshfieldmail.com

Welcome back to another football season recap for Webster County. Let's head to the fields and see how the County played last Friday night.

We will kick off with Strafford vs. Ava. The crowd would see Ava having a hard time holding the ball. Most of this was due to #50 Prestin Ames causing forced fumbles which Strafford was happy to recover. If it was not recoveries, it was touchdowns, including #31 Caleb Wells making an 18-yard touchdown run. Strafford would come out on top and advance in their districts with a final score of 39 to 32.

Over in the land of Logan-Rogersville, things played out a bit differently. The Wildcats took on the Monett Cubs at home, hoping to claim the round and advance in districts. The Wildcats completed some astonishing plays, including #6 Logan White sacking Monett's quarterback in the end-zone, resulting in a safety. Even #21 Luke Hauer made two impressive touchdown runs totaling 50-yards. It was an intense game, and when the dust settled, Monett won with a final score of Cubs 36, Wildcats 22.

While they did not win, we at the Marshfield Mail look forward to what the Wildcats Football Team will bring next season.

If you still have the drive to cheer for a local football team, consider heading to Strafford this Friday, Nov 4. Strafford (6-4) will move on to the second round of districts and defend on their home turf against the undefeated (10-0) Mountain View Liberty Eagles. The game starts at 7 p.m.