Niangua Lady Cardinals back on the Volleyball Court 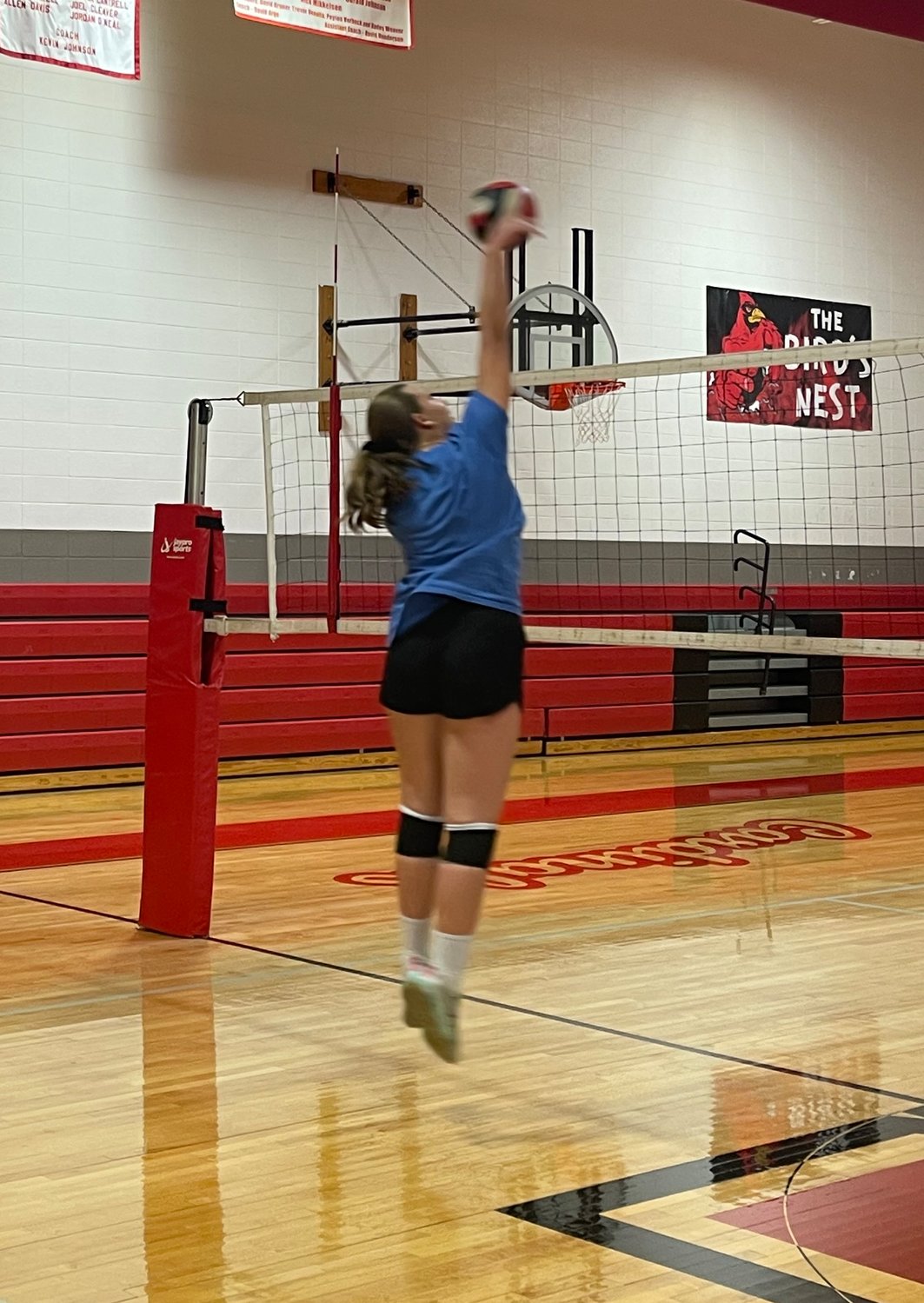 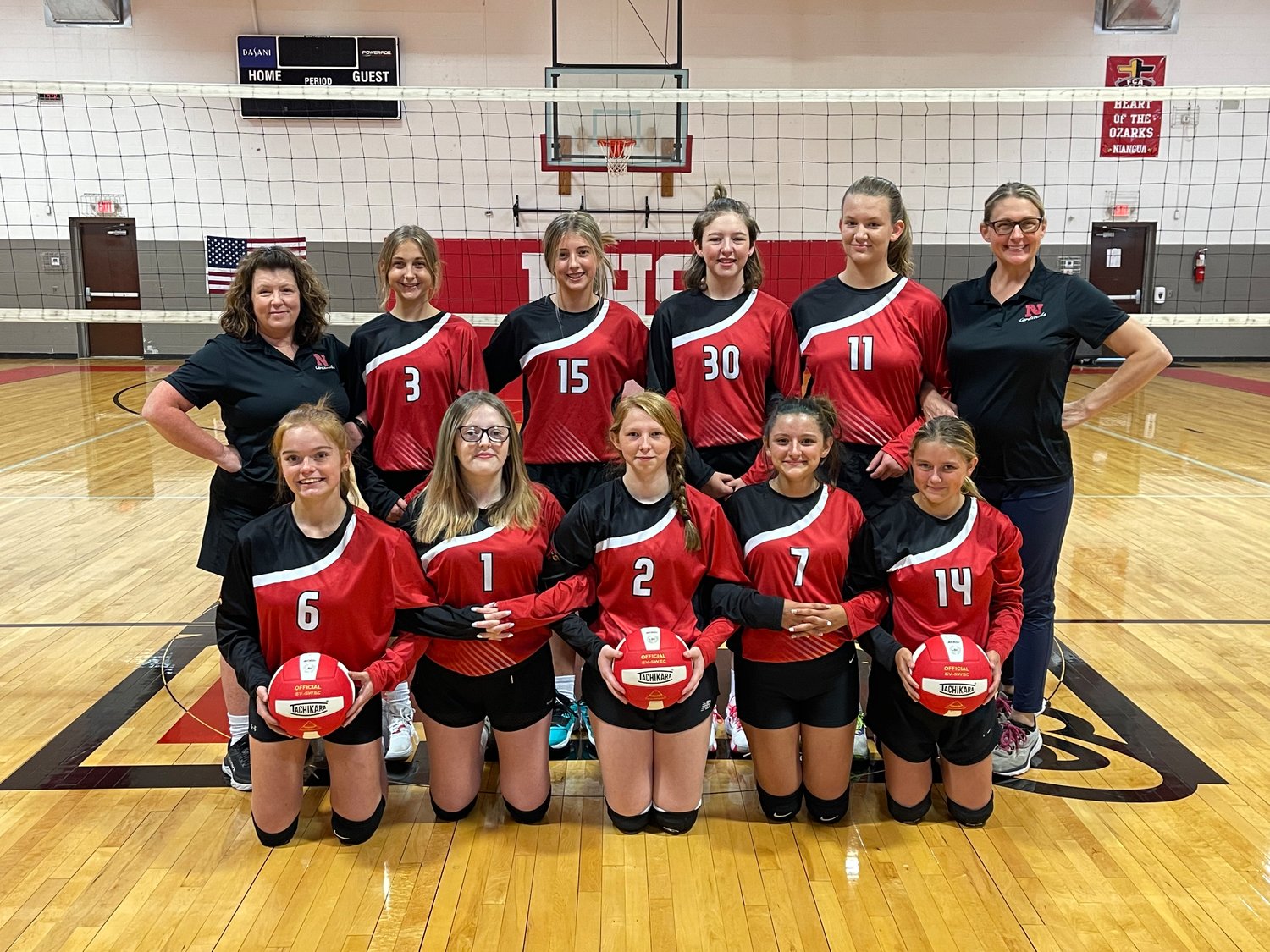 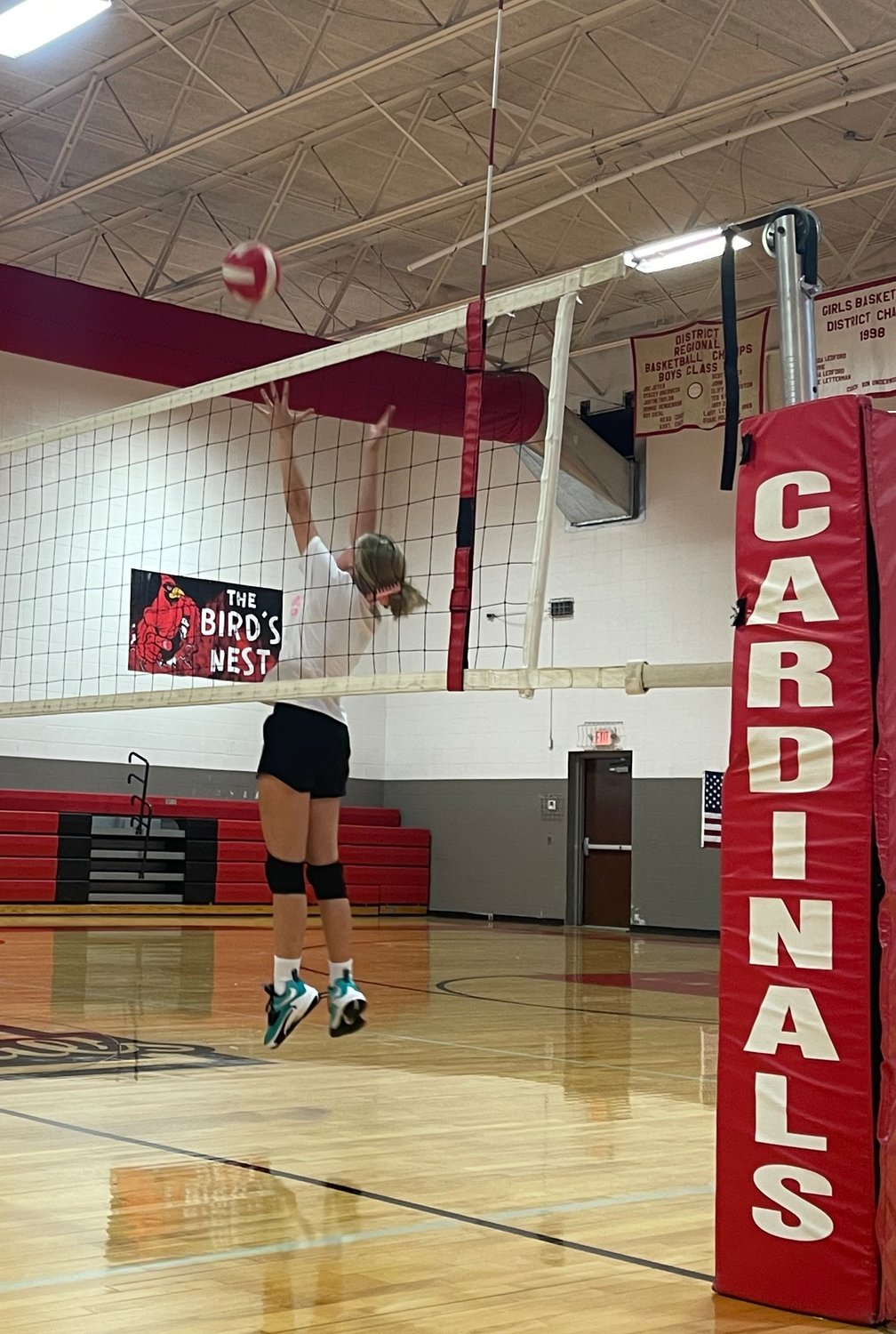 Niangua is mostly known for its small school district, close knit community and its “FAB FIVE” basketball team. However, there were several disappointed community members and students last year when the school failed to have enough students sign up for the high school Volleyball team.

This year the school knew it needed to bring back a sport that was loved by both students and the community.

“We had to have someone on staff. Alicia was willing to coach but she didn’t have the requirements for MSHSAA,” explained Lori Allen, Elementary Principal and Head Volleyball Coach.

“I’ve been a parent-my daughter played for seven years, year round, and I was an HOA parent-which meant I had to take all the tests. I know the rules, Alicia knows the skills,” explained Allen of how she found herself wearing the head coach hat. “Together we are figuring it out,” laughed Allen.

“I love volleyball. I played in high school. My middle daughter has played middle school volleyball,” expressed Assistant Coach Alisha York-Stradling. “I love coaching…I think Niangua has a great group of really talented athletes. So, when there was a position open I was hopeful that I could participate in some role to really encourage skill and character.”

Coaching together for the first time may sound daunting but Coach Allen and Coach Stradling have really meshed together well. “First of all, anyone who has the opportunity with Lori Allen is blessed. She is amazing. I absolutely love being in her space…she is excellent….she knows all the MSHAA rules and everything. I feel like we are an outstanding team,” expressed Coach Stradling with a big smile.

Having two new coaches isn’t too big of a deal when you are working with an established team, however adding to the challenges is a team full of “rookies”.

“They are very young. We have nine girls, two upperclassman…a sophomore…and everybody else is freshman,” shared Coach Allen. “Most of them have played the game before. We have two that have never played.”

The team began practice on August 5 and according to both coaches, they’ve come a long way in the few weeks they’ve been working together. “So, our juniors and our sophomores have not played for two years, the other six are freshman. The great thing about that, and the advantage of that, is that they played middle school volleyball last year,” shared Coach Stadling.

“I started very basic. Passing the ball…setting the ball, hitting the ball,” shared Coach Stradling. “I think it’s important to use your recourses. I brought in “experts”….Joni Day, a former coach at Conway came in…Sydney, Lori’s daughter, and her teammate Anne came in and they taught hitting approach and really worked on the footwork...there are people who are gifted at hitting, or gifted at passing, and it’s my job to get those people in here and say this is what we’ve done, how can we build on that…we did that right away because we do have a young team.”

“I really think that’s been a strength, not to try and take on over complicated drills or offenses because really, the best teams do the basics to a level of excellence,” expressed Coach Stradling.

The coaches have also been working on building mental strength and family between the girls on the team by talking about goals and being thankful. “The first practice, I was like everybody tell me your one goal and one thing you’re thankful for. And so they all said-‘we’re thankful to play volleyball’,” reflected Coach Stradling.

“These girls are very very teachable…they are talented and they are hungry to play” laughed Coach Stradling with a smile. “I think that by the time they walk on the court, of course there will be nerves, but I feel they will be prepared to show up and play an educated game of volleyball.”

The Niangua High School Lady Cardinals will play their first game at 6:00 p.m. on Tuesday August 30 at School of the Ozarks. Follow the schools Facebook page to keep up with the team as well as the Marshfield Mail for updates.