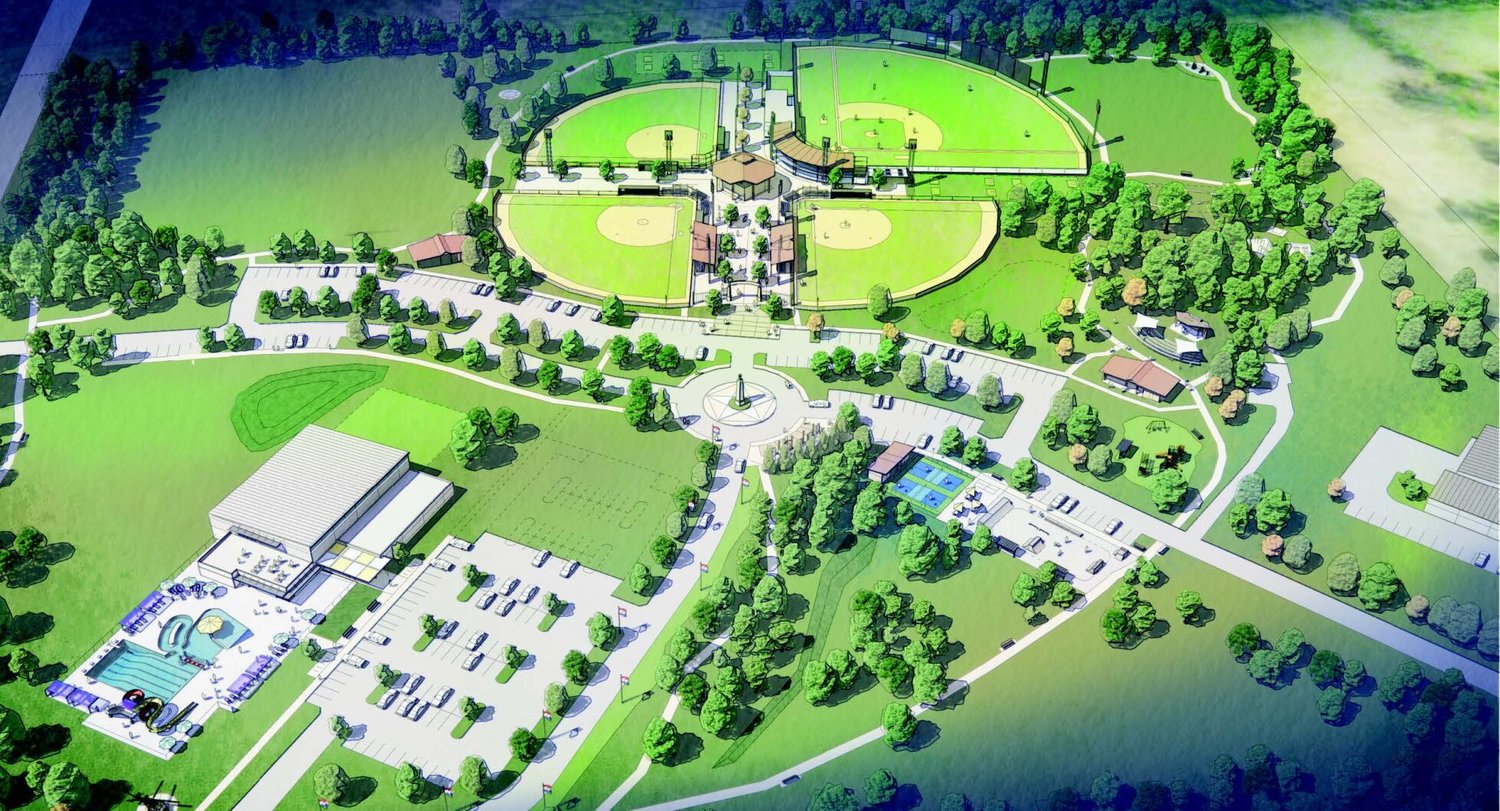 “The original development of that park was part of the original parks overall masterplan…this project started in 2021 and we are finishing it about a year later in 2022,” explained Marc Baker of the process of going from public meetings, to concept and then next to development.
Contributed by Marshfield Parks and Recreation Department.
Posted Wednesday, November 9, 2022 2:00 am
By Amber Brand amberb@marshfieldmail.com

Patriot Park in Marshfield is commonly known by one of two things: the place where parents take their kids to swim, or the place to honor those lost on 9/11.

Over the last several months, Marc Baker, Director of the Marshfield Parks and Recreation Department, along with City Administrator Sam Rost and Mayor Natalie McNish have been working with SAPP Design on a new Concept Map for Patriot Park.

“We just got finished with concept design and parks masterplan with SAPP design for phase two out at Patriot Park,” shared Marc Baker. “It is one of the goals in this project is to have that largely empty space out there filled with concepts and what the future is. We think that this plan outlines that.”

“Because this is such a large project and at the conceptual planning phase, what we will do is, as we identify pieces of this project that we believe are able to move forward, we will reach out to the public and ask for input,” added Mayor McNish. “For example: we do have plans to fulfill the prior promises on building an activity center. As we move forward with those plans we will reach out to members of the public to gain information.”

The current concept map includes actives of all kinds from walking trails, to a pump track, to new softball and baseball fields and even the potential for a ropes course. In addition to adding the activity center and to the park, there are plans to add memorial monuments and flags to the park.

“As we move forward to build specific monuments, we will be reaching out to key stake holders and the general public to get their opinions on how we are best preserving those…” explained Mayor McNish.

There are two monuments currently on the radar to be added to the park.

“A monument or memorial for Matt Blankenship and a monument for memory of the 9/11 events. Both of those we will take to the Park Board first,” shared Mayor McNish. “They will identify the location and come up with ideas as far as what type of a monument we are looking for. As those plans come together we will bring those to the public.”

“When we talk about Patriot Park we talk about Honor, Bravery, Service, Protection and Sacrifice,” reflected Mayor McNish. “We really wanted to build on the nostalgia of Marshfield and make sure we preserved those five qualities.”

While there is much work to do and as other projects come onto the parks departments to-do list Mayor McNish hopes that the 9/11 memorial may be able to be up by next year’s Marshfield Remembers event.