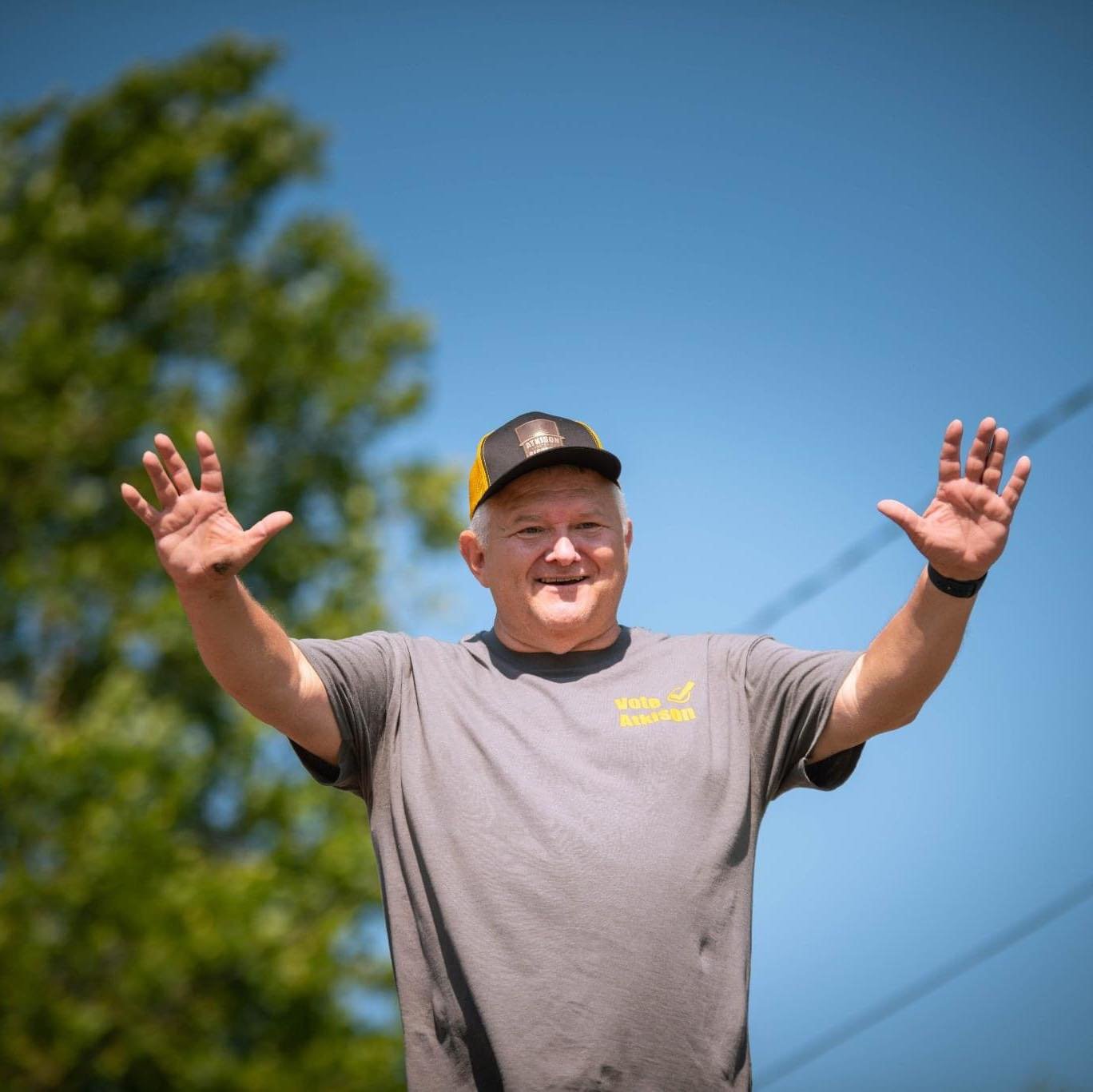 - Tell us about yourself!

My name is Stacy Atkison. I have been married to Kim (Dame) for 32 years and we have 5 children together.  Alyssa, Shelby, Bo and his wife Madi (Fields), Seth and Reese. My family has been in Webster County for 5 generations.  My parents are Bob and Brenda Atkison and Carole (Lowery) Smith and Charlie.  My grandparents were Leon and Lois Atkison, and Kermit and Letha Lowery.

For the last 12 years I have worked for iCounty Technologies, LLC in Blue Springs Missouri.  I have went to bid, sold, installed, and trained 60 Recorder of Deeds offices in Missouri.

I have signed up over 100 Counties in three states to eRecord.

I served as the Webster County Recorder of Deeds from 2003 to 2010.  During that time, I updated the computer network twice and upgraded the recording software in the office.  As a member of the Recorders Association of Missouri I served on the following Committees:  Legislative, Planning, Audit, and Technology.  I was Chairperson for Audit and Technology.  I also served on the Missouri Association of Counties Board of Directors for 6 years.  4 years as the district representative for Laclede, Pulaski, Webster, and Wright Counties.  I also served two years as a statewide delegate.

You can find more information at:

- How has your experience prepared you for this role?

In May of 2003, five months into my first term, an F3 tornado devastated the town of Stockton, MO.   I discovered that Webster County’s land records were not microfilmed! I took on a massive project of microfilming every land record back to the first deed recorded in 1855. There is one copy of microfilm in the vault of our courthouse and a master set in a temperature and humidity-controlled vault at the Secretary of State's office in Jefferson City. Your land records are safe!

I envisioned the disaster recovery plan that over half of the state of Missouri’s Recorder of Deeds office use!  In real time, documents are saved on local servers and on iCounty’s servers in Blue Springs as soon as they are scanned.  Data is retrieved every 15 minutes.  What this means is, in an emergency, we can recover every image and all data in a matter of hours. This is not theory, it is reality. In one instance a county server crashed, and they suffered a total loss.  Because of our vision we were able to replicate the county data and load on a new server overnight.   The next day we drove five and a half hours and installed the new server.   From a total loss to a total recovery in less than 24 hours! This is the kind of leadership Webster County deserves.

- Why are you the best candidate for the position?

I am the candidate that has the experience to lead Webster County.  I have been in every courthouse in the state of Missouri and many in Kansas and Arkansas.  Last Thursday I was in Pope County Arkansas in Russellville doing a demo on iCounty software.  This week I hosted a meeting in Columbia MO that had over 50 Recorder of Deeds from across Missouri in attendance. I am an expert in the field of Recording.

During my first term, Webster County was the 4th county in Missouri to accept an eRecorded document.  St Louis was first, Boone County (Columbia) was 2nd, Jackson County (Kansas City) was 3rd and then us! DD Hamilton made history as the first title company to eRecord in Webster County in 2006.  Today 100 Missouri counties accept eRecorded documents. I have helped over 100 counties start eRecording!  I have conducted eRecording meetings all over the State of Missouri and signed up hundreds of banks, law offices, title companies, and utility companies to eRecord.

I have run the office and done this job.  I have projected and budgeted for the office.  I hired the current Chief Deputy Sarah Bodine in 2003.  The transition of the office will be as seamless as it was when I turned it over to Gary Don Letterman, who is retiring.

- What are goals for the future?

The marriage license records need to be microfilmed and digitized.

Index books need to be digitized and pulled into the software.

Work needs to be done on state and federal levels to recognize electronic certified copies.

The Recorder's office needs to continue to backfile documents-a process I started during my last term.

An effort needs to be made to educate the public on a free notification system that notifies a landowner when something is recorded in their name.

I was an exceptional Recorder of Deeds the last time I served.  I have learned so much in the last 12 years.  I want to bring the best of what I have learned and implement it into our Recorder's office.  I believe my 20 years of experience makes me the best candidate to be your next Recorder of Deeds. I am asking for your vote on August 2nd in the Republican primary, and I look forward to serving you as long as you will have me!