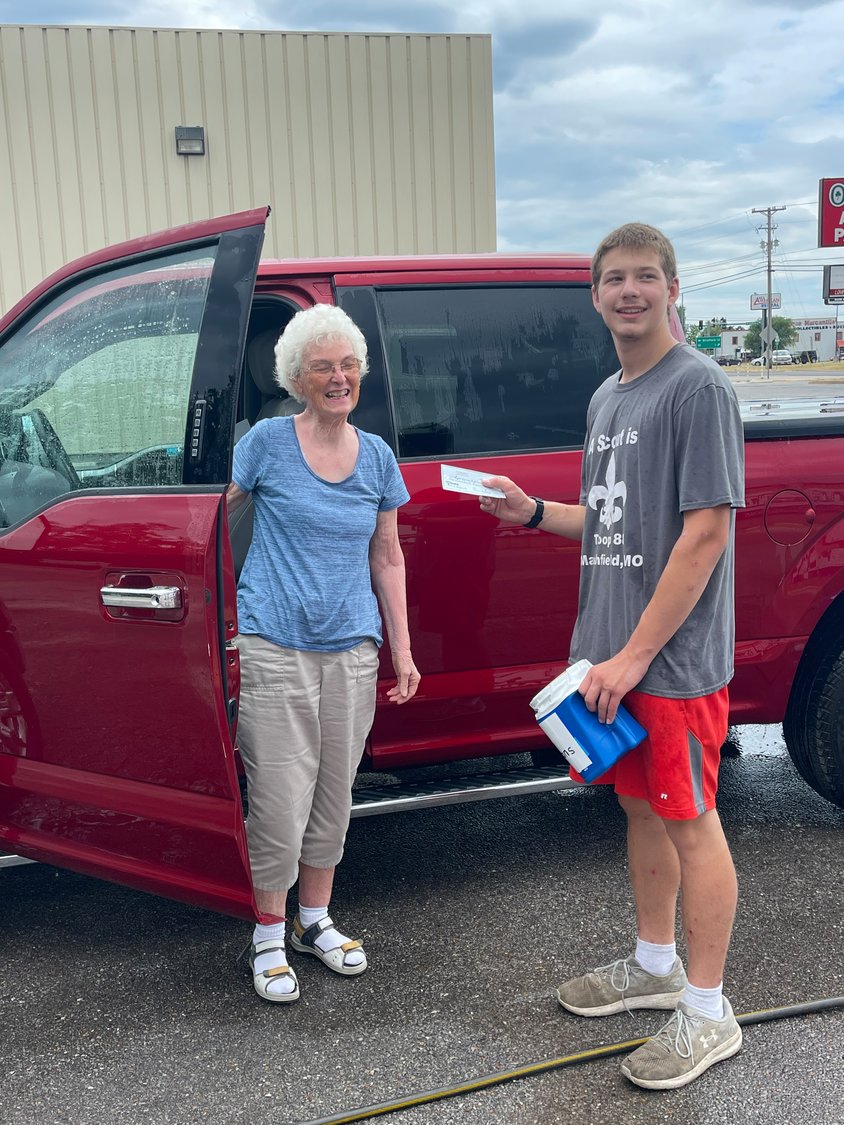 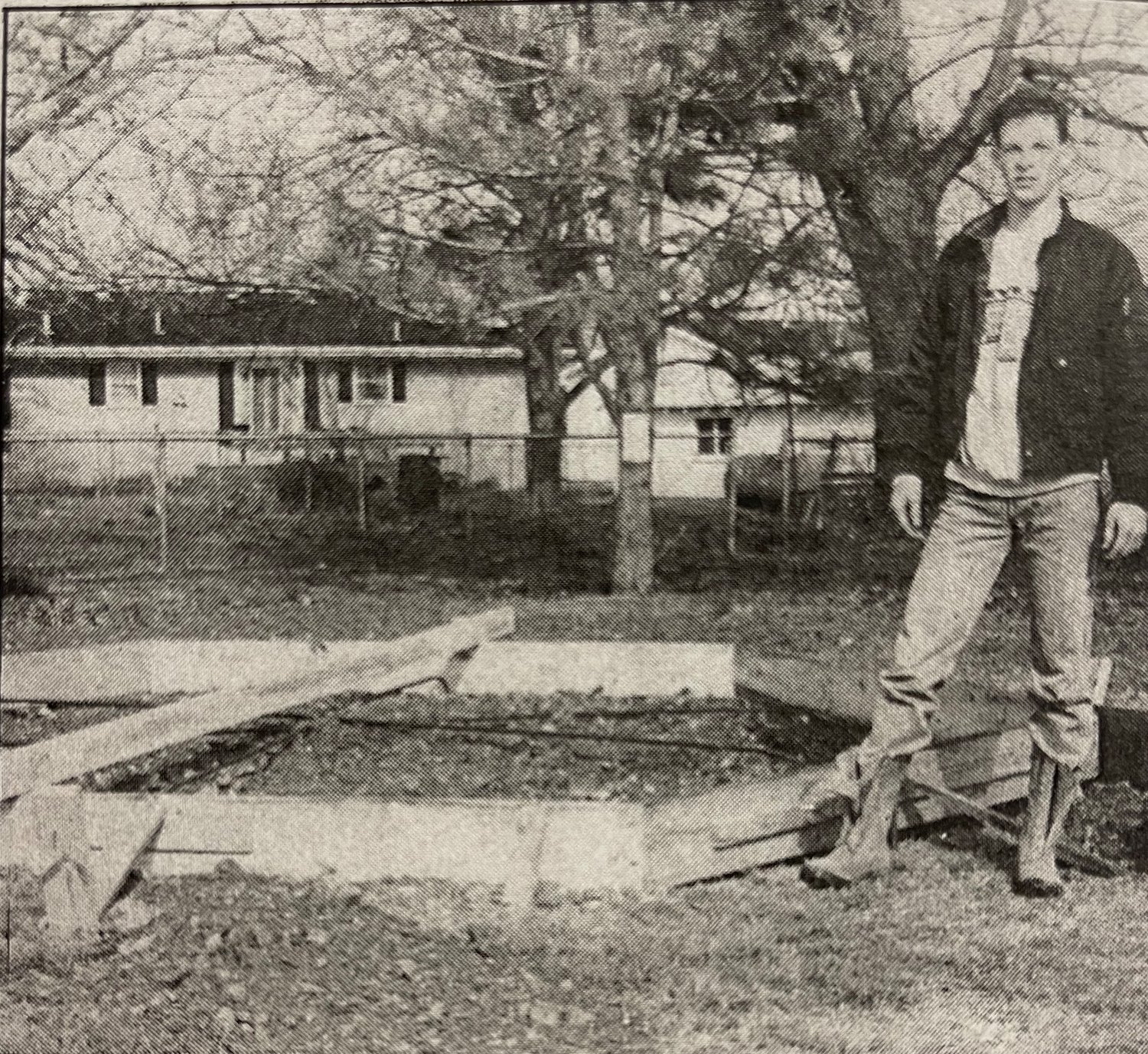 Photo from the Marshfield Mail’s original story on March 19, 1992. “Jim See stands with the framework of his gazebo he is building as part of his Eagle Scout work. The gazebo will be in the park on Clay Street. (Mail photo by Chris Wrinkle).
Mail Photo 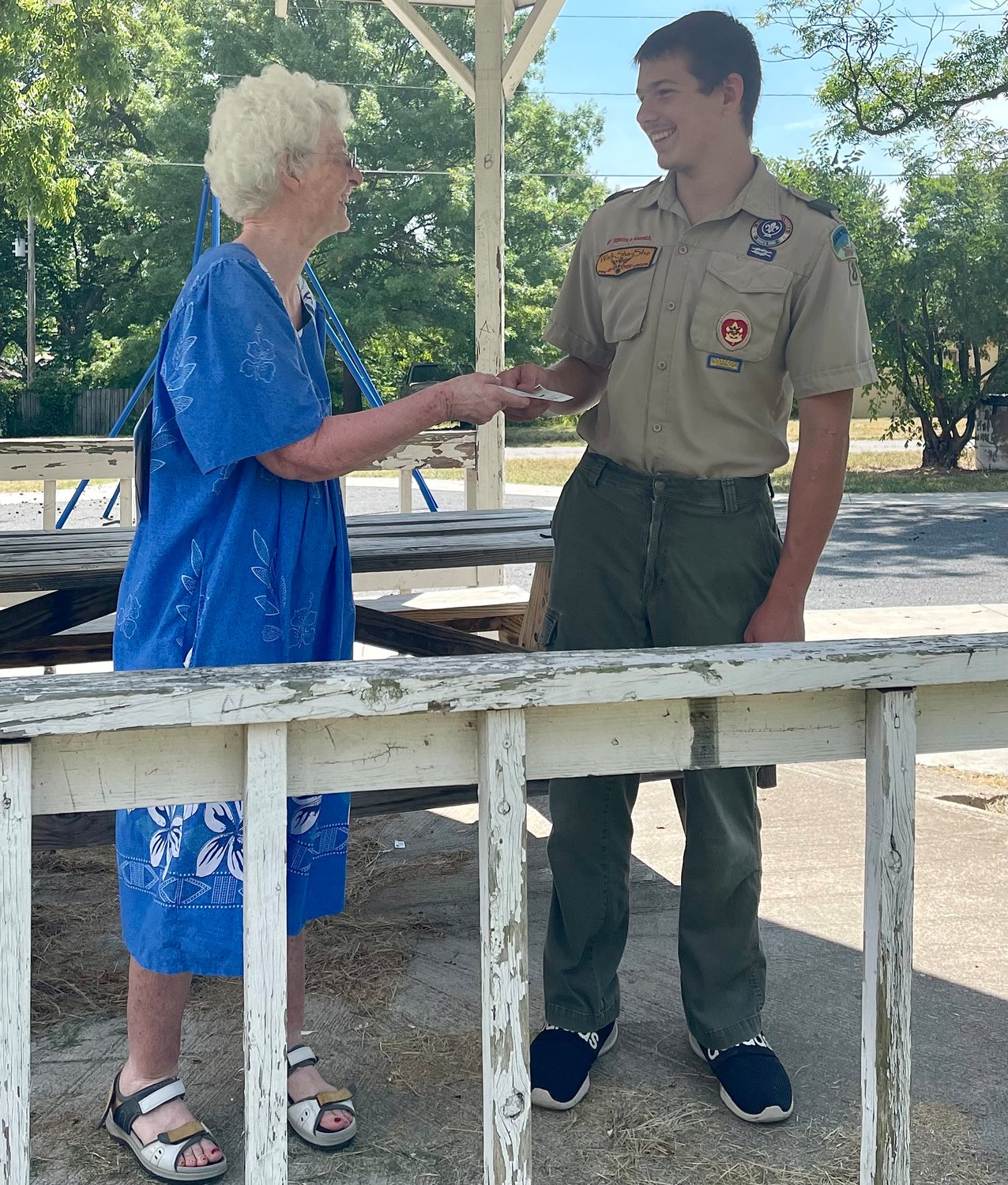 Nora Seery presents Logan with a donation from her son Jim Seery. Jim was the original Boy Scout who built the gazebo at Hartley park thirty years ago.
Amber Brand 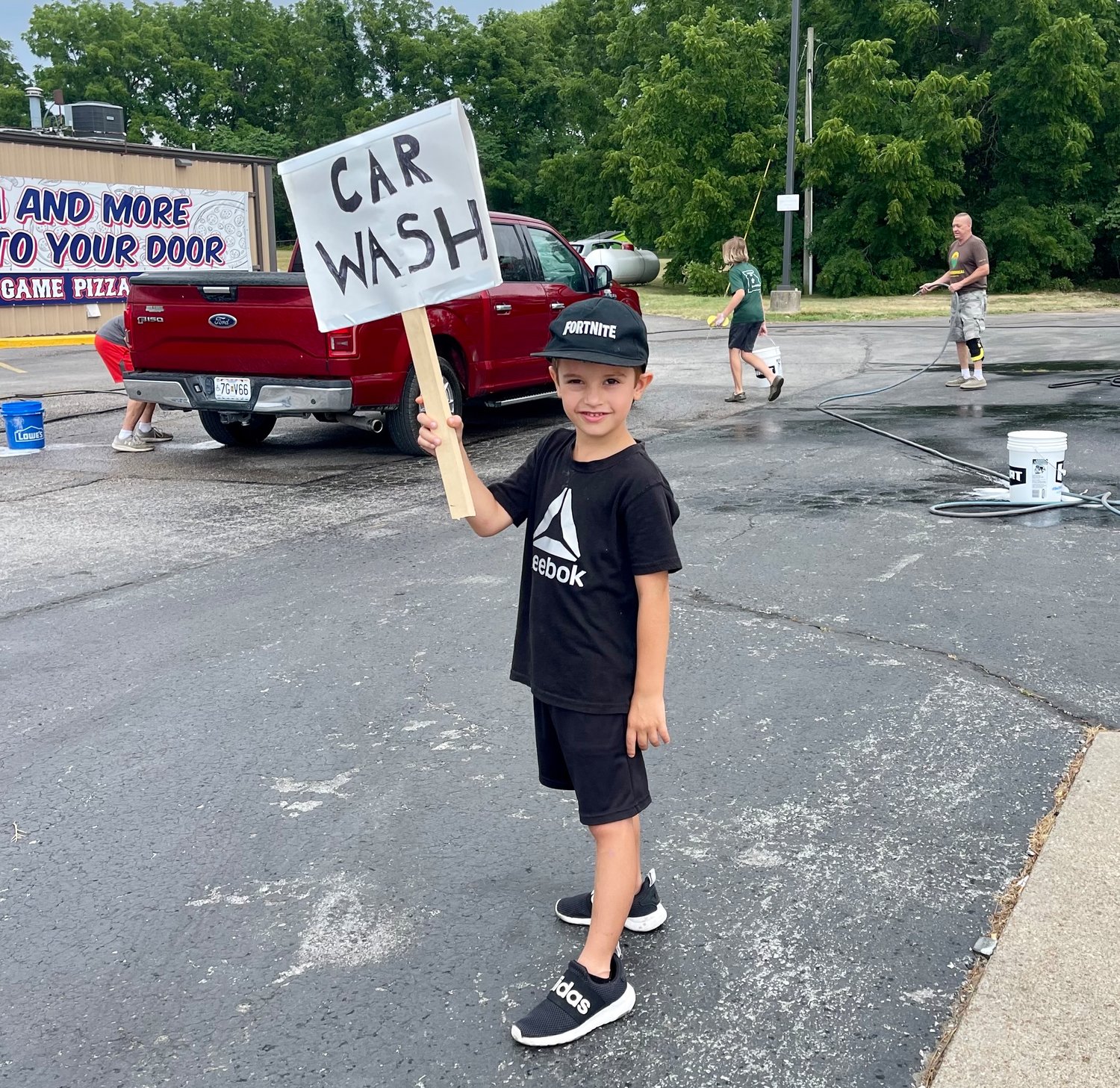 The Boy Scouts held a car wash to raise funds for the gazebo project. Donations were collected to go towards the gazebo and picnic table project.
Amber Brand
Previous Next
Posted Wednesday, July 20, 2022 12:00 am
Amber Brand amberb@marshfieldmo.com

After last weeks issue of the Marshfield Mail went out, a surprise phone call came in. Nora Seery, mother of Jim Seery, called to notify mail staff that she was the mother of the original Boy Scout who built the gazebo in the story that ran in the July 13, 2022 issue.

“I saw the story in the newspaper and my son is the original scout who built the gazebo,” Seery said with excitement. “I saw the story and then contacted my son Jim who is in Costa Rica on vacation. He wanted to send a donation right away,” shared Seery.

Seery reached out to George, Logans father, to see if they could meet at the gazebo on Friday July 15 so that she could make the donation on behalf of her son. When mail staff arrived, Logan and his dad were writing down measurements and making plans for their project. Nora arrived just minutes later with a big smile and a copy of the original newspaper story published by The Marshfield Mail thirty years ago.

In addition to the donation sent by Jim Seery, Nora made an appearance at the scout car wash on Sunday July 17. After getting her truck washed by the scouts, she too made a donation to the project.

“It’s so cool,” shared George. “We are really grateful.”

The scout group plans to work on the gazebo project next weekend, July 29-31. The gazebo is located at Hartley Park on Clay Street in Marshfield, MO.