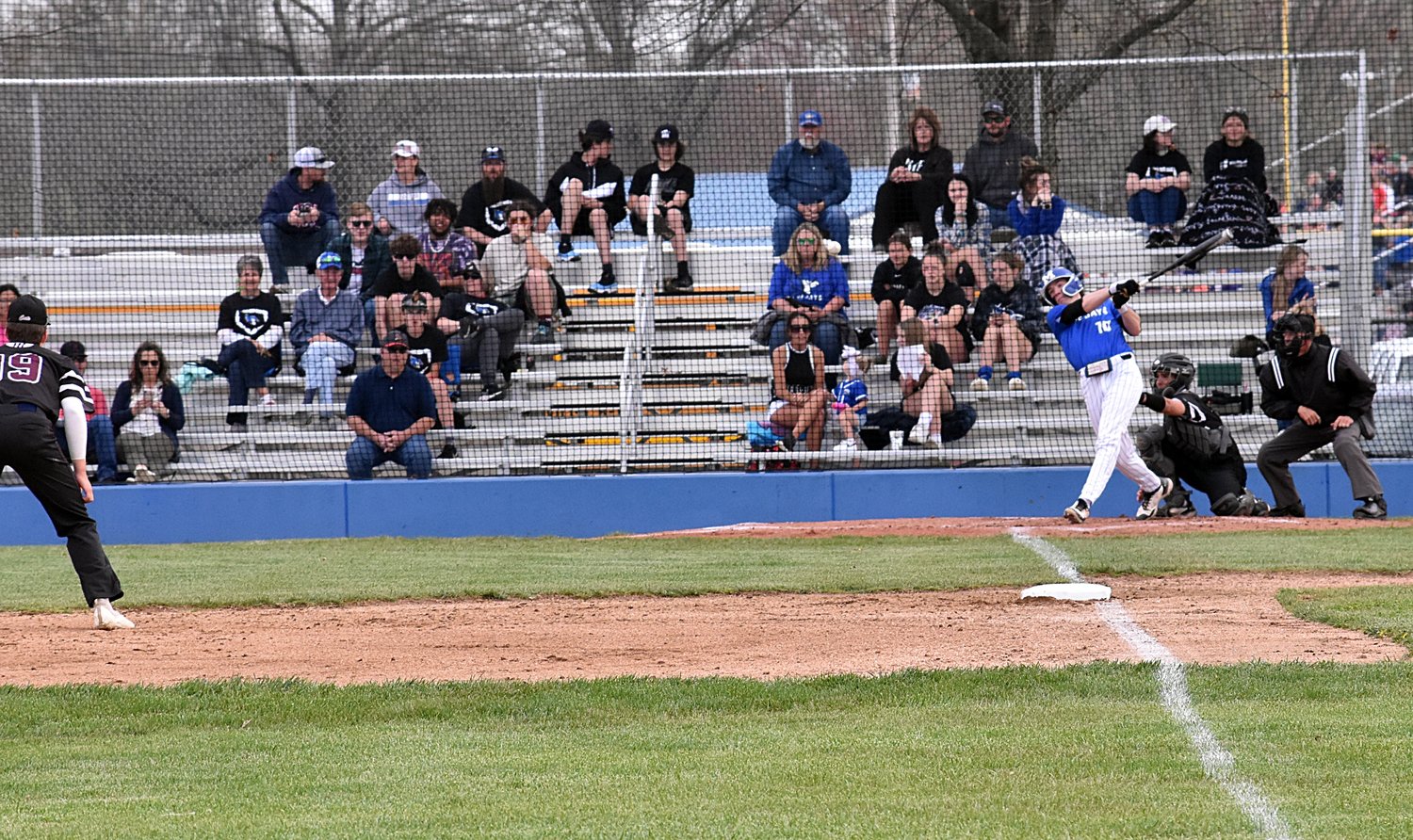 Marshfield junior Jackson Rovig was the first hitter to reach base Tuesday night, as he roped a single down the left-field line with one out in the first inning. Along with senior Sheldon Espy and freshman Henry Berkstresser, Rovig was cited by Blue Jay coach William Pate as one of the bright spots in the Jays' somewhat rocky season. 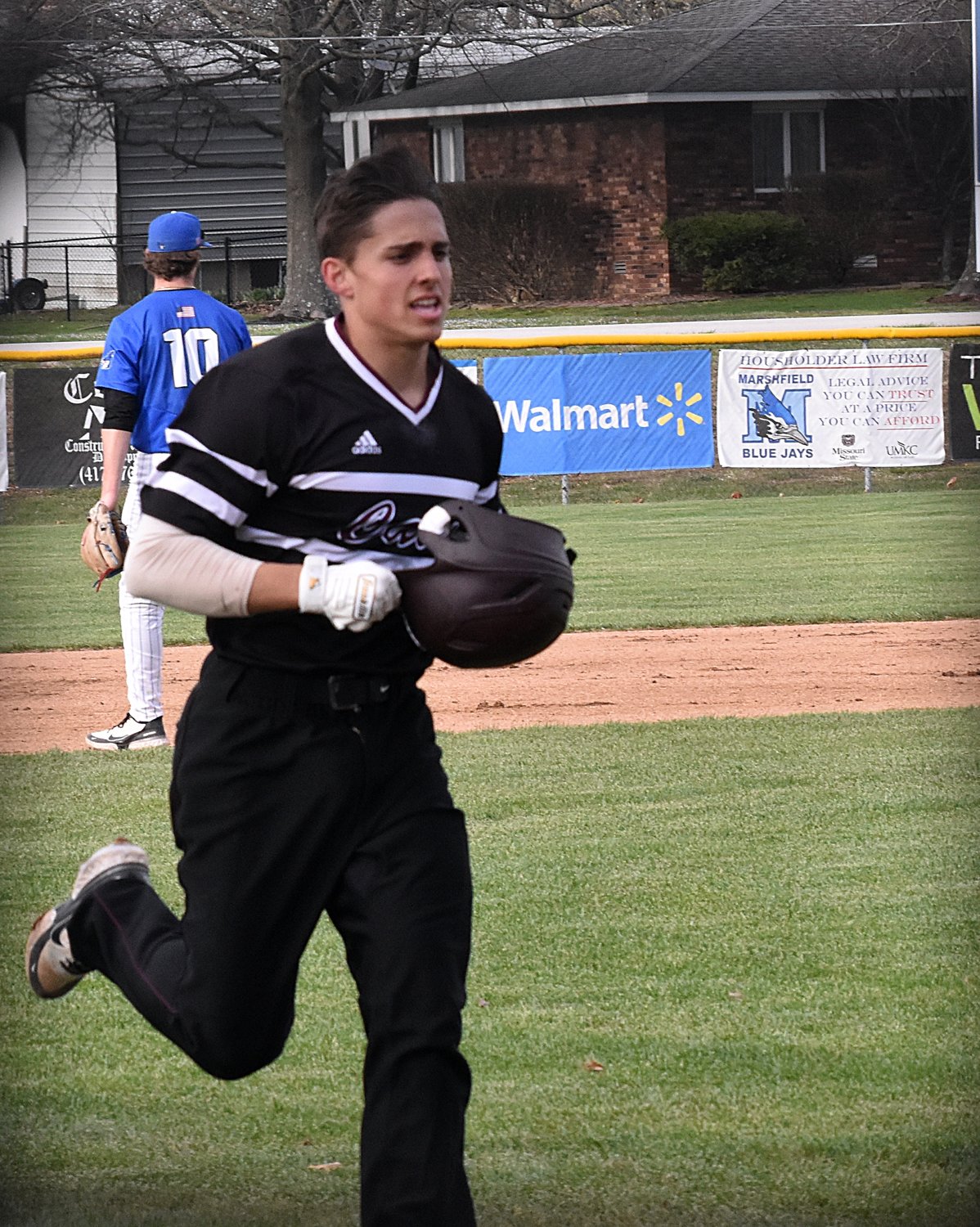 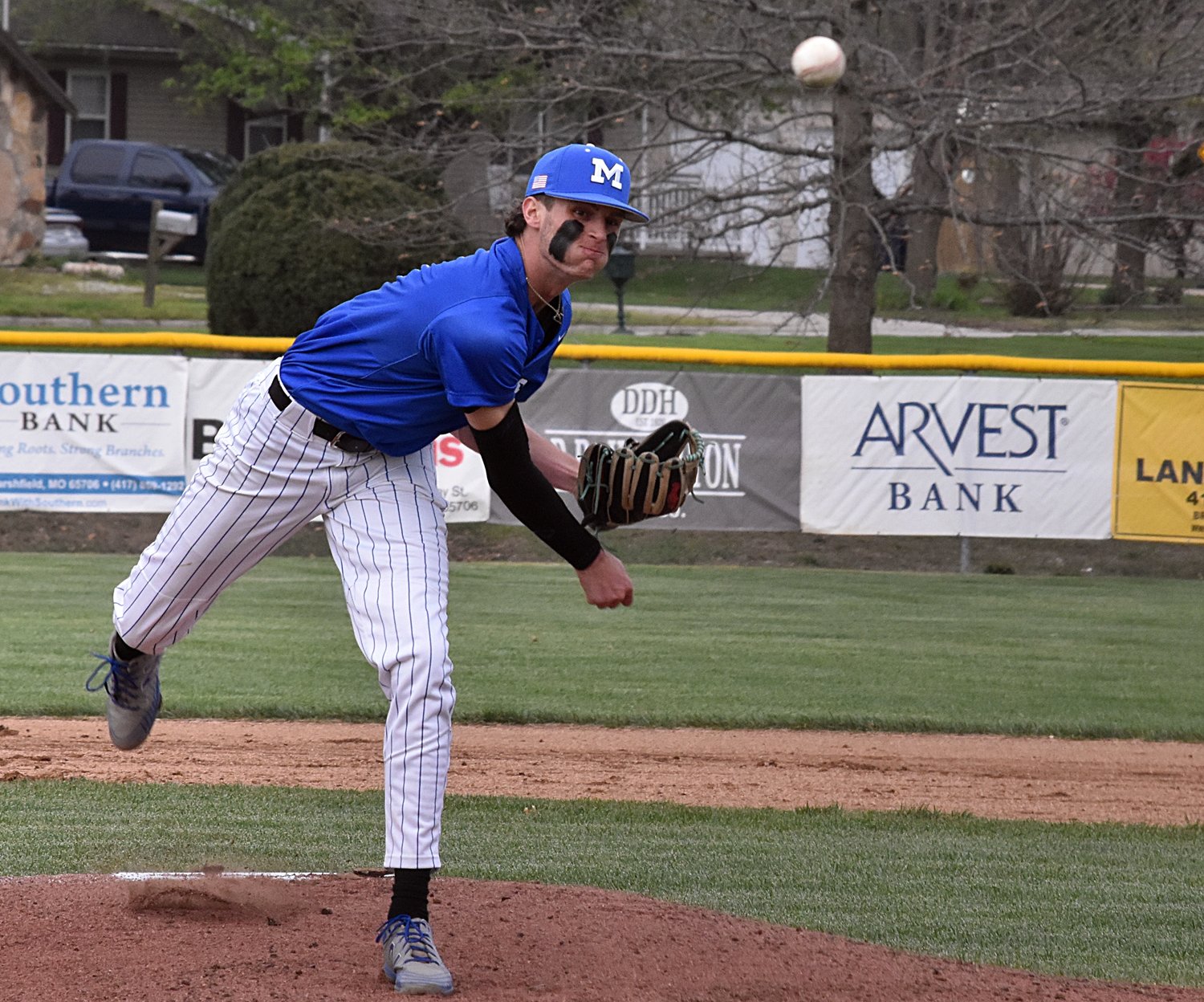 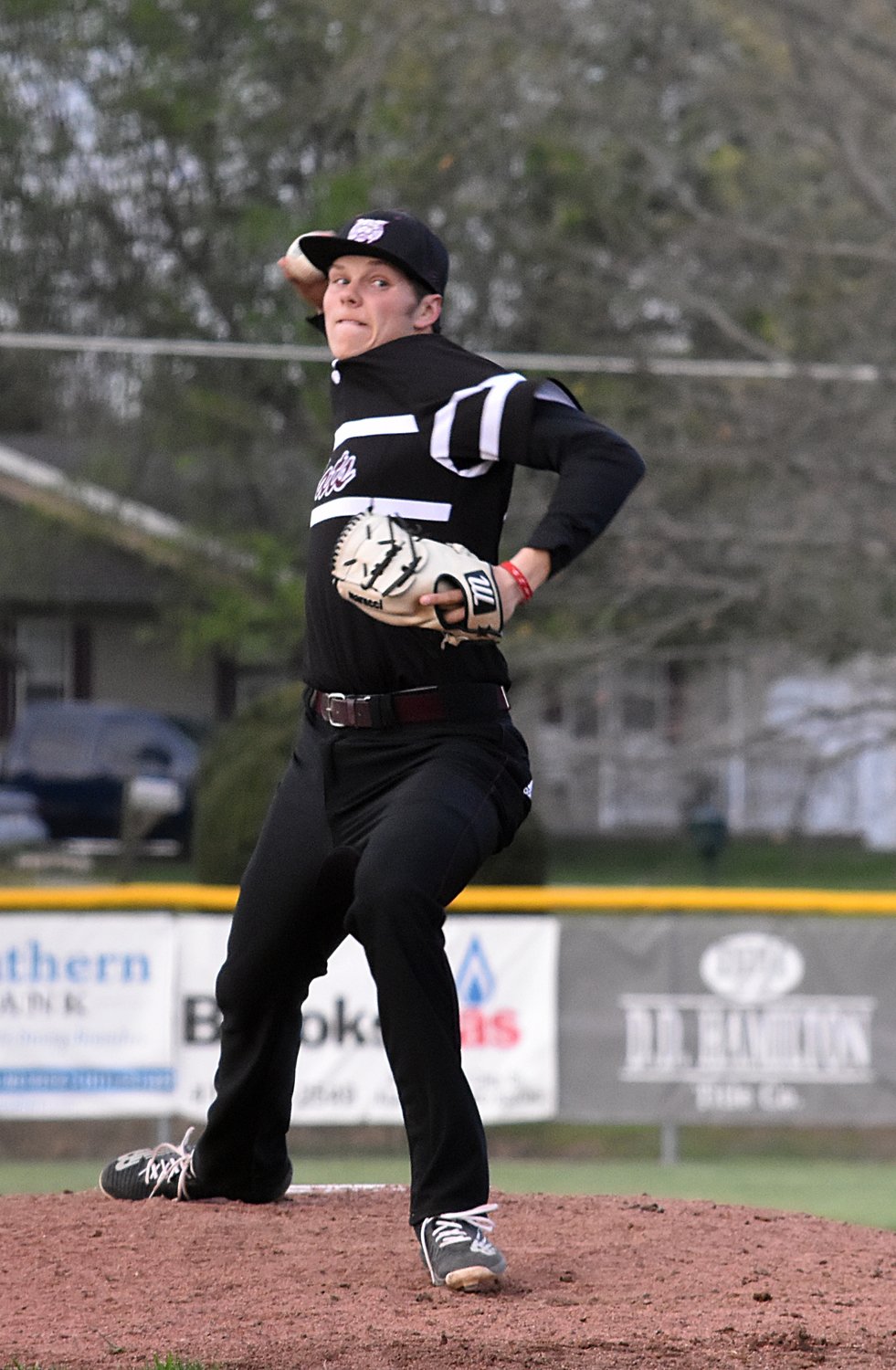 With the wind blowing a swirling gale in the general direction of left-center field, last Tuesday's baseball game between the host Blue Jays of Marshfield and the visiting Wildcats from Logan-ogersville promised to be a somewhat slapstick affair, with every ball hit in the air a fielding adventure and balls sailing over the left-field fence with regularity.

As it turned out, the feared appearance of the Keystone Cops never materialized, instead giving way to a fairly well-played ballgame, with the visiting Wildcats taking home a 5-0 win.

The contest was actually closer than the final score would indicate, with the 'Cats holding a narrow 5-4 advantage in base hits and a plurality of two in free passes (walks and hit batsmen).

Where Rogersville stood out was in the ability to get the proverbial “big hit.” In addition to a second-inning solo home run off the bat of junior catcher Noah Carrow, which marked the first run of the contest, the Wildcats also got a two-run seventh-inning double from senior Clay Palen that gave the game its final five-run margin.

In contrast, the Blue Jays never managed to find the key hit to push any of their 10 base runners across the plate.

“Our hitting has been spotty,” said Blue Jay head coach William Pate after the game. Obviously, four hits, like in today's game, is not going to win you a lot of ballgames. That's been kind of frustrating.”

Marshfield's offensive highlight of the game was the production of freshman Henry Berkstresser, who finished the game 2-for-2, including a double, plus a walk. When asked after the game about any players who have been a positive surprise this season, Pate was quick to mention Berkstresser.

“Henry's a freshman. He's found his way into the lineup and has done a great job for us. Senior Sheldon Espy and junior Jackson Rovig have also been doing some nice things, barreling up a lot of balls.”

Junior Bryant Bull gave a solid performance on the hill for the Blue Jays, allowing only two runs on three hits over the game's first five inning, with seven strikeouts and six walks.

“I've liked our pitching this year,” said Pate “There have been times we've struggled, walked too many guys. But overall, that's been the high point so far.

But Rogersville senior Blythe Blakey was just a notch sharper, as he pitched six-plus innings of shutout ball. Blakey allowed four hits and three walks, while striking out nine. Noah Carrow tooks the catching gear off to pitch the final inning, collecting a pair of strikeouts.

This win, followed by a Thursday loss at Hollister and a Friday win at home against Nixa, raised Rogersville's season ledger to 11-3.

The Blue Jays rediscovered their offensive mojo Thursday at Mt. Vernon, bringing home a 17-3 win. Marshfield's season record after that win stands at 5-9. 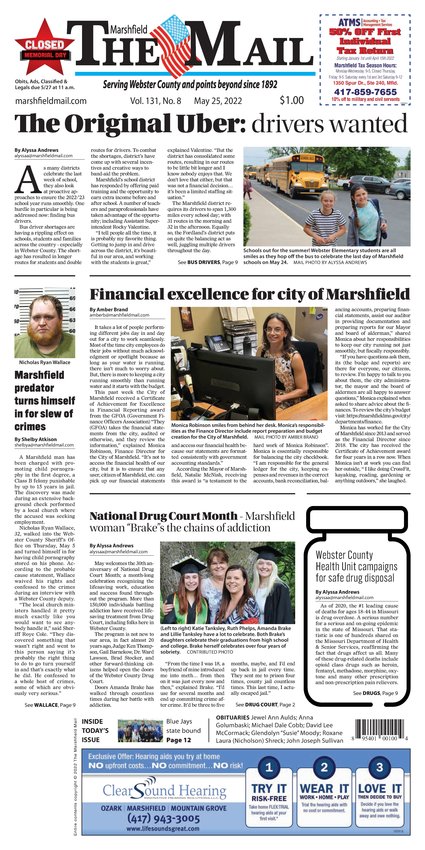