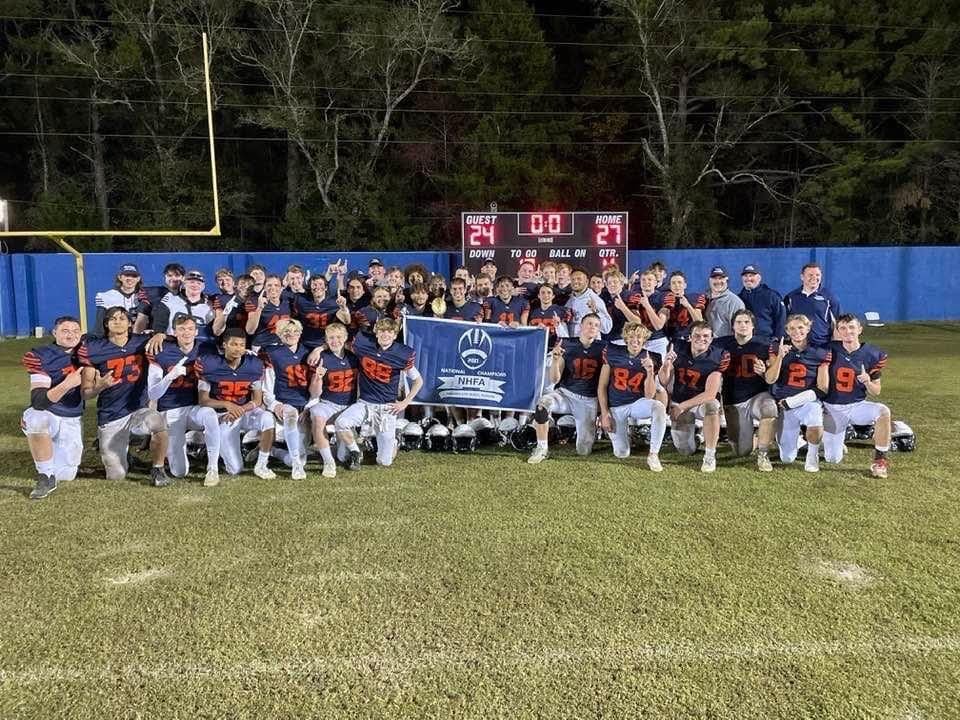 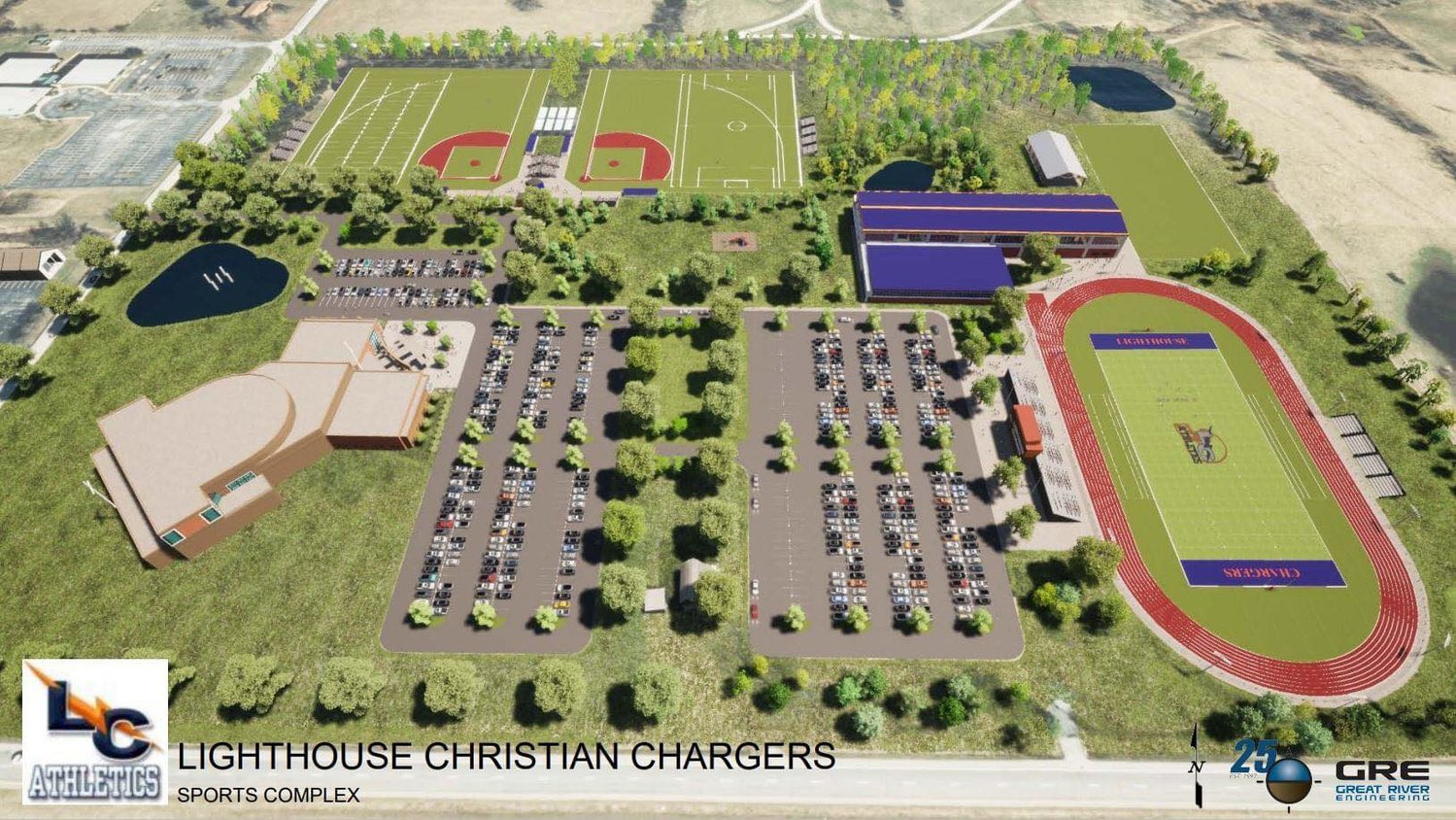 Conceptualized image of the sports complex to be located off of highway 60 and 205.
Contributed by Kimberly Vestal
Previous Next
Posted Wednesday, June 8, 2022 12:00 am
Amber Brand amberb@marshfieldmail.com

The homeschool community in southwest Missouri is growing along with the homeschool rate in the U.S. overall. As families begin to move away from public education and into the world of homeschooling their children, the call for alternative options for children to socialize and play sports grows louder. The Lighthouse Christian Athletics program has answered that call.

“My family moved here from South Florida about six years ago. We homeschooled, and when we got up here, we were looking for something for our kids to get involved with. We found the Chargers. They had a great football program that was practicing out in a cow pasture,” chuckled Brett Williams Director of Football, Head Varsity Football Coach, and former NFL Chiefs player. “I became a part (of the Chargers) immediately and started coaching immediately. The Lighthouse is more than just a sports organization, it’s a ministry and it’s a family to so many homeschool families in Southwest Missouri.”

Originating in 2006 by Coach David Lohn, Lighthouse  Christian Athletics began as just Chargers Football with an eight-man team. In their second season (2007) the team won the 2007 National Association of Christian Athletes (NACA) Division 3 Championship in Dayton, TN. In 2008, the team grew to an 11-man football team, joined the National Homeschool Football Association and won the leagues inaugural National Championship. To date the Chargers Football team has won five national titles: 2008, 2009, 2013, 2014, 2021.Seeing a need for additional sports avenues and with the continual growth, the Chargers Football league grew into Lighthouse Christian Athletics and now offers baseball, basketball, cheerleading, soccer, track and field, cross-country, and volleyball. “We are just a hair over 500 student athletes. We have kids that drive in from Licking, Jeff City, Willow Springs; if they are homeschooled and want to be a part of LCA they can come,” shared Williams.

From an eight-man football team to serving over 500 student athletes, the program is in dire need of its own facility.

“All of our sports have been reliant on the generosity of others to find places to practice. We practice in cow pastures, in fields by churches. Right now we are at Evangel University. They have been great to us the past couple of years to let us use their fields,” explained Williams. However, with the use of multiple facilities to accommodate their growing program, families have a hard time being in more than one place. “We will have football practice going on in one spot, cheerleading in another-it puts a big strain on homeschool families with multiple kids in multiple sports. Then we had COVID and it was really hard to find places to use,” shared Williams.

“We want a place that we can call home, where all of our kids can come. We want a place that the kids can have the same opportunities as public school kids when it comes to athletics; great facilities, great coaching and the opportunity if they want to pursue athletic scholarships. With the rate that homeschooling is growing, the rate that we are growing, we need a home that is worthy of the mission that we have,” explained Williams.

Filled with excitement and full of momentum the Lighthouse Chargers began their plight for a sports complex just six months ago; creating their first board and booster club. The newly organized group has charged full speed ahead into their sports complex project.

“We are in the process of buying the land from Fellowship Bible Church. It’s a great location, off of 60 highway and 205…We are somewhere in the $200,000 range in cash pledges. Someone has pledged to build our weight room and our practice fields,” shared Williams with excitement. “We are still developing our board and booster club. We are looking to add more people and then do some bigger fundraising events.”

“We are making that jump: from an organization that’s practiced in cow pastures to something that’s pretty significant. The biggest help in all this has been Peter and Jan Herschend from Silver Dollar City. They love our ministry and have been our biggest coaches in all this,” laughed Williams. With plans to break ground on January 1, the organization is full of momentum. “Right now we are just pounding the pavement. We are getting out there and meeting with folks we know and businesses and telling them what we are doing. We are learning a lot as we go. We’ve got a lot of great people behind us. We are excited. We are confident.”

If you’d like to support the Lighthouse Christian Chargers online donations can be made on the chargersboosters.com website.