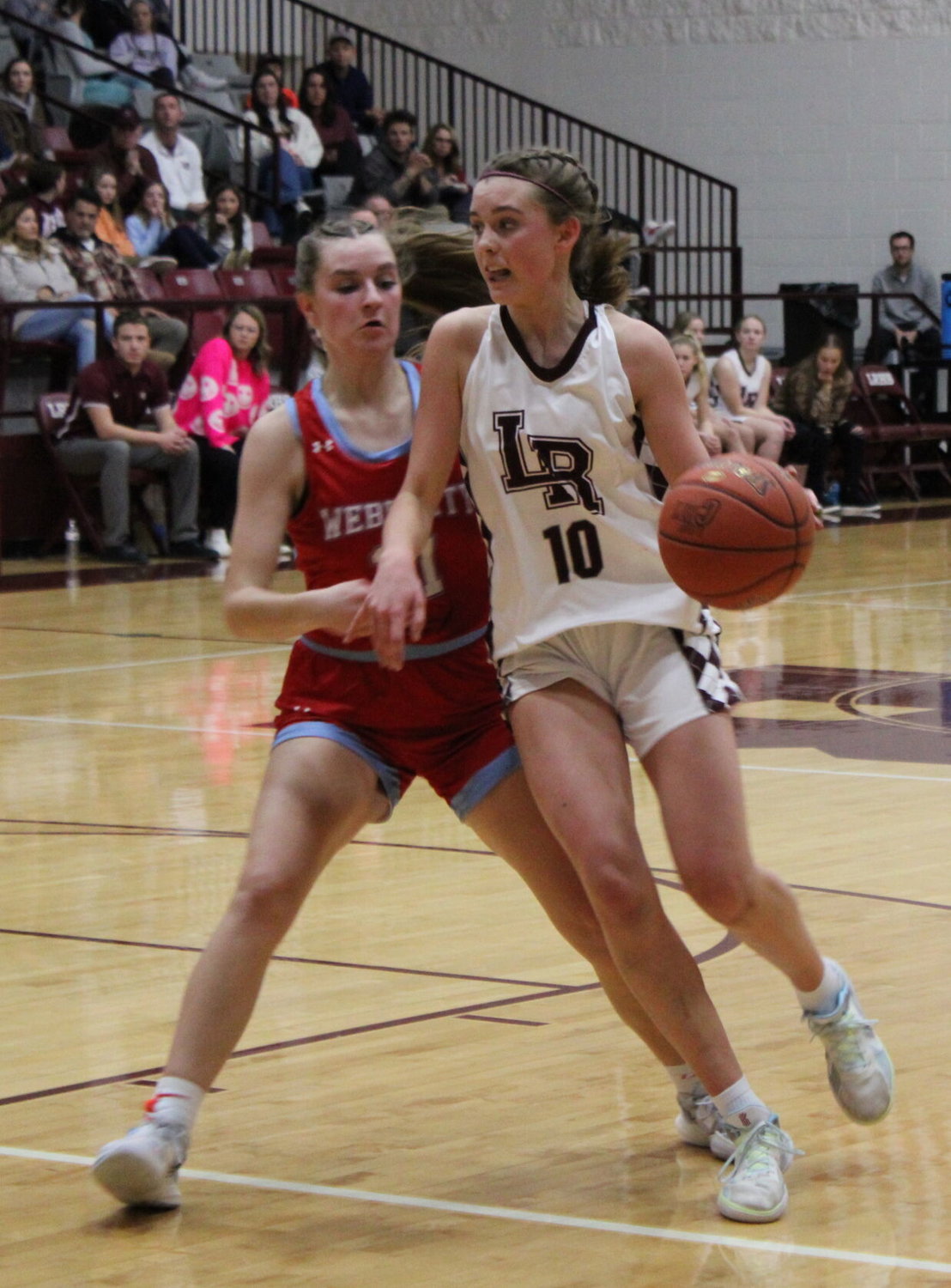 Freshman Hailey Buckman makes her way down court to score a goal for the L-R Ladycats. Mail Photo by John "J.T" Jones 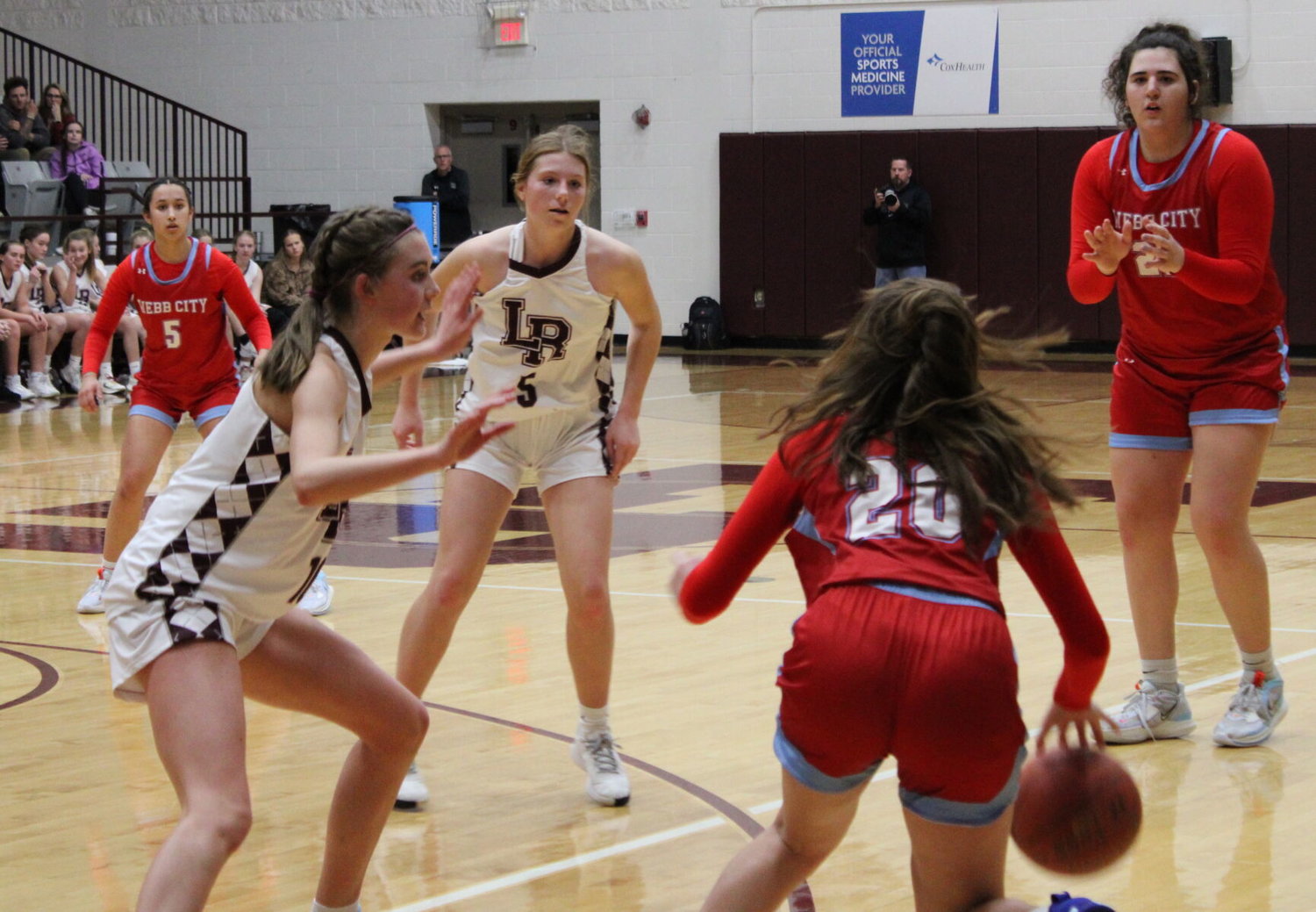 Playing defence are Freshmens Hailey Buckman and Sydney Prenger against Webb City. L-R would end up losing the game with the final score being 42-62. 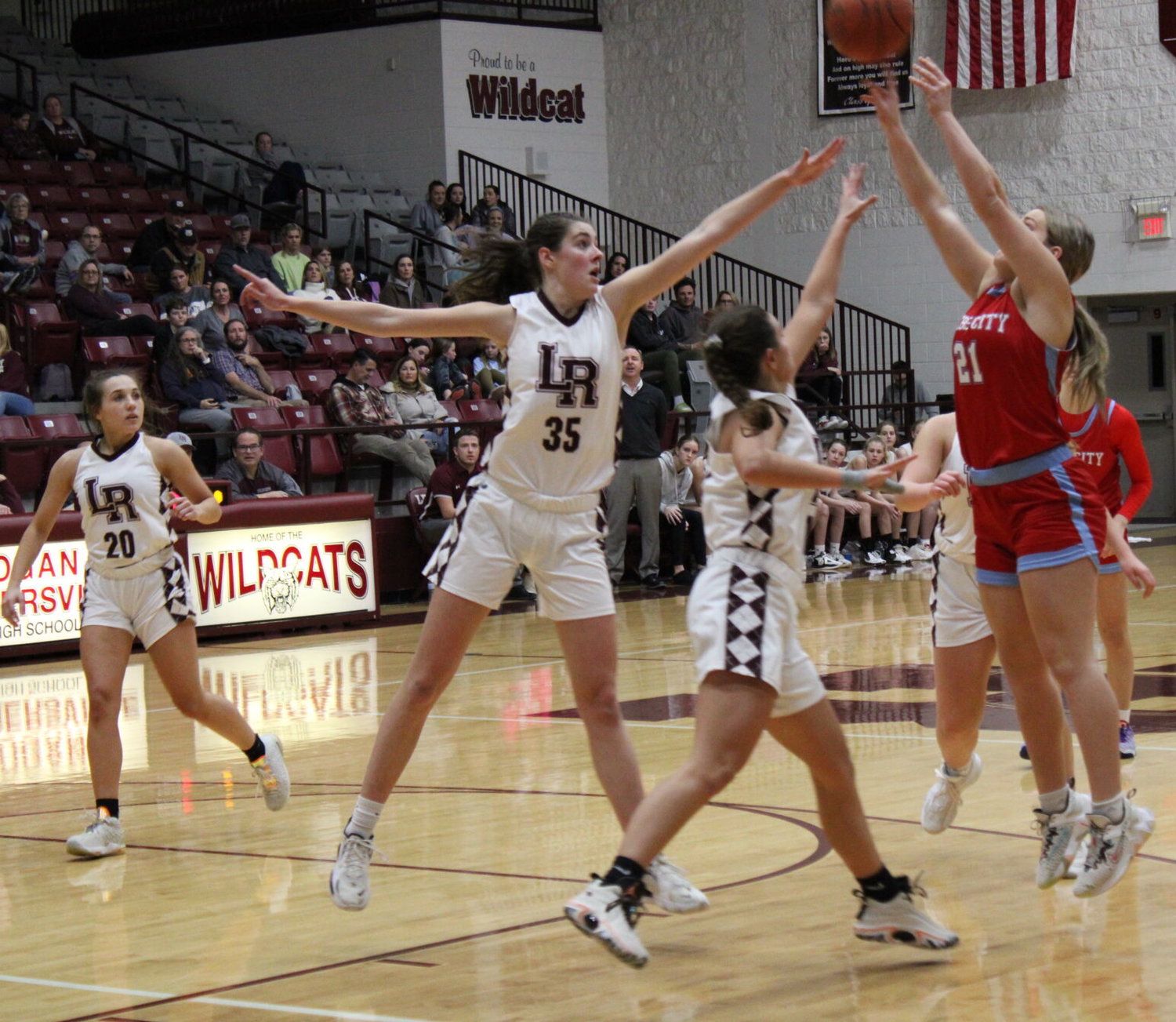 Hitting the courts twice this week was the Logan-Rogersville Ladycats. Their first game of the week was against Central on Tuesday, Jan 3. That game saw the Ladycats roar to victory, with a final score against Central 64-43.

Their second game was against Webb City on Thursday, Jan 5. Could the Ladycats end the week with two wins? The only way to find out was to play. In four quarters, the ladies of L-R would try their hardest, not giving up even a moment. Still, after the last buzzer rang out, victory would go to Webb City, beating the Ladycats with a final score of 42-62.

"Webb City is a solid team. They have a lot of experience. Just a tough matchup for us tonight. They tried their best, which was a great effort going into the second half. We have a young team, so sometimes you take lumps on nights like this against more experienced teams," says Ladycats Head Coach Cory Watts. "We have a lot to look forward to, for example, the conference play starting next week. So looking forward to that and just moving on past this game. Hopefully, we can forget about it and get on to the next one."

The stats for the Ladycats on Thursday's game are as follows:

#14 Freshman Payton LaBarge - 3 points, One 2-pointer, and one free throw made.

#35 Freshman Reagan Rasmussen- 3 points, One 2-pointer, and one free throw made