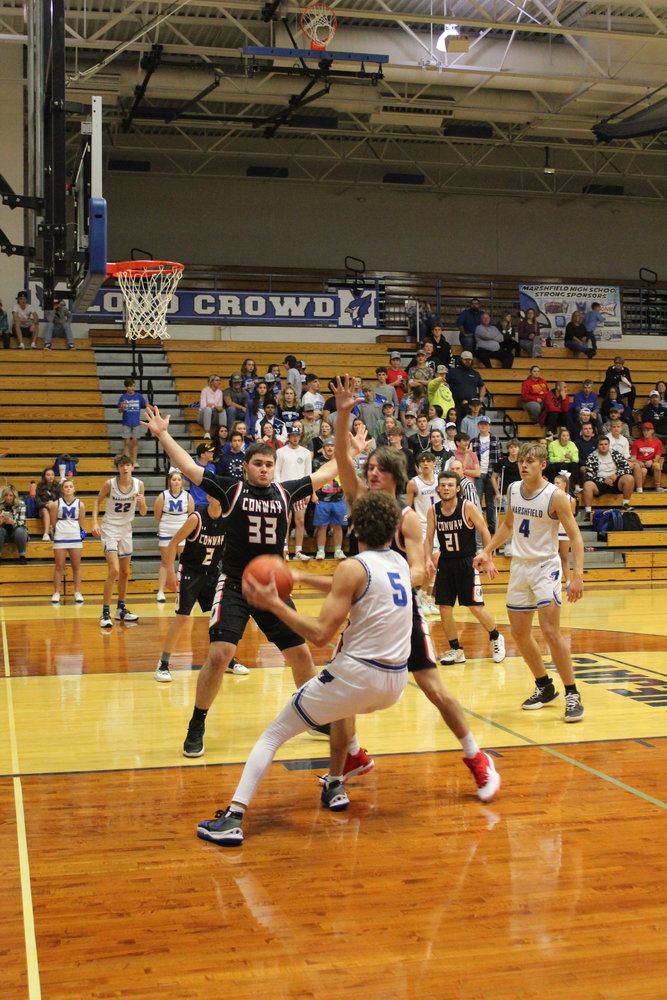 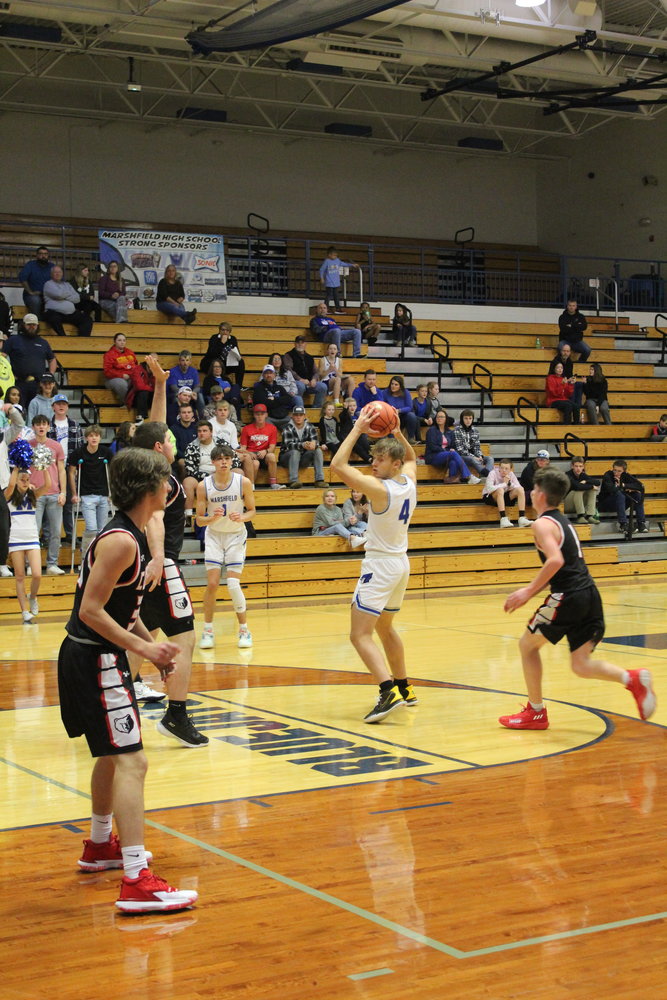 Joe Harles, junior, started the game for the Jays. Harles only obtained one foul against him through the entirety of the game.
Mail photo by Abigail Swanigan 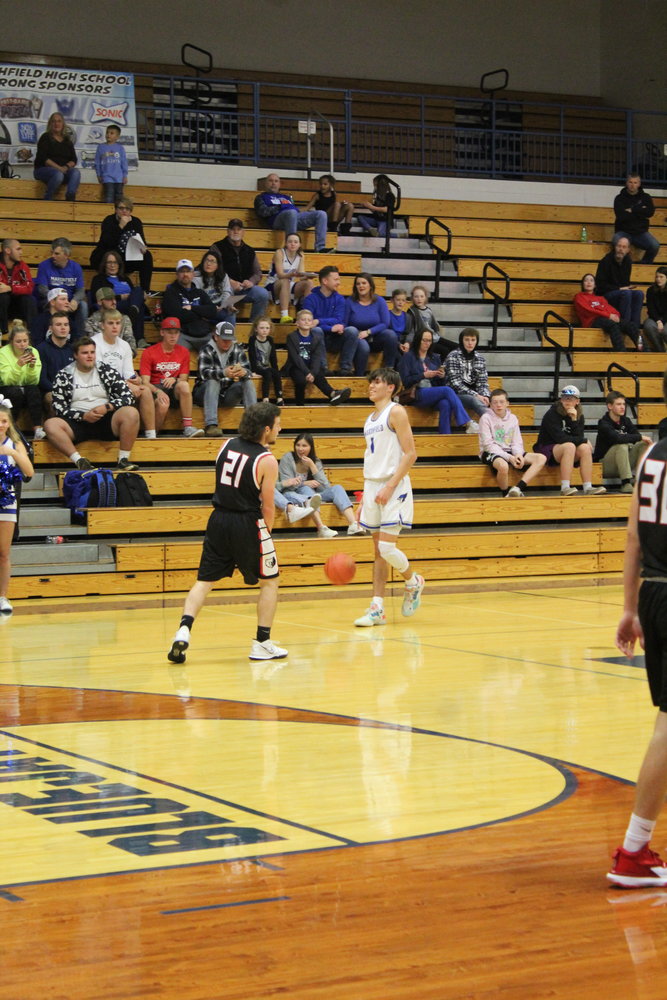 Marshfield senior Issac Brown stalling in the last few seconds of the fourth quarter. Brown added 13 points to the scoreboard for the Jays.
Mail photo by Abigail Swanigan 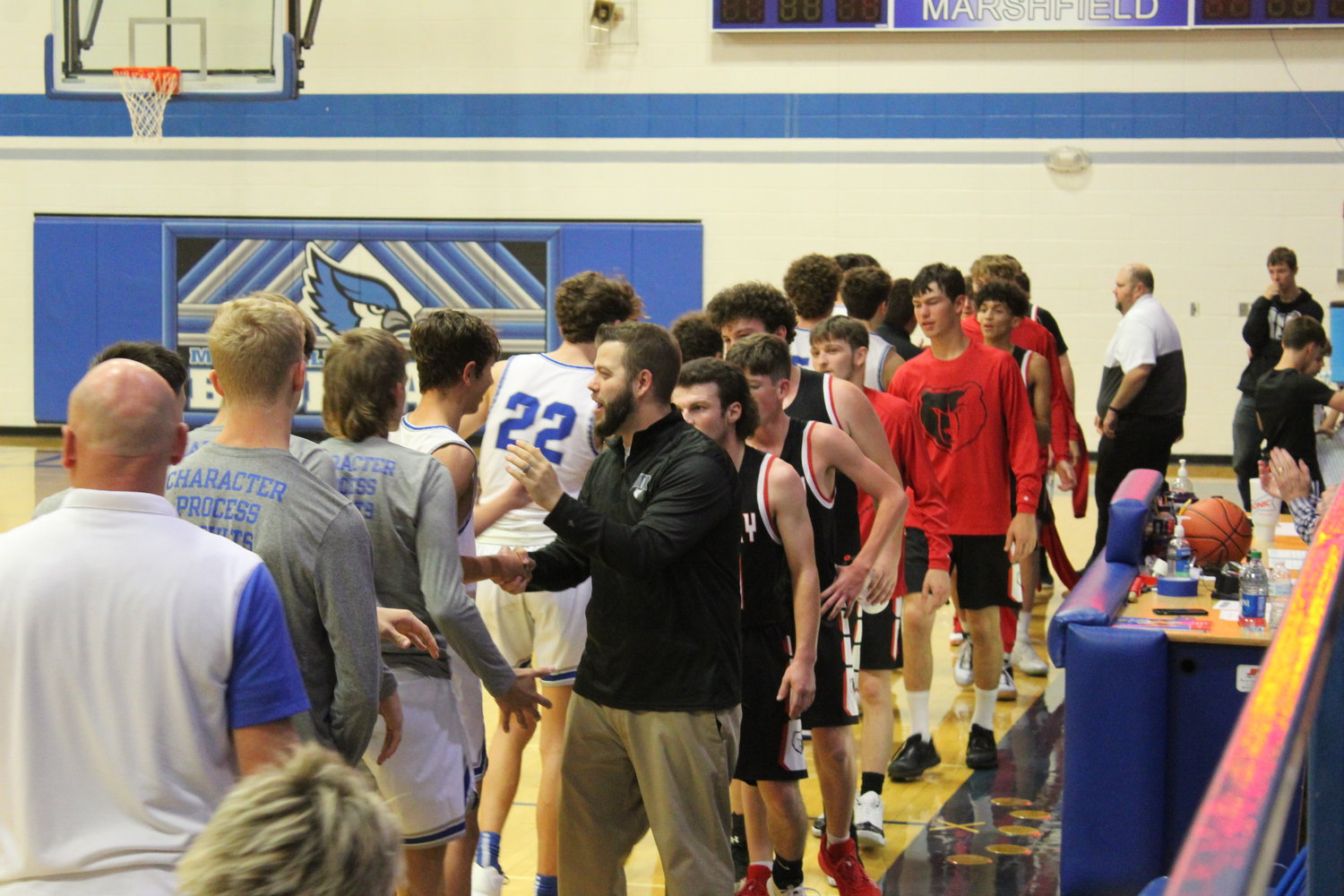 The Marshfield Blue Jays boys basketball team opened the season at home against Conway Tuesday, Nov. 23. The Jays secured the win by 37 points, 61-24.

“With it being our first game we don’t know what to expect,” Adam Carpenter varsity head coach stated. “I feel like everyone played well. I really like how we shared the ball and we shot the ball really well.”

Keeping the momentum from the first quarter, the Jays added 16 more to their already tallied 22 points, finishing the half with 38. The Bears scored 9 more points but not enough to stop the Blue Jays. Owen Curley lead Marshfield in the second quarter with 5 points as other team members helped add to the score board ending the half 38-20.

“The biggest thing was being under control on offense,” added Carpenter. “We had a high assist and low turn over game and that’s something we talk about. Coming into the first game you never know. Sometimes we have guys that come out and do things that are different than what we practice and I don’t feel like that was the case.”

As the second half progressed, both teams continued to add to the board. The Bears attempted to close the gap but were unable to do stop a solid Blue Jay offense. Marshfield stayed ahead in the third quarter while the Bears scraped up 2 points to add to the score. Though the Jays still had a 31 point lead going into the fourth.

At 53-22, the Jays did not slow down, scoring 15 more points. Marshfield took the game winning 68-24. With a record of 1-0 the Jays will be participating in the Pierce City Invitational Tournament and will return to Marshfield for a home game on Tuesday, Dec. 14 against Camdenton.