Conway bears awake from hibernation, hungry for track and field 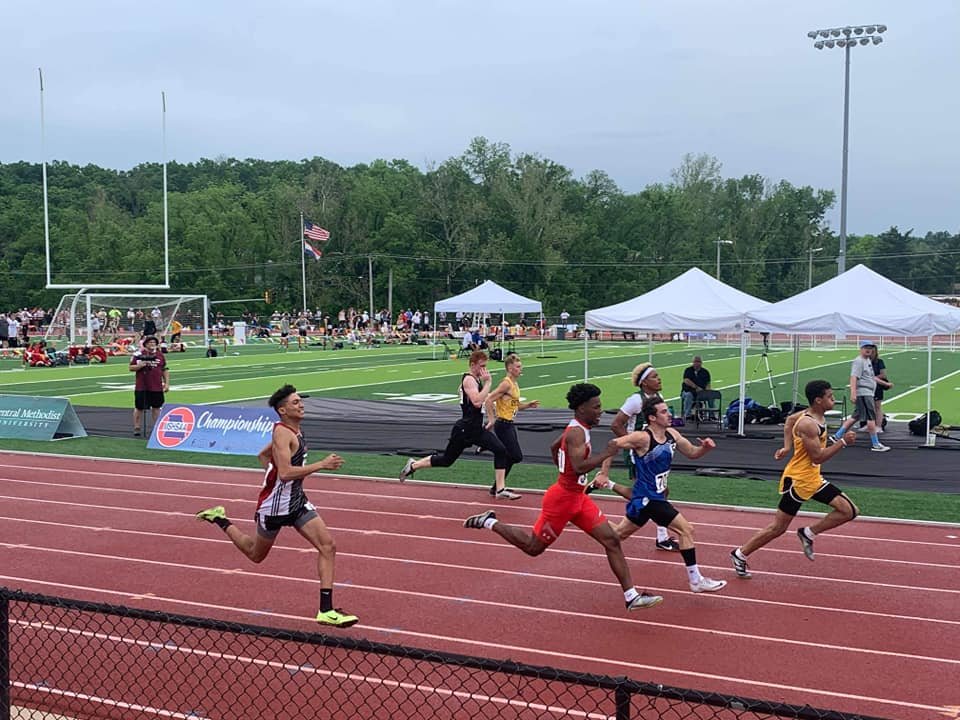 Quentin Herrera placed 14th in the 100M and13th in the 200M Class 2 State Track Competition during the 2020-21 season. Coach Andrew Lowery is expecting Herrera to “claw his way to the top” and make another appearance at the state level.
Posted Wednesday, March 16, 2022 11:08 am
By Alyssa Andrews alyssaa@marshfieldmail.com

Small but mighty is what comes to mind when describing the Conway Track and Field program this 2021-22 season. With a total of 22 athletes, 3 of which are seniors, head coach Andrew Lowery is optimistic the team will make some noise this spring.

“I am excited to see what we are able to do this season. We have a lot of talented kids and know they have a lot of potential to be very successful,” explained Lowery. “The kids know that we had a good season last year and I think they know to expect a good season this year. We have some new kids that will help push some of the returning athletes, hopefully making each better and work harder in practice.”

Conway Seniors Jamison Cromer, Graceson Cromer and Quentin Herrera are stepping up to fill the gaps, looking to end their track careers on some very high notes. Fans may be seeing double this season, as the Cromer twins contribute to the 4x100, 4x200 and 4x800 relays, all which made an appearance at sectionals last season. Lowery believes Herrera, who raced in both the 100M and 200M at state, will have a repeated year of success individually.

“Herrera will be one of the top sprinters this season in the area,” shared Lowery.”Hopefully, he will build on his success from last season and make a run at all state this year.”

The boys team is looking to combine the talents of both new and old athletes to score some points for the bears. Freshman Dominick Zaffos is expected to find success in mid-distance events and possibly make a run in the postseason. Junior Seth Foreman, a formidable jumper, is hoping to score big in high jump and add to the boys relay teams. Junior Casey Vaughan, another upperclassmen will assist the boys team in multiple relays and distance races this season. Freshman Alex Fincher, also a new addition, is working hard to become a new contributor for the boys team.

The girls track and field team is planning to make a run at Class 2 District Champs again. Graceson and Jamison Cromer are great athletes and excellent sprinters. The duo have been to sectionals multiple times and hope to make a state run this year to finish a good track career. Junior Breanna Thompson, a talented sprinter, has found individual success in both the 100M and 200M. The 200M is Thompson’s main race and will play a big part of the girls team making another run at the district title.

Junior Gracie Vestal has been a solid distance runner for the bears, placing 2nd or 3rd in all four distance races during regular season. Vestal will be one to make a big run at the postseason. Others looking to contribute this season include: Renee Bell, Quinncy Vestal, Callie Cornelison and Kendra Nail.

Lowery is hopeful with the combination of pre-season work, seasoned athletes and new talent, the team can make a heads turn and the crowd roar.

“We have a great group this season and looks like we will be very competitive in almost all events we do this season,” said Lowery.