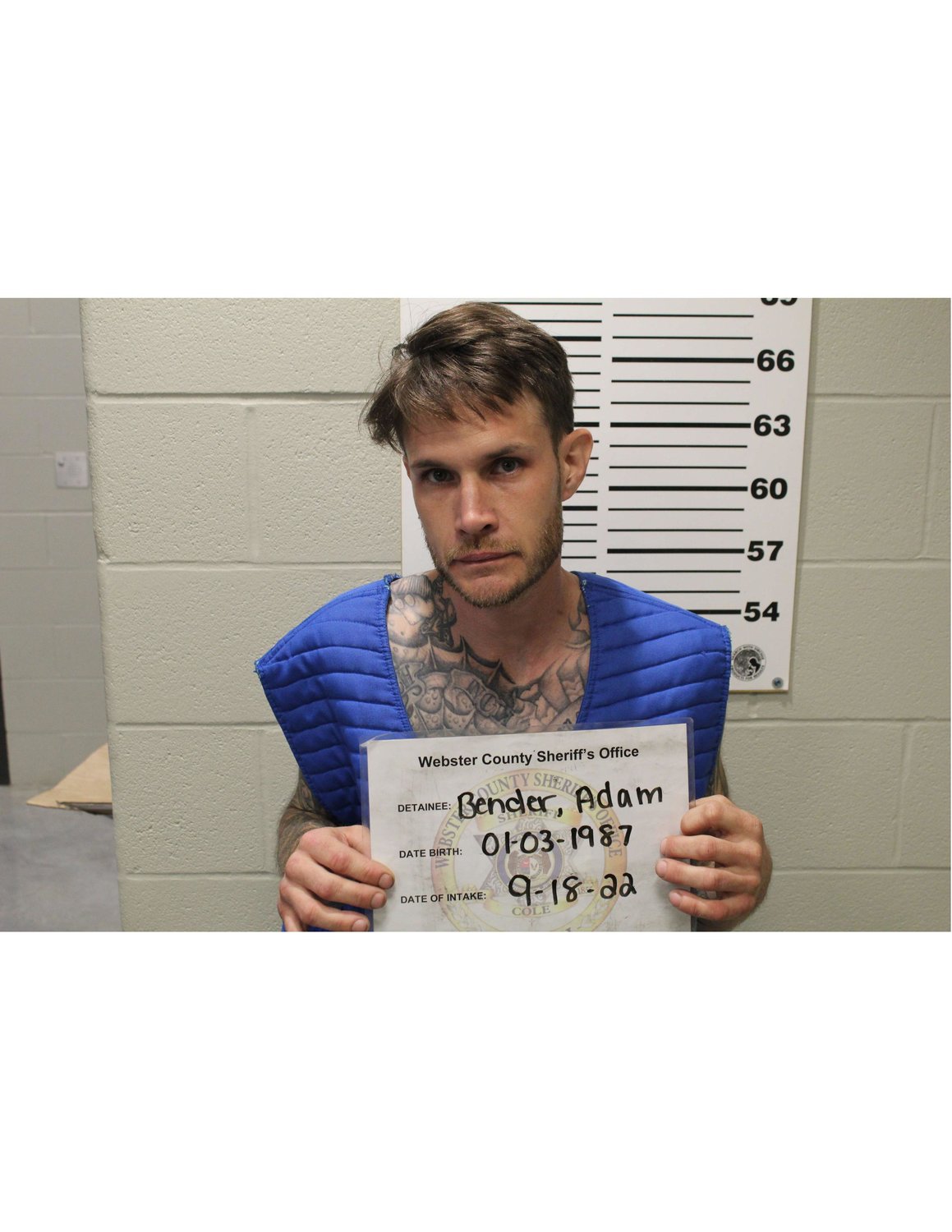 Adam Michael Bender, of French Village, MO, is facing multiple charges after an incident off Interstate 44 in the late hours of Sunday, Sept. 18. Officers responded to a 911 call where a victim was found on the roadside, unsettled and left stranded along the interstate.

The victim reported to Deputy B. Dudding of the Webster County Sheriff's Office that they and Bender were returning to St. Louis and got into an argument. Bender accused the victim of stealing from him. Bender then told the victim they would be dropped off at the next overpass. The victim attempted to reason with Bender, but at the 96-mile marker of I-44, he would then pull over and pull a handgun out. With a finger on the trigger and pointed at the victim's head, Bender ordered the victim to get out. Fearful for their life, the victim exited the vehicle, and Bender drove off.

Shortly after leaving, the victim called authorities. State troopers were able to locate and stop Bender's vehicle, where they did find a handgun matching the victim’s description. Deputy Dudding completed a criminal background check on Bender, where Dudding discovered Bender had committed two prior felonies. One for the sale of controlled substances in 2011 and another for forgery in 2017. Both times, Bender had pleaded guilty. Bender was also convicted of assault in the third degree in 2005. A felon in the state of Missouri is not allowed to own, purchase, or possess firearms.

Bender has been charged with a Class D felony of unlawful possession of a concealed firearm, a felony of armed criminal action, and a Class A misdemeanor of domestic assault in the fourth degree. Each charge carries its range of punishment. For example, a Class D Felony includes serving at the Missouri Department of Corrections, running from three to ten years, a fee of up to ten thousand dollars, or both. For the Felony of Armed Criminal Action, it is serving time in the Missouri Department of Corrections for up to three years with no parole. While Class A misdemeanor has serving jail time for up to one year, a fine of up to two thousand dollars, or both.

Bender has a $100,000 warrant for his arrest. If you know his whereabouts, please contact law enforcement.