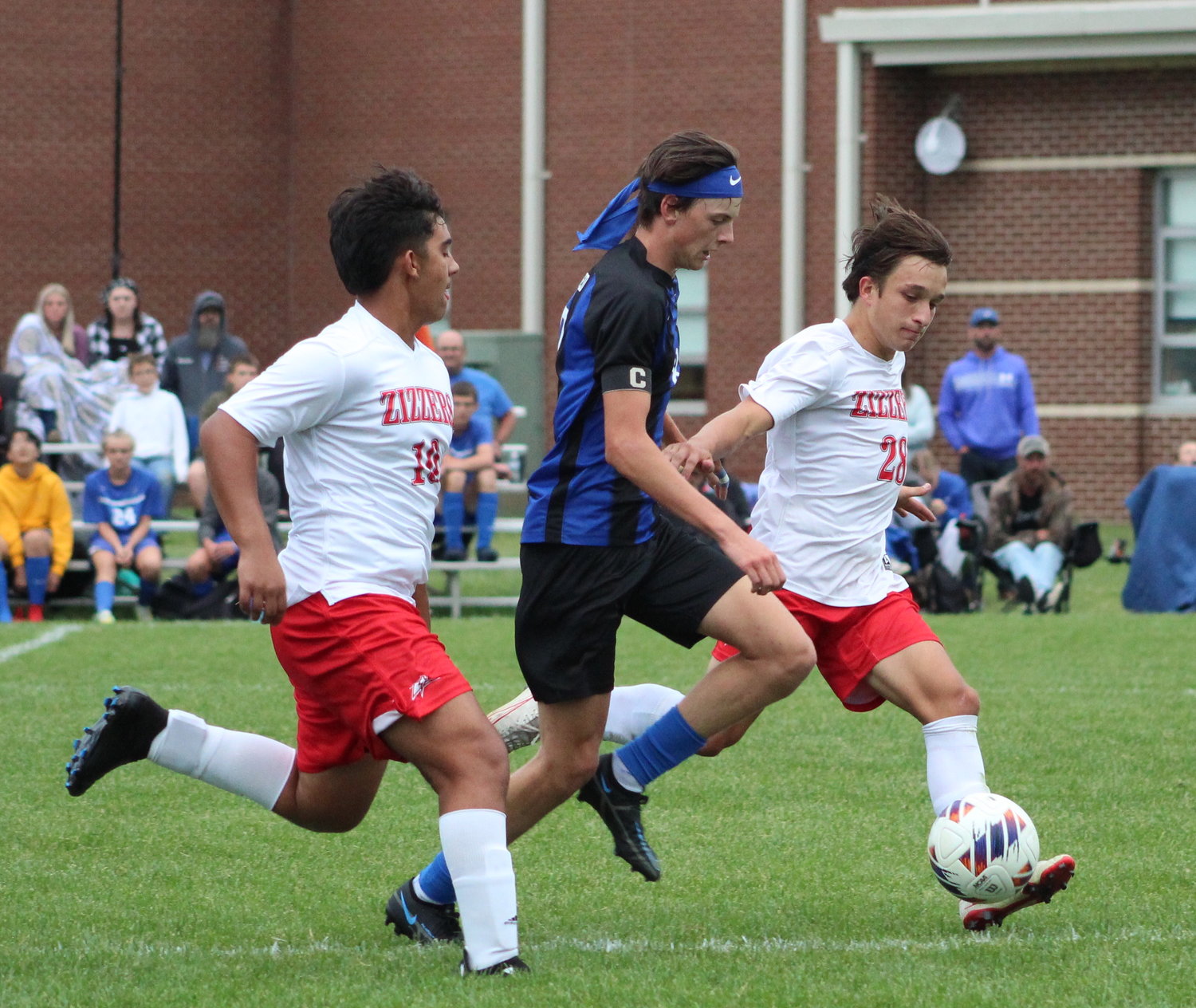 Hoping to score for the Bluejays is Senior #8 Asher Adams as he zips past the West Plains Zizzers.
Mail Photo by John “J.T.” Jones. 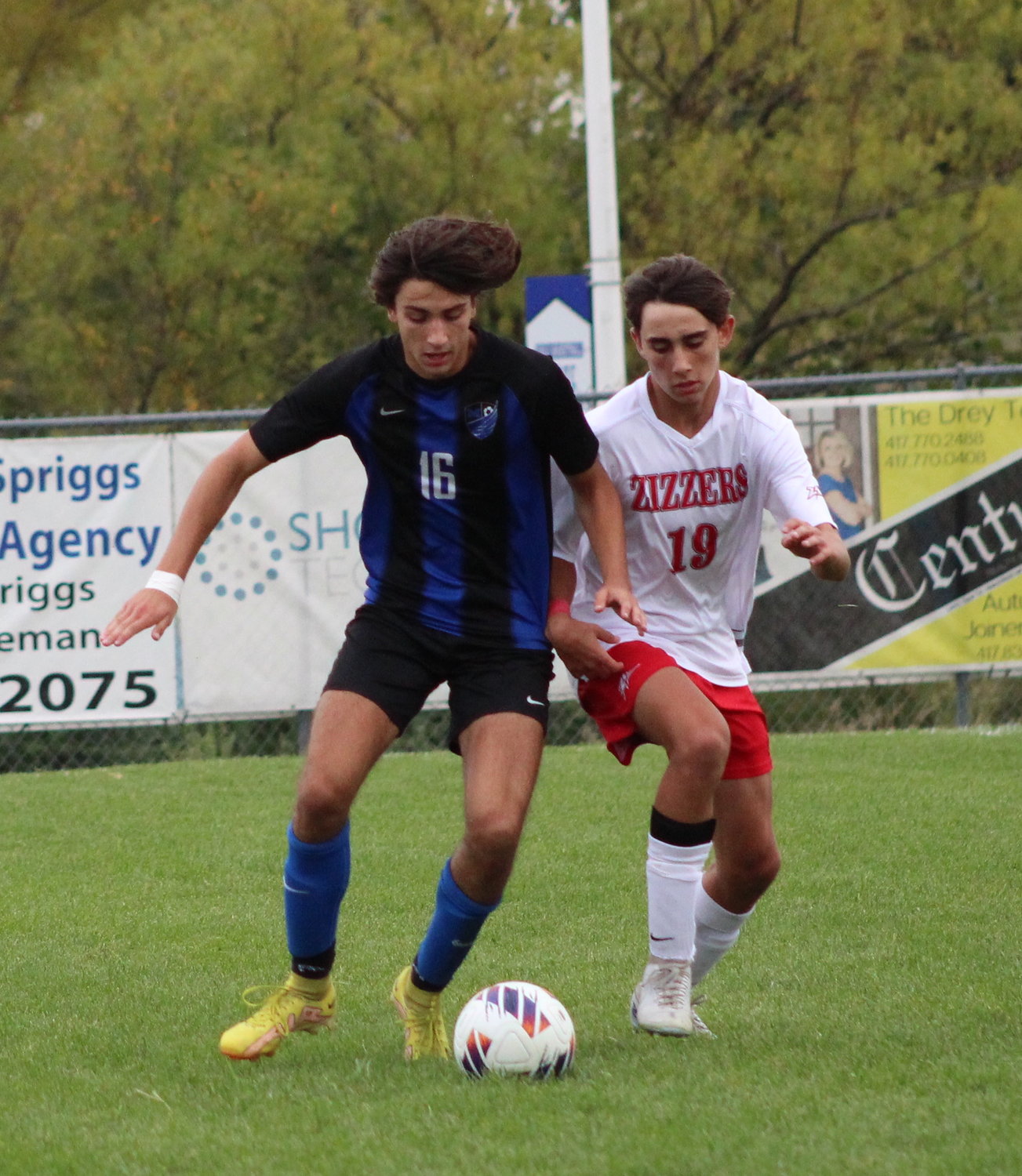 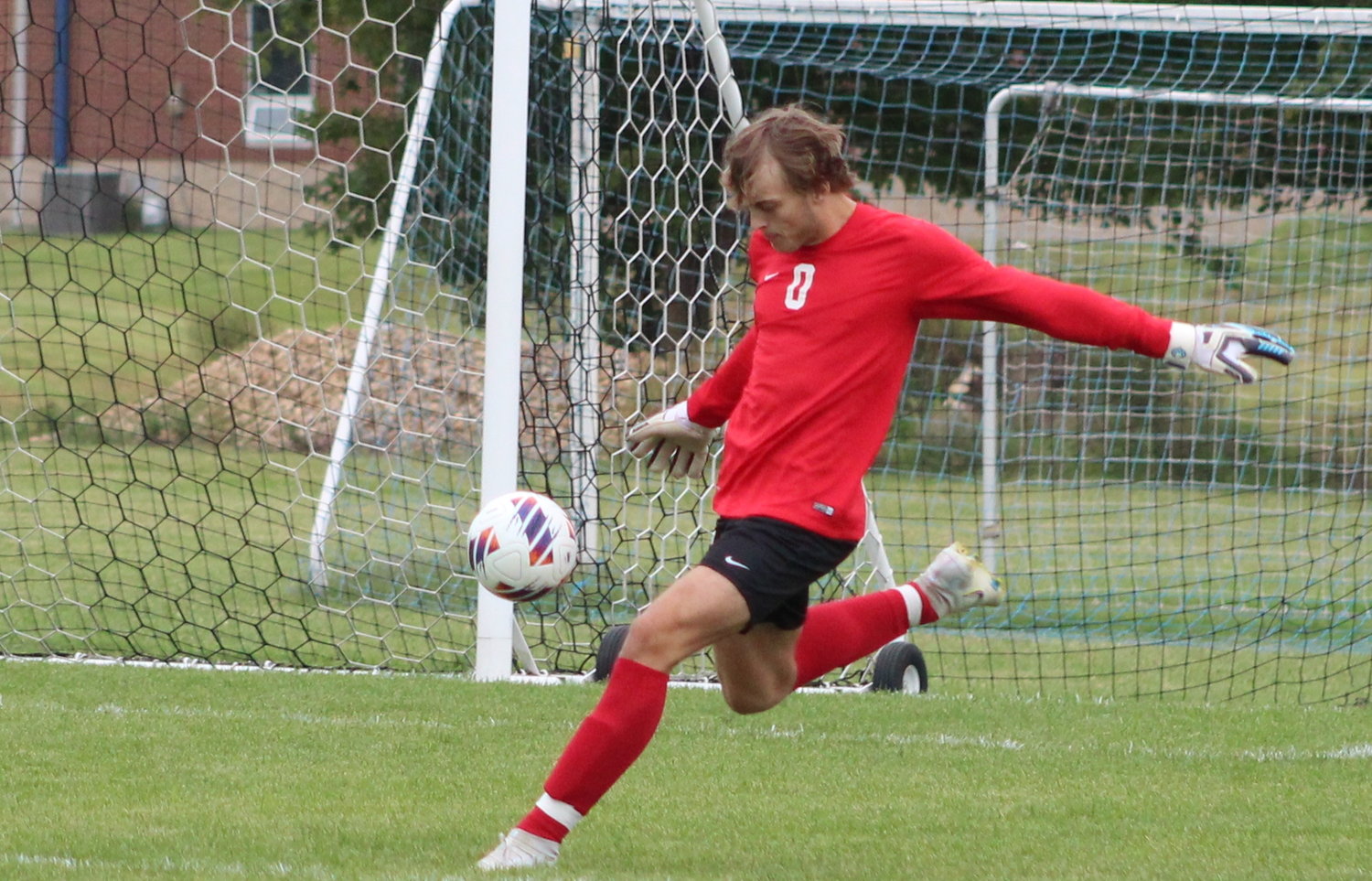 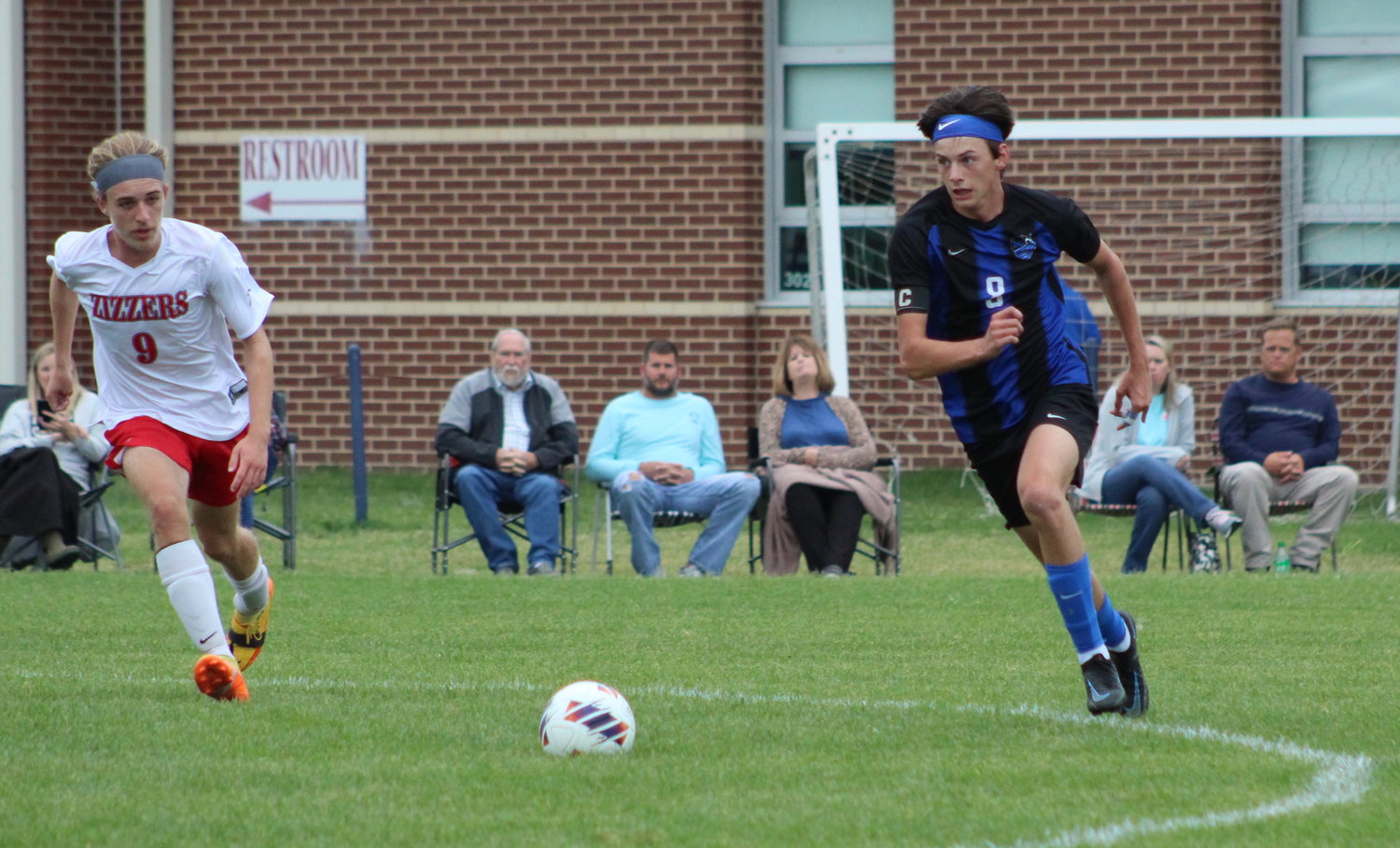 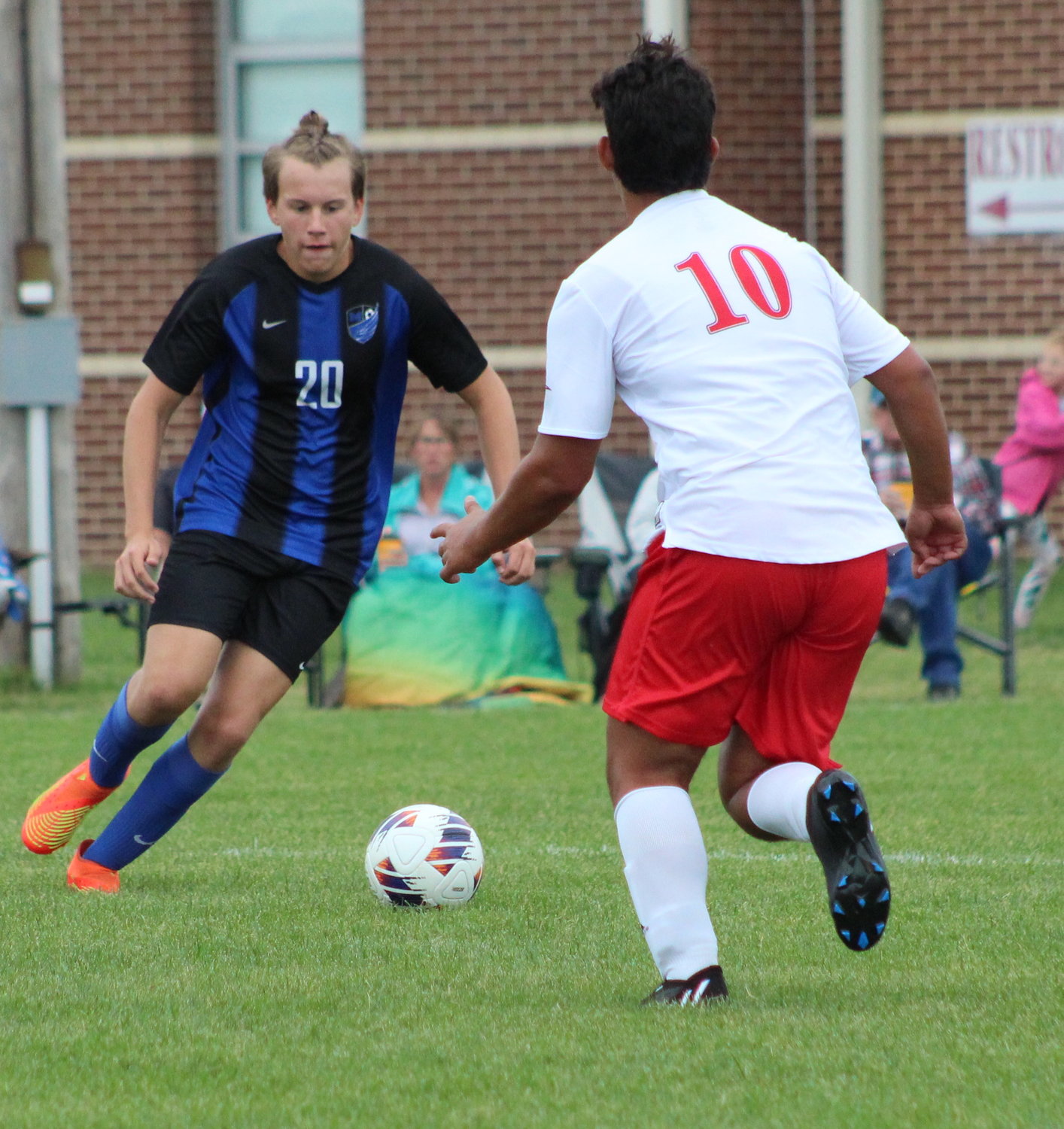 On Sept 22, the Marshfield Bluejays boys soccer team faced off against the West Plains Zizzers. The autumn winds were coming in, but both teams were unaffected as their desire to win kept them warm against the chilling breeze.

The first quarter saw both teams dash, or some might say dance across the field. #3 Connor Bixler would score the game's first goal for the Bluejays. Shortly after, the Jays would end up scoring again courtesy of #8 Asher Adams with an assist from #19 Kannon Cordova. However, the Zizzers would retaliate and end the quarter with their own goal; Marshfield 2, West Plains 1.

The second quarter appeared to be off to a good start as Marshfield’s defense halted the Ziizzers multiple attempts to score. A close call would come in at 29 minutes left on the clock as the Zizzers attempted a goal but overshoot. A controversial penalty would be called against the Bluejays resulting in the Zizzers receiving a penalty kick, resulting in a goal. From there, the game would really heat up, which included a break up between players, and referees. The second quarter would end in a tie 2 -2, resulting in the game going into overtime.

Overtime would results in an equal match of speed, skill, and multiple attempts to score, resulting in a second overtime. The second overtime saw another “hot” performance. With only 13 seconds left, the West Plains Zizzers would score the game-winning goal leaving the Bluejays in the cold.

Learn as you work!

School is back in session