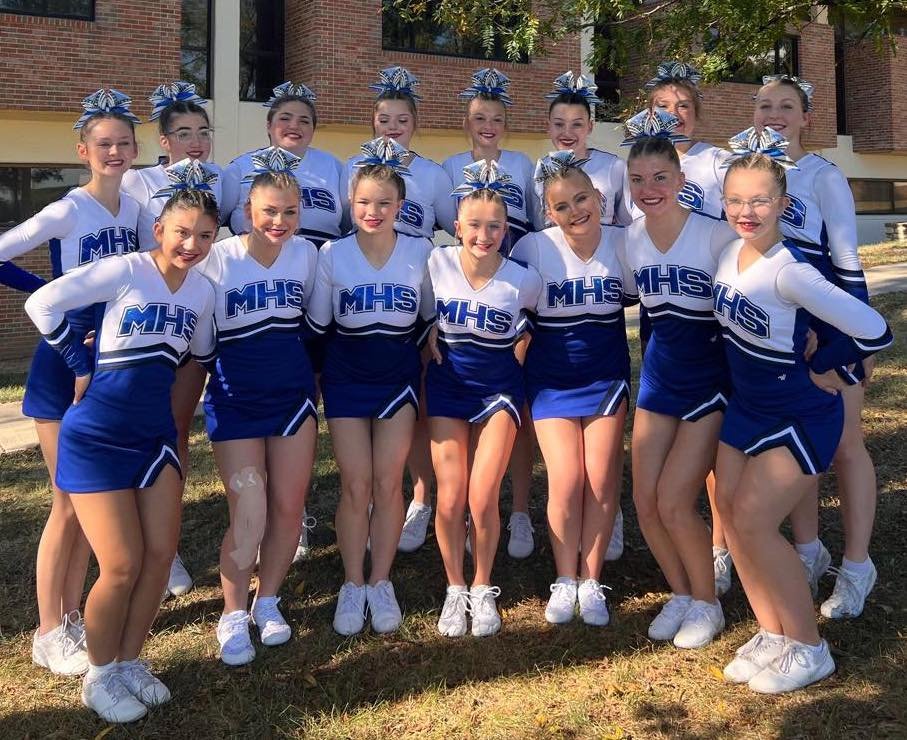 The squad will not have any competitions between now and state but will resume performances at football games and other school activities. “…We will try to go back to part of our original routine, but we’ll have to have more difficult stunts and more tumbling to get us ready to compete for state,” shared variety cheer head coach Cristy Steward.
Photo contributed by Austyn McAnarney by Ashleigh Matney
Posted Wednesday, September 28, 2022 12:00 am
By Amber Brand amberb@marshfieldmail.com

“We placed second in the 3A small division,” shared head coach Cristy Stewart.

The team worked very hard for the win.

“A week ago we had to make a lot of adjustments. One of our cheerleaders, a varsity, wasn’t able to perform. We moved a JV girl up,” reflected Stewart. “We had to re-work stunts. We had to re-work formations.”

The team practiced twice a day for a week to adjust to the changes.

“We were meeting at 5:45 a.m. to 7a.m. Then we were meeting after school. They practiced last Sunday and Monday,” shared Stewart. “I’m thankful to the girls for their hard work, their parents for getting them to early practices and the school system because they support the cheer program.”

The hard work paid off and the cheer squad not only walked away with second place but also received a bid to state competition in December.