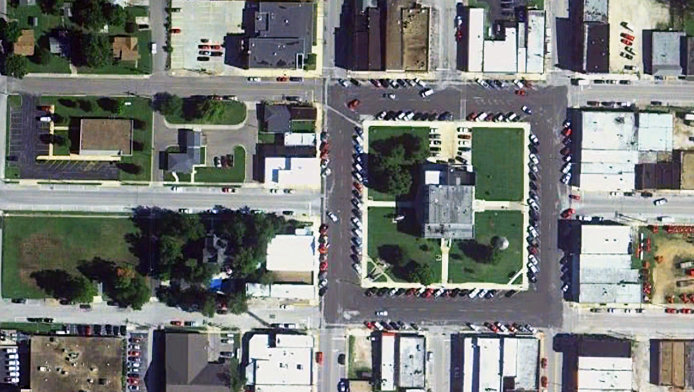 On Thursday, May 26, the Marshfield Board of Alderman and City officials gathered to decide and discuss a number of potential improvements for the city.

Marc Baker, the Parks Activity Director, commented on the exciting things happening for the Parks, including a group of local citizens advocating for a skatepark.

“The next Park and Rec's meeting on June 7, we will have Chris Hertz and the newly formed Marshfield Action Sports Syndicate (MASS) present,” said Baker. “They (MASS) are pushing for some things they’d like to see: a skatepark and a pump track.”

The parks additionally has hired over 60 people to work at the Dr. Tommy Macdonnell Aquatic Center, which recently opened this past weekend, for lifeguards and swim team coaches. The city also hired concession stand workers and umpires.

According to Baker, the umpires will keep busy this summer, due to the fact that over 350 participants signed up for youth ball - the highest number ever recorded by the city. In addition to the various programs up and running, the Park and Rec’s website is close to launching, possibly online as soon as September.

The City discussed its ARPA (American Rescue Plan Act) application and potential plans for developing and improving the City’s waste-water treatment plant. If the city is awarded the grant, it could receive up to $5 million dollars.

“If we are fortunate enough to get awarded, then I think that it’ll be a fantastic approach for not only development in the area, but for our plants as well,” shared Sam Rost, City Administrator.

A recent TEAP (Traffic Engineering Assistance Program) survey conducted by Great River Engineering (GRE) which analyzed Elm Street, Hubble Drive, Pine Street and Marshall Road, has indicated that the speed limits for those roads should increase to 35 miles per hour(mph). The city’s current code states the speed limit will be 30 mph unless otherwise posted. Additionally, the new CC corridor is currently set to 40 mph, however, the GRE determined that 55 mph was a more appropriate speed for the area. MODOT is currently working with the city on these changes.

The board also approved for the city to apply for the TAP (Transportation Alternative Program) grant. According to MODOT’s website, the grant provides opportunities to expand transportation choices and encourage non-traditional transportation projects: on-road and off-road trails for pedestrians, bicyclists and non-motorized forms of transportation, including sidewalks, bicycle infrastructure, pedestrian and bicycle signals, traffic calming techniques, lighting and other safety-related infrastructure.

If a recipient of the funds, the city would plan to connect the new trail-way system near the CC Corridor to sidewalks along N. Elm St. and Julian St. Property owners within that area and the public are encouraged to attend a public forum scheduled for June 16, discussing the possibility of installing sidewalks and other transportation alternatives

“There will be exhibits set up and Elm St. will be highlighted and Julian St. will be highlighted. The exhibit will show existing sidewalks, feature conceptual sidewalks... People will be given comment cards and an opportunity to give their feedback, their questions or concerns. But the reality is, we acknowledge there's a lot of foot traffic that goes from the school to Rockwood Family Dental. Pedestrians are walking in the street or jogging that corridor,” explained Rost. “By us acknowledging that, I think that we have an obligation to try to do something.”

The evening also included the appointing of Officer Michael Seery, local liquor license renewals and the approval of a final plat and approval of building size for Scott and Jennifer Perkins of Marshfield. The next Marshfield Alderman meeting is scheduled for June 9 at 6:30 p.m. at City Hall on 798 S. Marshall St.