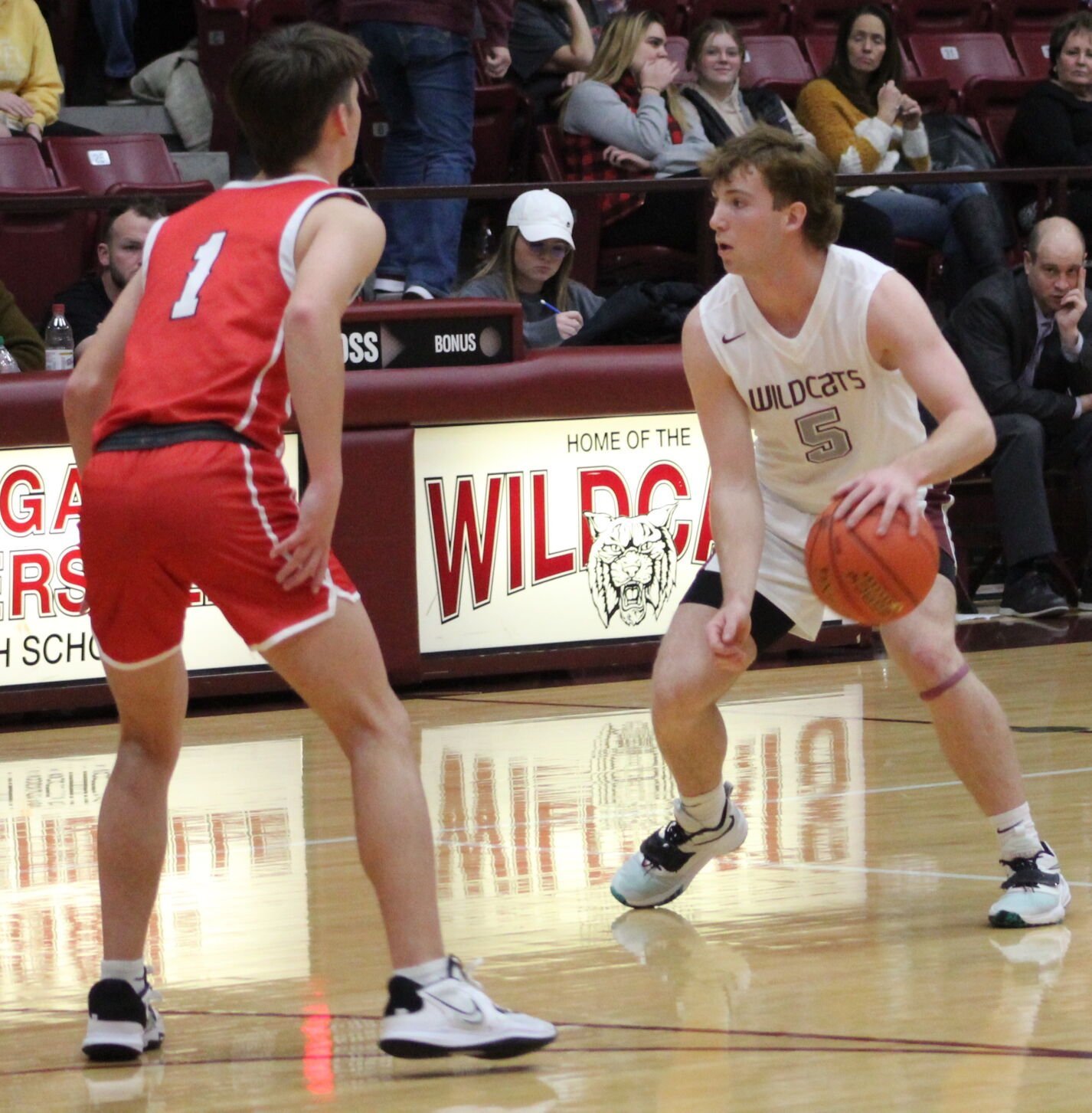 Junior #5 Ross Lawrence looks for an opportunity to pass or score. During the same game Lawerence would make two assists.  Mail Photo by John "J.T." Jones 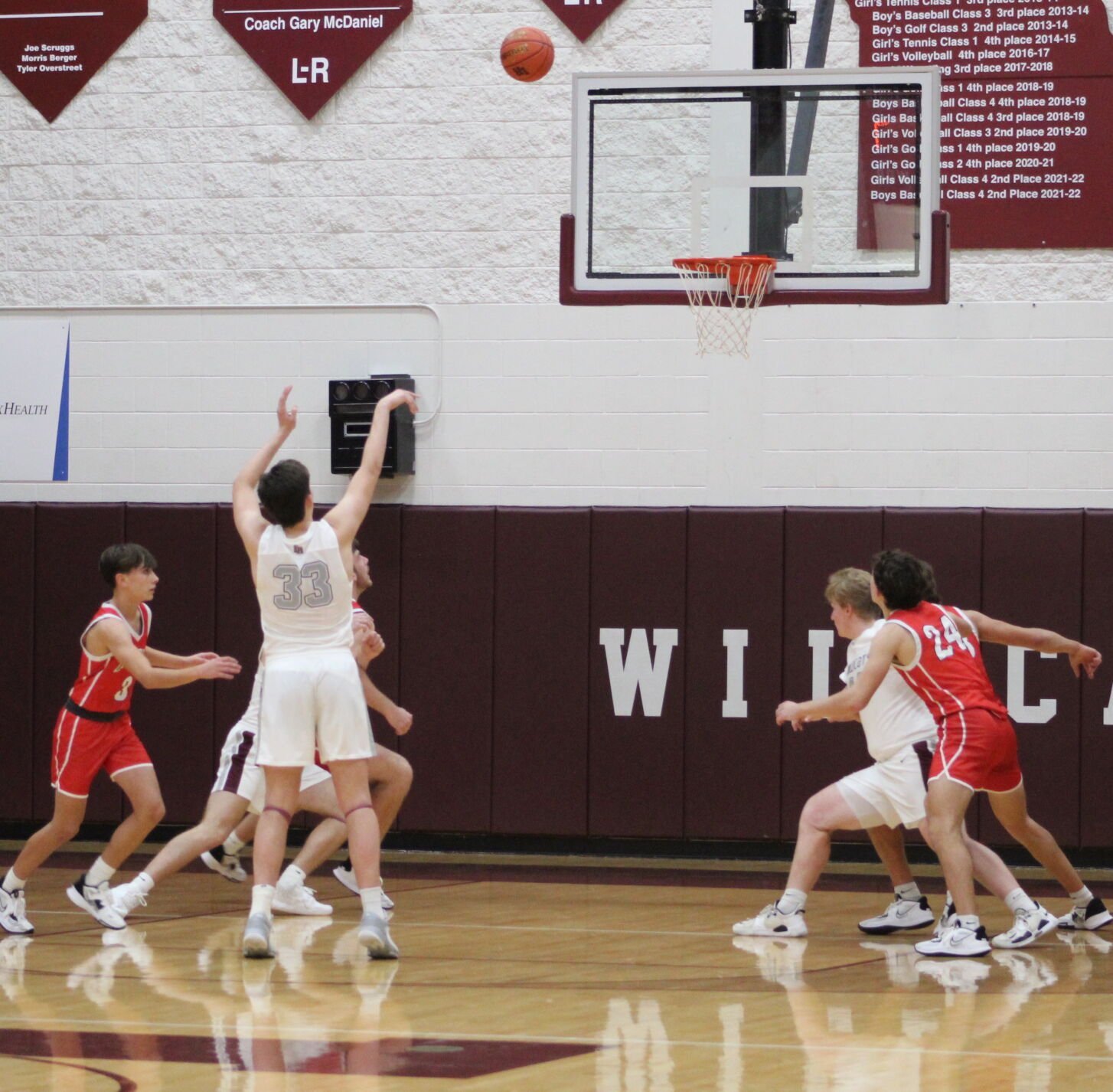 Nothing but net! Senior #33 Curry Sutherland makes one of his four 2-point shots against West Plains. Sutherland would also have four assists. Mail Photo by John "J.T." Jones 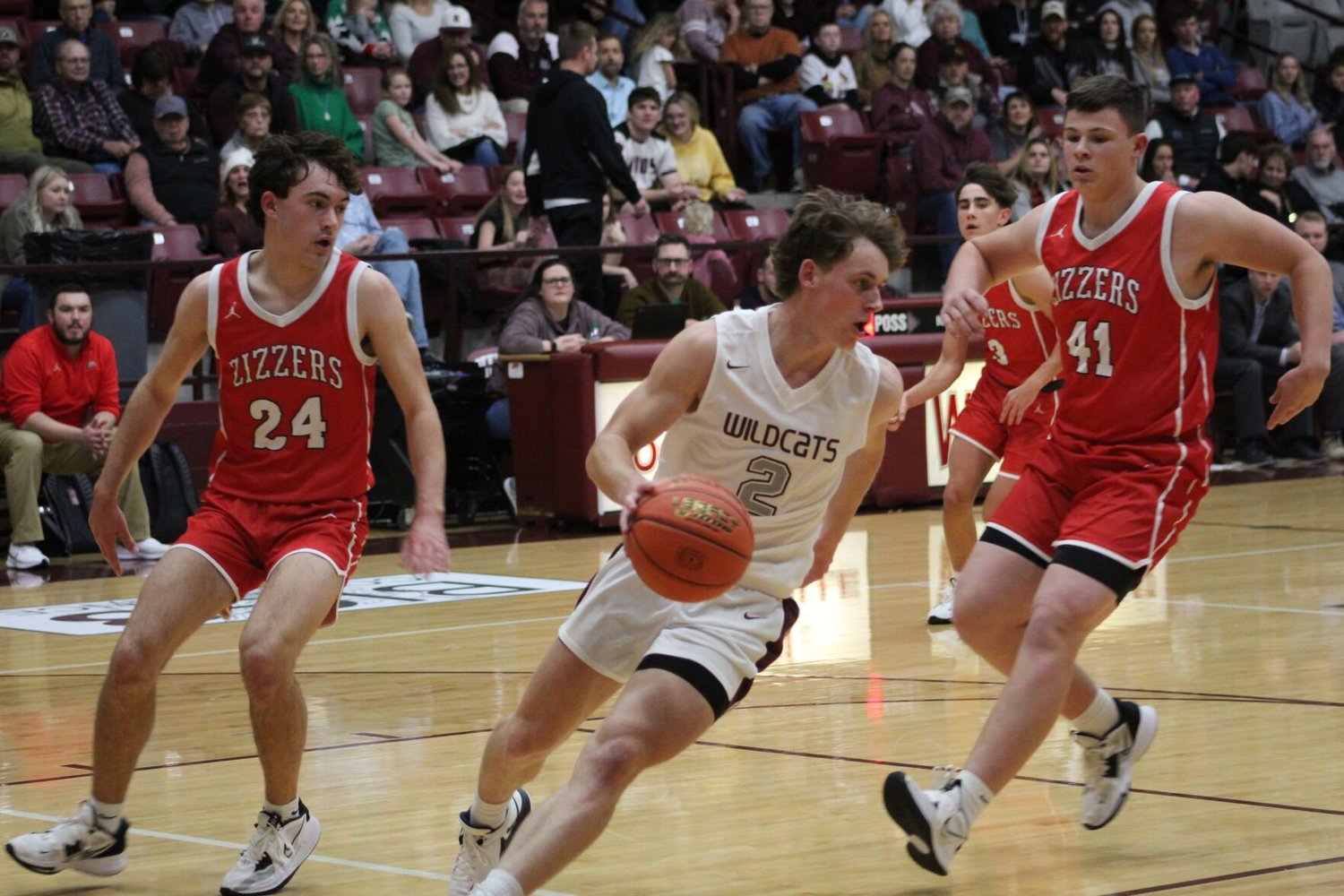 Dashing and weaving through the West Plains Zizzers' defence is Junior #2 Stewart McDonald. He would score a total of eight points and have three assists. Mail Photo by John "J.T." Jones 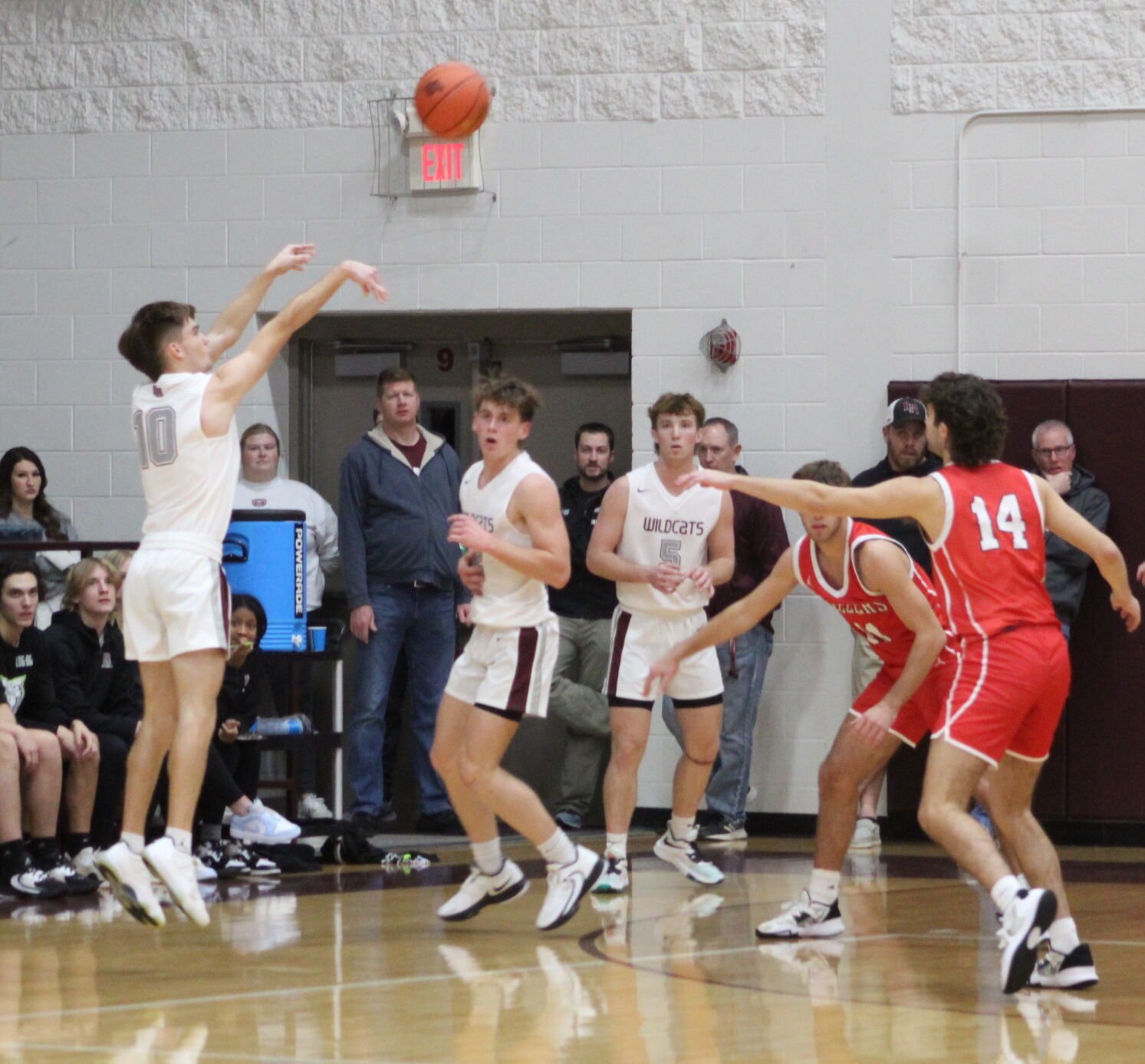 Making his shots count is Senior #10 Hayden Sircy. He would make a total of five points, one assist and one turnover against West Plains on Friday, Dec 16. Mail Photo by John "J.T." Jones
Previous Next
Posted Wednesday, December 21, 2022 2:00 am
By John “J.T.” Jones johnj@marshfieldmail.com

On Friday, Dec 16, the Logan-Rogersville Wildcats took on the West Plains Zizzers. Both teams had a burning passion for winning on that cold night, but only one would win. So, whose fire burned brighter?

After four quarters of dashing, dodging, jumping, shooting hoops, and sounds of pep bands and cheers, the game was a close call to the bitter end. Still, thanks to #23 Curry Sutherland and #5 Ross Lawrence scoring six free throw shots, the Wildcats secured their sixth win against West Plains with a final score of 51-47.

“We knew it was going to be a battle. West Plains has a tremendous size in athleticism and strength. They play a kind of matchup zone that we play, so it was a battle of who could survive, be tough and make some shots,” shared Head Coach for the L-R Varsity Boys, John Schaefer, after the game.

The stats from the game are as follows: