Welcome to the Block party

Rising country star to take the stage in Springfield 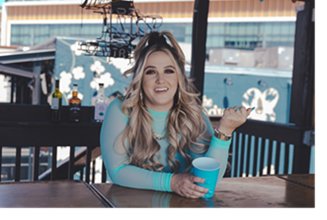 Welcome to the Block Party! Priscilla Block will make stops on her first headlining tour in Springfield and Columbia this week.
Posted Tuesday, April 12, 2022 2:44 pm
By Shelby Atkison shelbya@marshfieldmail.com

Priscilla Block hit the scene hard in 2020 when her self-love track titled “Thick Thighs” reached viral status on TikTok, launching her career in country music. Block released “Just About Over You” as a single in October of that year which saw immediate success through streaming and social sites and helped land her a record deal.

Recently, she was nominated for her first ACM Award for “New Female Artist of the Year” and hosted the official red carpet speaking to Country music stars like Mickey Guyton, Brothers Osbourne, Carly Pearce, Lily Rose, and even the legendary Dolly Parton. Next up, Priscilla can be seen performing at the CMT Awards where she is also nominated for “Breakthrough Video of the Year.”

This week, she’ll make a few stops in the Show-Me State. The Welcome to the Block Party Tour will land in Springfield and Columbia, Mo on April 13 and 14.

“It’s been an absolute unbelievable year, two years really…” Block reflected. “It's kind of crazy to think that I'm going on two years since I signed my record deal. I grew up watching these award shows and just dreaming… it’s all been a dream and the fact that it’s coming to life is really, really awesome.”

Block took the stage for her first ever awards show performance as part of the 2022 CMT Awards on April 11, performing her latest hit, “My Bar”. According to Block, she penned the song years before she ever signed a record deal.

“‘My Bar’ is one of my favorite songs that I've ever written… and I knew when I wrote it, that it was really special,” she explained. “I feel like it's the anthem that everybody kind of needs. Everyone's got their bar, they've got their spot that they go to and at the end of the day people know that's their place.”

“My Bar” is making it’s way through country music airwaves, currently sitting at No. 43.

“It is mind blowing to me,” she explained. “We're moving up like it feels like every week and I can’t wait to see where it goes. So yeah, it's it's a really special song to me. I think that there's just such an anthem feel with this song.”

Currently, Block is taking her spin on “three chords and the truth” cross-country with her first headlining tour. The Block Party makes a stop in Springfield Thursday, April 14 at the Outland Ballroom.

“I spent a lot of last year opening up for people and playing at a lot of fairs and festivals. That's awesome and so much fun… But you really don't get to give like the fans everything,” she said on opening up for acts such as Dierks Bentley, Jon Pardi, Kelsea Ballerini, Ashley McBryde and Rodney Atkins. “But it's been so extra special to go out and bring the album “Welcome to the Block Party”, which I released not long ago, to a live stage and let the fans see it in real time… I feel like I'm getting to really love on the fans that have made this happen for me and that is everything to me.”

Surpassing more than 305 million digital streams and counting, her new album has been well-received. “Welcome to the Block Party” features 11 tracks, seven of which mention a bar or bartender. Block is credited on each track on her album and has a deep connection to each of them.

“I wrote my first song at like, 15. I mean, I remember that day and it was like I was immediately hooked,” she elaborated. “You mean to tell me I could maybe do this as a career? I had my sights set on Nashville… so as soon as I could get there, I did.”

As a Raleigh, North Carolina native, Block grew up like the everyday, average teenage American. She graduated from Leesville High School and made the move to Nashville. Her parents were supportive of her endeavors and constantly told her that she could do whatever she wanted in this world, which is what she attributes a lot of her confidence to.

“My parents were always like, ‘If it’s available to you, go and do it and make it happen. A lot of people think that I'm just this competent girl and that I was just born that way, but that's not necessarily the case,” she said. “I struggled with my body for so long. The high school days of just not feeling like I was enough… there was just so many insecurities that started so young. I feel like moving out to Nashville was what made me feel competent, because I was finally doing something for me and nobody else and I think the body positivity kind of came with that.”

Early in the pandemic, Block struggled to make ends meet after losing both her job and apartment. Unable to get out and play in person due to COVID-19, that’s when she began to experiment on TikTok with her self-love anthem, “Thick Thighs”. Fans rallied together to independently fund the recording which has since peaked both the iTunes Country and All-Genre song charts, named one of The New York Times Best Songs of 2020 and recently reached Top 15 on country radio.

“The response that I got from people being like, holy crap, like I feel heard… that gives me even more confidence to know that I can be who I am and whether I'm singing about some dude that broke my heart or gaining weight… that's what I want to keep doing for my fans and giving that that realness and vulnerability.”

Block credits her sudden climb in county music to TikTok and her fans. Yet the budding star says she’s scarcely changed who she is and she wants fans to know she has no plans to do so.

“It sounds cliché to say but I’m your everyday girl,” she laughed as she exemplified her authenticity. “I’m literally sitting in my car right now in a towel. I just got out of the shower. But I'm out here because my dogs are barking inside… I’m like, your girl that's still navigating her 20’s… Even though I might have songs on the radio, and I might be, you know, an artist or whatever... But I do all the normal [stuff] that everybody does. You know what I mean?”

Remaining true to herself and her music, Block is ready to share her party with the world during her current headlining tour.

I can't wait to see everybody and I am going to put on the best show,” she added. “The best show that hopefully will resonate with each fan. And hopefully, they'll come back.”