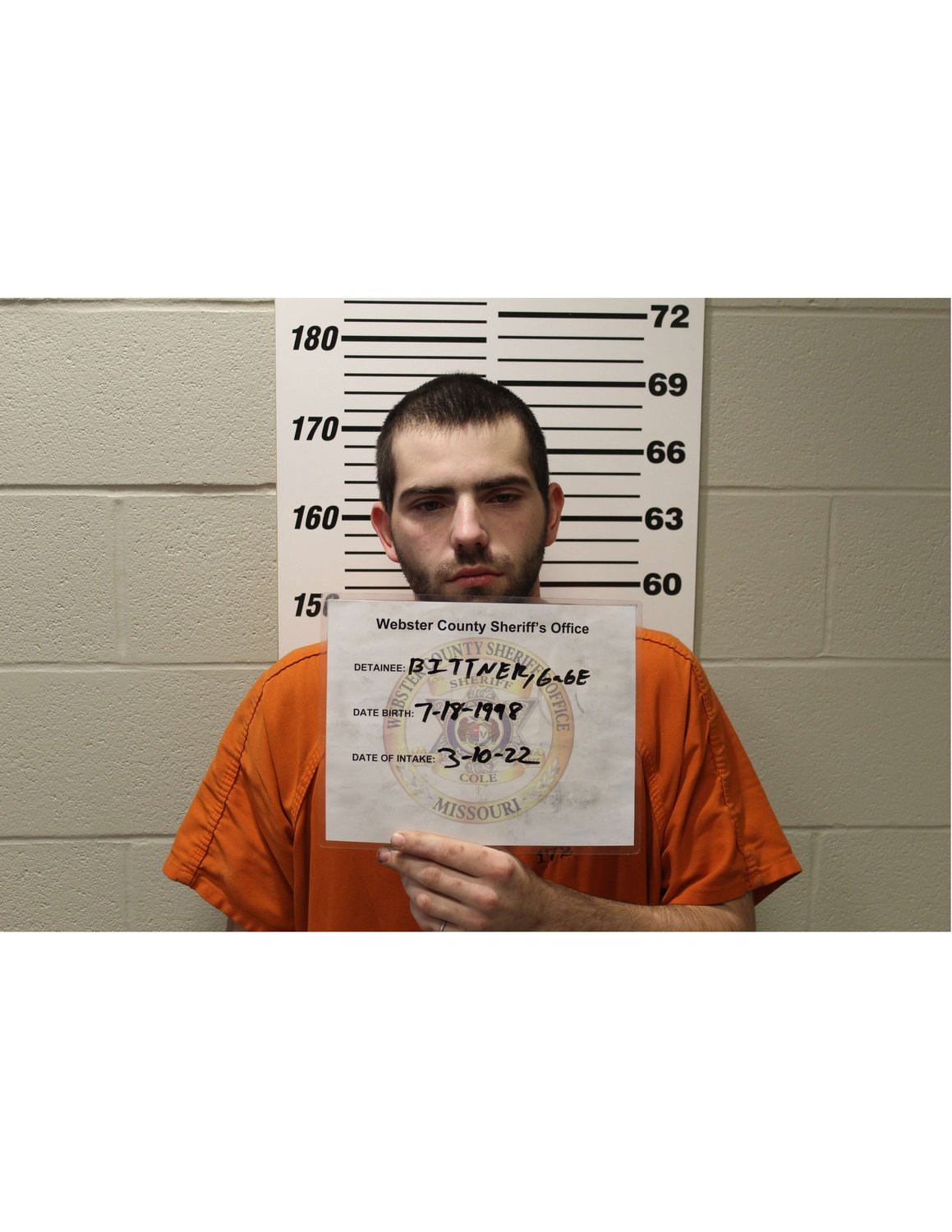 On October 31, 2022 Gage Herbert Bittner of Hartville entered a plea of guilty to the Class E and D felonies of involuntary manslaughter in the 2nd degree and unlawful possession of a firearm. Bittner was sentenced to 6 and 9 years in the Missouri Department of Corrections.

According to a probable cause statement dated March 9, 2022, Missouri State Trooper K.J. Rutledge stated that on that afternoon he interviewed Bittner concerning the death of Jeffrey S. Parsons. During the interview Bittner admitted to shooting Parsons with a .380 caliber handgun three times and then fled the scene.

According to the probably cause statement Bittner told Trooper Rutledge that he threw the murder weapon out the window of a vehicle driven by Terese L. Ireland. The weapon was discovered in the general location described by Bittner.

After the murder Bittner made deliberate attempts to conceal his actions and identity and did not notify law enforcement of what had occurred. On the afternoon of March 9, Webster County Sheriff’s Department responded to a citizen report where they had discovered the body of the deceased-Jeffrey S. Parsons.

Parsons was pronounced dead at the scene as a result of homicide. Officers were able to track and arrest Bittner.

Bittner sentences will run concurrently and he will be given credit for the time served in the Webster County Jail.