So this one time I participated in a German Card Tournament 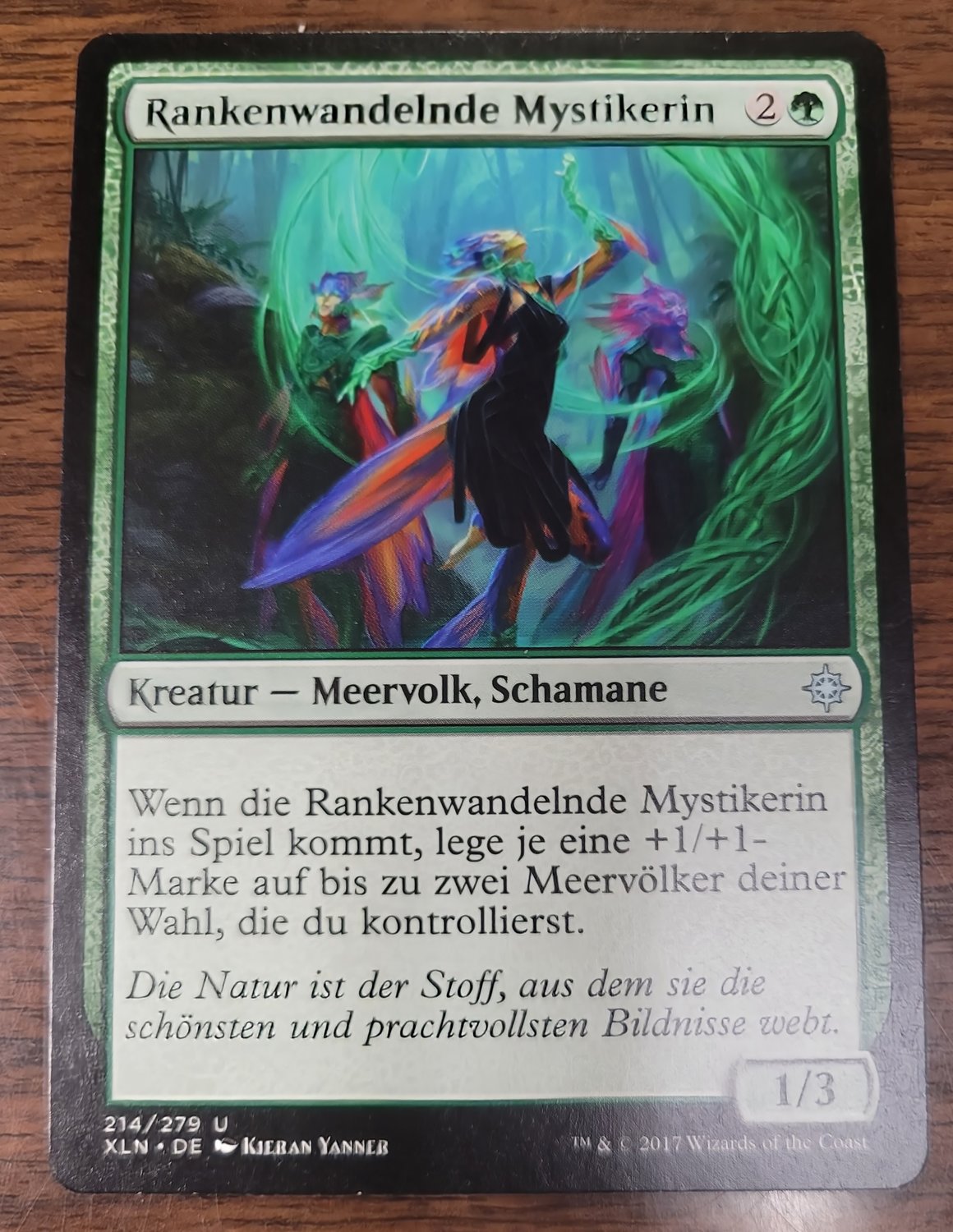 Today’s entertainment piece is a bit different. Instead of me giving you a review, list, or history lesson, I wanted to talk about a recent experience I had. This experience is something I have had on my bucket list, and now I’m happy to cross it off.

Our story started about two weeks ago. I was looking through Facebook and came across a video from The Neverending Gamestore, a local game shop I had visited a few times before. The video was in black and white, and the actors were trying their best to speak German. They were announcing a Magic the Gathering card tournament where all the cards used were in German. The top prize was a whole box of German cards and a prize pool. I saw this video and, at first, chuckled. I remember thinking, ‘This sounds like a silly and ridiculous idea.’

I did not think much of it until a week later. Like an itch that needed to be scratched, I kept thinking about this silly tournament over and over until the idea came to me that I would just simply cover it as a piece for the paper. After talking to Neverending and ensuring it was okay to do so, they asked if I wanted to participate. I had played Magic off and on but did not have any cards to play. I told them that if I had a deck, then maybe I would. The store then told me they would provide the cards. I just had to pay the entry fee and show up.

I thought about this for a bit; after all, I had always wanted to participate in a card tournament. A bonus was that some of my ancestors are German, so this whole thing seemed too good to pass up. So I reached out to Neverending and asked if I could still participate, and they said yes.

Then came that fateful day, Aug 7. I arrived early to pay for the entry and check out the competition… Who was I kidding? I’m so rusty I could be cast as the Tin Man. The staff and the other participants, though, did not treat me poorly. It seemed like they enjoyed having a new person show up and were eager to help. One participant even told me about an app I could download that would translate the cards.

We then took our places. This moment was it; I was finally sitting down and participating in an actual tournament. I was so excited and nervous that I did not talk much at first, but as the tournament went on, I opened up to the other participants. I also asked how the whole match came to be, and two of the participants, one of whom was a former employee, laughed and explained the store got the cards on sale and that what started as a joke turned into what we were all doing that Sunday afternoon.

In total, there were nine participants. We all had to play three rounds, with the winner being the best of the three matches. In my first match, I lost two games in a row. In my second match, I did better and got a win but still lost. Finally, in my final round, I won two to zero. I lost dear readers, but I had so much fun doing it. I got to cross off something I always wanted to do and was surrounded by great people who helped me understand what I was doing but were also very engaging.

I can see why people play these card games. It is not just about the artwork. It is about the fun of making friendships and learning from others.

In short, I had a blast playing Magic again. Also, I got to learn some German, so it was educational too. Because of my fun experience, I might participate in more tournaments in the future. Sorry to my wife, who has to put up with this.