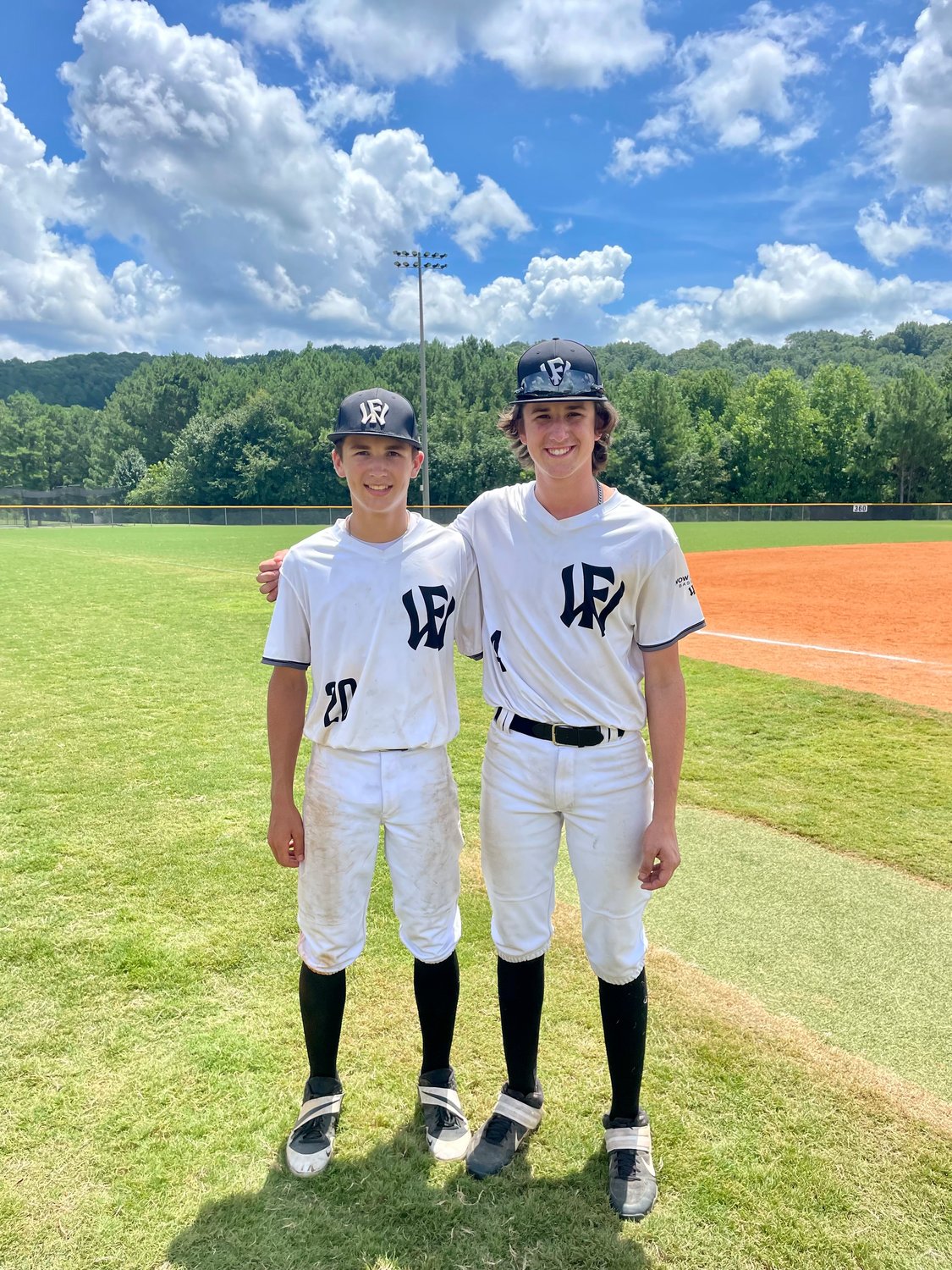 (Left to right) Hunter Fryman and Carson Adams have played baseball together for roughly seven years now, from little league to Wow Factor travel ball, and now playing for the NTIS (National Team Identification Series). The duo not only call each other teammates, but best friends. Unless the Cardinals and Cubs are playing. 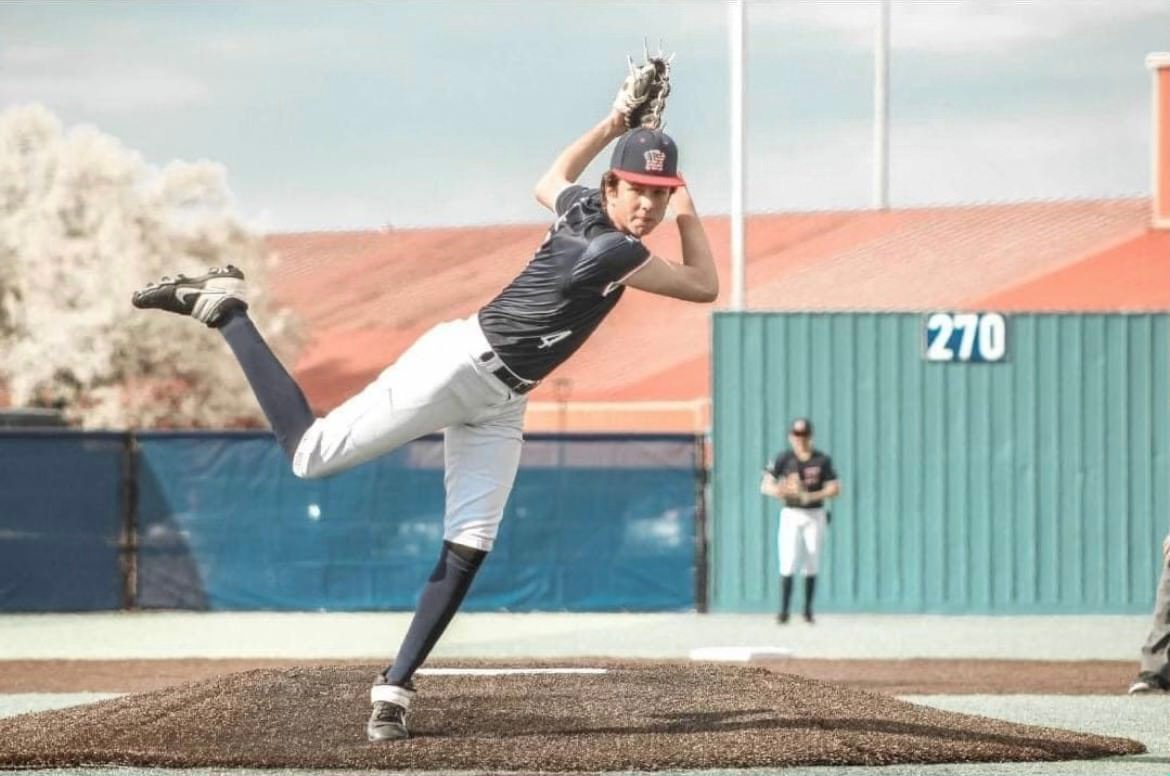 Carson Adams, standing over 6 feet, can be found playing anywhere from third-base to pitcher. Adams' time spent at the USA NTIS Regional tryouts resulting in multiple personal records: 82mph velocity from the mound, 81mph velocity from the infield and an exit velocity with a wood bat at 83mph. 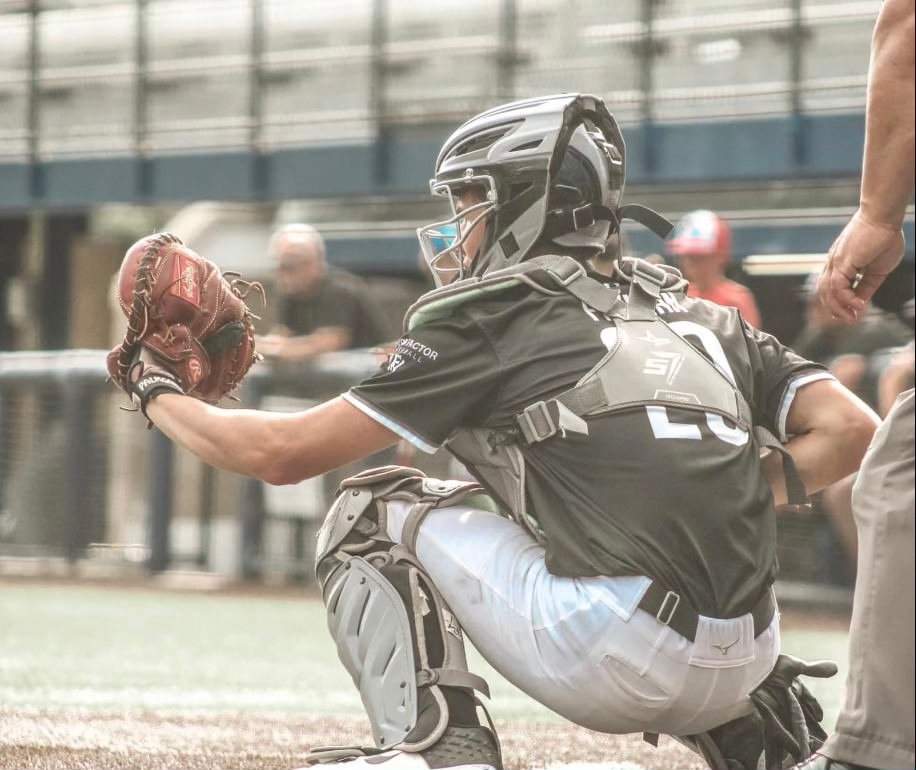 Hunter Fryman is considered a "jack of all trades" settling into any position he steps into and finding success. Most recently, Fryman produced personal bests and impressive stats at the USA NTIS Regional tryouts: an exit velocity with a wood bat at 84mph, velocity from the mound 80mph, velocity from the infield 80mph, catcher pop time of 1.99 with 78 catcher velocity from behind the plate.
Previous Next
Posted Wednesday, August 10, 2022 8:58 am
By Alyssa Andrews alyssaa@marshfieldmail.com

The sharp metal sound of a baseball bat meeting a 80mph pitch. A welcomed ‘thwack’ from the catch of a wickedly fast curveball into a leather mitt. The quick crunch of metal cleats and packed earth meeting together from a determined sprint down the first-base line. The smooth rumble of a dusty slide into home plate.

These scenes are repeated over and over again between Carson Adams and Hunter Fryman, whether in their backyard, a baseball diamond or more recently, a NTIS (National Team Identification Series) Baseball Camp.

The two Marshfield natives have taken to the ball field almost everyday since the age of 7, playing locally and nationally in travel leagues, but most recently on Wow Factor which is nationally recognized as one of the top player development and college placement organizations in the country.

The incoming freshmen have aided in numerous championships and traveled across eight states to play the best ball players the league has to offer. Both Adams and Fryman spend hours fielding, catching, throwing, pitching and hitting baseballs and it appears to have paid off.

“Carson Adams, he’s a righty thrower, lefty swinger about 6’3’’, and really smooth with the glove. Carson can really swing it and he has a really nice fluid swing from the left hand side. Plays a little third, first, outfield and can pitch,” commented Simpson.

“Hunter Fryman is really a ‘jack of all trades’ type of player. A fast runner, he can catch… he is still getting his feet wet behind the plate, but I think that he's eventually going to make his career behind the plate. Hunter also pitches, plays infield, outfield, and swings the bat really well.”

Simpson encouraged the young men to try out for the USA Baseball NTIS.

The NTIS identification process consists of a 3 round system: Local, Regional and Champion Cup. Players from all over the country are taken through a showcase style tryout measuring the player’s overall athleticism, defensive and offensive skill sets, future potential in their primary positions, as well as recording run times, catcher pop times, pitcher velocities, etc.

Although new to the NTIS scene, both Adams and Fryman succeeded at the Local NTIS tryout and were selected to move to the next round, facing even tougher competition. However, the duo proved they were up for the next challenge and produced PR’s throughout the USA NTIS Regional tryout.

“At this last tryout, when these two took the field, there was a presence about them that we had not seen before. A whole different level of confidence,” Ray Fryman, Hunter’s father explained. “We were pretty proud.”

This time, the two would tune into the NTIS’s Selection Show on television to be notified on who was selected to play in the Champions Cup in Cary, NC on Aug.10-14. An 18-man roster was confirmed after evaluating hundreds of players, which included both Adams and Fryman. Not only will the ball players face the best talent in the country, but compete for a spot on the 2022 15-U USA National Team .

When asked what it would mean to earn a spot on the exclusive USA Team, both players agreed it would be the ultimate honor.

“Playing for your country? It doesn’t get any better than that,” smiled Adams.

“It would mean everything to play on Team USA. All that hard work paid off,” Fryman added.

The young athletes headed out on Aug. 9 to Cary NC, the home of USA Baseball, but not before they put in their first practice for the Marshfield High school football team. Athletic to their core, the boys also play football, basketball and work just as hard in the classroom.

And yet it takes a village to make it this far. The Fryman and Adams families have traveled hundreds of miles and have dedicated hours to the sport of baseball to make this dream come true. But not without a little help from the community.

“The boys, and the team, have received tremendous support from the businesses in the community,” Ray explained.

“The businesses actually care and ask questions about our season, which is pretty neat to feel that support,” Adams said.

“It’s really surprising how much they actually do support us, and when you realize it, it’s kind of like ‘wow’, Fryman beams.

Their biggest fans though, appear to be the athlete’s parents, Ray and Stephanie Fryman, and Ron and Amanda Adams.

“We’re (Amanda and Ron) just so excited for them. Carson has worked so hard to get where he’s at and we are excited to see what he can do,” shared Amanda Adams, Carson’s mother. “ No matter what happens, he’s made it this far, and from a small town in Missouri, I think it’s pretty special.”

“These boys are very humble..I’ve never met two kids who put more time and energy into their craft, into getting better,” added Ray. “We couldn’t be more proud of his (Hunter) success. To receive this honor, this opportunity is just a demonstration of his hard work.”

These incoming freshmen are fulfilling an ultimate dream, apparently one of many baseball related dreams. Both Adams and Fryman wouldn’t be opposed to playing in the Major Leagues one day, but for different teams. Adams’ is a St. Louis Cardinals fan, and Fryman is a Chicago Cubs fan. And yet their ultimate dream is not so far out of reach. The NTIS has produced a number of Major League players including Byrce Harper, Manny Machado, Francisco Lindor, and Blake Swihart.

The Champion Cup is set to stream live in Cary, NC for friends, family and fans to watch. Visit USA’s Baseball's Youtube channel to access the games for free.