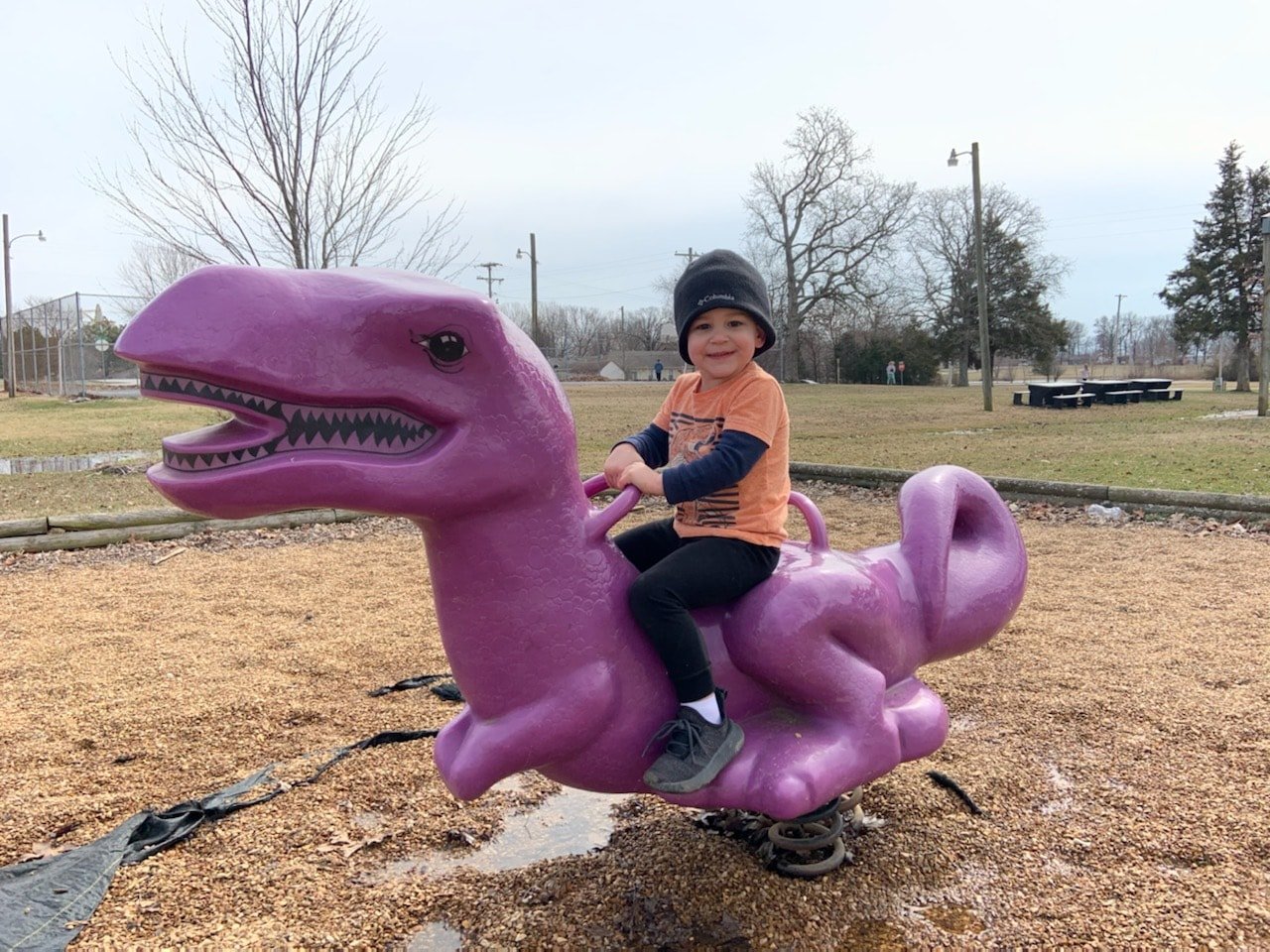 The beloved purple dinosaur that donned the playground at the Rogersville Community Park since the 1990’s has been reported as stolen amid the park’s most recent reconstruction project.

“This is really a devastating blow to our community,” said Lauren Brooke with Rogersville Friends of the Park. “I don’t know if whoever took it really realizes what a hit it is to the community.”

Not only do local kids love the plum dinosaur, it’s estimated to cost at least $1,000 to replace it with a similar piece of equipment. Funds the park didn’t plan on spending.

“The reason it was stolen was because of the current park improvement project that’s taking place,” she said. “They are working now to remove old gravel, add mulch and even a walking trail… the dinosaur was taken out and laid to the side while it’s worked on.”

According to Friends of the Park, construction is expected to be completed within 2-3 weeks. Those with details regarding the disappearance of the playful t-rex should contact the Rogersville Police Department at (417) 753-2324.