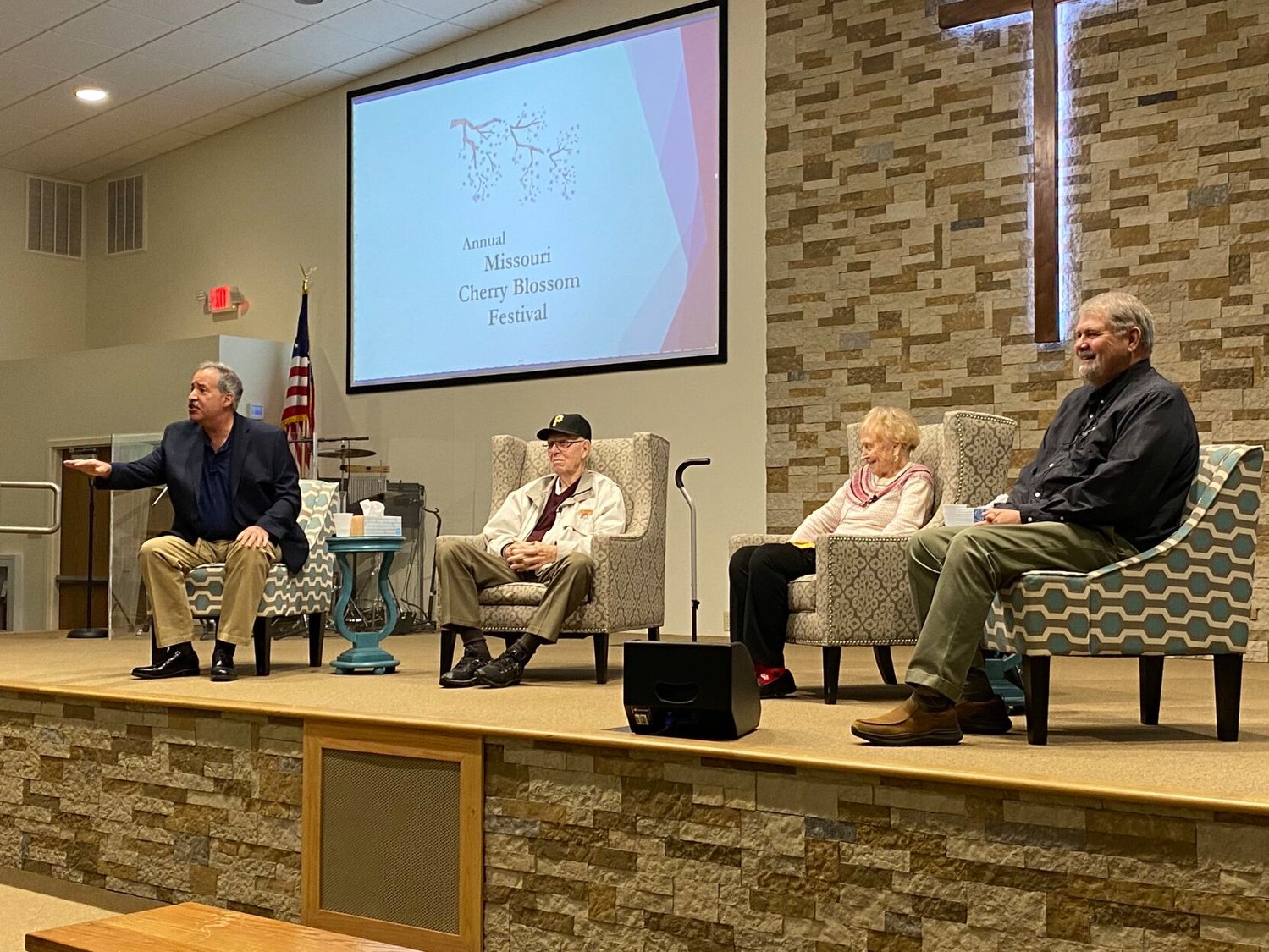 Bill Virdon and his wife, Shirley share stories of how they met and what brought them together as they smiled and joked with Moderator, Tim Pletkovich. Shirley distinctly calls out one of her past students, Bill Walker and credits him along with other students for insisting that the two meet.

Baseball legend and Missouri’s own Bill Virdon, now of Springfield, made his way to Marshfield for the Cherry Blossom Festival and spoke about life and baseball at the Marshfield Assembly of God on Thursday, April 22.

Virdon won NL Rookie of the Year in 1955 with the St. Louis Cardinals before emerging as the unsung star of the 1960 World Series, boosting the Pirates to upset the New York Yankees.

Virdon is a 2x World Series Champion and won the Gold Glove Award in 1962.

He played 12 seasons in major league baseball up until 1968, when he went on to manage the Pirates, Yankees, Astors and the Montreal Expos before retiring from the game.

When asked how it felt to be in Marshfield for the festival, he joked, “Well, it’s good to be anywhere at this point.”

The baseball legend and World Series hero has been immortalized in Missouri sports history with a statue in West Plains, a portion of U.S. Route 63 named “Bill Virdon Boulevard,” and a spot in the Missouri Sports Hall of Fame. On that list, he’s added VIP guest of the Missouri Cherry Blossom Festival in Marshfield.

“Baseball has always been my favorite,” he said. “That’s what kept me going all my life. I’ve been very fortunate.”

A live broadcast recording of Virdon’s speech can be found by searching the Missouri Cherry Blossom Festival in Marshfield on Facebook.