Misplaced hate for the homeless 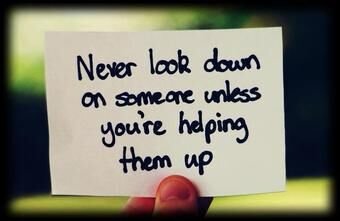 judge not lest ye be judged
Posted Wednesday, April 28, 2021 4:00 am
By Shelby Atkison shelbya@marshfieldmail.com

For the past several weeks, I’ve noticed more of a narrative about homeless people and their presence in Marshfield, especially on good old Facebook.

Whether you’ve noticed it or not, there is a homeless population in Marshfield, and if I had to guess, it’s not going to change anytime soon. Everywhere you look, there are jobs hiring so why are they homeless, you may ask?

There’s been a time in my life where I had graduated from college, hit a rough spot and would have been one wrong move away from homelessness, had it not been for the support of my family through that few months of uncertainty.

Couple that with the lack of income with various environmental stressors and you can begin to realize why homelessness isn’t something people can just get out of without assistance.

A homeless person has to think about how they’re going to feed themselves, where they’re going to find shelter from extreme weather and who to even make eye contact with on the street, as there are a large number of folks who seem to hate homeless people for the simple fact that they’re homeless.

It’s not as easy as just applying for a job. Many homeless people don’t have basic identification needed to apply for a job, let alone any sort of government assistance.

The small things such as washing your clothes, taking a shower or bath, or getting a haircut are not as easy as it is for someone with a stable home life.

I think it’s easy for us to forget how much weight our words carry when we’re hiding behind cellphone or computer keyboards. The thing we should remember is that there is more than one homeless person in town.

I know this for a fact because I see multiple teenage squatters every day. Do we, as a town, wait for them to graduate before we start looking down on them for being “unproductive” members of society?

Most homeless people in our area will not even ask for money. You rarely see a panhandler in Marshfield, even at the overpass off I-44. When offering assistance, I usually do so in the form of a prayer, kind words, warm smiles and offer to buy a meal. Just the simple act of fellowship can change someone's life, drastically.

My mom and dad always told me to be nice to people, to love others as I would love myself. Which is something that seems to be forgotten easily when it comes to those who are less fortunate.

Ironically, these are the people we should be treating with kindness, as we never know what their stories are. My dad gets the honor of answering my phone calls when I’m broken and sobbing over the mistreatment of people, any people. I don’t think I’ll ever understand the mindset of being better than any other human being.

However, his answer to the haters is always the same, and originated a couple thousand years ago. Our Savior said:

“Let he who is without sin cast the first stone.”